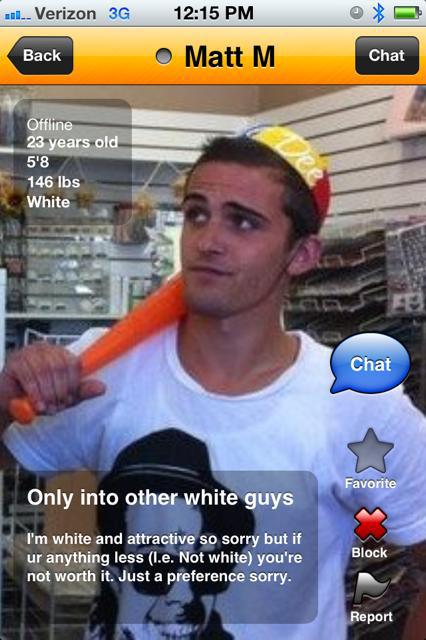 Yes, Race Privilege Exists And I Am A Victim Of It!

I am a victim of race privilege! But before I became a victim, I actually used to be a beneficiary of race privilege. Thus, the reason why I can so confidently claim that race privilege exists is because I have personally experienced both ends of this social phenomenon myself.

You see, growing up as an Asian in a predominantly Asian society, I had no idea just how much racial privilege I got to enjoy simply because of the fact that I was lucky enough to come out of the right vagina. I had no idea that the reason why my Grindr was constantly buzzing was because my typically Asian features aligned with the beauty standards of my society.

But when I went abroad to pursue my studies in a predominantly white country, suddenly I plunged from the very top of the racial hierarchy to the very bottom. My Grindr inbox was no longer being flooded with corny pick-up lines from swooning gay guys. Not only that, suddenly I found myself being confronted with Grindr profiles like this:

And I could go on and on but I’m sure you get my point by now. Basically, I found myself constantly being confronted by profiles which explicitly stated that they didn’t even want to talk to someone of my ethnicity. And you know what is even more insulting than that? It’s that all these white boys all act like minorities are climbing over one another in order to get under their pants. The fact that they feel the need to state their racial preferences on their profile makes it seem like minorities are all dying to talk to them. And what’s worse is that most of them look like this dude who could easily pass off as Elijah Wood’s fat twin:

And do you know whose fault this is? 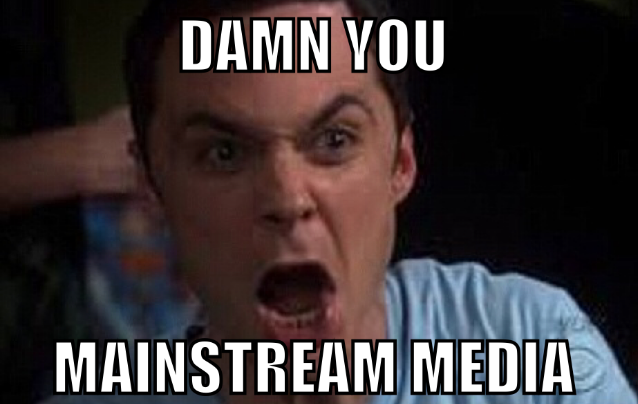 It’s pretty simple really. Mainstream media has long been held responsible for shaping our beauty ideals. And the mainstream media of your society tends to bombard you with images of attractive people that make up the racial majority of your society. For example, if you’re living in the USA, the leading men and women of American dramas tend to be white. If you’re living in Singapore, the leading men and women of Singaporean dramas are pretty much all of Chinese ethnicity. By bombarding us with images of attractive people of a certain race, it unwittingly conditions us into perceiving people of the majority race as being more attractive. Traits attached to that particular race are thus perceived to be more favourable and the further one deviates from it, the more unattractive one would be perceived.

The problem with putting a particular race on a pedestal is that it has a huge impact on the minorities. With less representation on mainstream media, minorities are more easily subjected to racial stereotypes. What’s worse is that gay minorities are constantly exposed to assholes like this dude who perpetuate the belief that being born white is supposedly some kind of feat:

So unsurprisingly, plenty of gay minorities end up internalising that belief and develop an inferiority complex as a result. I have seen first-hand many examples of how the internalised self-hatred of some gay minorities cause them to throw themselves at people from the ethnic majority. And often, the result isn’t pretty as seen in the scenario below:

Of course, race privilege isn’t an issue unique to the gay community. But it’s certainly a lot more apparent in the gay community because so many gay men don’t see anything wrong with blatantly stating their racial preferences on their profile simply because ‘it’s not racist if it’s just my preference’.

Yes, I can understand that you can’t help it if you’re only attracted to others of the same ethnicity since the media conditioned you that way. What you can help however, is to stop broadcasting your racial preferences because your seemingly innocuous action is actually doing a lot more harm than you could possibly imagine.

So while there is nothing anyone can really do to wipe out the phenomenon of race privilege, what we can all do is to lessen it’s adverse effects on gay minorities.

Why Polygamy Is Common Among Gay Men

2 comments on “Yes, Race Privilege Exists And I Am A Victim Of It!”