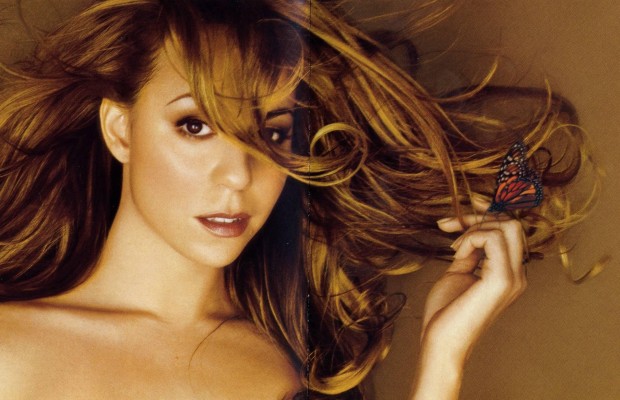 With 18 number 1 singles under her belt, Mariah is indisputably the Queen of Billboard. However, here are 8 other Mariah Carey songs that deserve their spot at the peak of the Billboard charts as well!

More than 20 years since its release, ‘All I want for Christmas is you’ still manages to inch its way into the Billboard charts every single year during the festive season. Widely regarded as a Christmas classic, this insanely catchy song firmly established Mariah as the undisputed Queen of Christmas. The fact that this song is one of the best-selling singles of all time makes it pretty surprising that it missed out on the number 1 spot during its release back in November 1994.

Although it failed to climb to the top of the charts, the fact that it has earned over $50 million in royalties definitely compensates well for it.

UPDATE: Mariah’s ‘All I Want For Christmas Is You’ finally ascended to the top of the charts in 2019, 25 years after its release! Her Christmas classic is now her record breaking 19th Billboard Hot 100 number one hit.

The collaboration of 2 of the greatest divas in music history on the soundtrack of a blockbuster Disney film should have been a guaranteed number 1 hit. So it is a real shocker that this inspirational powerhouse ballad inexplicably failed to hit the top spot. The song did however, manage to peak within the top 5 of many European charts.

Despite the disappointing commercial performance, the song still earned an Oscar for ‘Best Original Song’.

The butterfly has come to symbolise Mariah Carey herself but unfortunately, ‘Butterfly’ failed to chart within the Billboard Hot 100! No, it wasn’t because the song was a flop. It was due to the rules of Billboard at the time of its release that made ‘Butterfly’ ineligible to chart.

Arguably Mariah’s most controversial release to date, ‘Obsessed’ was heavily speculated to be a diss track targeted at Eminem. This catchy tune sparked a media frenzy and a very angry retaliation from Eminem himself. In light of the heavy publicity surrounding the feisty single, it comes as a surprise that ‘Obsessed’ failed to reach the number 1 spot.

Mariah has always enjoyed success with her covers of old classics so it’s a shame that her impressive cover of this Foreigner hit failed to make much of a dent on the Billboard Hot 100.

Mariah takes the old hit and transforms it into a powerhouse ballad bringing it to greater heights with her soaring notes and heavy emotions. Although it failed to hit the top spot, the song is a powerful reminder of her formidable vocal talents.

Released as the 6th single from her hugely successful 10th studio album ‘The Emancipation of Mimi’, this beautiful gospel track was not heavily promoted, which explains its failure to chart on the Billboard Hot 100. Nevertheless, her performance of this song at the 48th annual Grammy Awards earned her a standing ovation from the crowd and widespread critical acclaim.

Released during one of the lowest points of Mariah’s career, ‘Through the rain’ failed to become the comeback song that Mariah badly needed during 2002. With its relatable lyrics and captivating melody, this powerhouse ballad definitely deserves its place at the top of the charts.

Released in 2012, this uplifting urban anthem failed to make much of an impact commercially and critically during the time of its release. Commercially, the song flopped since radios refused to give ‘Triumphant’ much airplay due to its lack of mainstream appeal. Critically, the song was heavily criticised by music critics for Mariah’s lack of presence in the song.

In retrospect however, Triumphant (Get’Em) has got to be one of Mariah’s most underrated releases to date. While the lack of Mariah is indeed a valid point, Mariah totally nails it during her parts of the song, especially when she leads the stadium-sized anthem to a climatic finish during the last minute. That plus the fact that Mariah looks absolutely gorgeous in the video definitely redeems the song from its lack of Mariah and makes it a worthy Billboard Hot 100 number 1 track.

If I’ve missed out on anymore deserving Mariah Carey singles, let us know in the comments below!

Support Dear Straight People and our mission in producing content for the LGBTQ+ community by joining us on Patreon.

1 comments on “8 Mariah Carey Songs That Should Have Become Number 1 Hits!”