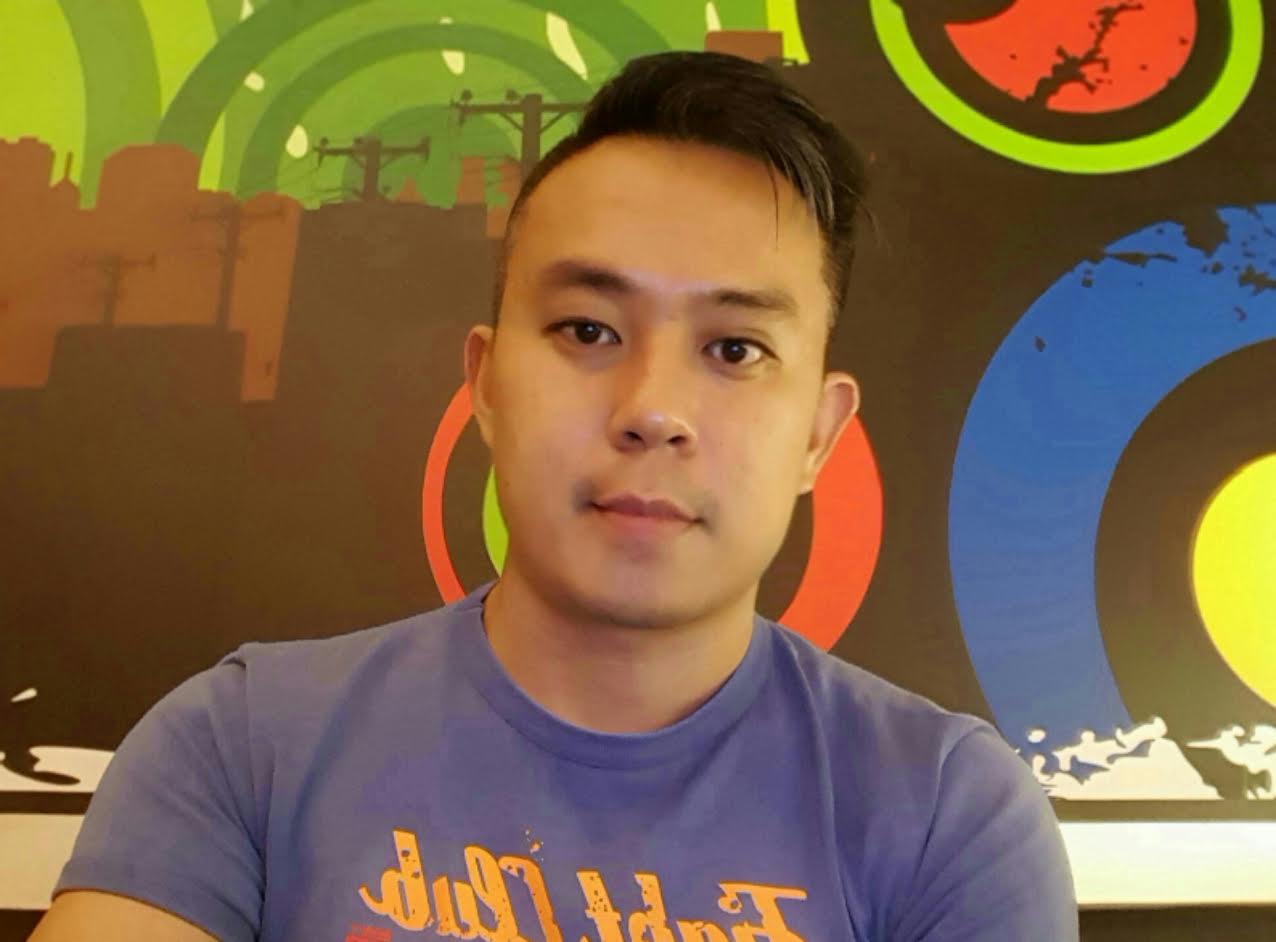 Out Of The Closet: Bryan Choong Shares His Story

By Dear Straight People in Coming Out, Dear People, Gay, Gayspiration, Out Of The Closet on June 1, 2016March 31, 2020
One comment

A lifelong activist, Bryan has been championing LGBT rights since his late 20s. A prolific figure within the activist community, Bryan was one of only three Singaporean recipients of the 2014 Asia Pink Awards. And to most of Singapore, that’s what Bryan continues to be only perceived as, a LGBT rights activist.

But there’s a lot more to Bryan’s story than his activist journey. From his humble beginnings living in a rented HDB flat to his first gay relationship, read on to find out more about the man who spent much of his adult life fighting for equal rights. 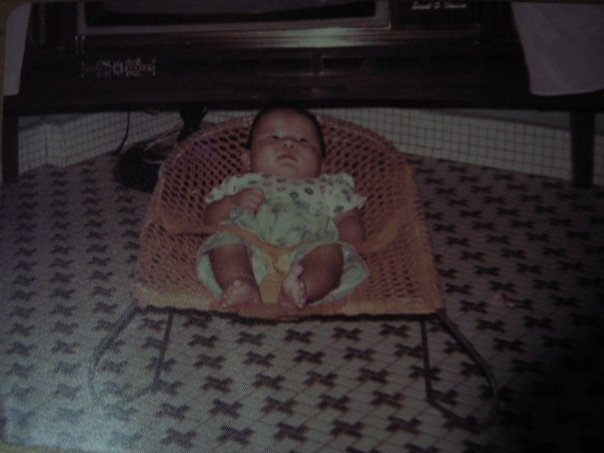 As a young boy, Bryan grew up in less than ideal circumstances. His family wasn’t well to do. And he had a very difficult relationship with his father from as far back as he could remember.

Things got more challenging financially after his parents filed for divorce when he was 18. 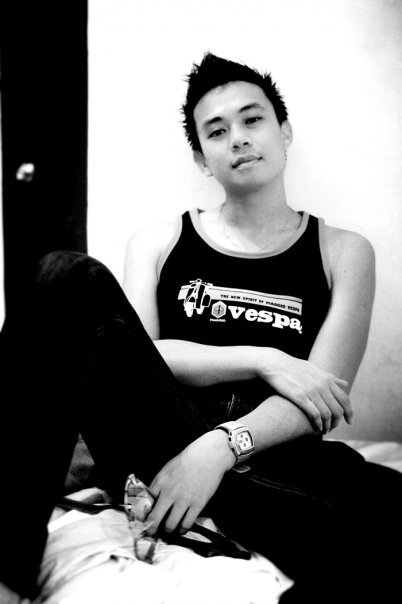 The year was 1997 and the Asian Economic Crisis was in full swing.

Unemployment was rampant then and as part of the divorce settlement, the matrimonial home was sold at a loss. His mum was having a tough time working in the factories and would save money by preparing her meals and walking to her workplace every day.

We were staying in a rented HDB flat. I really wanted to buy our own flat as soon as possible and improve our living condition.

In order to help shoulder his mum’s financial burden, Bryan decided to sign on with the Air Force. He became an Air Force system specialist, a role that he held for 8 years. And he bought his first flat at 21 years old. It was also during his time as an Army regular that Bryan first made his foray into the activist scene. 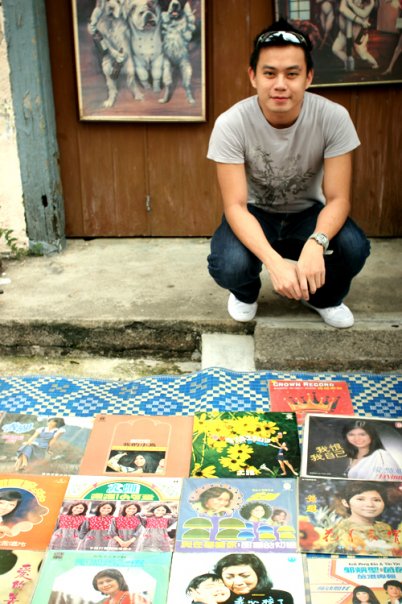 In 2005, Bryan attended one of Oogachaga’s support group sessions. During those days, Oogachaga functioned very much like a cell group.

At that time, it was still very informal and driven by volunteers. It was done in borrowed spaces, sometimes in people’s houses, sometimes at NGOs.

By 2008, Oogachaga became very visible and active as a LGBT group. The following year, Bryan became its Executive Director where he led a team of full-time staff and volunteers. 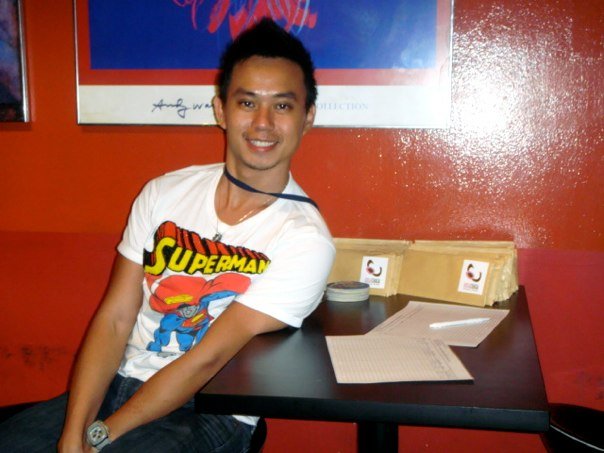 As the head of Oogachaga for 6-years, Bryan doesn’t just counsel troubled souls. He has also spearheaded numerous outreach programs. And one of the most interesting programs he has led so far was ‘Project Undress Your Soul’, a 9-month long pilot project held at a local gay sauna.

Before the advent of gay apps, gay saunas functioned very much like community centres, serving as a safe space that allowed closeted gay men to socialise and be themselves. Having sex in the saunas wasn’t always the objective. And many gay men would simply sit around in the television lounge or at the bar counter and pour their hearts out to the bartenders. 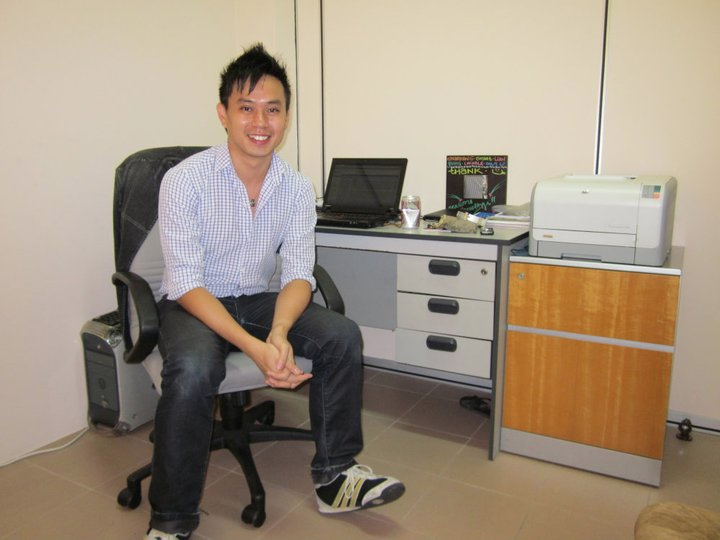 So instead of waiting for people to drop by their headquarters, Oogachaga decided to go to them instead.

I would be there every Sunday. They would make an announcement over the PA system and announce that the Oogachaga counsellors were there.

Most of the men Bryan saw had trouble coming to terms with their sexuality. Others were just incredibly lonely. And there were even some who were trapped in an unhappy marriage. But of course, there were plenty of interesting characters at the saunas as well.

There was this particular guy who would do what he termed as “charity sex” because he felt some people looked like they just needed some intimacy.’

After serving at the helm for 6 years, Bryan stepped down from his Executive Director role in 2015, but continues to work closely with Oogachaga. He currently works at B-Change, a not-for-profit organisation that aims to promote the health and well-being of the LGBT community in Southeast Asia through the use of mobile technology. 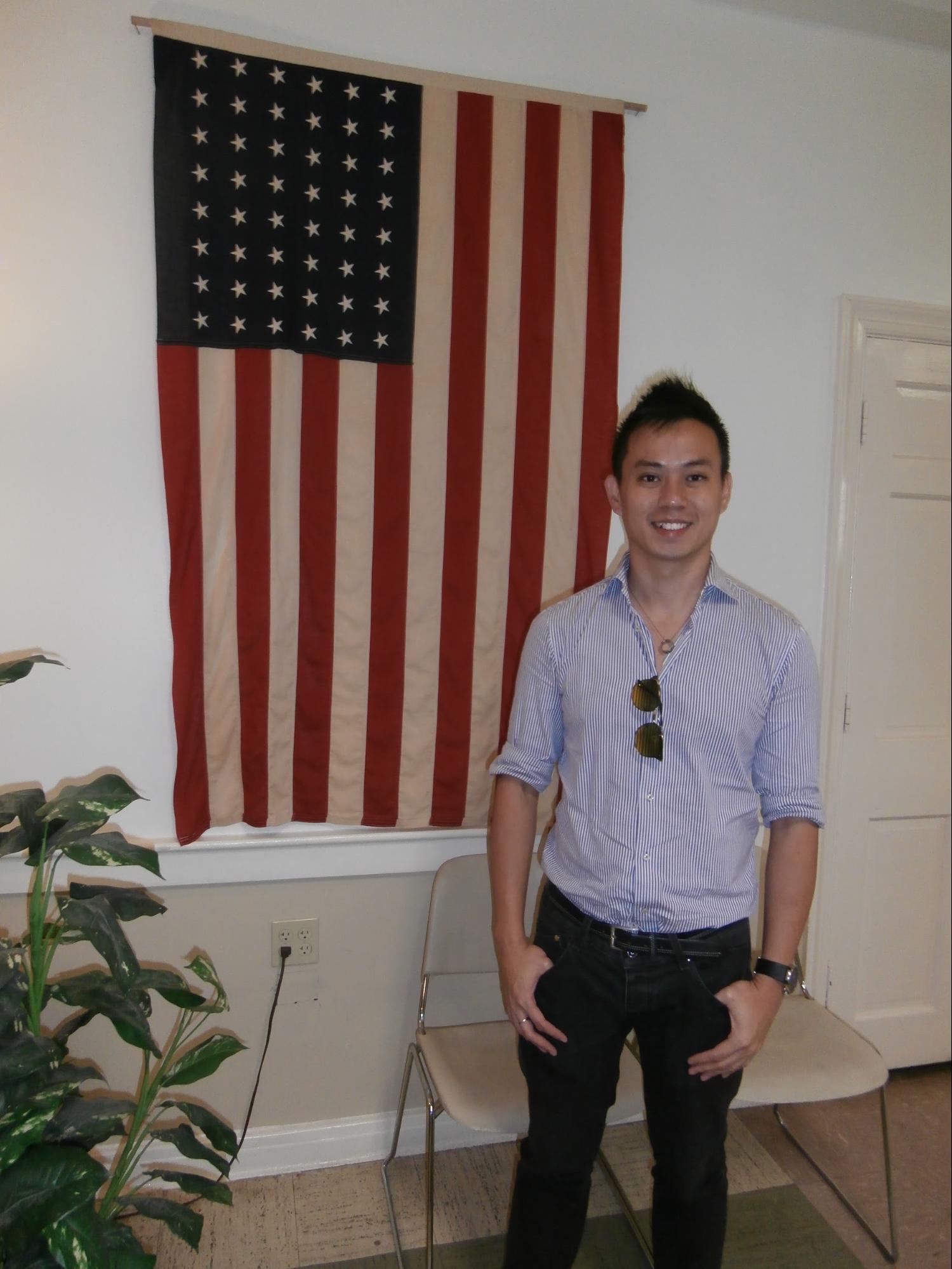 On a more personal level, Bryan confesses to having a thing for non-Chinese men. Almost all of his ex-boyfriends have been of Indian descent. Totally clueless about dating, he got into his first gay relationship at the age of 24, after knowing the guy for just one night!

The whole fiasco started when Bryan was tricked by an airforce colleague into revealing who his office crush was. Enraged, he logged onto Facepic.com, a now defunct social networking site, chatted and then met up with the guy the next day outside the old National Library.

He was like ‘You are kind of cute, can we be boyfriends?’

That relationship, while not serious, lasted for 6 months. Thereafter, he’s had a few more serious relationships, and is still learning to be a better partner each time.

I like people who are ambitious, driven and who leave me alone to do my own things. I also like men who are taller than me. 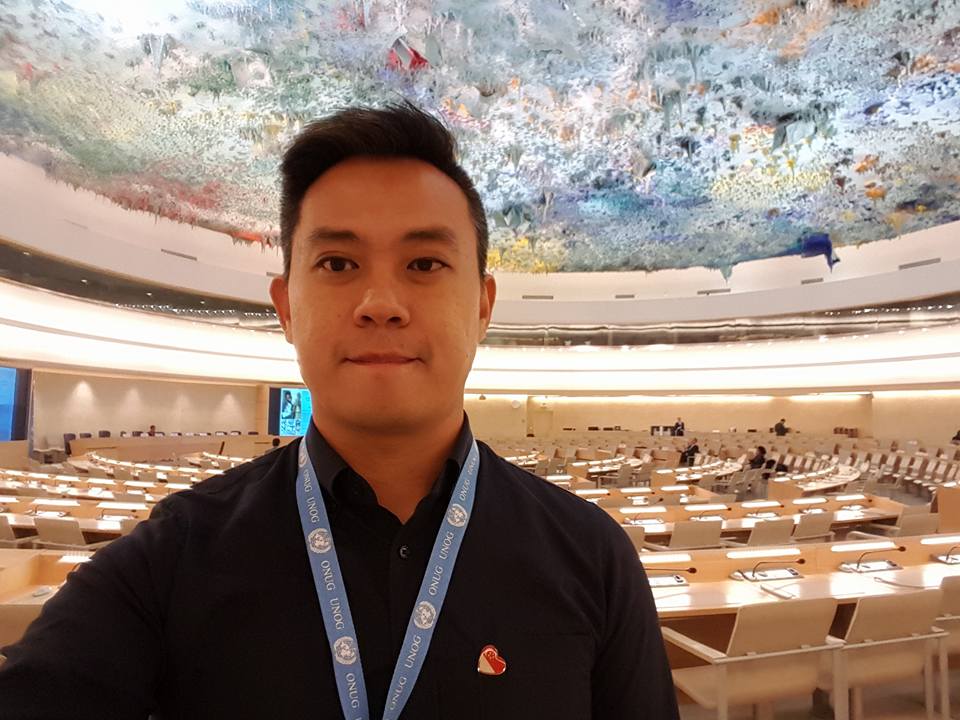 Bryan has very kindly agreed to share his coming out story so read on to find out more about him.

1. When did you first experience same-sex attraction?

I knew I was different when I was maybe 12 or something… when puberty started.

I remember there was this American psycho thriller that came up on Channel 5. It had something to do with some strippers doing a striptease on stage. I still remember vividly those guys dancing in their underwear on stage.

2. Growing up, what were some of the difficulties you faced as a gay man in Singapore?

I guess growing up in the 90s has its advantages and disadvantages. The disadvantage was that I couldn’t find a lot of information that explains or describes how I feel as a gay person. I was quite an introvert and had low self confidence when I was younger so I did not know who to ask whenever I was confused with the feelings I had.

The advantage was that I was shielded from any possible negativity associated with being a gay person since there was no internet.

I came out to *Gabriel (not his real name), a guy I liked in polytechnic.

There was one day it was just me and Gabriel alone in the classroom. Gabriel told me that he heard that I was interested in someone in the class. Everyone assumed it was a girl. There were only 8 girls in the class.

I told him yes, I was interested in someone in the class and the person is in the class with me right now. There was dead silence and I was embarrassed so I quickly packed my things and left.

Gabriel called me that night and asked if I was ok. That was when I realised that there are straight men who are ok with gay people.

4. How is your family coping with it?

My mum actually knew for a long time. When I was young, my mum was told by her sisters that her son a bit odd, likes to play with Barbie Dolls.

She only talked about it openly 4 or 5 years ago. Before that, she wasn’t ready to have a conversation about it. The first conversation when she acknowledged me as a gay man was directed to my ex. My mum actually asked him ‘Did the two of you break up cos Bryan looks so upset?’

5. How did you end up as the Executive Director of Oogachaga?

I have been very active in Oogachaga for about 4 years. The management committee was made up of a few key volunteers and we worked very hard to make sure the counselling service, hotline and events were running smoothly.

But we also realised that in order to expand and manage the organisation well, we needed to have someone manage its daily operations. The opportunity came at a time when I realised that I was prepared to leave my previous employment, and devote more energy into managing Oogachaga. I guess it’s a situation of being in the right place at the right time. It was actually quite a daunting experience when we moved from a volunteer-based structure to a mixed team of full-time staff and volunteers, and I had to learn the ropes on my own.

That said, I am always grateful to the trust given to me by the management committee and the volunteers of Oogachaga.

6. What has been the greatest challenge in managing Oogachaga?

The greatest challenge was learning new ways to tell the same story. I spent the first year of my role engaging LGBT clients and community groups.

When we started to reach out to social services and healthcare providers, I realised that the way we used to communicate to our own communities was not effective on them. The level of awareness and understanding on LGBT issues was really low then so we changed our approach during our public awareness and education programs.

The same thing happened when I started to engage corporate partners. What we think and feel are important to the LGBT community, social services and healthcare partners do not resonate well with corporate partners. While they all recognise that the LGBT issues in Singapore is challenging, they are constantly looking for a corporate or a workplace specific angle to it.

So once again, I had to adapt and find a new way to communicate the same set of information.

7. How did the name of ‘Oogachaga Counselling and Support come about?

The Oogachaga name came from the TV series ‘Ally McBeal’. Whenever she hallucinates, a CGI baby would jump out and dance to the song ‘Oogachaga’.

When we first started out, we contemplated whether we should drop the ‘Counselling’ from the name due to the stigma attached. But in the end, we kept it as we are indeed a counselling centre.

8. How has the cases you’ve seen at Oogachaga changed over the years?

Oogachaga used to see more closeted people and the issues they faced generally tended to focus on acceptance of their sexuality.

Now, the cases are more complex. They would tell us about their relationship issues, work issues, substance use and sex addiction etc. We are also seeing more transgender cases now. It’s encouraging that more people are coming forward to seek help.

9. What advice do you have for people still hiding in the closet?

You will be the only person who will know when is the appropriate time to come out.

But when you are in the closet, don’t bash yourself up for it.

10. What do you think is the biggest misconception straight people have about the gay community?

I find it very disheartening when people who don’t do anything for the LGBT community like to criticise the work that activists are doing. When I first started, I actually got an email from a gay man who said ‘please do not rock the boat.‘

1 comments on “Out Of The Closet: Bryan Choong Shares His Story”