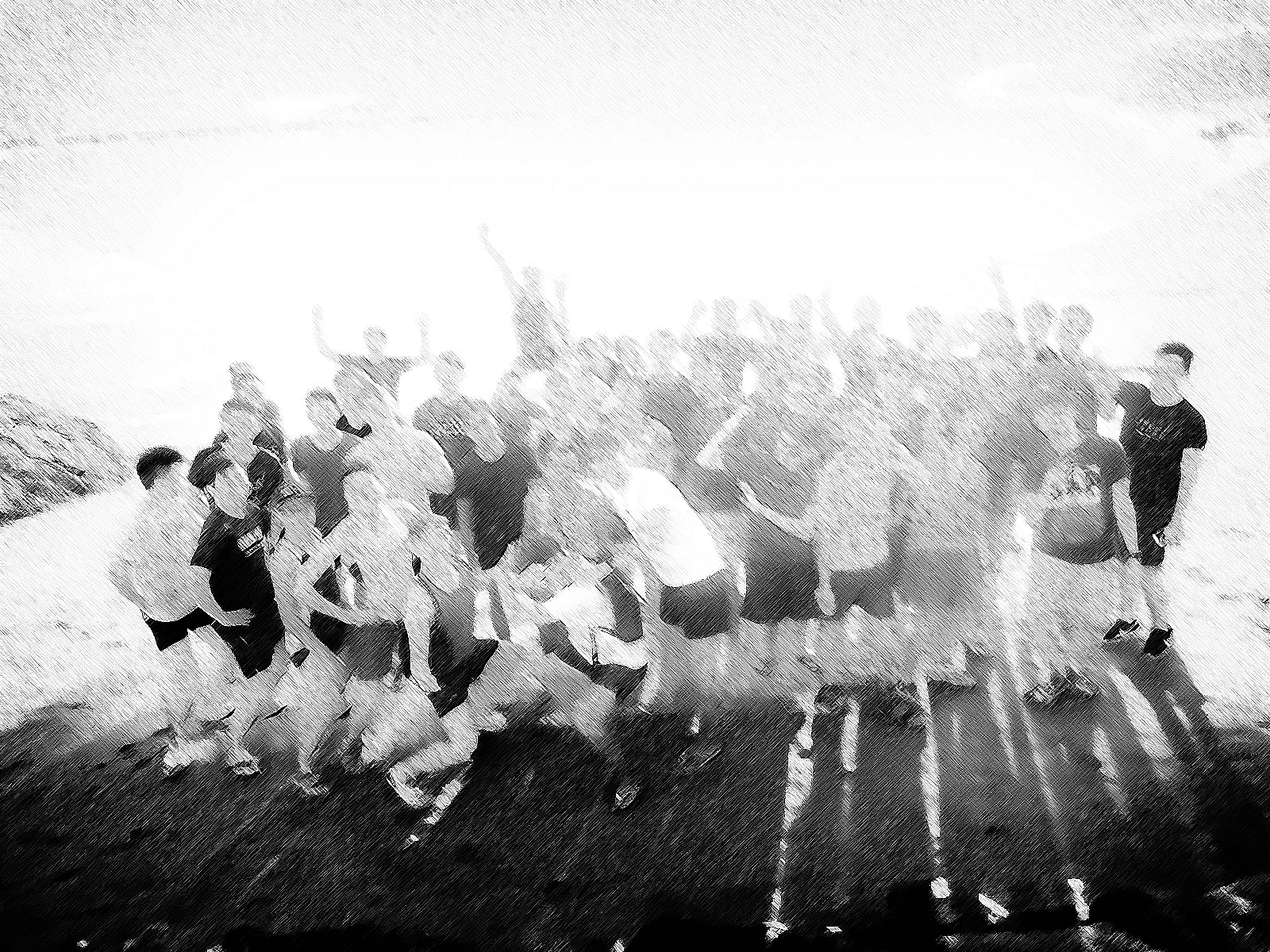 What It Was Like Attending A Gay Camp In Singapore

For those of you looking to meet other gay, bi and queer men in a non-alcoholic real life setting, this candid reflection will provide you with a rare insight into what goes on at SGRainbow’s annual gay camp.

It all started when I chanced upon a Facebook post calling for participants for an upcoming gay camp held by SGRainbow.

But eventually, I put these worries aside and signed up for the camp.

Why I Decided To Join A Gay Camp In Singapore

I was clinically depressed after transiting into university. It was not about the academic pressure, but rather my sense of identity as a closeted gay person.

Since my freshmen years, I was part of a guys-only clique in school. However, as time went by, they slowly revealed their true nature as homophobes who have the habit of using ‘gay’ as a way to demean others. I suppressed my feelings for an unhealthy period of time. I tolerated and put on a facade of being an ordinary straight person.

Back then, I felt alone. I longed for someone to HTHT with. Someone, or some place, where I could drop the facade and be myself. In the day, I would be a walking corpse in school. At night, I would be frantically refreshing Grindr and Tinder, hoping for replies. But my match ups were more interested in hook-ups instead, as my inbox was flooded with queries for ‘fun’.

Maybe I am an overly-conservative person. But I was reluctant to adopt a promiscuous lifestyle. There were nights when I got emotional as I worried for my own future. When, and how, could I enjoy a ‘long term relationship’ when I was still struggling with just being able to accept myself.

It was then, I decided, that I should step up and be myself.

Whatever worries that I had before vanished on the day I attended the camp.

I was greeted with a radiant smile by my orientation group leaders, who were all volunteers bent on helping gay youths. Their warm personalities helped to put me at ease as they ensured that every participant felt comfortable being part of a group. The energy was empowering and it made my baby steps into being a gay man feel hopeful.

I felt a sense of relief having finally found peace of mind in appreciating my own identity as a gay man. In a short matter of time, I became close with my newly-met peers and we participated in the many ice breaking games arranged for us.

Also, the turnout for the camp was impressive! The crowd was a friendly bunch of young gay individuals. Surprisingly, I even bumped into someone I knew – an acquaintance from my secondary school!

Highlights of the queer camp 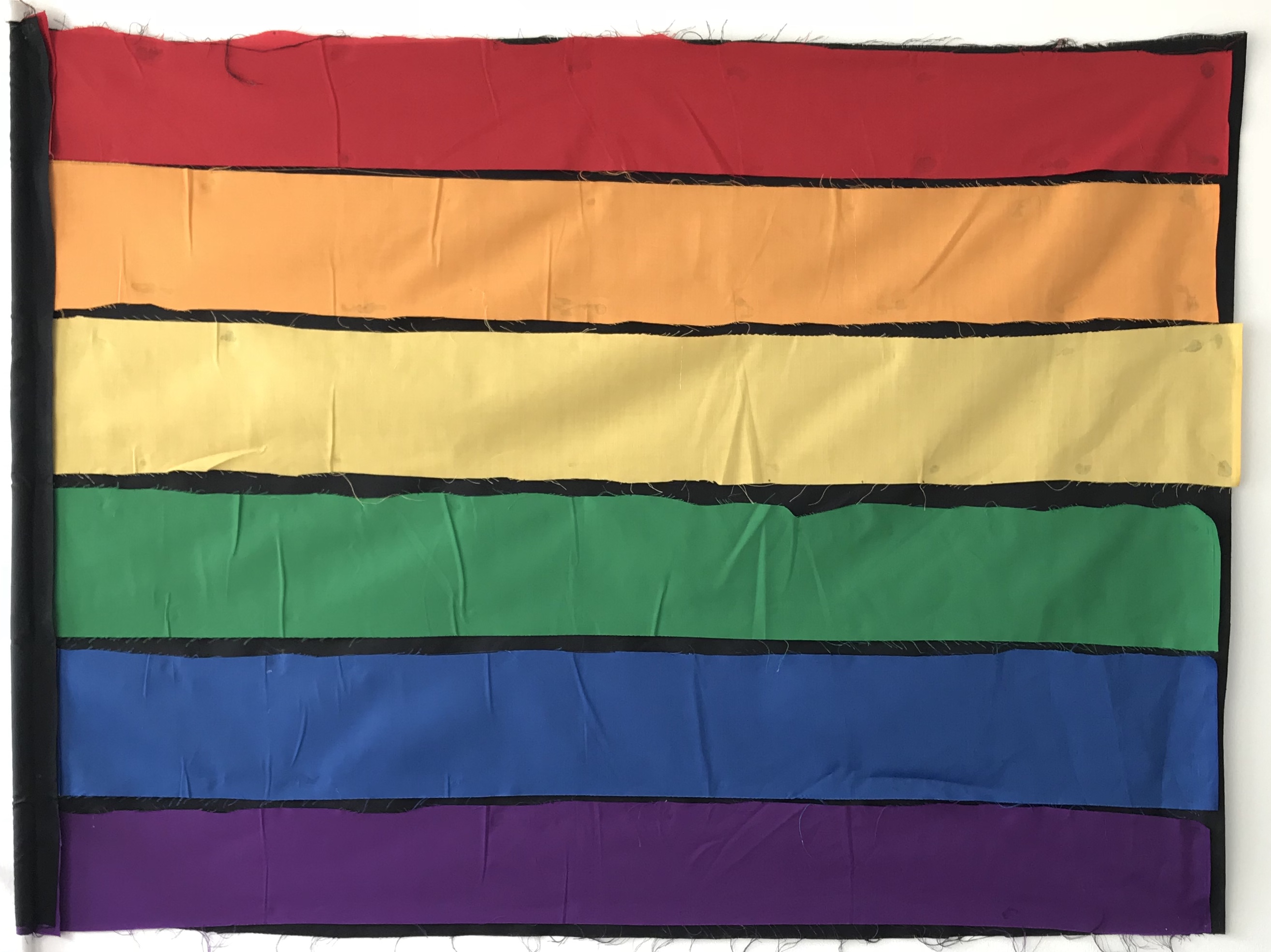 Apart from the fun ice breakers, the highlight of the camp for me would have to be the HTHT session in the night.

After a long day of games, the individual teams gathered in their own accommodation for a time of sharing. The theme for the discussion was ‘Identity’. We were given 20 minutes to illustrate our individual journey as a gay man on a piece of paper. Later, everyone would be given a chance to share their story of being a young gay man in Singapore.

I drew details onto the piece of paper but I was sceptical about sharing. I entertained thoughts of backing out or skipping through the details. As we sat down in a circle, I looked to my right and thought to myself “one two three four five, phew… I’m not the first to share”.

X was the first to share, and he set the expectation for the sharing session. Before X even started, tears were rolling down his cheeks. He recounted his teenage days where he was sexually abused by a close adult friend of his. Suddenly, the stereotypical gay stories you often read about in the papers became incredibly real.

As X was someone close to my age, I felt particularly empathetic towards him. X was selfless in sharing and he kept the momentum going for the session. The remaining nine individuals in the team continued to share their personal stories, each unique in their own ways. The intended one hour of sharing carried on for another hour, and it is a precious memory that I will always treasure. It is not an easy task for people to open up about their past, but we can all learn to be a better person by embracing our past.

The remaining activities for the night were more introspective in nature, comprising of a series of insightful workshops on a range of topics. We also had firsthand sharing sessions from HIV-positive people about their struggles in dealing with HIV. Listening to their stories really educated me on the common pitfalls within the community.

Biggest takeaways from the queer camp

My perspective towards myself changed drastically after attending the camp.

The sharing session had enriched my knowledge about what it meant to be a young gay guy in Singapore. After hearing the numerous stories shared by my peers, I learnt to appreciate that my current situation wasn’t so bad after all.

In retrospect, coming out to myself at the age of 24 proved to be a fortunate event. I’m glad I went for the camp with an open mind and learnt more about the experience of my peers. Their stories remain close to my heart and provide me with strength. I’ve become more comfortable opening up about my sexuality with my friends, including my close colleagues, and they accept me for who I am. Life has became more enjoyable since I learned to embrace my own identity.

And I would certainly recommend all gay youths reading this to attend the camp as well. Come enjoy the good vibes and make friends for life.

For the BFFs out there: if you know your friend who has been struggling with his identity, give him a little encouragement to apply for this camp. It’s time for him to embrace, rather than avoid, himself.

Edits to parts of the submission not affecting the primary message have been made. 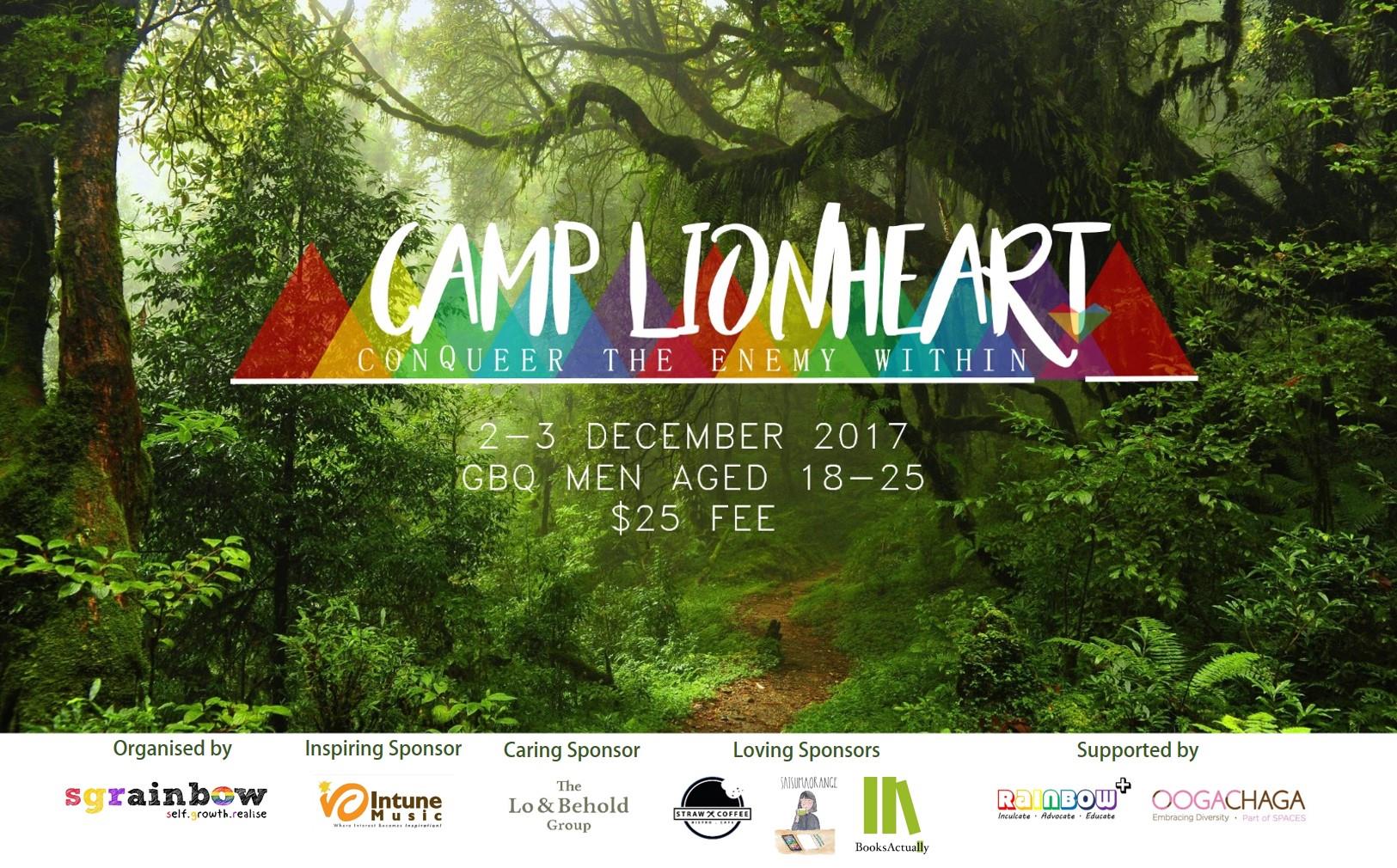 Open to gay, bisexual and queer youths aged 18 to 25 years old, join the SGRainbow team for an amazing 2D1N experience like no other!

Camp Lionheart is open to GBQ youth aged 18 to 25-years old only.