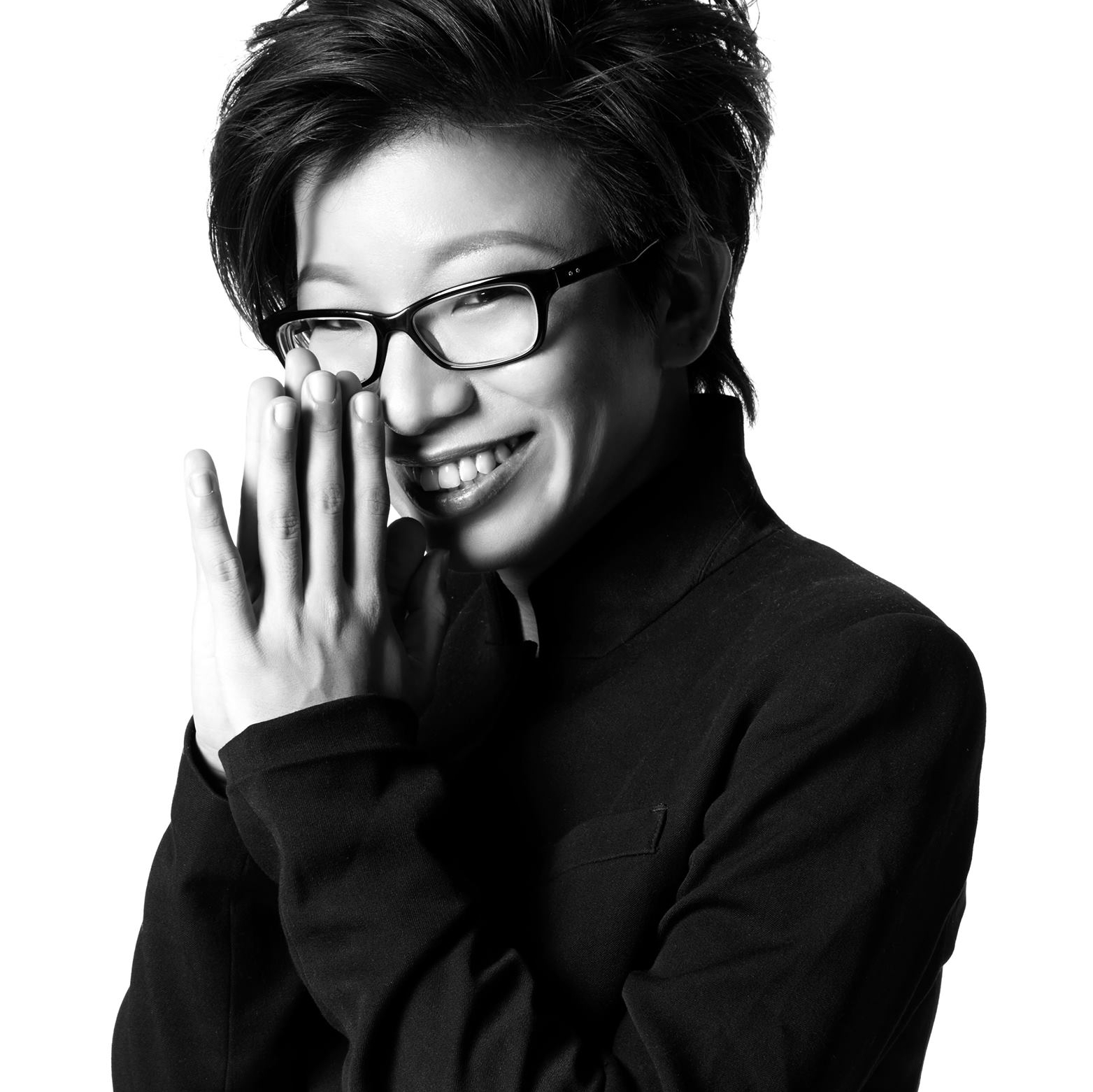 10 Things You Have Always Wanted To Ask A Lesbian

From scissoring to discrimination, the CEO of GOODSTUPH offers a refreshing and witty take on 10 common questions people always ask lesbians!

A decade ago I had my own column called The P Spot, on Australian’s national lesbian magazine, LOTL. For over a couple of years, I penned a library of frivolous articles about being a lesbian, from outing myself to my mum, to eating fur pies (sorry to all my colleagues reading this), to sex toys.

In March 2008, LOTL columnist and Singapore dyke-about-town Pat Law pondered the question “Is it acceptable to use a sex toy one had used with an ex on a new shag?” among a myriad of emotional and logistical challenges of being a lesbian player.

I gave up on The P Spot as my career progressed. In the local lesbianville, I was accused of selling out, of wanting to pretend I wasn’t gay anymore. Fuck you, bleeding ovaries. You must be blind to not know I am gay.

The closure of The P Spot was an unceremonious affair. No last words. No goodbye-dear-readers-thank-you-for-your-support-I-love-you-so. Nothing. I stopped writing about sex toys and started writing proposals about beer, beauty and computers.

There was nothing to reminisce about because I wrote for my own entertainment. There wasn’t a higher purpose. I can’t possibly shed a tear for a meaningless life.

Last week, I called upon my followers on Instagram to fire away any burning questions they may have for a lesbian. I’m not going to humblebrag my accolades here but for an openly out-and-about Singaporean Chinese lesbian living in Singapore with a family that considers my girlfriend one of their own, I am aware of how blessed my life is. What an anomaly I am amongst lesbians. The freedom of not living a lie is not something a heterosexual will understand naturally. It’s suffocating living in the closet. For all the freedom I inhale today, it is about time I pay back to my community a debt long overdue.

Without further ado, here are the 10 things you guys asked.

Obviously, I speak not for the entire community. The answers below are of my personal opinion and does not represent what the lesbian community or Roseanne Barr thinks.

1. How does scissoring work?

I figured I should get all the sexual questions out of the way first. Also known as tribbing, scissoring works only if you’re being paid shitloads for it and you have extra padding on your vagina to stop the bruising.

No, I am largely organic. It is very troublesome putting one on and I like wearing skinny jeans.

4. Does it mean you can’t fake an orgasm?

You can, if you have the acting chops of Meryl Streep. To my earlier point about copulatory vocalization, if your woman goes at 170 bpm, give her a damn Oscar already.

5. How do you know if the other girl is also a lesbian?

You ask. And if you’re too shy to do so, check for the following signs:

6. What if she gets insulted by the question?

If only you know the number of people who have asked me this follow-up question right after the former. It is telling of the society we live in, and of what goes on in the minds of lesbians (and I’d say gay men too) when they find someone attractive. That mixture of fear and guilt that runs through your veins, when all you want to know is if someone’s available.

Labels should be reserved for jars.

But that’s not the society we live in. That may never be. Categorising people is convenient. Discriminatory, but convenient. I mean, just look at the number of letters to people who are not heterosexual — LGBTQIA. 7 labels of pink. Even target segmentation on credit card application forms have less options.

I don’t need a lecture for why someone straight might find the question insulting. I attended Sunday school long before I realised I was different.

I ask for straight folks to try to understand the root of the question. By virtue of our sexuality, it is ingrained in a good number of us to be considerate to straight people.

Have you ever thought that perhaps, we have to ask because the last thing we want is to offend you further by coming on to you if you were not gay?

Have you ever tried hitting on the opposite sex only to have him or her, removed of all grace, respond blatantly with a grossed out expression?

Don’t get me wrong, everyone has the right to decline advances. You don’t need to look like you are suffering from morning sickness (unless of course, you’re really pregnant and some lesbian tried hitting on you then yes, she is sick).

To all who’ve asked this question — if she is insulted, she’s not worth it.

7. How do I meet other lesbians if I’m not out and I don’t want to use a dating app?

There are girl-only parties you can go to (google) but I am in two minds about this. I wish we don’t have to meet at a party between a bottle of whisky and a bottle of vodka. I wish we could meet by the aisle of a bookstore at the shelf of Mystery and Crime. Sober.

You want to know why gay people have such a reputation of being party animals? We have nowhere else to go.

8. How did you out yourself to your family?

I hired a PR agency, held a press conference, and gave out press kits. Kidding.

It was an accident. I was 23 years old and my mum walked in on me crying a river. I’m not generous with tears so mum was concerned. Instinctively, she knew it was about a breakup. It was between that, or a badly placed pimple on my nose.

It’s ok, there are plenty of fish in the sea, she assured.

Ma, you don’t understand, I wailed like a baby.

Girl ah, you really think I so stupid ah? So old already still bring ‘best friend’ home to stay over ah? I don’t like it, but you are still my daughter.

From that day on, I stopped lying to mum. She stopped fearing the truth (which was why she never asked). As a matter of fact, she became a bit too eager about the truth for my comfort.

So girl ah, that one boobs very big legs very long one also your ex-girlfriend?

She quite pretty, hor?

Of course. I have standards.

Mum will be mum, whether her daughter’s gay or not. The last time I shared a news article about me, she used it for the dog’s pee pen.

Girl ah, you all do what in bed ah?

I have never answered that question.

9. Have you ever been discriminated against for being a lesbian?

To begin with, I don’t get offended easily. On the contrary, I quite appreciate a good lesbian joke. I appreciate homophobes for at least putting the effort in the insult. Calling me a bloody lesbian just doesn’t cut it as an insult. Yes, I am one and whoa, how did you know I was having my period?

I haven’t been discriminated against for being a lesbian but it has a lot to do with the way I chose to see things, to keep my sanity.

I choose not to get angry over ignorance.

That I will be known for only my sexuality. I am a daughter, a friend, a girlfriend, Singaporean, Chinese, a creative director, a human to two chihuahuas, and oh by the way, I am also gay.

Being gay is part of who I am. It is not all that I am. I’m not about to win a pitch because I have nice arms.

The last thing I want is to be that gay person who makes every damn thing about her sexuality.

For that reason alone, this might as well be my one and only article about my sexuality in a long time. Do leave a comment and tell me what you think.

This wasn’t a question but I’d add it anyway.

If you want heterosexuals to accept you for who you are, stop making your sexuality all that you are.

Written by Pat Law – Chief Everything Officer at GOODSTUPH