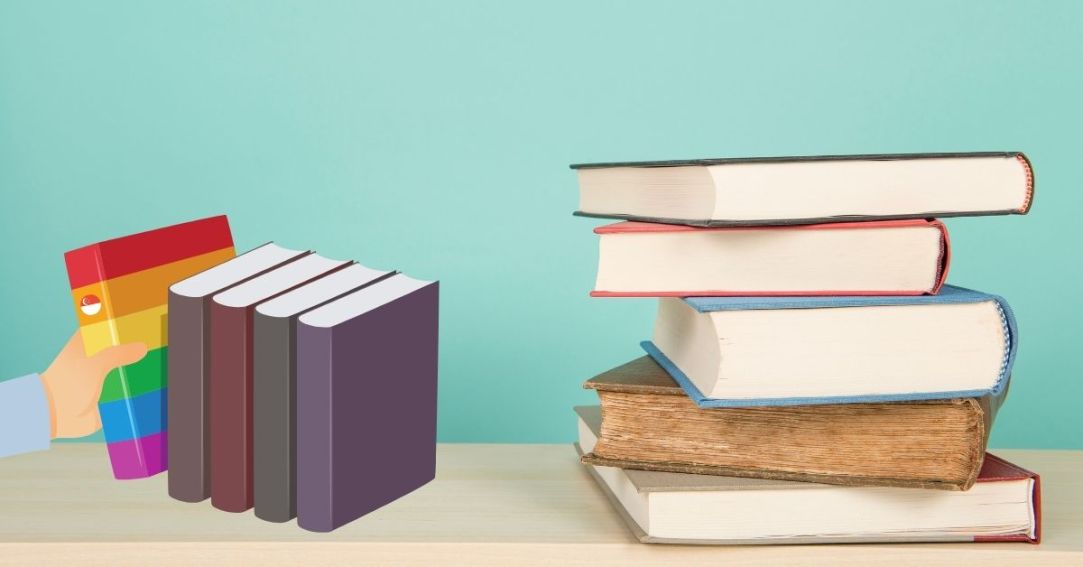 From Singapore’s own Stonewall event to an entrapment exercise that publicly humiliated 12 men, here are 3 major events in Singapore’s LGBT+ history you won’t learn in textbooks.

This may come as a surprise to you. But Singapore’s LGBTQ+ community actually boasts a rich history!

But since our history isn’t taught in Singapore’s textbooks, much of it is in danger of being forgotten by the younger generations.

So here is a little history lesson that you won’t learn in Singapore’s schools.

The 1993 ‘Rascals incident’ is regarded by many seasoned activists as Singapore’s own Stonewall incident.

On 30 May 1993, the police raided Rascals, a club located at Pan Pacific hotel that organised gay nights on Sundays.

Club patrons were interrogated and those without their NRIC cards were detained. During the interrogation process, patrons were asked how many times they have visited this club. Most lied that it was their first time, as they were concerned about getting a police record.

However, one brave man replied, ‘So many times I lost count’. That defiant response is still remembered by many up till today.

The brave man’s defiant response was not the only act of resistance that occurred in the Rascals incident.

Lawyer Wilfred Ong, who was present during the raid, decided to look into the constitution. That was when he found out that the police had no right to detain people without their NRIC unless they have committed something wrong.

Wilfred Ong may have been fresh out of law school. But he took it upon himself to pen a letter to the police. His attempt at getting signatures from senior lawyers failed, but he did successfully obtain 21 signatures from Rascal patrons.

He submitted the Letter of Complaint to the police and the Ministry of Home Affairs. On 29 June 1993, the police issued an apology signed by their acting commander:

“Due to the confusion at the initial stage, our officers had difficulty controlling the large crowd at Rascals. Some of the patrons became unruly and our officers had to raise their voices. We apologise for their lack of tact in dealing with the situation. We will take steps to prevent a recurrence and to caution the officers concerned.”

The ‘Rascals incident’ is now regarded by many as Singapore’s own ‘Stonewall’ event. In 2008, LGBT+ advocacy group People Like Us started the Rascals Prize, which awards $2,000 to the ‘best work related to sexual orientation or transgenderism’.

Police entrapment targeting homosexuals in Singapore were common during the 1990s, but one particular incident is still remembered up till today by many in the community.

In November 1993, 12 men were arrested during an entrapment exercise in Tanjong Rhu, a popular gay cruising spot. Good looking policemen posed as cruisers at Tanjong Rhu. In some instances, the policemen were the ones who made the propositions.

One of the accused argued that the policeman was the one who ‘suggested that they go into the undergrowth to have sex.’ Once physical contact was made, the men were nabbed and charged with “outraging their victim’s modesty.”

The 12 men who were arrested in that exercise were imprisoned, with their jail sentences ranging from 2 to 6 months. They were also all caned.

But that was not all.

The 12 men were also shamed in the press, with their names, age and occupations published in the newspapers accompanied by homophobic descriptions of their encounters.

Outraged by the entrapment exercise, artists such as Josef Ng and Shannon Tham staged performative pieces in protest against the treatment of the 12 men. Josef’s performance reportedly led to the government banning/restricting performance art for a decade.

Held at Sentosa, the party was staged on 8 August 2001 to coincide with Singapore’s National Day and were aptly named the Nation party. The first Nation Party reportedly drew a crowd of over 1,500 party goers.

Over the years, the Nation Parties grew in popularity and expanded to include multiple parties held over several days. Attendance was reported to have grown to a crowd of over 8,000 by 2004.

The Nation Parties started to attract prominent corporate sponsors too, including MNCs such as Motorola and Subaru.

In 2004, Nation:04 even scored a nomination for ‘Best Event Experience’ at the 2005 Singapore Tourism Awards.

But just as Singapore was building a reputation as one of Asia’s gay party capitals, Fridae’s application to organise the 5th edition of the Nation party was rejected by the Singapore Police, as it was deemed to be ‘contrary to public interest’.

The ban sparked outrage among the LGBT+ community, and it spurred LGBT+ advocacy group People Like Us to organise IndigNation 2005 in response to the ban.

Dear Straight People would like to give a special shoutout to Dr Roy Tan, who has been working tirelessly in documenting Singapore’s LGBT+ history on virtual platforms such as the Singapore LGBT encyclopaedia and YouTube for over a decade.

Without his work, this article would not have been possible. You can find out more about Dr Roy Tan in our interview with him here.

Let us know what other historic events in Singapore’s LGBT+ history should be included in this list.