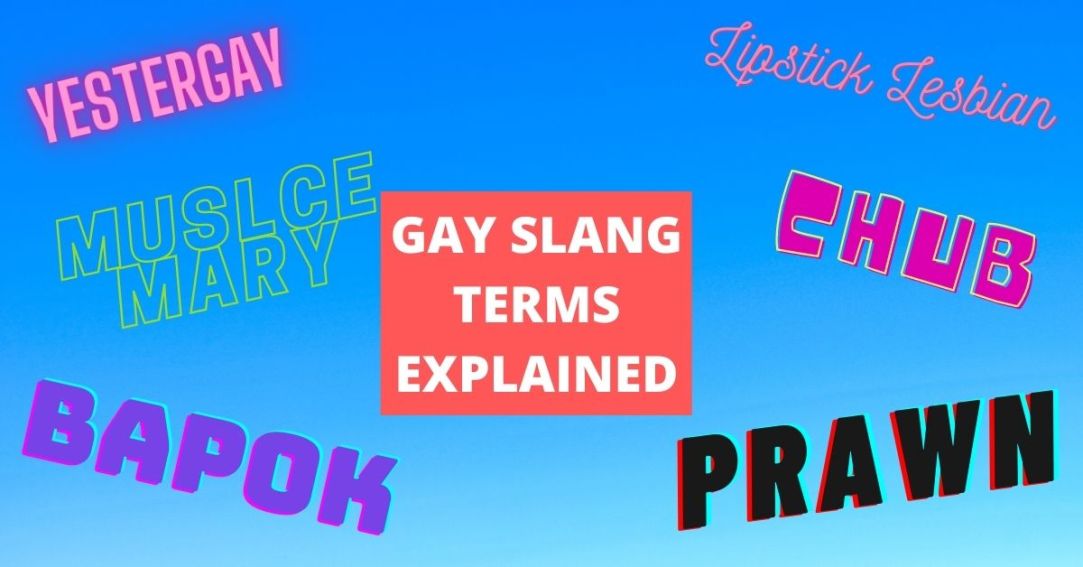 Find out the meaning behind the following 10 gay slang terms and how they came about!

Find out the meaning behind the following 10 gay slang terms and how they came about!

Meaning: An ugly gay man with a good body

Explanation: When you eat a prawn, you peel off the head and only enjoy the body right? Same concept applies here.

Meaning: A woman with many gay male friends

Explanation: It is plausible that since ‘fag’ refers to gay men in general and ‘hag’ commonly denotes an unattractive woman, the term ‘Fag hag’ probably came about since the fag hag is perceived as a hag to gay men as they have no sexual interest in her.

Meaning: Someone married to a gay person as a cover up

Explanation: The ‘Mary’ part of the term is used to emphasise the femininity of the muscular gay man.

Meaning: An offensive term for a feminine man

Meaning: A gay man who seeks sex at night

Explanation: Much like the supernatural creatures known as vampires, gay ‘vampires’ are most active at night but instead of seeking blood, they seek pleasure in the form of sex instead.

Explanation: ‘Chub’ is short for chubby.

Explanation: Lipstick is a traditional symbol for femininity.

Meaning: An offensive term for a lesbian

Explanation: Some people theorise that the term came from the word ‘hermaphrodite’ which means a person or animal that has both male and female sex organs.

Meaning: A straight man who used to identify himself as a gay man

Explanation: A play on the word yesterday.

4 comments on “10 Gay Slang Terms You Need To Know About!”