Creating viral content for a niche audience such as the LGBTQ+ community is hard.

But through years of practice, we’ve perfected the art of creating viral LGBTQ+ centric content.

From interview features to engaging videos, we know how to produce viral content that generates a ton of engagement, meets your marketing objectives and helps you stand out from the crowd.

Since our launch in 2015, we’ve conducted many successful promotional campaigns for a range of businesses targeting the ‘Pink Dollar’ across industries such as food, entertainment and nightlife.

Case Study 1: The Jock Shop – Over 1,800 shares on Facebook with no monetary boost! 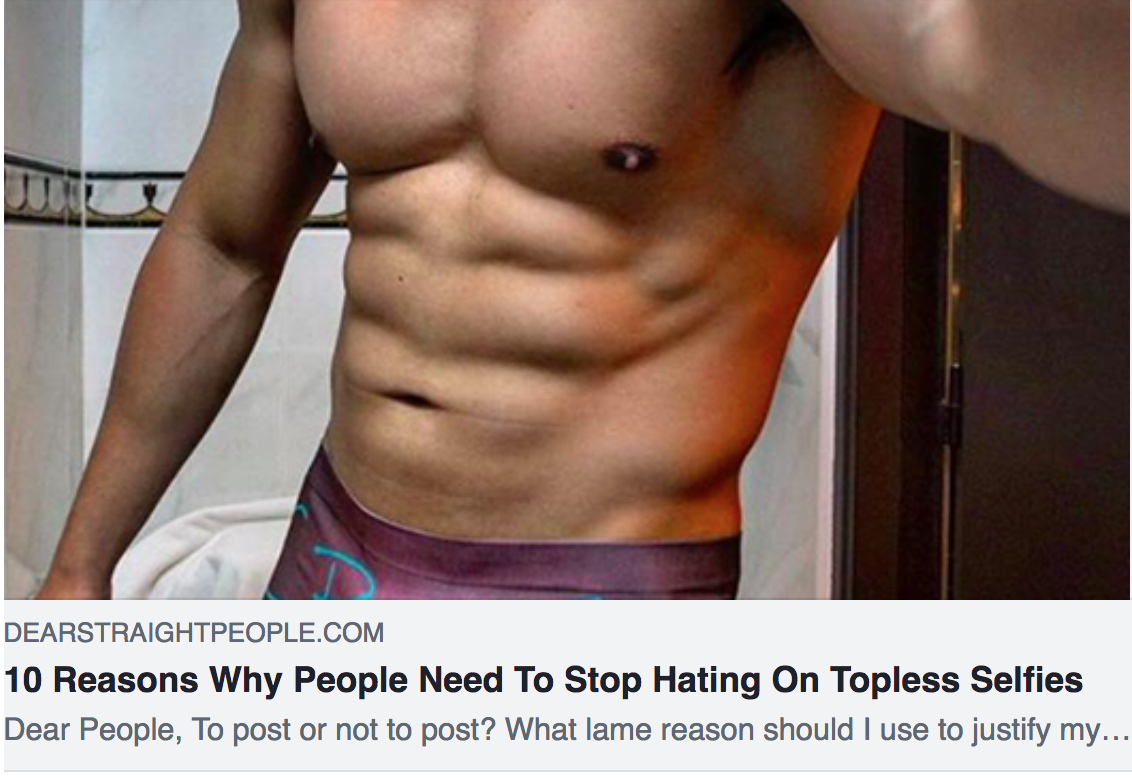 We came up with the clever angle of ‘10 Reasons Why People Need To Stop Hating On Topless Selfies‘ as a way to market their products organically. Not only does this angle touch on a hot but rarely discussed social topic, it also appeals directly to The Jock Shop’s target audience – men who like to take topless selfies. Why buy branded underwear if you can’t show them off in a topless selfie right?

Result? The article went viral, generating over 1,800 shares without any monetary boost and reaching over 20,000 people on Facebook! Best part is the article continues to draw traffic long after its publication, thanks to a high page rank on Google.

It’s not easy to stand out during Pride Month, but our campaign for Naumi Hotel Singapore managed to do just that.

We executed a 2021 Pride Month campaign for Naumi Hotel Singapore called ‘Celebrate Love’, which aimed to showcase the beauty of same-sex love by featuring an actual married gay couple who have been together for 11 years.

Our campaign went viral on Facebook, Instagram and even LinkedIn, where it managed to reach over 100,000 people and caused a stir in the marketing industry. In fact, our campaign went so viral that it was featured on Marketing Interactive; Asia’s leading marketing publication.

If you’re keen on partnering with us to explore the possibility of tapping into a large but often overlooked market, drop us an email at admin@dearstraightpeople.com.