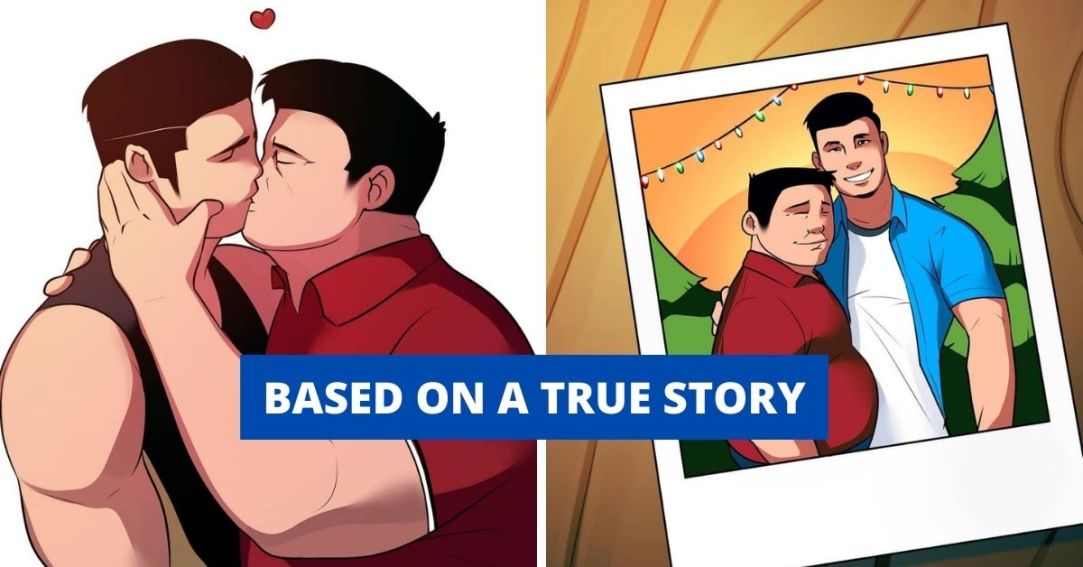 In the spirit of Christmas, we’ve put together a gay Christmas themed comic series based on a true story called ‘The Gift’.

In the spirit of Christmas, we collaborated with Toastwire to produce a gay Christmas themed comic series based on a true story called ‘The Gift’.

Inspired by a real life account of a gay couple in Singapore, this joint project took us over a month to put together. We hope you enjoy reading it as much as we’ve enjoyed telling it. 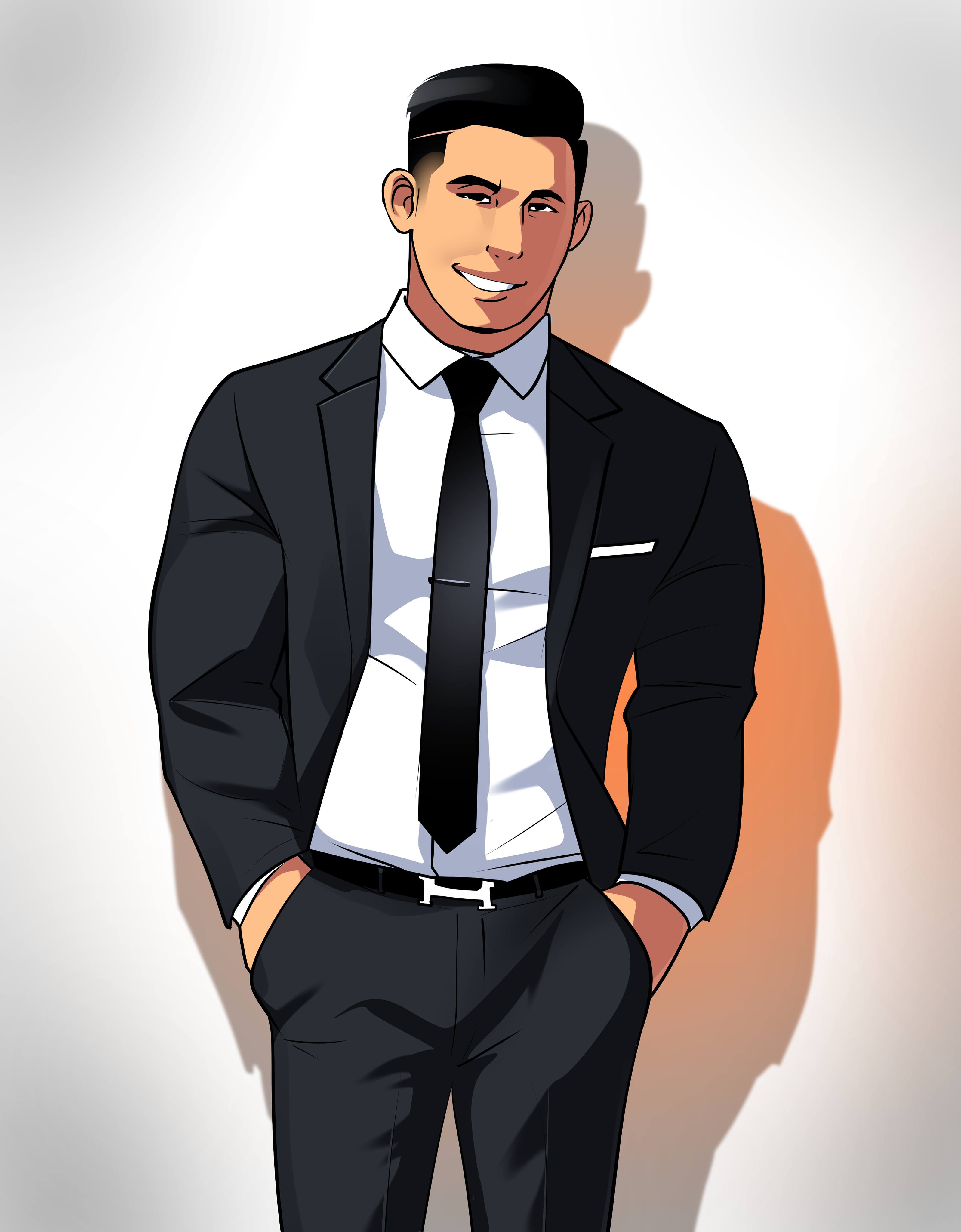 If you think he is attractive, wait till you see him shirtless.

Intelligent, driven and ambitious, Eric already owns his own place despite the fact that he hasn’t even turned 30 yet.

As charismatic as he is attractive, Eric also happens to be my boyfriend! 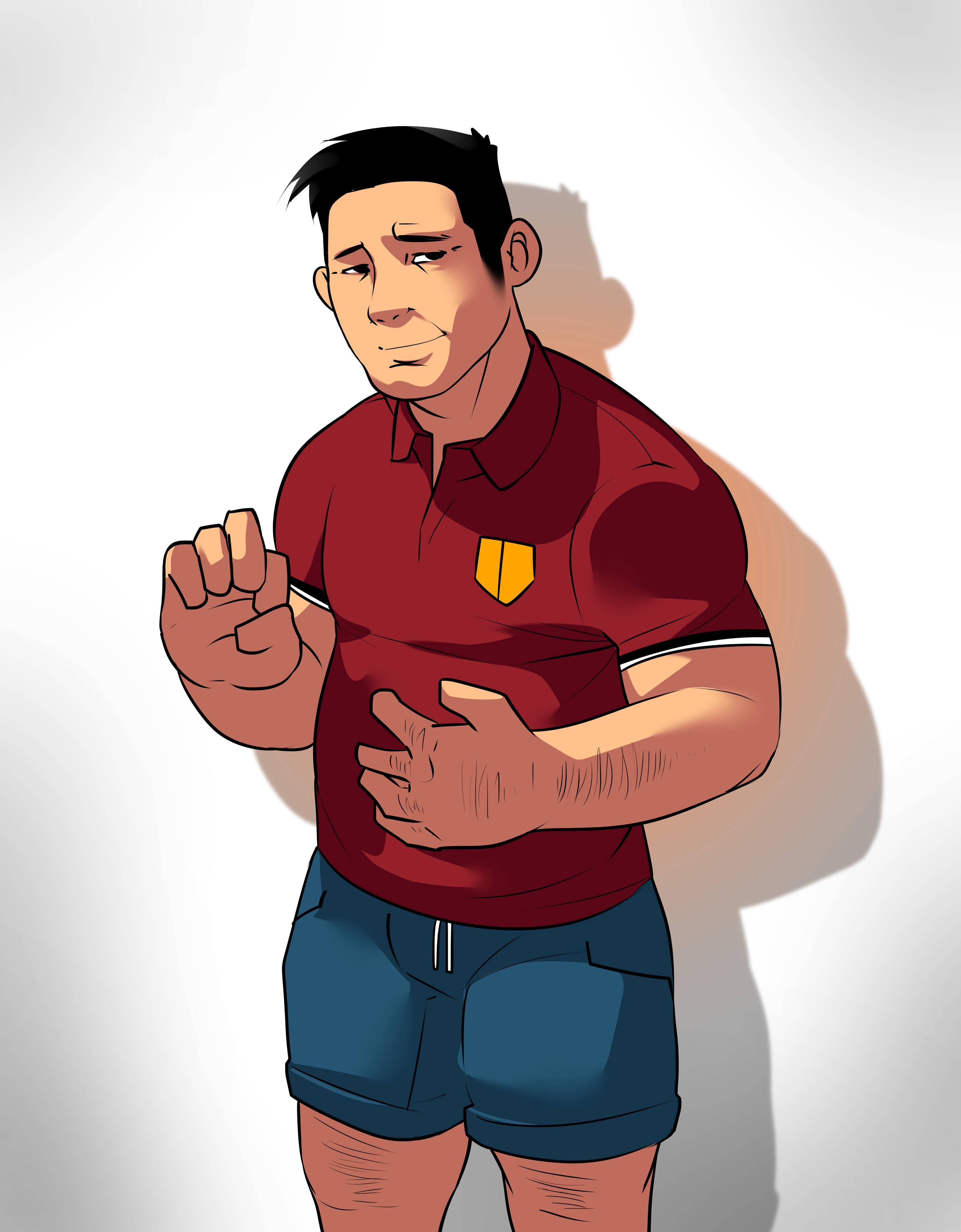 Yes, I know what you’re thinking. Eric is totally out of my league. I completely agree with you.

Being an incredibly self-aware person, I’ve never had any illusions about the way I look. I’m neither handsome nor fit, rich or particularly intelligent.

People who see us out together always assume that Eric is only with me for the money. The funny thing however, is that Eric is actually the one with the money. He earns far more than I could ever dream of earning.

So to be honest, I have no idea what Eric sees in me. 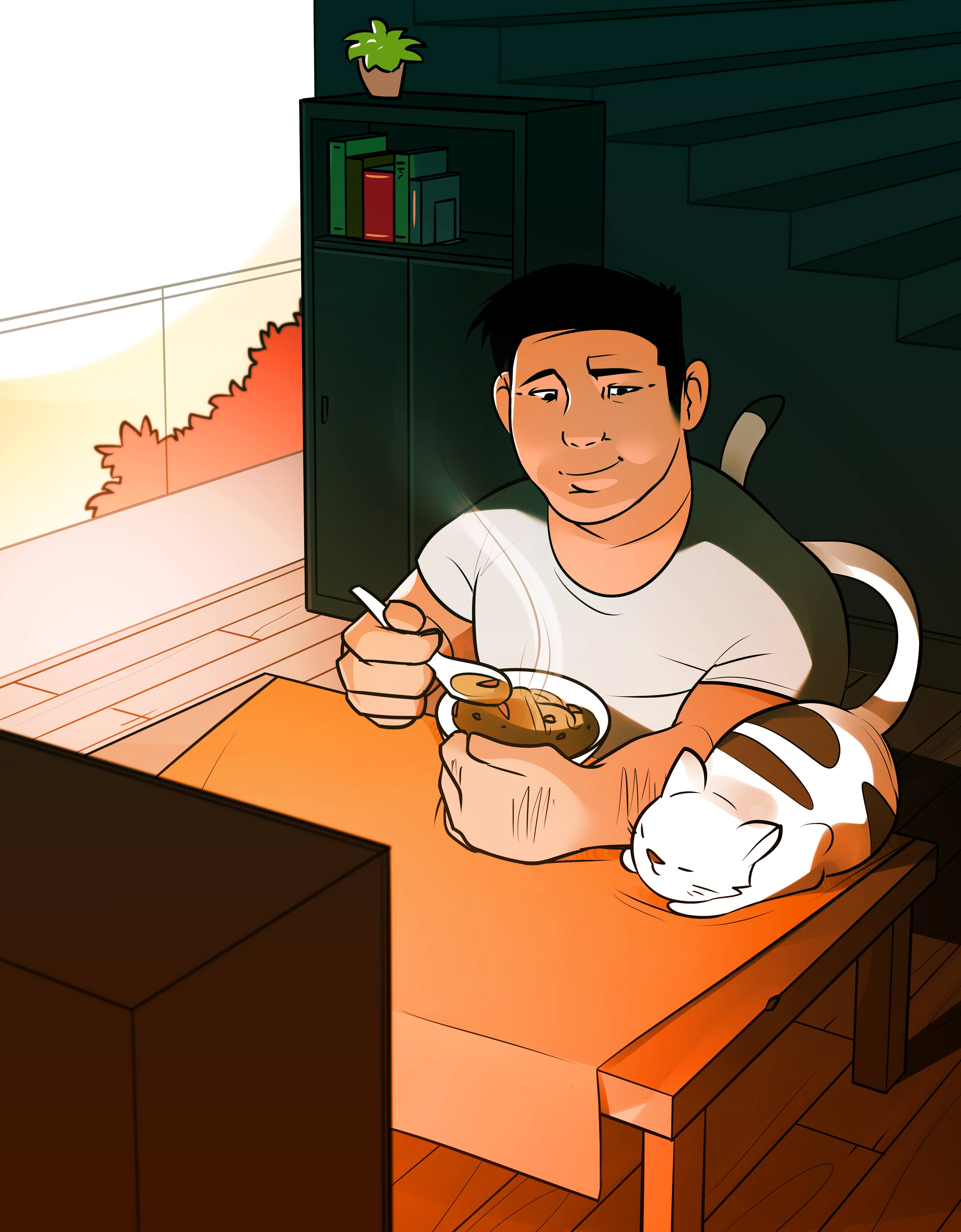 Although I’m already in my late thirties, Eric is actually my first boyfriend. Believe it or not, I’ve never properly dated anyone before.

Like many other gay guys from my generation, I struggled a lot with my sexuality. By the time I came out to myself, I was already in my thirties.

Seeing as I’m neither handsome nor fit, I didn’t have much luck in the dating scene. As I grew older, I resigned myself to the fact that not everyone has a special someone. 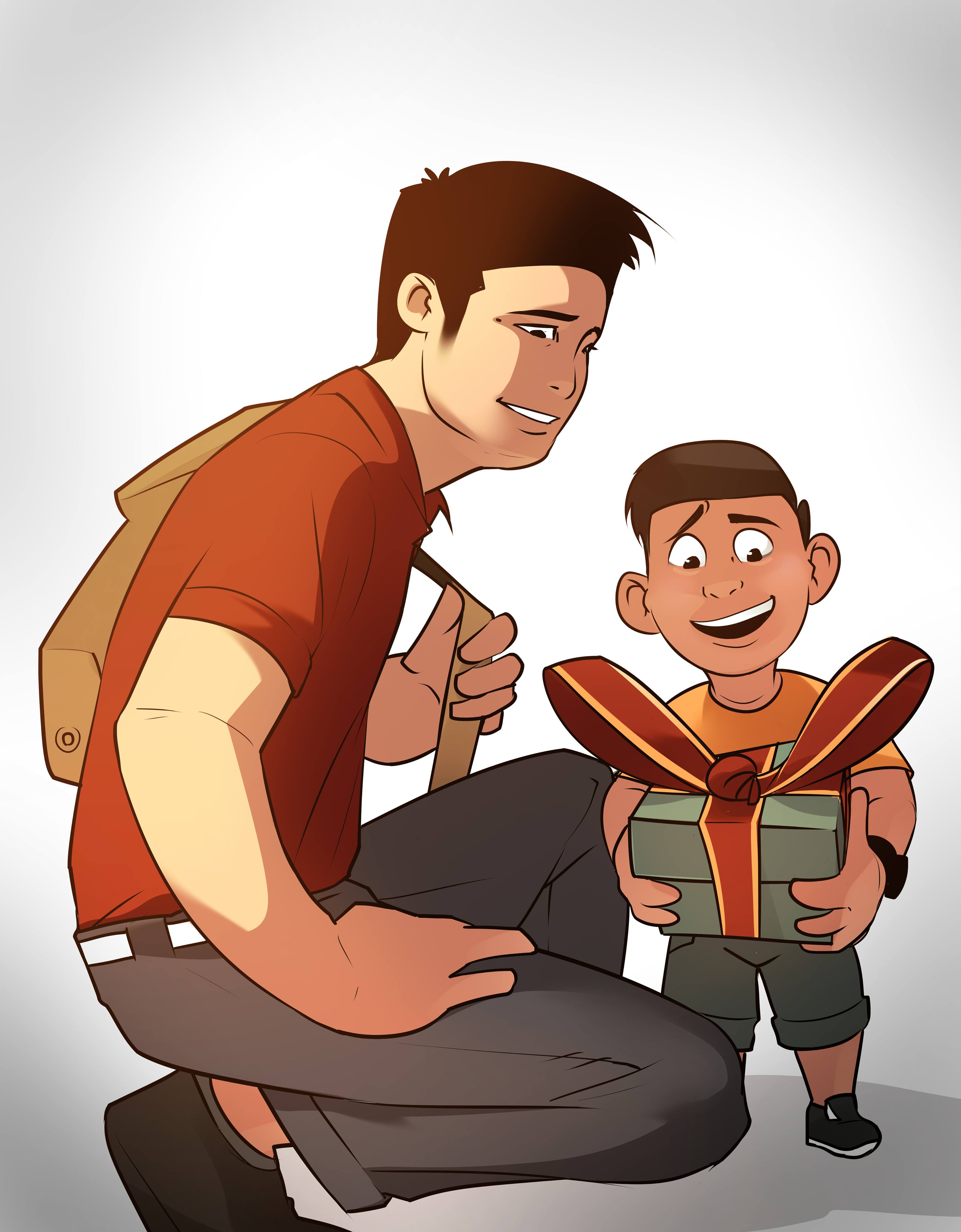 The best compliment I ever received was that I had a kind smile. And that was good enough for me. After all, my parents had always taught me to look beyond superficial appearances and to be nice to others.

Growing up come every Christmas, my parents would pass me a box and I would give away some of my favourite toys to others who deserved them more. Seeing their faces light up when I gifted them with some of my prized possessions always made me feel all warm and fuzzy inside.

So as you can see, I’ve always been someone who is easily contented. Never in a million years would I expect a guy like Eric to be interested in me. 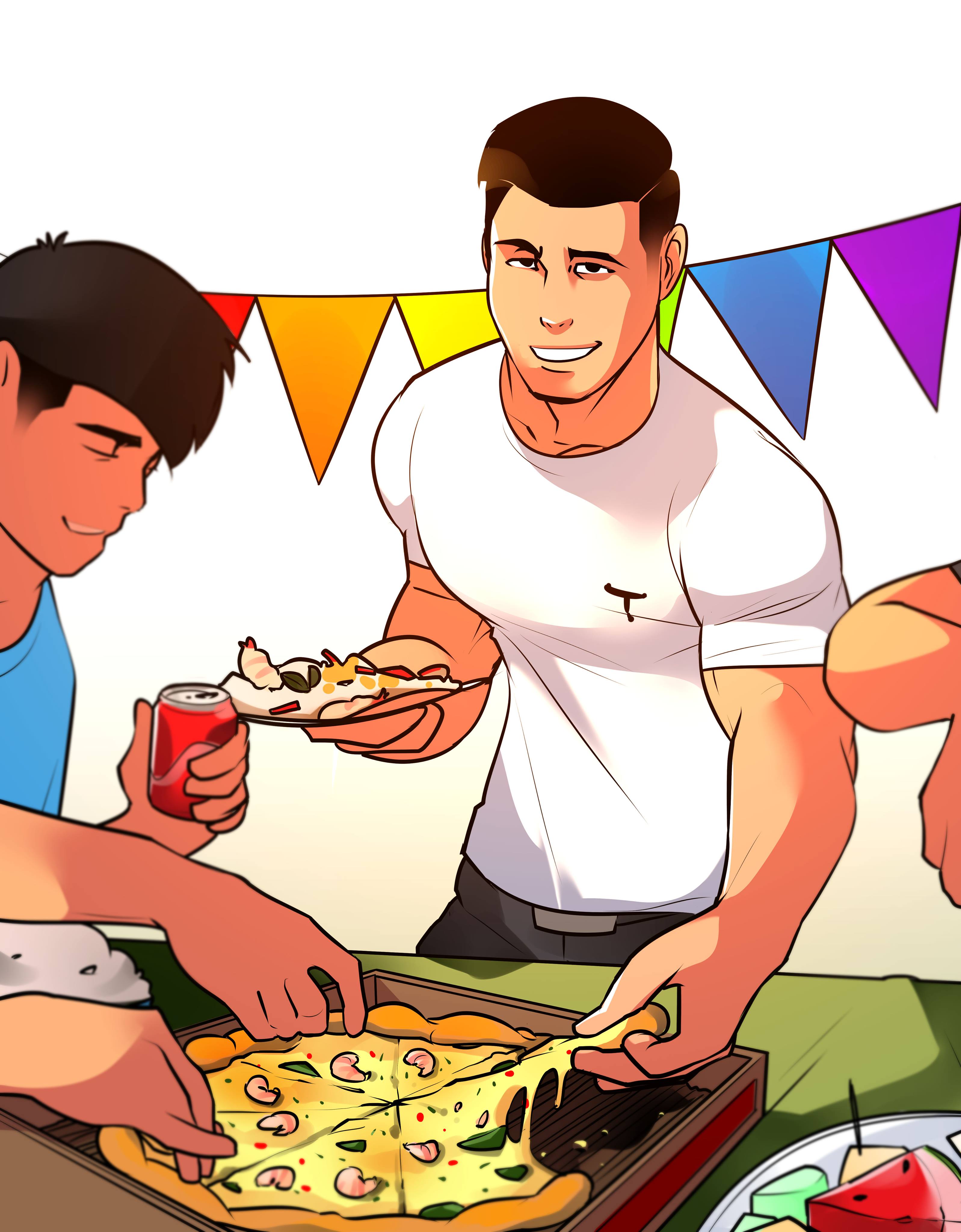 Eric’s presence simply shone the first time I met him at a social event. When he came over to introduce himself, I was so flustered I could barely string a coherent sentence together.

What started out as daily text exchanges soon blossomed into a real life movie date. When he unexpectedly reached over to hold my hand during the movie, I nearly passed out from shock! 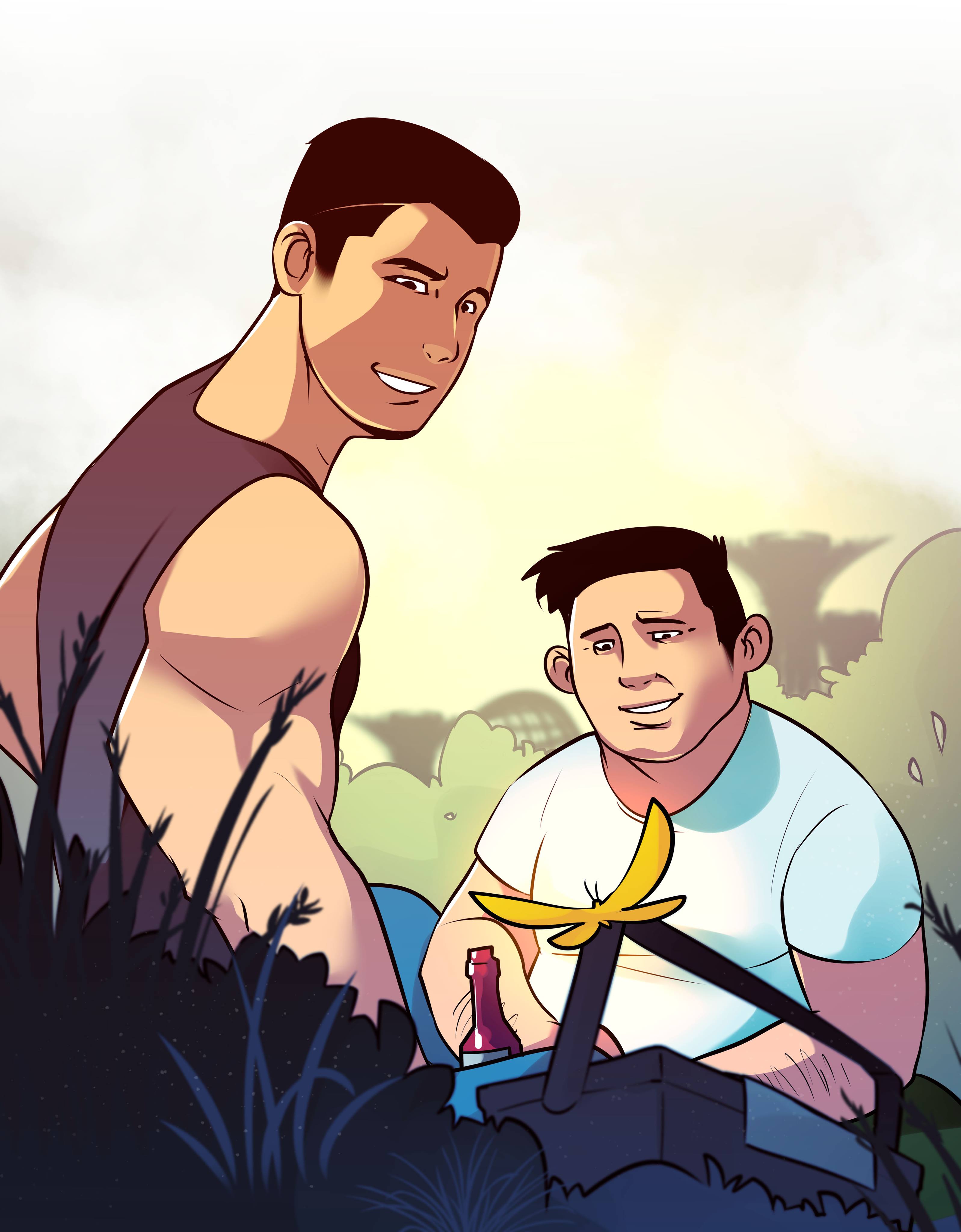 The next couple of months passed by in a daze.

I was constantly alternating between being in a state of breathless exhilaration and terrified apprehension. The realist in me kept expecting him to come to his senses. Anyone else honestly, would have been be a better fit for him.

After about 3 months of dating, Eric finally invited me over to his place for dinner. 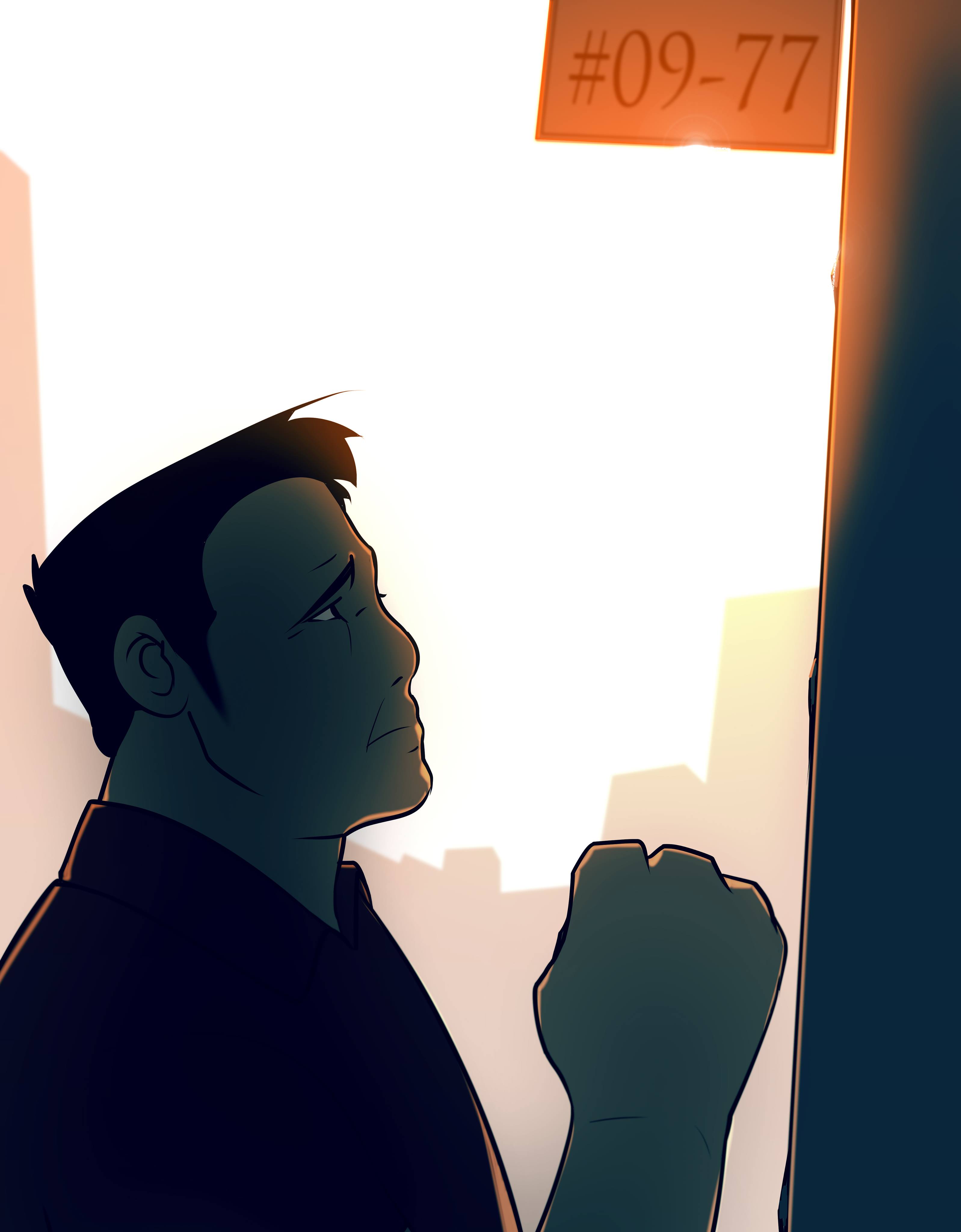 Going to Eric’s place for the first time was a nerve wracking experience in itself. So when he added that he had something important to tell me, I was petrified.

After some heavy pondering, I came to the conclusion that Eric was going to break up with me over dinner. It made perfect sense to me. Being in the comfort of his own home meant that he would be spared from embarrassment if I were to make a scene.

So as I knocked on his front door, I braced myself for the inevitable break-up that was to come. 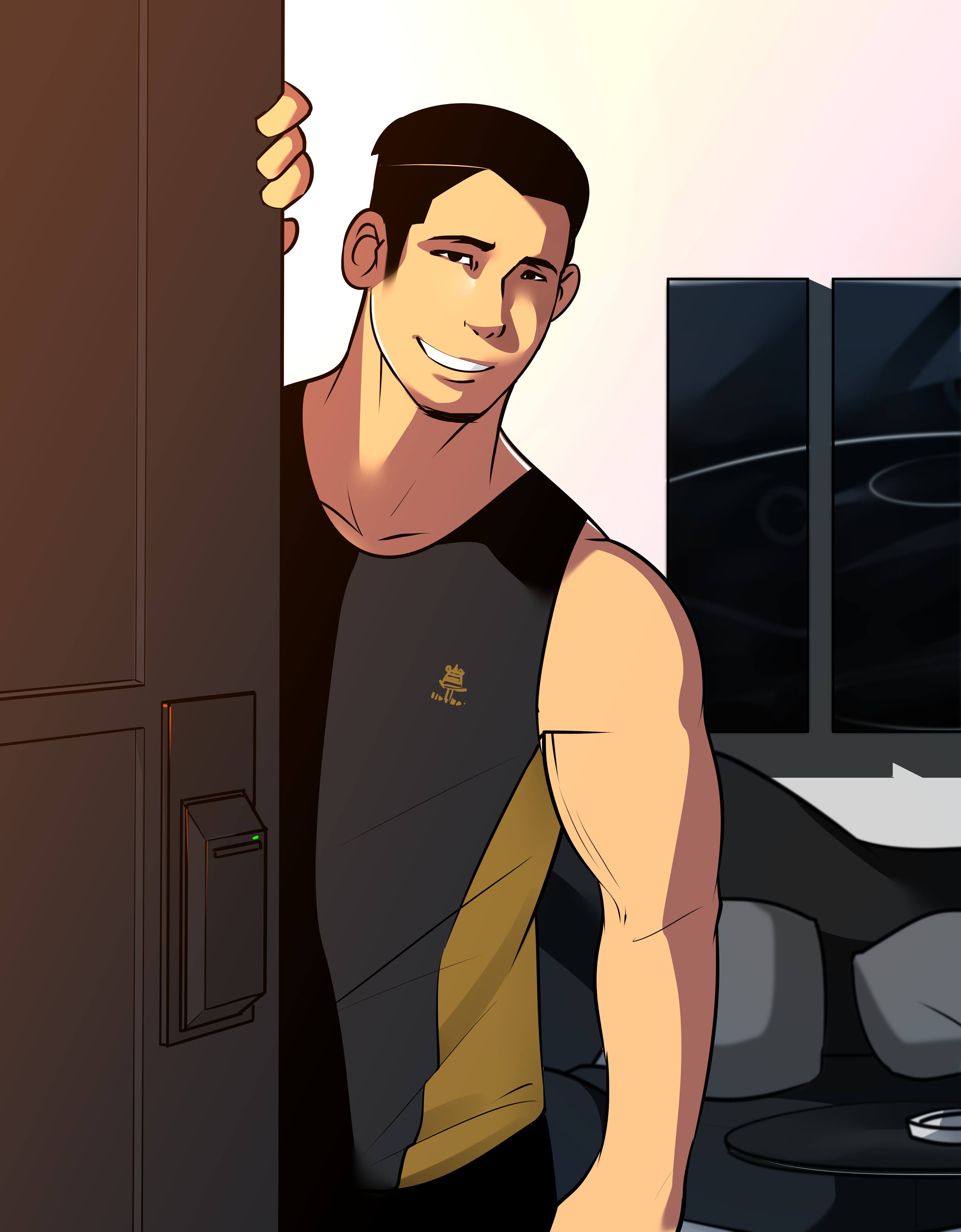 Eric greeted me with a warm smile when I finally mustered up the courage to knock on his door.

He chatted jovially as he gave me a tour of his cozy apartment. Filled with the latest gadgets and furnished with sleek modern furniture, Eric’s house was as beautiful as he was. 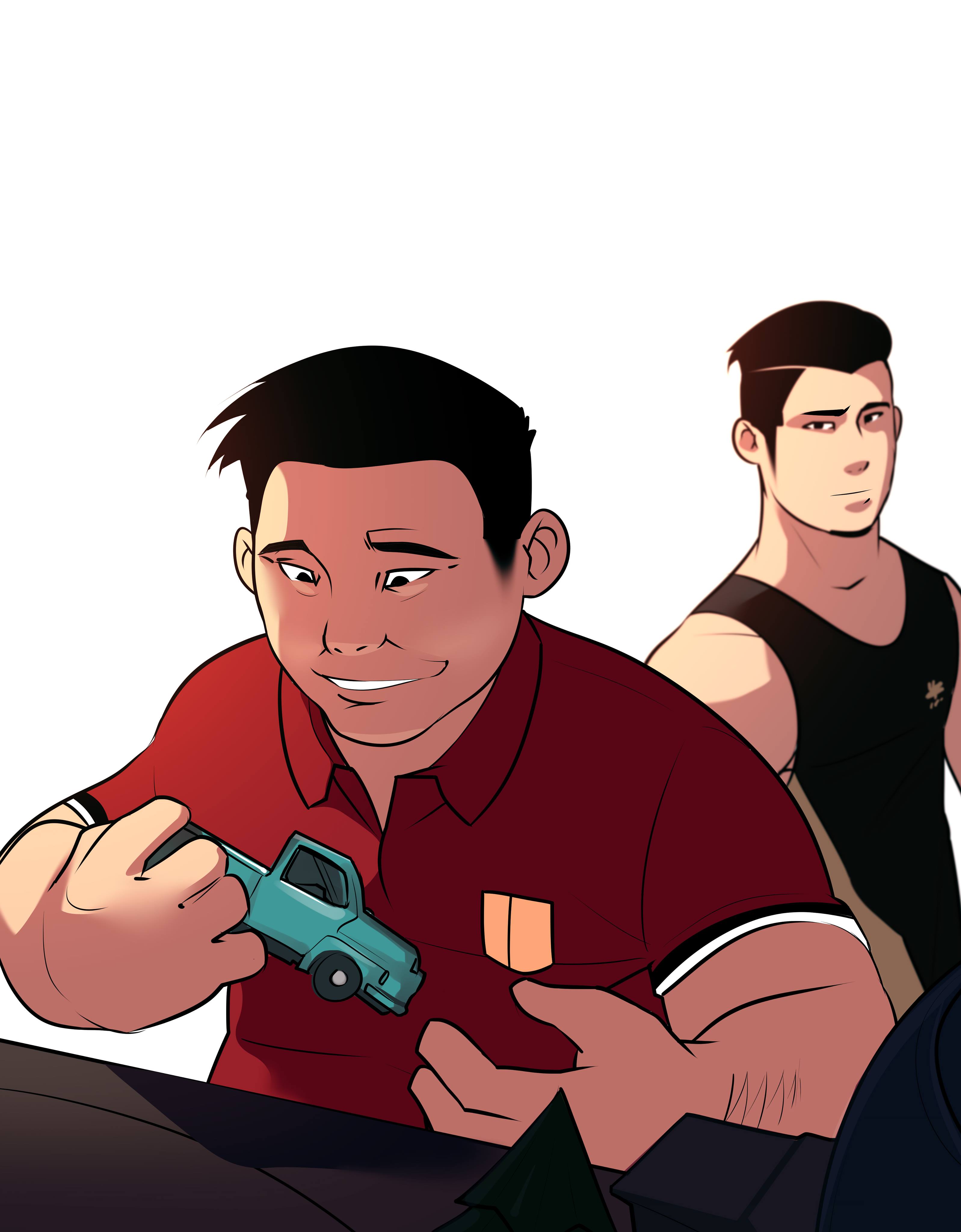 As Eric showed me into his bedroom, something on his shelf caught my eye. It was a transformer toy truck that I too once owned as a young boy.

I exclaimed excitedly as I dashed across the room to examine it.

“I had one just like it when I was growing up! I couldn’t stop playing with it and I even brought it to school with me. I even wrote my name on the undersi…”

I became speechless when I noticed familiar black ink in the shape of my initials scrawled across the toy.

I was dumbfounded when I looked up to see Eric with tears in his eyes. He said softly:

“Do you remember coming to an orphanage years ago? You carried a big box of toys and your father helped you give them out.

There was a boy who sat by himself until you went over and told him, ‘This is for you. He is my favourite and I hope he will make you feel as happy as I do whenever I play him.’ That boy asked you if the toy could belong to him and you said, “He is my best friend ever and now he is your best friend too!”

Well that boy was me. I never had a toy of my own in my life until that moment. I never forgot the kind eyes of the boy who gave me his best friend.

When I saw you at the event months ago, I found myself being drawn towards those kind eyes of yours. I merely wanted to befriend the stranger who made my Christmas years ago. Falling in love with that stranger was a bonus.” 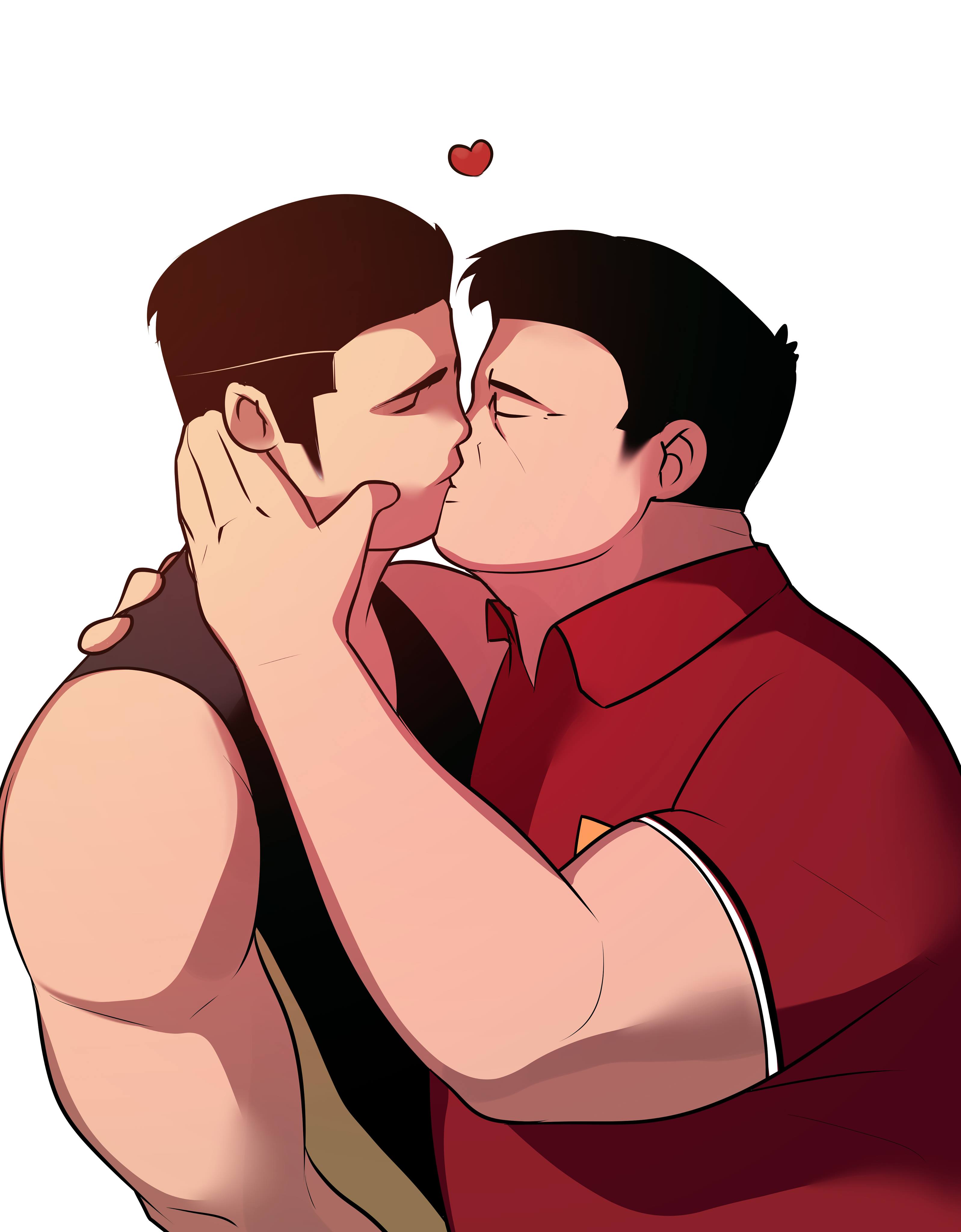 We spent the rest of the evening talking, which culminated in the best kiss of my life.

When our lips parted, Eric told me he loved me. I responded by crying lol. He laughed and told me that’s not the proper response. When I finally collected myself, I told him I loved him too. 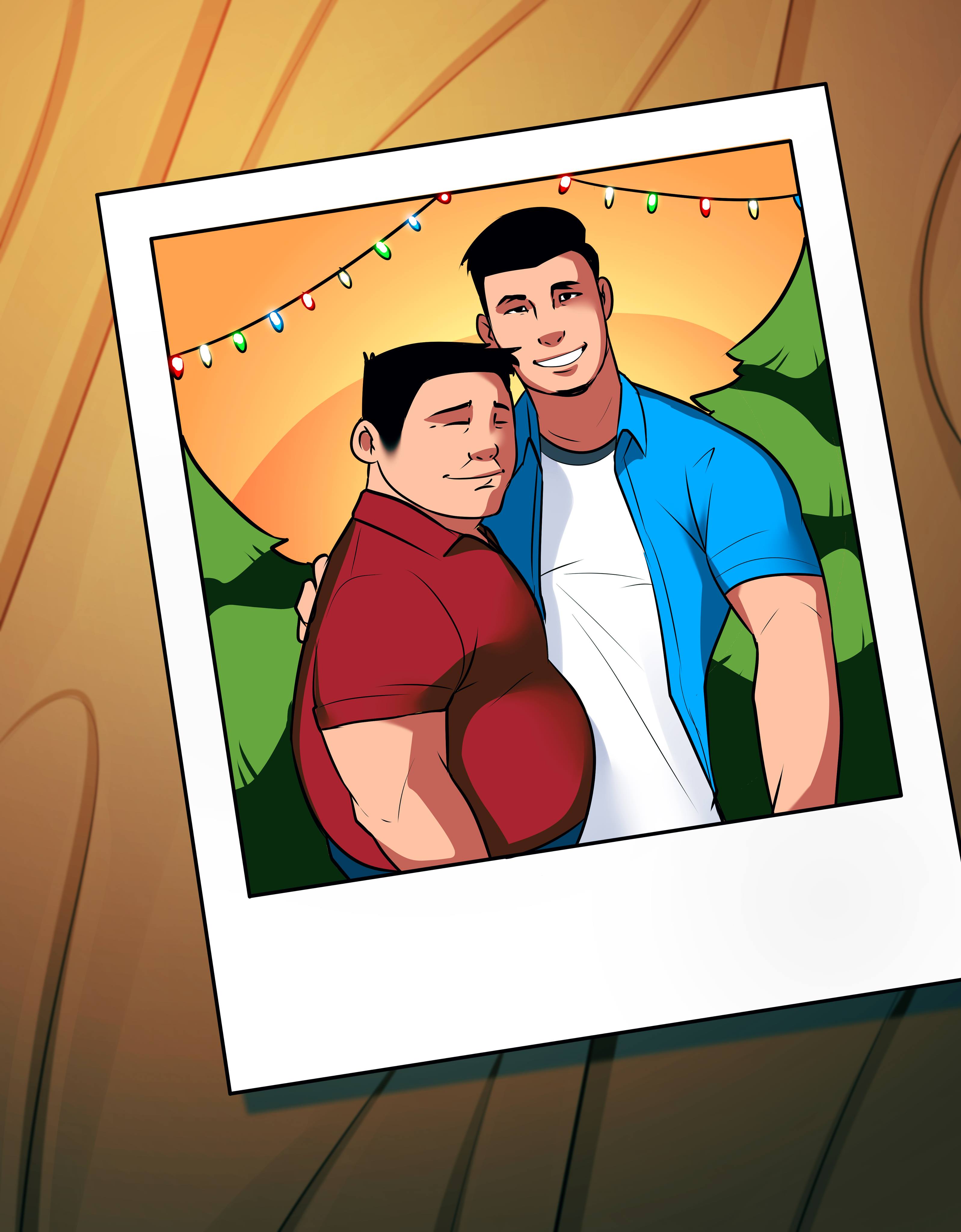 This year marks our 13th year together.

While we’ve had our ups and downs, I’m glad to report that we are still going strong. I’ve been very blessed that my first love has also been my longest and only relationship.

It’s very easy to become jaded in the gay dating scene. But I hope that by sharing my story, you too will have faith that there’s someone out there for you if you haven’t found him/her already because everyone deserves the freedom to love.

1 comments on “A Gay Christmas Love Story: The Gift”