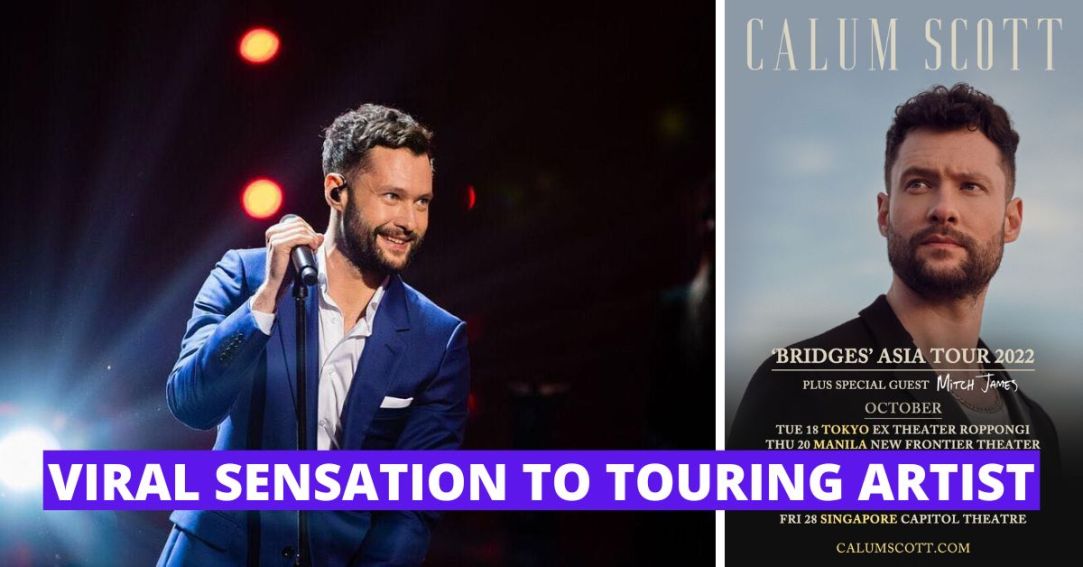 After becoming a viral sensation on Britain’s Got Talent, openly gay Calum Scott is now a touring recording artist and he will be playing shows throughout Asia.

Calum first gained worldwide fame in 2015 when his cover of Robyn’s “Dancing on My Own” on Britain’s Got Talent went viral. His moving performance earned him a ‘Golden Buzzer’ from Simon Cowell, which sent him straight to the semi-finals.

Although Calum didn’t win the competition, he scored a recording contract after his cover of “Dancing on My Own” peaked at number 2 on the UK Singles Chart. Calum went on to achieve further chart success when his duet with Grammy nominee Leona Lewis, ‘You Are The Reason’, became an international hit where it peaked in the top 10 on iTunes in 38 countries.

Calum Scott released his debut album ‘Only Human’ in 2018, which became a top 5 hit in Australia and the UK. The special edition of Only Human contains the song ‘No Matter What’, which chronicles Calum’s personal struggles with his sexuality.

Earlier this year, Calum released his second album ‘Bridges’, which was met with rave reviews from critics.

In support of his sophomore effort, Calum Scott embarked on a world tour that began in North America. After several sold out shows, the Brit Award nominee will finally be bringing his highly acclaimed Bridges World Tour to Southeast Asia.

Calum will be playing in Singapore at the Capitol Theatre on 28 October. You can grab tickets to his Singapore show via the link below.

For tickets to his other shows, check out his website here.