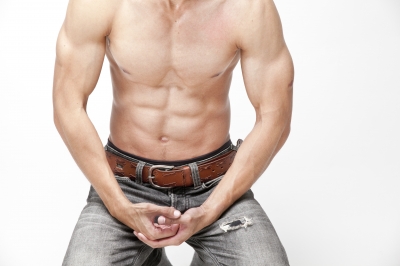 Gay apps have become such a prominent part of gay culture that if you spend enough time on them, you will start to spot some trends. Regardless of whether you are using Grindr, Jacked or one of the many other gay apps available out there, the men you find on these apps all seem to fit into the following 10 categories:

The gay jock of Grindr comes in several forms. Sometimes he is clad in a tight fitting shirt or tank top that shows off his muscular physique. Most of the time however, the Grindr jock is allergic to shirts and thus, is perpetually topless. His face also tends to be cropped out so that viewers can fixate all of their attention solely on his body.

Just like the stereotypical jock often featured in American culture, the Grindr jock only talks to other jocks. So unless you work out, it is not advisable to try to engage the jock in a conversation as your attempts will likely be met with silence.

The Mystery comes in all shapes and sizes. Sometimes, the Mystery appears as an inanimate object. Other times, the mystery takes the form of a picturesque setting. Most of the time, the Mystery is just a blank profile.

As the name suggests, the Mystery will not give out any personal details. This is usually because they are still hiding in the closet. However, it could also be due to the fact that the Mystery is already partnered or married. If that is the case, it is best to block them immediately unless you’re in the mood to become the third party.

Depending on your mood, the Seeker can either be a Godsend or a major pain in the ass (no pun intended).

Unlike the Seeker who is only looking for sex, the Determined tends to be a little more innocent. Usually all the Determined wants is a response. The Determined will bombard his victims with as many variations of the word ‘Hi’ as possible until he gets a reply. Unfortunately, the Determined usually just ends up getting himself blocked.

As the name suggests, the Impostor refers to someone whose entire profile is based on a stolen identity. The Impostor usually assumes the identity of someone very attractive. They generally get exposed after a while when a friend of the stolen identity confronts them.

The Depressed generally comes in two forms. The first type is the one who recently broke up with his boyfriend and is looking for someone to vent all his frustrations on. The second type is the kind who is always whining about being forever alone. Any prolonged conversations with the Depressed will probably end up dampening your mood.

On first impression, the Clingy usually comes across as an affable boy-next-door type. Friendly, sweet and polite, the Clingy is everything a gay man could possibly want in a prospective date.

The turning point usually comes when the Clingy starts to message you incessantly on a daily basis, bombarding you with mushy compliments and wanting constant updates on what you are up to. While inherently harmless, the desperation of the Clingy generally tends to prove too much for most guys to handle.

So gay boys, which Grindr guy are you?