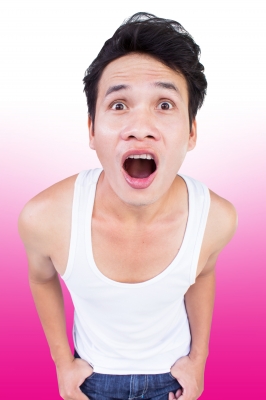 8 Things About Straight People That You Didn’t Really Need To Know!

Check out these 8 interesting things about straight people that you don’t really need to know:

While it is possible that straight men are just trying to compare their penises to the penises of other men, surely they don’t need to compare that often right? Or it could also mean straight men don’t search for images of vaginas very often.

Apparently, a massive study conducted by the Kinsey Institute for Research in Sex, Gender and Reproduction found that gay men tend to be more well-endowed than straight men.

Ok, I guess this might explain why straight men like to search up online images of penises.

I assume they say ‘No-homo’ at the end of it in order to protect their heterosexuality?

Not quite sure what to make of this fact…

6. NBA champion Wilt Chamberlain claimed in his book that he has had sex with more than 20,000 different women!

Seriously, how did he even manage to keep count? A normal person would probably have lost count once the number entered the five-figure zone.

7. It is estimated that up to one-third of women in their 80s continue to have sex with their husbands provided that they are both physically still capable of it!

Ok, you probably really didn’t need to know that… Sorry!

8. 37% of men and 25% of women aged 50-80+ gave oral sex in the past year, according to the Indiana University Journal of Sexual Medicine.

Yeah ok you probably didn’t want to know that either!