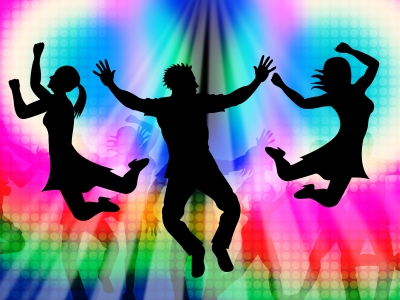 Gay men aren’t as wild as straight people think they are. So don’t worry, you are highly unlikely to see two men making love publicly in a gay club. I’m pretty sure the bouncers in most gay clubs would throw out any patrons who have sex publicly.

Just like a heterosexual club however, you might hear some moaning coming out of the toilet though.

2. Straight people need to pretend to be gay to get inside a gay club

Most gay clubs don’t exclusively serve just the gay community. The bouncer isn’t going to question you about your sexuality so there is no need to pretend to be gay. Straight people generally have no problem getting into gay clubs as long as you don’t express any homophobic sentiments.

3. Men need to be topless in gay clubs

Again, there is no truth to this widely held misconception. While men are allowed to take off their tops in gay clubs, that is completely up to them and is certainly not mandatory. So if you’re worried about exposing your love handles in a gay club, rest assured that you are allowed to keep your shirt on, which is probably what the other club goers would want anyway.

Unlike the rest of the above myths, this misconception actually has some truth to it. Women might have issues entering some gay clubs, usually when it is a busy night and the gay male patrons are a priority. The bouncers might thus allow gay male club goers to cut the queue and go into the club first.

Having said that, the practice of discriminating against women in gay clubs is uncommon. But just be on the safe side, do your research beforehand on the gay club’s policy towards female patrons. If the club really does discriminate based on gender, just try to get there early and you should have no problem getting inside.

5. Everyone working in a gay club is gay

Contrary to popular belief, many, if not most of the staff working in gay clubs are actually straight! While it is difficult to support this claim with credible evidence, it is alleged that the management of gay clubs generally prefer to hire straight people to be bartenders etc so as to prevent any potential conflict of interest.

From my personal experience, all the bartenders that I have ever questioned in a gay club have all claimed to be straight as well. Although it might also be possible that insisting that they are straight is their way of rejecting any advances from gay people.

The 6 Biggest Misconceptions About Bisexuals