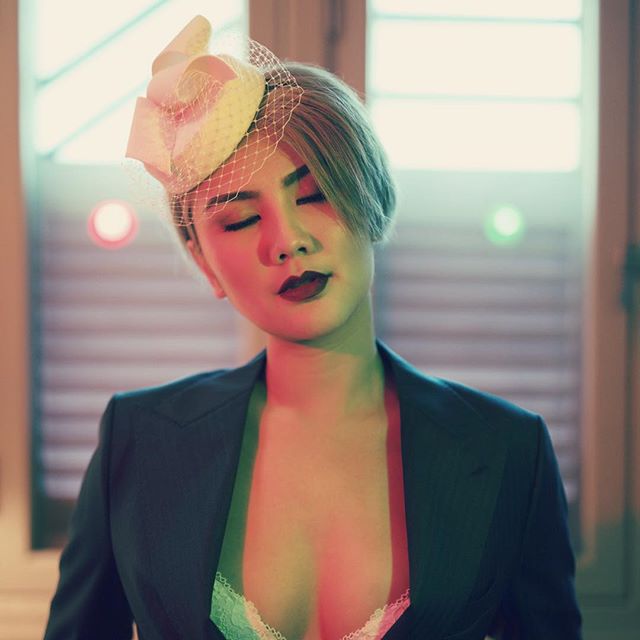 Out Of The Closet: Peggy Chang Shares Her Story

By Dear Straight People in Bisexual, Coming Out, Dear People, Gayspiration, Lesbian, Out Of The Closet on December 16, 2015September 15, 2016
No comments

If you find Peggy familiar, it’s probably because you’ve seen her on TV before! Peggy was the female winner of the talent-scouting competition ‘Hey Gorgeous’ as well as a top 5 finalist in the Miss Singapore Universe pageant in 2007. Before that, she came in third in the The New Paper New Face Competition in 2006. 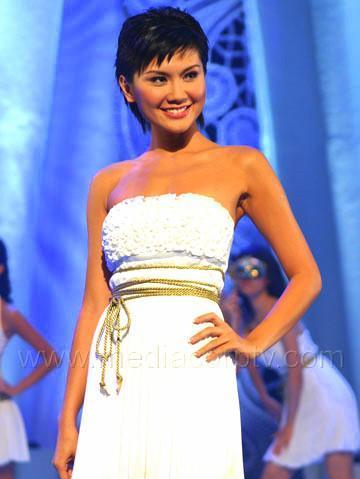 Growing up, Peggy had a relatively ‘normal’ childhood. She didn’t struggle much with her sexuality and only dated men. It wasn’t till about 4 to 5 years ago that Peggy experience same-sex attraction for the first time:

I was already an adult when I realised I am attracted to women too.

Back then, I was still attached to a guy. It felt wrong but right for me. 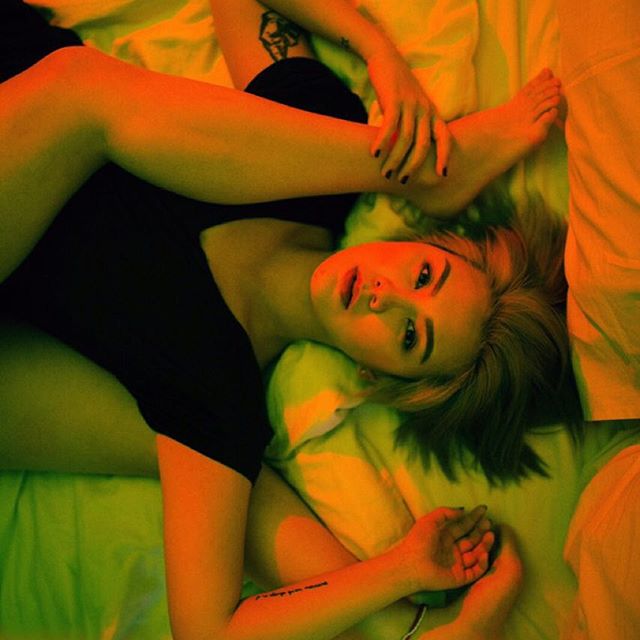 Since then, Peggy has been incredibly open about her sexuality and currently identifies herself as bisexual. Despite the fact that she was already a public figure back then, she chose to be open about her same-sex relationship through her blog despite the possible repercussions.

For the strangers who will see my blog post, I take it as a bonus if they can accept me and my new sexuality. I was ready to lose followers who don’t approve of my choices in life.

Thankfully, there was no significant public backlash to her coming out. Apart from her blog readers who accepted Peggy’s sexuality relatively easily, her family also welcomed Peggy’s partner into the family with open arms.

My mother has been friendly with my partner since Day One. I later heard from her that she “could sense” that something was “amiss” the first time she met my partner. We never once talked about my sexuality or my relationship with my then-girlfriend openly. But my parents and even my extended family always welcomed her warmly in our family events.

Just last month, Peggy and her partner Aileen did the unthinkable and ‘eloped’ to San Francisco to get married! Although the marriage is not recognised legally in Singapore, the union represents a significant milestone to an inspiring love story.

And what a love story their relationship is!

On the 3rd of May 2011, Peggy and Aileen officially became a couple and since that fateful day, they have been inseparable. They have gone on to move in together and eventually became business partners as well. 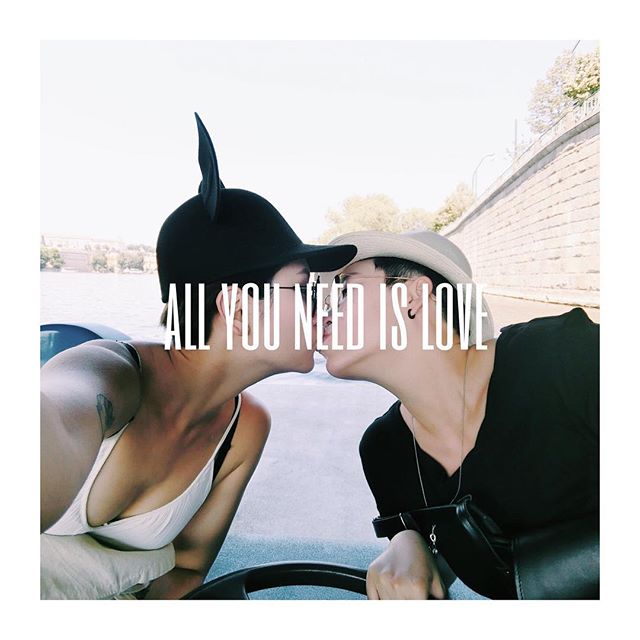 Then on the 15th of February 2014, their relationship progressed to the next level when Aileen proposed to Peggy and Peggy said ‘YES’!

But before they could start planning for their wedding, they had to get their blessings from their parents first.

My partner and I sat my mother down (with some white wine!) and we told her that we would like to marry each other in USA, and we hope to have her blessing… My mum was stumped for words for a good 5 seconds, then she asked if we were serious about it, and whether we knew what it would mean for us in the future.

Of course, we said we know what we are getting ourselves into, and this is what we want to do for ourselves, and she said she will accept us and gave us her blessings.

After getting their blessings from all of their parents, the engaged couple then went on to excitedly plan for their marriage. For a few months, they researched various possible locations to get married in and eventually settled on San Francisco:

We chose San Francisco because we love the city, its culture and its people. We also fell in love with the San Francisco City Hall when we saw pictures of it during our research.

Apart from all the planning, Peggy has also been documenting their love story since the engagement through the #APgosteady hashtag which has been causing quite a storm on Instagram. 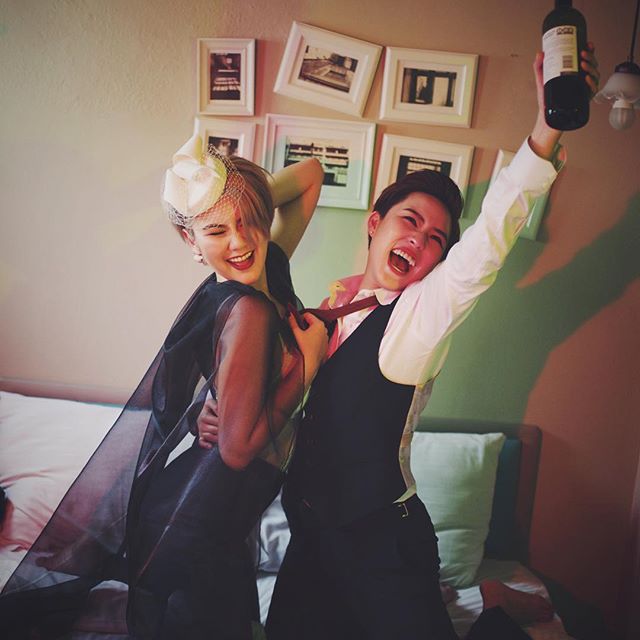 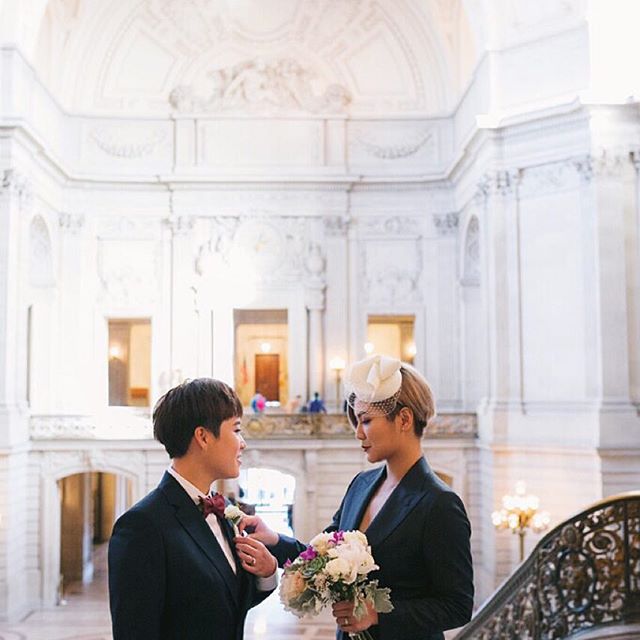 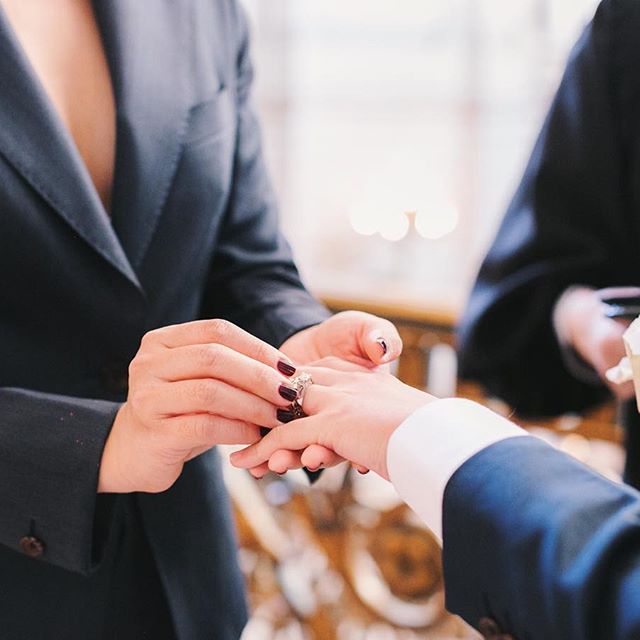 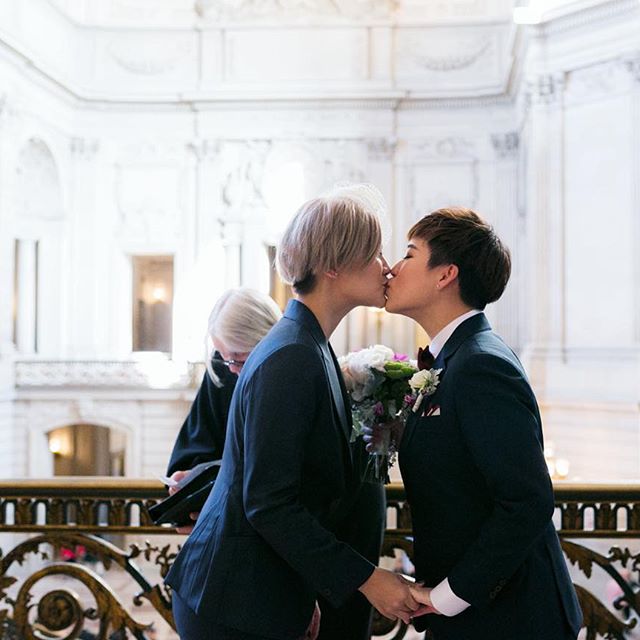 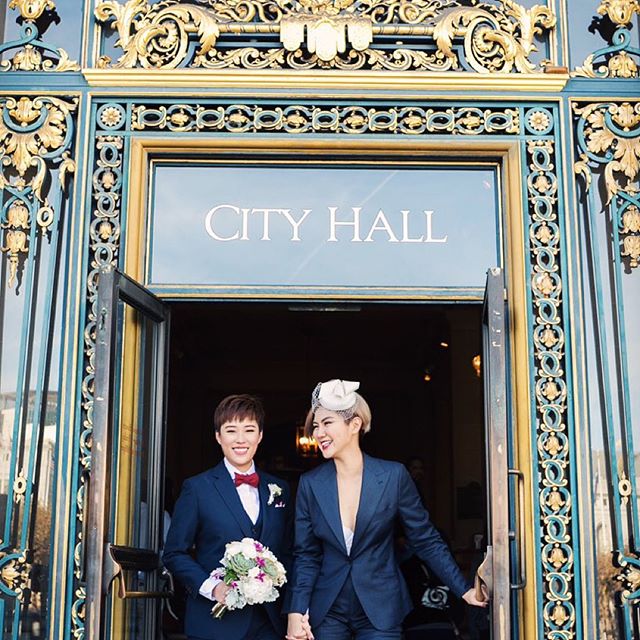 Of course, being so open about one’s sexuality, especially in a conservative society like Singapore has its drawbacks as well.

But despite the difficulties, Peggy and Aileen are both living proof that the idea of a same-sex couple in Singapore growing old together isn’t that crazy after all. 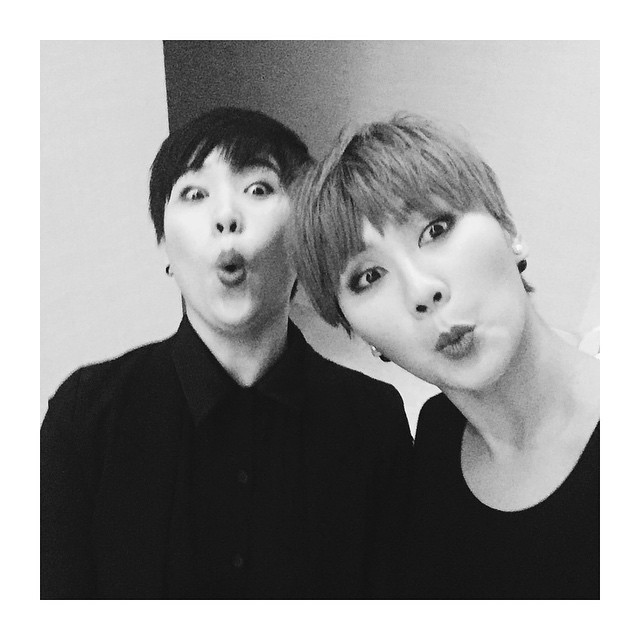 Apart from being lucky in love, Peggy is also doing well professionally. Both Peggy and Aileen are the proud lady bosses of ‘The Tiramisu Hero’, a cafe located on 121 Tyrwhitt Road which aims to ‘bring forth the best tiramisu to satiate anyone’s platter, human or feline.’  Peggy aspires to eventually become the head of her own little F&B empire.

Personally, Peggy is an avid writer and she has been blogging since 2005. Her other interests also includes travelling, movies and photography. 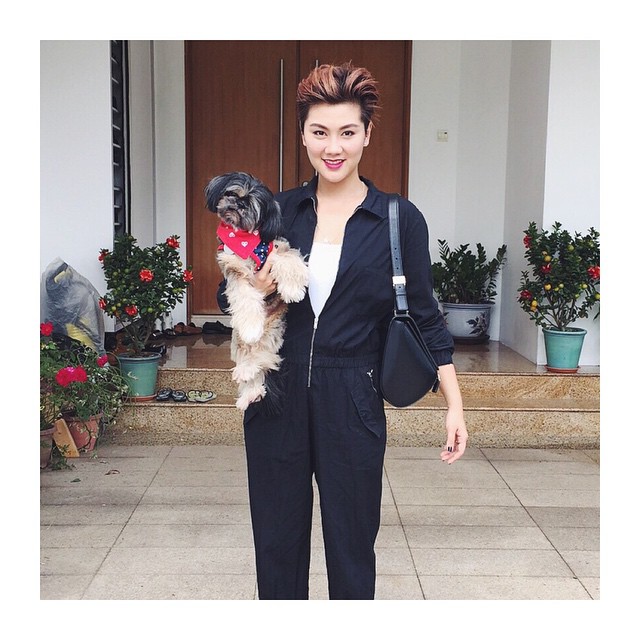 Peggy has very kindly agreed to share with us her coming out story so read on to find out more about her!

My first coming out experience was done hiding behind the computer screen; I wrote a few blog posts introducing my partner and expressed my thoughts about my relationship with her. It was, in a way, easier for me because I know my parents don’t really follow up on what’s on my blog.

On the whole, I can say it was easy for me because I don’t think it is wrong to be with someone I love, gender does not matter in a loving and faithful relationship.

2. How did you first meet your partner?

I was her senior in junior college. We only knew each other by face then, Hi Bye Friends, we kept in touch via Facebook. We often run into each other after graduation; every time when we bumped into each other, we would drop a message on Facebook with a casual remark like “Hey! Good to see you today!” kind of thing, until one time when the casual chat on Facebook led to a well-deserved meet up after bumping into each other so many times!

3. Tell us about your love story with your partner!

We hit it off really well after being “virtual friends” for a good 5 – 6 years. It was very easy for us to talk about anything in the world and gradually, we met up more often for drinks and dinners because she is often near my work place in her previous job. I couldn’t really remember who declared her love first (haha!) but it really came quite naturally. She made me feel love like I have never felt before and I can be myself when I’m with her. She brings out the best in me, making me believe that I am capable of bigger, better things.

It really felt like an elopement although it wasn’t a secret since it was all over my social media before the wedding.

When we were there (San Francisco), we went to get our hand bouquet from the local florists, went to a craft store to get materials to DIY Aileen’s boutonniere, painted our nails together in our little bnb apartment, did masks together, trimmed each other’s eyebrows, etc the night before our big day. I loved it because there was no stress, no tight schedule to adhere to, no rush. I like how it’s just the two of us, in a beautiful foreign city, getting ready to be married to each other.

The wedding itself was simple and nice. There was just Aileen, myself, our adorable officiant named Mary and our photographer. Mary looks like she’s about 80 years old and she is just too cute! We also hired a photographer who is also the witness for our union. We felt that we needed to at least have a photographer because we want to always remember that day.

5. How has the response generally been like to your marriage?

I received a lot of well wishes, and I can feel that people are truly happy for me. I also have friends (both LGBT and straight) asking me about the experience and procedure for getting married in San Francisco City Hall. My awesome staff and ex-staff of the cafe where Aileen and I run even threw us a Bachelorette Party before our trip. Hahaha!

6. How is your family coping with it?

The first time we openly talked about our relationship was about 1 year plus ago, when my partner decided that we would like to get married in San Francisco the following year. She (Peggy’s mother) hinted on how society is still not as receptive towards our choices/sexuality, and how certain things might be harder for us compared to regular heterosexual couples.

As for my father, I could never really bring myself to tell him face-to-face. Dad is a typical Asian Dad – stern, hardly smiles or jokes, a man of few words. But I know I had to get his approval before I leave for San Francisco. So I came out to my Dad over a phone call.

My relationship with my Dad is like that. He was never very vocal about how he loves me, and sometimes he might even complain to my Mum about how openly gay I am. But I appreciate that he never once mentioned anything negative in front of me or my partner. He even ask me to ask my “peng you” (girlfriend)  to come along whenever we have family events.

7. What advice do you have for women still hiding in the closet?

Don’t give up on your happiness. The day will come.

8. What do you think is the biggest misconception straight people have about the Lesbian/Bisexual community?

I guess a lot of people think that being lesbian or bisexual is just a phase and we will eventually regret / realise that we are actually straight / become straight.

And that girls “become lesbians” after they “get hurt by men”.

Once again, I would like to thank Peggy for sharing her story with us.

If like Peggy you’re happily attached, you might just want to take part in our special Valentine’s Day giveaway contest! 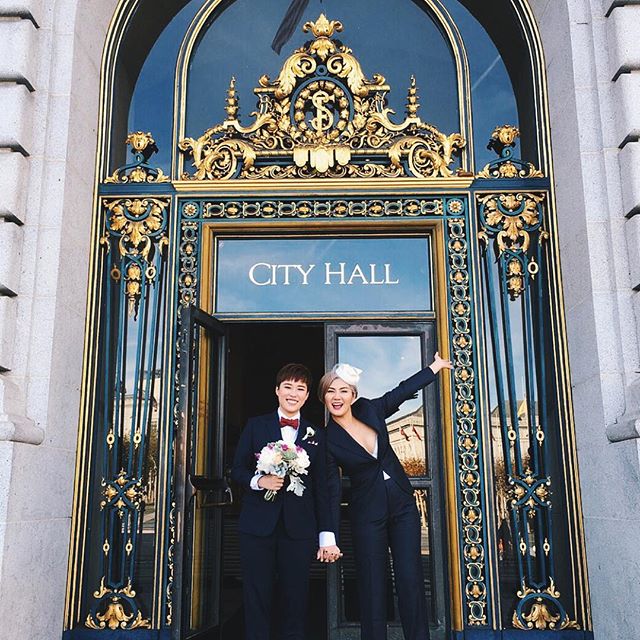