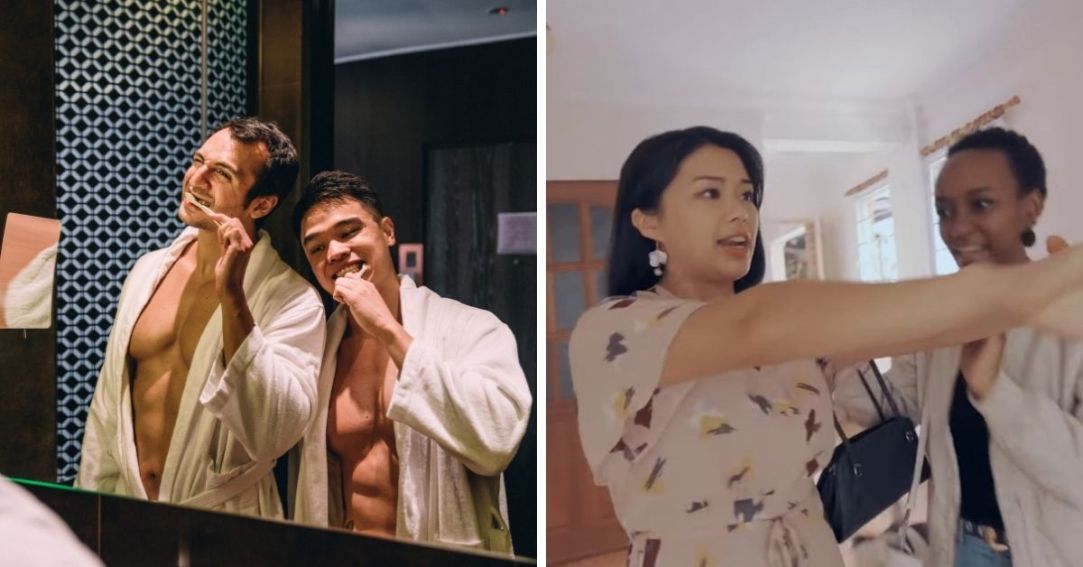 4 Victories For Singapore’s LGBTQ+ Community In 2021

From a groundbreaking NTUC Income ad featuring a lesbian couple to greater LGBTQ+ media representation, here are 4 victories for Singapore’s LGBTQ+ community in 2021.

In the blink of an eye, another year has come and (almost) gone.

The end of the year has always been a time for reflection, so here is a look back at some victories for Singapore’s LGBTQ+ community in 2021.

1. Singapore ad portrayed a lesbian couple in a positive light

Published on 20 April, the two minute long music video is called ‘Made For The Moments That Matter’, and it looks like it was shot in one continuous take. It currently boasts over 1.5 million views on Facebook alone.

The music video caused quite a stir as it marked one of the rare instances in Singapore where the LGBT+ community was given positive media representation.

Naaumi Hotel Singapore launched a Pride Month campaign in partnership with Dear Straight People, featuring an actual married gay couple who have been together for 11 years and counting.

The campaign features real-life married gay couple Dwayne Wang and Nicholaiv Villalobos, who have been together for 11 years and counting. Married in 2017, Dwayne and Nicholaiv also run a chat show called ‘The Love Streams’, which features interviews with an assortment of LGBT+ figures that aim to educate and inspire the LGBTQ+ community.

The campaign caused a stir within the local advertising industry and quickly went viral. It was even featured on Marketing Interactive; Asia’s leading marketing media platform.

Zhi Kai set up a YouTube channel called ‘Kai Unclassified’, which aims to tell stories regarding the LGBTQ+ community.

I Made A Gay Film Inspired By My Experience Falling For A Fellow NSF During National Service. Here Is Why

Support poured in for SMOL following a viral homophobic incident at their Lau Pa Sat outlet.

CCTV footage of a homophobic man ripping off the outlet’s Pride flag and throwing it at the staff member in anger quickly went viral, resulting in an outpouring of support for SMOL. Their Lau Pa Sat outlet subsequently sold out early and the man was given a police warning.

These victories may be small. But small victories are still victories, and definitely worth celebrating.

There may still be a lot of work left to be done in the realm of LGBTQ+ rights in Singapore. But these small victories are a step in the right direction, and will hopefully pave the way for greater victories in the years ahead.