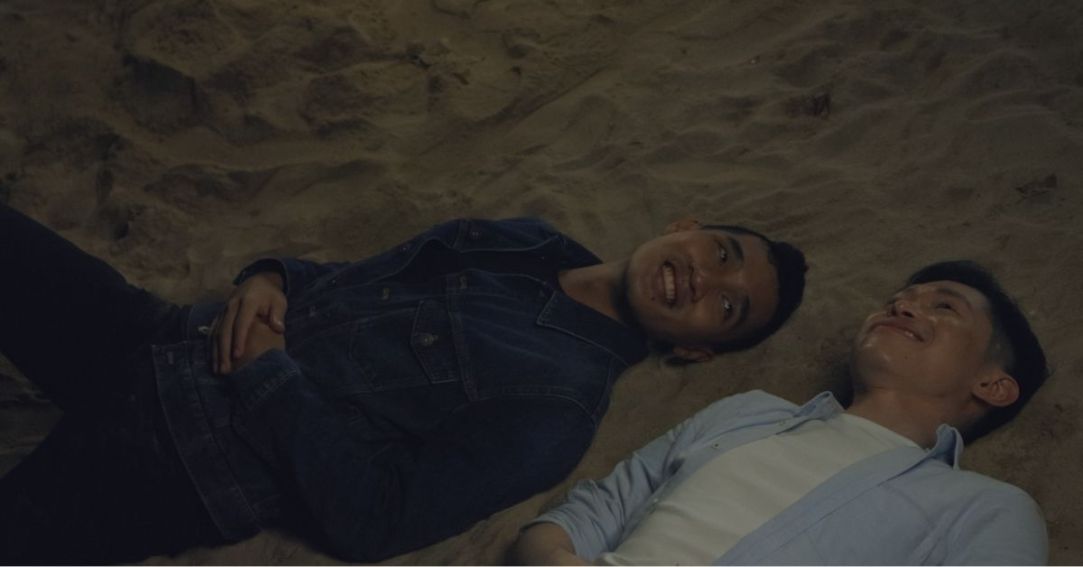 I Made A Gay Film Inspired By My Experience Falling For A Fellow NSF During National Service. Here Is Why

Koh Zhi Kai shares the moving story of how falling for his fellow NSF during National Service inspired him to produce a gay short film and start Kai Unclassified.

Drinking at pubs was an integral part of my weekends when I was doing my National Service (NS), and we did that together on a regular basis. There was one night I was hanging out with him alone at this old English pub along Boat Quay.

For no apparent reason, we didn’t want the night to end. After the pub closed, we crossed the bridge to the other side of the river. We drank quite a bit and giggled away at every single thing we said to each other.

At some point, he said he was sleepy. He laid down on the bench, with his head next to my thigh. He kept his eyes closed while jokingly telling me not to disturb his sleep. I looked down at his face and took in the details of his soft expression. I could not resist stroking his hair and gently touched his eyelids, which he approved of with a smile.

That was when I realised my feeling for him was more than that of just a friend.

National Service is a rite of passage that every Singaporean man goes through in their path to adulthood.

It’s an environment where casual homophobia runs rampant. As a result, many from the queer community suppress their sexuality and gender expression in an attempt to pass themselves off as straight. I was no different.

However, I couldn’t stop myself from developing feelings for a fellow NSF during my 2 year NS stint.

I still remember the first time I laid eyes on him. It was not love at first sight per se. But he gave me a warm fuzzy feeling in my chest.

He was the kind of person everyone loved to love. The more I interacted with him, the more my feelings for him grew. Before long, we became very close and regularly spent our weekends outside of camp together.

Time went by quickly and soon, our Operational Ready Date (ORD) was upon us. While I was due to begin my studies at a local university, he planned to leave Singapore to study at an overseas university.

A few days before his scheduled departure, I decided to confess my feelings to him. Since it might be 4 years later before we could see each other again, I figured I had nothing to lose.

I confessed to him over MSN:

Me: What about you?

Me: It’s ok if you don’t feel the same way, I just wanted to tell you

Him: Yes, I feel the same way too.

It was a very strange feeling if you ask me. There was a part of me wondering if we could have had a romantic relationship if I had told him earlier. But another part of me wondered whether he replied that way so I wouldn’t be sad.

A small part of me also hoped for a relationship with him when he returns. Unfortunately, he never returned.

About a year after he began his overseas university studies, he passed away in a tragic incident.

When I heard the news, I felt disbelief. I had trouble wrapping my head around how a thing like this could have happened to such a beautiful soul.

Years passed and one night, he appeared in my dream. He sat beside me on a sofa, and told me that he had two hours with me. We smiled and chatted like the good old days.

At one point, we hugged each other tightly till I woke up with my pillow drenched in tears.

I often wonder what life would be like if I had the courage to confess to him during NS. If he truly reciprocated my feelings, would it change what happened after?

I often think of all the missed opportunities as a result of self censorship. I believe many in the community would be able to relate to this.

Due to Singapore’s conservative environment, many of us hide our true selves and end up with many ‘what ifs’.

Fast forward to today, I’m not just out to most people. I’m an LGBTQ+ content creator.

In my lived experience as a gay person in Singapore, I find that one of the biggest contributors to Singapore’s conservative mindset is media censorship. With little to no positive LGBTQ+ representation in mainstream media, many Singaporeans still subscribe to outdated negative perceptions of the LGBTQ+ community. Even an innocuous kiss in the recent Eternals movie was enough for IMDA to slap an M18 rating on it.

That is why I decided to start Kai Unclassified, where I tell stories about the LGBTQ+ community inspired by my own experiences and others.

The very first film I produced was made in remembrance of that beautiful soul I met in NS, who had his life unceremoniously cut short. I AM (Part 1) is a fictional coming-of-age short film that explores sexuality and intimacy between two full time National Servicemen.

Producing I AM (Part 1) spurred me on to produce other LGBTQ+ centric films. I AM (Part 2) focuses on a queer teacher, while I AM (Part 3) explores the conflict that arises between a married couple who discover that their child exhibits signs of gender dysphoria.

Kai Unclassified exists on the premise of normalising LGBTQ+ narratives. It is a platform where members of our community see representations of themselves in free-to-watch content that they can relate to, with characters designed to tell the struggles we face and the voices of our aspirations for the right to freely love and a more inclusive Singapore.

I hope that my content will in some way, normalise the LGBTQ+ community in Singapore, so that more of us will be comfortable enough to always be our true selves.

Kai Unclassified has an upcoming film that is a continuation of all three I AM stories called I AM: The Gift. It will be released in two parts on Christmas and New Year.