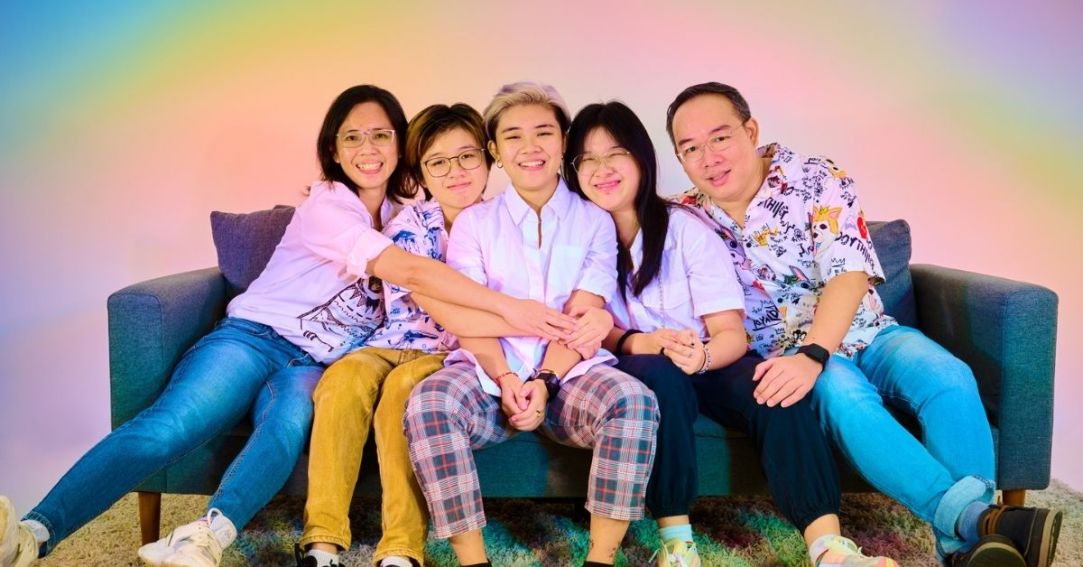 Rainbow Families: I Started A Photo Project To Showcase The Real Meaning Of Families

Koh Zhi Kai shares the inspiration behind the Rainbow Families Photoshoot, which aims showcase a broader definition of family.

For as long as I remember, conservatives in Singapore have stressed the importance of traditional family values as justification for limiting LGBTQ+ rights.

At the heart of this argument is the idea that a ‘nuclear family’ is made up of a married man and woman and their children.

The notion of the nuclear family is heavily protected in Singapore, as they are viewed as the basic building blocks of Singapore society.

I however, have a very different definition of family.

I believe that a family is made up of people who love and accept each other unconditionally, and that one has the power to choose the family they deserve.

In a bid to showcase a broader definition of family, I decided to launch the Rainbow Families project.

Coming out is a daunting, yet liberating experience for LGBTQ people. It is often the first step towards actualising acceptance, or in some instances, rejection by our own families and friends.

For me, my coming out was through the release of my short film, I AM.

I clearly remember the night it premiered on YouTube. I was in my own room seeing it through my iPad while my sister was in the living room. Then I heard my mother’s voice, “Is it Didi’s film? I also want to watch.”

At that point, nobody knew what the theme of my short film was.

When the film ended and the credits rolled, nobody spoke a word.

A few days later, I was driving my mother to work when she broke the silence. She told me in Mandarin.

And that was okay for me, too.

When I heard heartening comments about how I AM, the series made people in the community feel represented, it gave me motivation to do more for the community.

One day, the light from the table lamp in my room was incidentally refracted by a crystal ball placed near it. It casted a rainbow light effect on the floor.

This was the birth of the Rainbow Families Project. It gave me the idea of casting a rainbow light effect on LGBTQ individuals to be photographed as part of a photo project to promote visibility and acceptance.

I started assembling the team, and the project expanded to encompass the broader idea of families. So we weren’t just looking to showcase families by birth, but also chosen families.

We believe that a family is made up of people who love and accept each other unconditionally, and that one has the power to choose the family they deserve.

Held from 20 to 22 May, the Rainbow Families Photoshoot will feature participants photographed against a unique rainbow pattern made up of live light distortion effects.

Starting at only $10, the photoshoot operates on a pay-as-you-wish model to be inclusive to folks from various disposable income levels. All net proceeds will be split equally between four LGBTQ+ beneficiaries: Oogachaga, Sayoni, The T Project and Transbefrienders.

These photos will be posted on Kai Unclassified across Pride Month, unless otherwise requested by the participants who are not ‘out’.

My overall aim of this project is that it serves as a reminder to LGBTQ folks, allies, and the general public that queer families exist and that chosen families are families too.