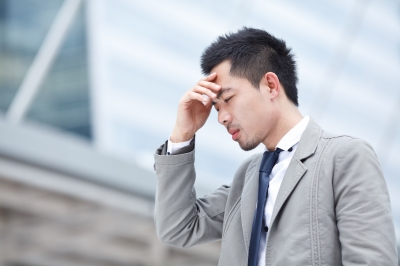 It is time someone shone the spotlight on the B in LGBT. While homosexuals and transsexuals often enjoy the full glare of the media spotlight, bisexuals are often rendered invisible by society. The inclusion of the B in LGBT is largely perfunctory, its existence rarely acknowledged or accepted.

Why then, are bisexuals often overlooked, ignored and treated as non-existent? Could it be because the rest of us are jealous that they get to enjoy the best of both worlds? Maybe it’s because we are paranoid that they might end up stealing our boyfriend or girlfriend.

While those two suggestions are plausible reasons, the real answer to the invisible treatment of bisexuals by society is because society finds it hard to wrap their heads around the fact that someone can be genuinely inclined to both sexes.

This phenomenon is commonly known as bisexual erasure. Bisexual erasure refers to the general refusal to acknowledge bisexuality as a legitimate sexuality. Due to its ambiguous nature, bisexuals are often met with cynicism by both the straight and gay community.

In a society that prizes simplicity, the fluid nature of bisexuality is deeply unsettling for many. You should belong to either ends of the sexuality spectrum: straight or gay. When someone refuses to conform to that narrative, society decides their sexuality for them. A bisexual man is perceived as a gay man who hasn’t come to terms with his homosexuality. A bisexual woman is seen as an attention-seeking straight woman who is just going through a phase.

The best examples of bisexual erasure can be seen in the media’s treatment of bisexuals. Acknowledging the bisexuality of celebrities presents complexities that the media is neither willing nor ready to deal with. Forcing bisexual celebrities into either ends of the sexuality spectrum however, is a much more simpler solution. Thus, female celebrities like Madonna and Lady Gaga, who have publicly declared themselves to be bisexuals, are often portrayed by the media as being straight women. Any same-sex activities they engage in are dismissed by the media as attention seeking. On the other hand, bisexual men in the media are commonly portrayed as gay. For example, the lead characters in the Oscar winning film ‘Brokeback Mountain’ are often depicted as gay cowboys, despite the fact that both characters experience and engage in sexual and emotional relations with both men and women.

The media’s treatments of bisexuals have spilled over onto the straight and LGT community as well. Bisexuality is often not seen as a legitimate sexual orientation. Bisexuals are often thought to be confused and indecisive with regards to their sexualities. Their declarations that they are bisexual is often met with cynical smirks. Blurring the lines between heterosexuality and homosexuality should not be possible! You should either be straight or gay. Falling into the middle of the sexuality spectrum is perceived to be a temporary transition. Sooner or later, bisexuals are told that they will eventually find their way to either ends of the sexuality spectrum. Sooner or later, the bisexual is told that he or she will end up as straight or gay and that bisexuality is merely a transitional phase.

Hence, it is time someone gave bisexuals the recognition that they deserved. Since no one else seems to want to do it, we here at DearStraightPeople hereby declare that yes, bisexuality is an actual thing!

To all the bisexuals reading this, don’t ever let anyone decide your sexuality for you. Stand firm in your self-identity and if anyone tries to convince you otherwise, kindly refer him or her to this article.

2 comments on “Yes, Bisexuality Is An Actual Thing!”