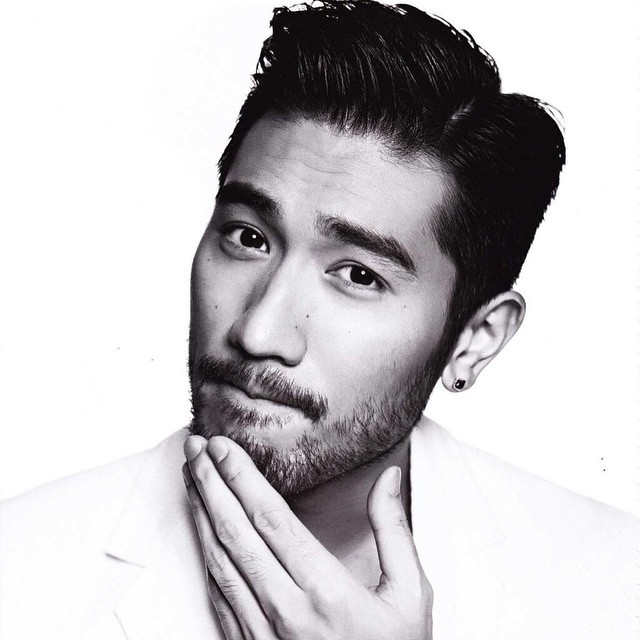 Inching his way into the number 10 spot on our list is the ridiculously tanned Louis Koo! Louis first established his career as an A-list Hong Kong actor in TVB before making his foray into movies. Louis Koo is now an A-list movie star who has starred opposite numerous other A-listers like Jackie Chan and Andy Lau.

This Singaporean-American actor/host seems to be perpetually shirtless… not that anyone is complaining. He first established himself as an actor in Singapore, starring in numerous Chinese dramas despite his limited grasp of the Chinese language. Although it has been over 10 years since he first made his TV debut, the ripped body that first brought him public attention does not seem to have changed one bit. Of course, looking good shirtless isn’t his only talent. He is now an established host and currently hosts the Asian version of the Amazing Race.

Grabbing the number 8 spot on our list is this yummy Bollywood hunk Sidharth Malhotra. He was voted as one of The Times of India‍ ’s 50 Most Desirable Men and also holds the record as the only man to be featured twice on the cover of the Indian edition of Men’s Health.

Easily the biggest star on this list, Aaron Kwok has enjoyed a hugely successful career in showbiz that spans more than 20 years. Aaron is an award winning singer, dancer and actor who is often referred to as one of Hong Kong’s ‘Four Heavenly Kings’. In other words, he is pretty much showbiz royalty. Despite the fact that he 49 this year, Aaron looks better than most guys half his age which is why he made it all the way to number 7 on this list.

Ethan Juan started out his career as a model before making his acting breakthrough in the 2008 drama ‘Fated to Love You’. Since then, he has become a critically acclaimed actor winning the highly coveted Best Actor Award at the 47th Golden Horse Award for his brilliant performance in the Taiwanese gangster film ‘Monga’,

Dominic Lau is pretty much the Asian version of Ryan Seacrest, except a lot more sexier. This Eurasian stud is the host of E! News Asia and Star Movies VIP Access and also a VJ with Channel V and also a DJ as well! Seriously, doesn’t this guy need to sleep? It is quite commendable that despite his busy schedule, he has managed to keep himself in such good shape.

Those mesmerising abs makes it pretty obvious why Eddie Peng is on our list. Apart from his abs of steel and good looks, this Taiwanese Canadian actor is actually a talented actor who has earned multiple nominations in the prestigious Hong Kong Film Awards and the Golden Horse Awards. Although he has yet to win one, it is just a matter of time before Eddie finally brings home the coveted trophy!

Since then, he has managed to become a star in his own right by establishing himself as an actor. Choi Siwon has managed to snag coveted roles in numerous Asian productions including a lead role opposite Jackie Chan and Adrien Brody in the film ‘Dragon Blade’.

It is almost absurd how ridiculously handsome this Eurasian hunk is. Daniel Henney is a 1.87m tall American actor who first made his foray into showbiz back in 2005 when he captured the hearts of countless women in his breakthrough role in the Korean drama ‘My Lovely Sam-Soon’.

Daniel Henney has certainly come a long way since then. He is now an established actor whose resume includes prolific roles in Hollywood films such as ‘X-Men Origins’ and ‘Big Hero 6’. He even managed to win the Best Actor award at both the Newport Beach Film Festival and the Shanghai International Film Festival back in 2012 for his role in the film ‘Shanghai Calling’.

This 1.93m tall gift from God is our pick for the sexiest Asian male celebrity alive today! Due to his strong jawline, impressive height and ability to overcome the limitations of Asian genes by growing a respectable amount of facial hair, this Taiwanese-born Canadian actor is our pick for the number one spot on this list.

Godfrey Gao started his career as a model first, becoming the world’s first Asian male supermodel when he was picked to become the face of Louis Vuitton in 2011. He also managed to establish himself as an international actor, snagging leading roles in Taiwanese productions and making his Hollywood debut in the film adaptation of the Mortal Instruments. He will next be seen in the leading role of an upcoming Chinese romantic comedy film titled ‘Wedding Bible’.

Hopefully, this list of incredibly sexy Asian men has helped to alleviate your Monday blues. If our list of the top 10 sexiest Asian male celebrities haven’t quite worked its magic yet, then this gif of Godfrey Gao should do the trick!