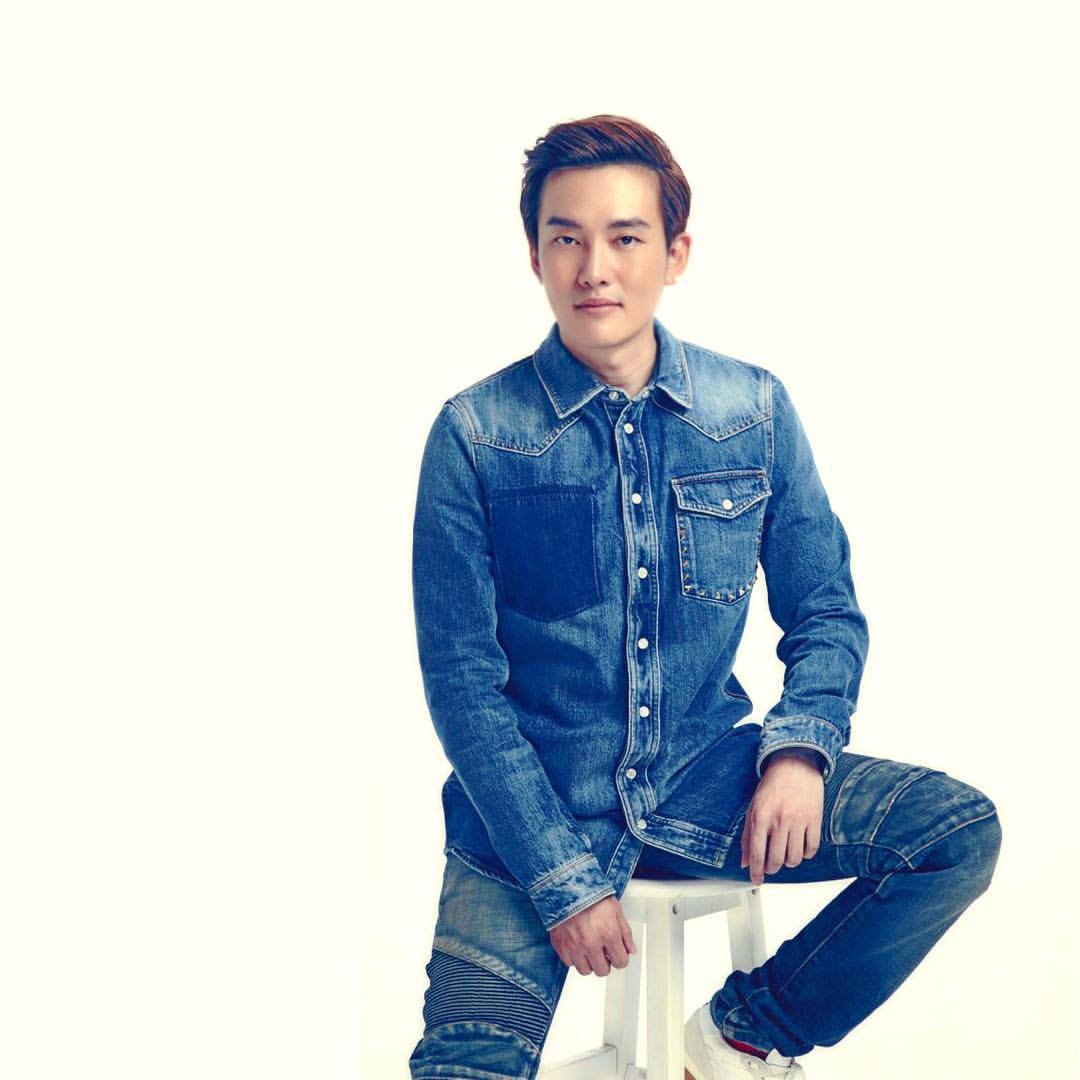 Out Of The Closet: Tom Tan Shares His Story

For the first time ever, the co-founder of gCircuit publicly reveals how his boyfriend of 18 years and him managed to build Asia’s LARGEST gay dance festival together.

Gay circuit parties may be dying a slow death in the West. But they are BOOMING in Asia. And as Taipei Pride inches closer, all eyes are currently on the 3-night long Formosa Pride circuit parties happening this weekend.

For the uninitiated, gay circuit parties refer to the cultural phenomenon of weekend-long danceathons filled with sweaty, topless men. From Seoul to Tokyo, gay circuit parties have become increasingly popular in Asia. And they seem set on becoming permanent fixtures in the annual gay calendar.

One dance festival in particular however, stands out from the rest. And Dear Straight People is honoured to speak to the man who built this cultural phenomenon.

Every year during the month of April, tens of thousands of gay men from around the globe flock to Bangkok for the Song Kran gCircuit parties. Often referred to as the gay migration, the 2017 edition saw over 24,000 attendees! And Mr Tom Tan is one half of the team that made this possible.

Founded in 2007, gCircuit parties typically take up to 6 months to organise. So it’s little wonder that it took almost a year of email exchanges before I was finally able to sit Tom down for an interview.

I’ve always been a sucker for success stories. The journey of entrepreneurs in particular, have always been a soft spot of mine – because I know first hand how difficult it is to build something up from scratch. So while it may have taken me a whole year to finally hear Tom’s story, the wait has been well worth it.

Ladies and gentlemen, this is Tom Tan’s coming out story! 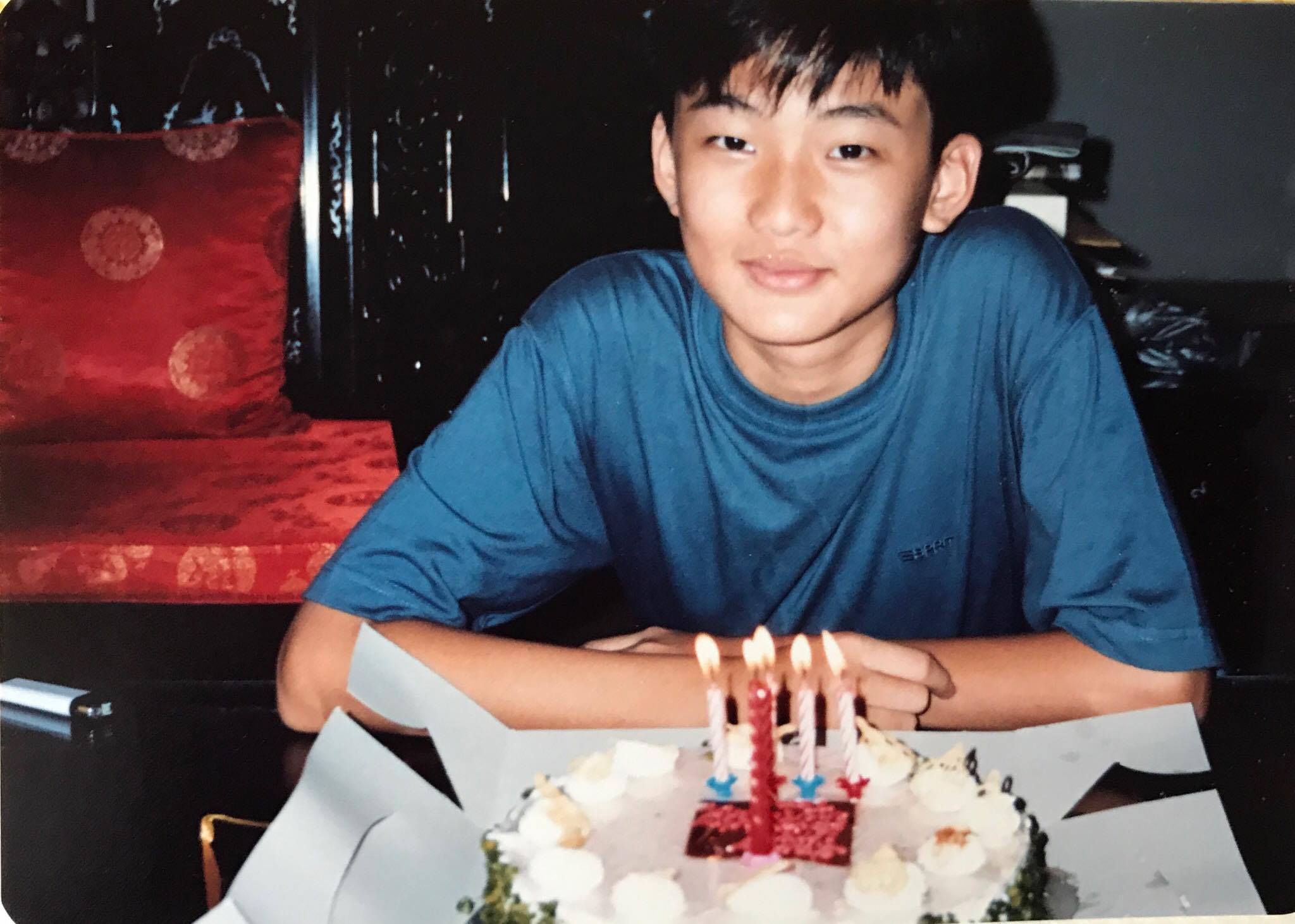 Born in Singapore, Tom was well aware of his sexuality even as a young boy.

It’s really hard to remember when, but I remember that I always liked boys. Never had a doubt in my mind to be honest.

Unlike many other queer youths however, Tom’s homosexuality was never a point of contention. There was no guilt. No inner conflict. No bullying. He did however, have the sense to keep his feelings to himself.

I remember that my first crush was on my classmate in Primary 6.

Of course I didn’t tell him or anyone. I knew even at that age that who I am was not universally accepted.

But I never had issues with who I am. So I guess I’m fortunate that way. 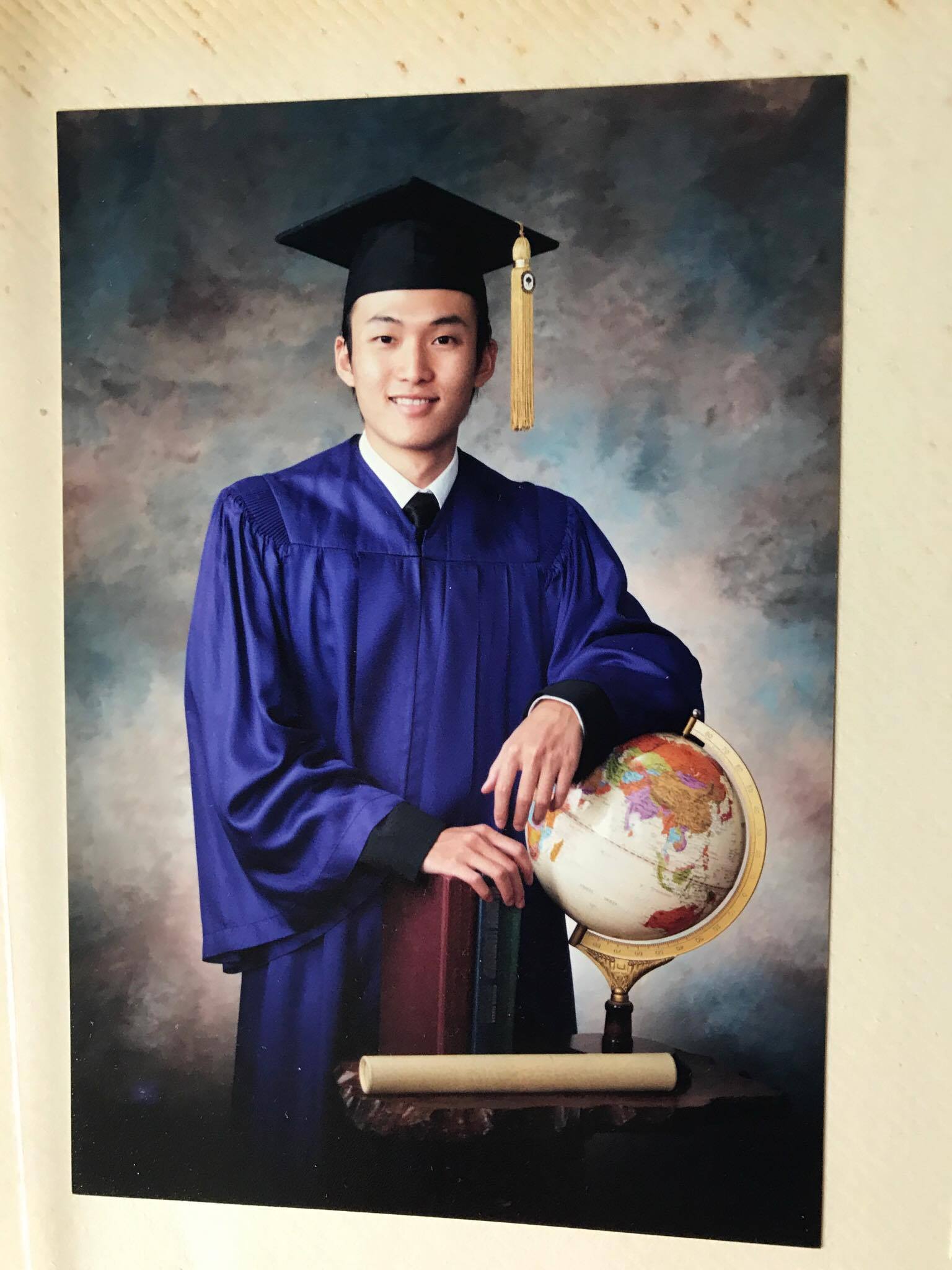 It wasn’t till Tom started studying in New York University that he became open about his sexuality.

I was openly gay to everyone I knew.

I guess I felt ‘free’ to be myself and it was such an exciting and liberating time in my life. It only made me more comfortable being gay.

The same however, cannot be said for his family.

When Tom first broke the news to his sisters, they cried and warned him never to tell his parents. So he kept his sexuality from his parents and told them that his boyfriend Oui, was just his best friend. 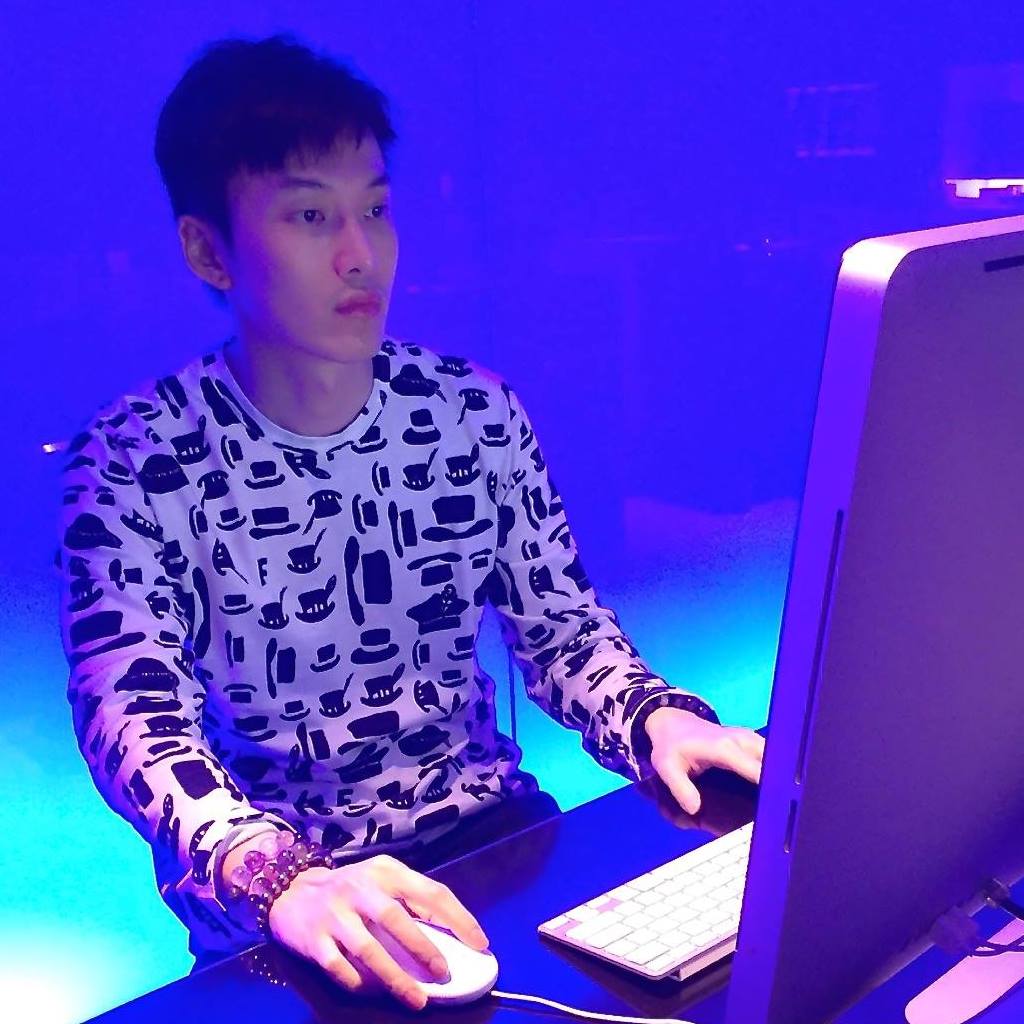 This may sound a tad unbelievable. But Singapore used to be a hotspot for gay travellers.

In 2001, Fridae.com organised Singapore’s first ever LGBT pride party called Nation. As the years went by, the Nation parties grew bigger. By 2004, the Nation parties were attracting over 8,000 party goers generating an estimated revenue of almost $6 million!

But just when Singapore was beginning to establish itself as the capital city of gay Asia, the Nation parties were unexpectedly banned by the government. And that was ironically, what sparked the birth of the gCircuit parties.

They really happened by chance!

Nation had just stopped doing their parties and my boyfriend Oui and I were like ‘let’s do it then‘ and we just did it!

Since outdoor gay parties were banned in Singapore, the pair turned their attention to Bangkok.

But like any other business venture, getting started was tough. The conservative political climate however, made it even harder.

It was definitely not easy. The most difficult part is dealing with the authorities and finding venues that would let us do a gay party.

The party work itself was hard work, but we loved it.

The pair persevered. And with a bit of luck and a lot of work, they managed to firmly establish Song Kran as a cornerstone of popular gay culture.

At the end of the day, it all came down to perseverance and pure luck.

We met people who were open-minded and they really help us a lot. 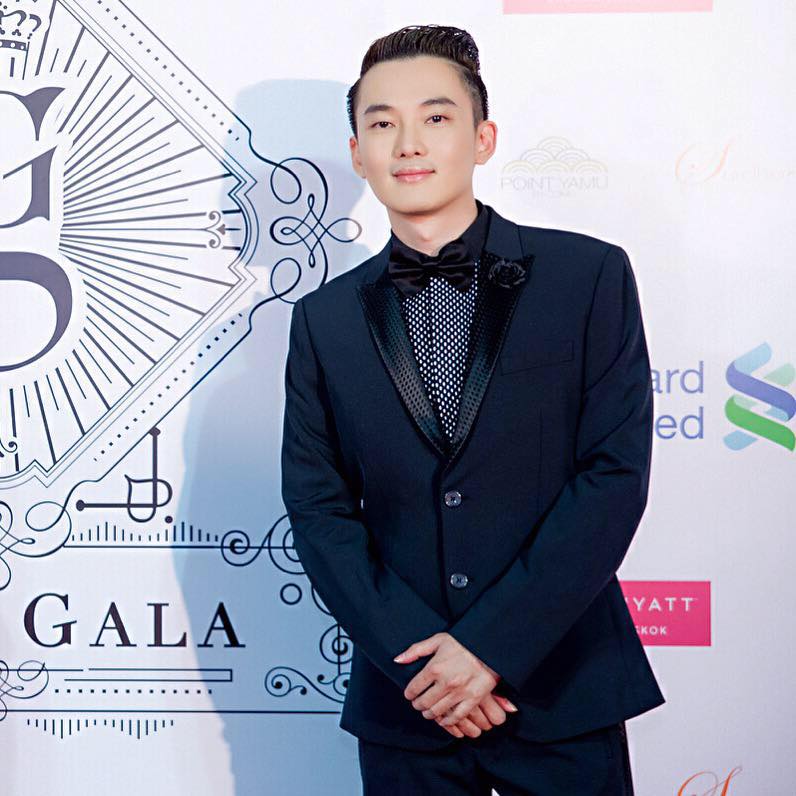 Currently into its 12th year, gCircuit looks set to only grow bigger.

I am proud that we have established GCIRCUIT as a world class gay circuit brand that is based in Asia.

But that’s not the only aspiration for gCircuit that Tom and Oui have.

I want to do more for the community and we are always looking for great partners to work with so that we can use our platform to raise awareness for LGBTQ issues.

Check out the rest of the article below to find out more about Tom’s experience as a gay man as well as journey in building gCircuit. 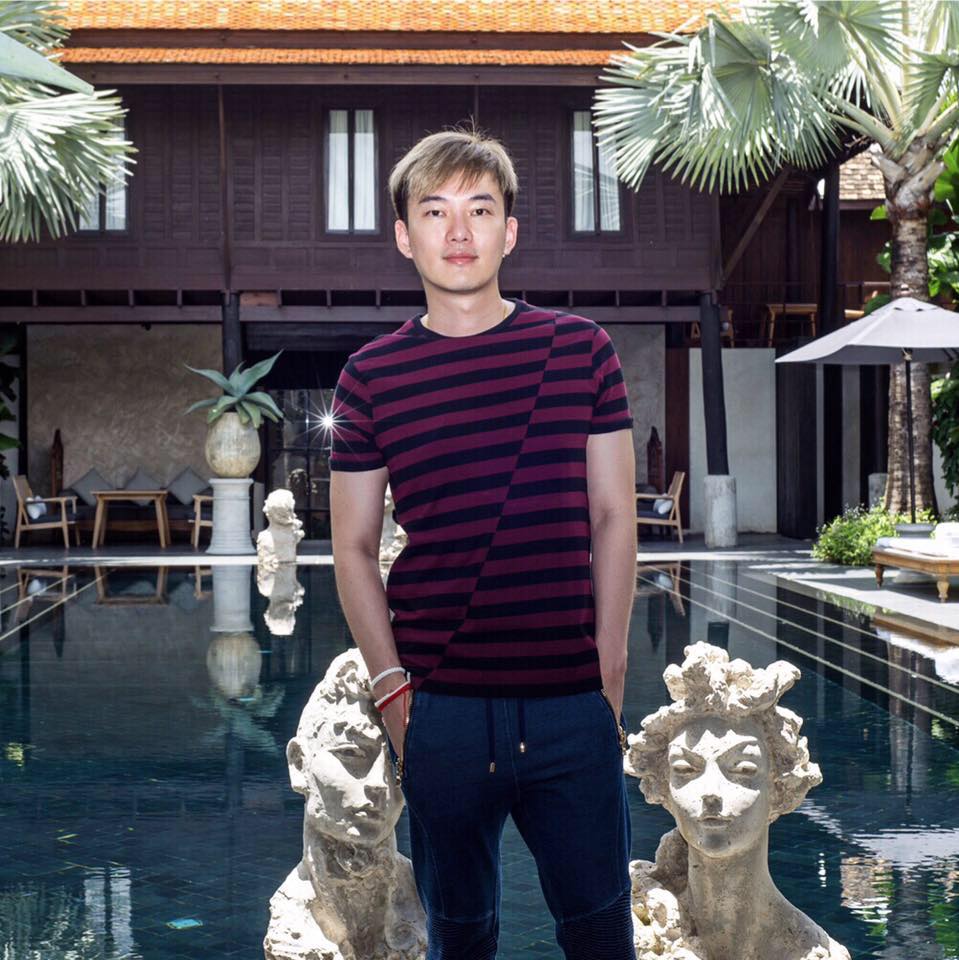 1. What were some of the difficulties you faced growing up gay in Singapore?

When I was young, the few gay friends I know seem to know I was gay too, I never had to come out to them.

I guess my first coming out experience would be when I was in NYC studying at NYU.

3. How did your family respond to your sexuality?

My sisters told me never to tell our parents. So I didn’t and I would tell them Oui was my best friend.

They only started to suspect after I went to stay with Oui in Bangkok after I graduated from NYU. I vividly remember that my father asked my eldest sister about my relationship with Oui in Tokyo and she retorted: “What do you think?!” But that was like 5 or 6 years after being with Oui so I guess my sister must have felt it’s time to let my parents know.

Anyway, they didn’t confront me directly about it. But I will always remember that after my sister told them, my father came into my hotel room (and Oui was with me) and just sat on the chair and said that he can see why we are good for each other and told Oui to take good care of me.

Oui and I were shocked to say the least. But I was close to tears because I knew at that moment, my parents know who I am and in their own way, have acknowledged our relationship.

It was the best feeling in the world.

4. How did the gCircuit parties come about?

When we did decide to do GCIRCUIT, we were lucky to have the support of our friends.

Before that, we went to all the gay parties across Asia and we always had good relationships with the organisers and owners of gay parties and clubs.

But we really had very low expectations so we were blown away by the response to our first SONG KRAN. And the rest as they say is history 😊

5. What has been the greatest challenge and reward for you in running gCircuit?

The biggest challenge and reward for us was definitely overcoming the shifting political climate in Thailand and being able to successfully do our parties.

We are very grateful that people still attended our parties during times of turmoil.

6. What do you think is the biggest misconception that people have about gay parties?

But I do think the younger generation are definitely more comfortable attending gay parties and being themselves. So in that sense, it’s good.

Gay parties should be an open place for every type of gay person, and I hope my parties portray that.

7. What advice do you have for people who are still hiding in the closet?

It’s such a complicated issue, and the obvious answer would be to be yourself! Don’t hide in the closet!

But I believe everyone’s situation is different and we are not living at a time when being gay is universally accepted. So I do understand the need for some to stay in the closet.

But what I can say for sure is that if you are able to come out and be gay, to your friends, your family and your colleagues, you will most certainly be a much happier person. So be brave is my advice, be brave so that you can be truly happy.

I am very lucky that I found my one true love, and he was and still is my first priority. I found love and then I built my life. It worked out great for me so I just want to say, nothing is more important.

If you find true love, fight to keep it. Everything else is secondary.

Aspirations: To be someone who inspires the younger gay generation that they can be themselves and be successful in love and life.

Your weirdest turn on? Men in uniform (hope that counts as weird!)

Something interesting about you not many people know about: I love anime 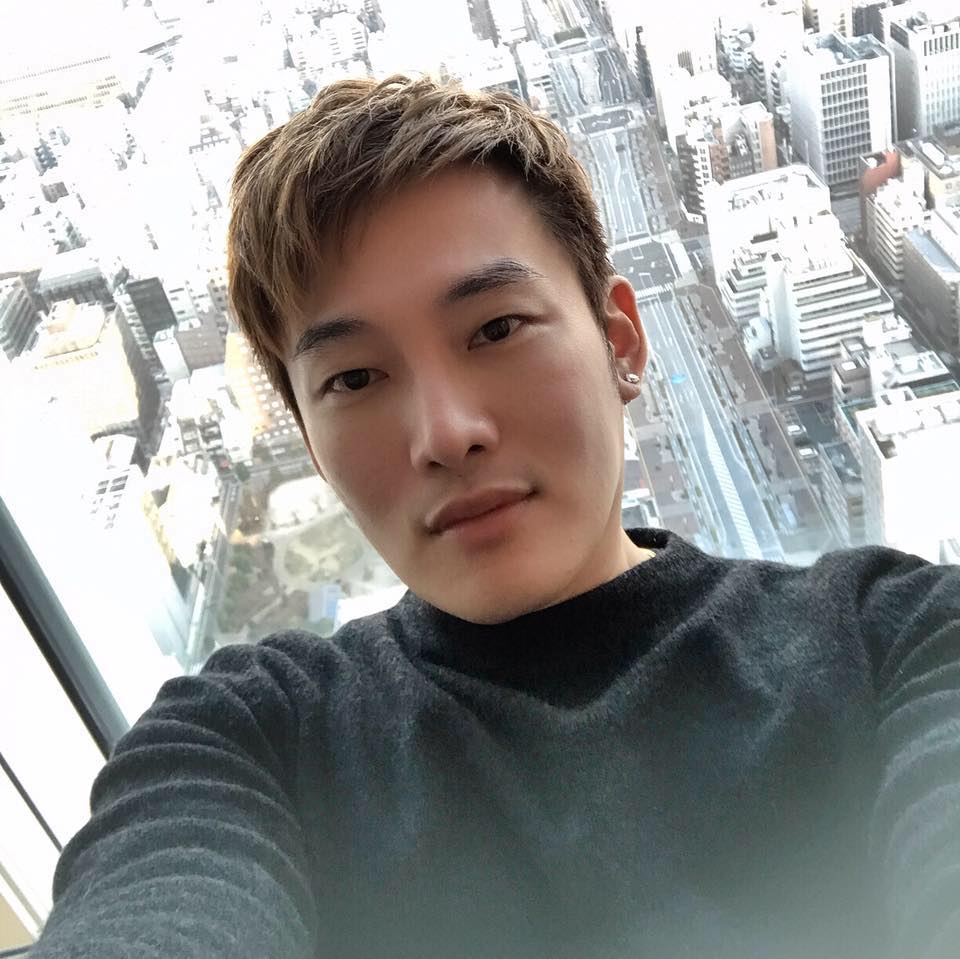 Once again, Dear Straight People would like to thank Tom Tan for sharing his story with us.