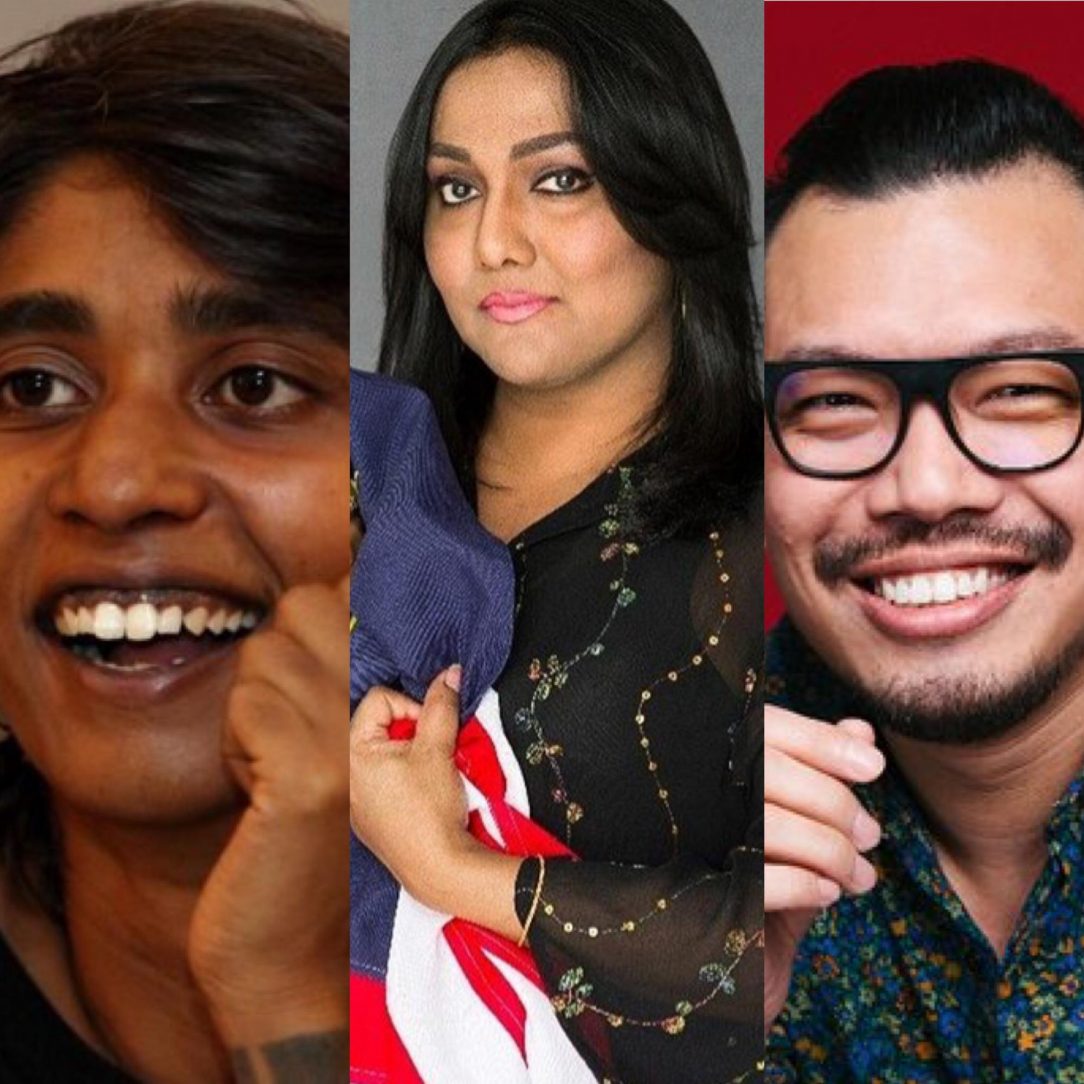 This list of Malaysian heroes include a gay conversion therapy survivor as well as the daughter of a Malaysian Prime Minister!

We’ve covered the Batmans and Wonder Women of Singapore’s LGBT Community, but now it’s time to pay homage to the heroes fighting on the other side of the causeway.

Though the LGBT movement has been steadily gaining traction over the past few years, not many youths know about the individuals that have been actively pushing it forward. But who can blame us? LGBT activists hardly get any time in the spotlight, and you most definitely wouldn’t find these narratives in national history textbooks.

But don’t worry about missing out just yet! We’ve compiled a list of 10 Malaysian heroes of the LGBT Community that Millennials should look out for.

In no particular order:

Pang Khee Teik may be known for his work in the arts scene as a consultant, curator, and photographer, but he is also lauded for being an LGBT activist.

In 2008, he had co-founded Seksualiti Merdeka, a sexuality rights festival held in Kuala Lumpur. Though the festival was eventually banned by authorities in 2011, it didn’t stop him from continually staying active in the community. He continually speaks his mind on LGBT issues, especially as a writer and editor of Queer Lapis, an online portal catering to the LGBT community. He also mentors others in organising events to raise public awareness of the cause.

She is the co-founder of the SEED Foundation, a community-run organisation that aims to empower people who are socially excluded in Malaysia. The organisation has recently set up a home for elderly homeless transgender people, providing a basic necessity for those who need it most. Nisha also co-founded the Justice for Sisters campaign to further investigate allegations of abuse against the transgender community in Seremban by religious authorities.

In 2016, Nisha became the first transgender woman to receive the prestigious International Women of Courage Award, one of her most notable feats.

Yuki Vivienne Choe, who identifies as a lesbian trans woman, actively shares her views on various online platforms regarding feminist and LGBT issues. Her work has served as inspiration for many individuals who are going through similar struggles.

As an ex-gay conversion therapy survivor herself, she has written for US-based Ex-Gay Watch, a site dedicated to critiquing and analysing political and religious movements which aim to turn gay people straight.

4. Dorian Wilde: Founder Of Platforms That Support The Trans Community

Dorian Wilde, a trans man, is the founder of the first online community of Malaysian transmen, Transmen of Malaysia (ToM). This platform seeks to raise awareness about transgender individuals. He also co-founded the I Am You campaign, which aims to enable Malaysian transsexuals to live openly, as well as influence change in society to foster understanding between communities through educational initiatives.

Aside from spearheading new initiatives, Dorian has also contributed greatly to other LGBT causes. These include Seksualiti Merdeka, a sexuality rights festival as mentioned earlier, as well as the Justice for Sisters campaign.

Khartini Slamah is a transgender woman who has dedicated her life to defending human rights, namely LGBT rights and the fight against HIV/AIDS. She has decades of experience in HIV/AIDS work at national, regional and International levels, and has even worked with largely marginalised sex worker and trans communities.

She is currently the Transgender program manager of the ISEAN Hivos, a program that aims to help two of the most at-risk communities that are vulnerable to HIV/AIDS: Men-who-have-Sex-with-Men and Transgender people.

In 2017, she was presented with a Hero Award by Bangkok-based regional sexual minorities advocacy group, APCOM, for her outstanding work.

For all the youths out there who think that young voices go unnoticed, Thilaga Sulathireh is here to prove you wrong. As a gender-fluid individual, she became an activist at a very young age, and had starting volunteering even as a teenager.

Thilaga has gone on to be a co-founder of the Justice for Sisters campaign. Along with her dedicated colleagues, they aim to raise awareness about the violence experienced by the LGBT community. Together with the Malaysian trans community, they organise workshops and performances, which aim to educate viewers and raise funds for their cause.

Though Jerome Kugan is a well known LGBT activist, he’s also an artist at heart. Alongside other notable activists, such as Pang Khee Teik, he co-founded sexuality rights festival, Seksualiti Merdeka.

In some of his work, Jerome cleverly interweaves his creativity with his passion for the LGBT movement. Some examples include his “queer art” creations, as well as co-editing Body 2 Body with Pang Khee Teik; A Malaysian Queer Anthology, before a few copies were seized by the Malaysian Home Ministry for investigation.

Despite such external setbacks, he continues to fight for LGBT rights and has initiated a popular local queer community party, Rainbow Rojak, that is held monthly.

Though she is the daughter of Mahathir Mohamad, a well-liked but controversial prime minister who is now serving Malaysia for a second time, she has made a name for herself as one of Malaysia’s most prominent female activists, and the author of 3 best selling books.

Marina Mahathir continues to champion the rights of women in Islam and LGBT individuals. It may seem surprising that a Prime Minister of such a conservative nation could have a daughter that unabashedly supports the LGBT movement, but Mahathir largely attributes her liberal views to her overseas education.

She continually fights for the basic rights of the LGBT community in the public eye, and emphasises the need for more public policies and education so as to foster a better understanding of LGBT individuals.

9. Numan Afifi: LGBT Supporter Who Bounced Back After Being Forced To Resign Due To His Activism

Numan Afifi was recently thrown into the spotlight due to an unfortunate incident in 2017. He had stepped down as Youth and Sports Minister Syed Saddiq Abdul Rahman’s interim press officer after receiving backlash over his LGBT activism. But not to worry, he’s doing well and has even been offered jobs abroad ever since!

His promising future prospects, paired with his impressive leadership capabilities just go to show that he is not, and will not be defined by his sexuality. Numan’s resilience in the face of this incident is inspiration to other members of the LGBT community in Malaysia who face discrimination in the workplace and their daily lives.

Shortly after leaving her family to live as a transgender woman, Sulastri Ariffin was forced to be a sex worker and was even arrested for living on the streets. Despite such harrowing circumstances, Sulastri was able to rise above these challenges and eventually became an advocate for transgender rights.

Since then, she bravely co-founded the Justice for Sisters campaign, alongside Thilaga and Nisha Ayub. She has also managed the SEED Foundation’s women’s programme and worked closely with LGBT individuals facing issues with their families and job discrimination.

Social media influencer Arwind Kumar may not be big in the Malaysian LGBT activism scene, but he’s still using his popularity for good. Famous for his youtube channel where he plays funny characters and rants about pop culture, he uses comedy to critique some of society’s more pressing issues.

One of his more recent videos covered a leading newspaper’s controversial “how to spot a gay” checklist, garnering over 100K views. Arwind is an example of how influencers can be a role model for youths by using their social media presence for good. 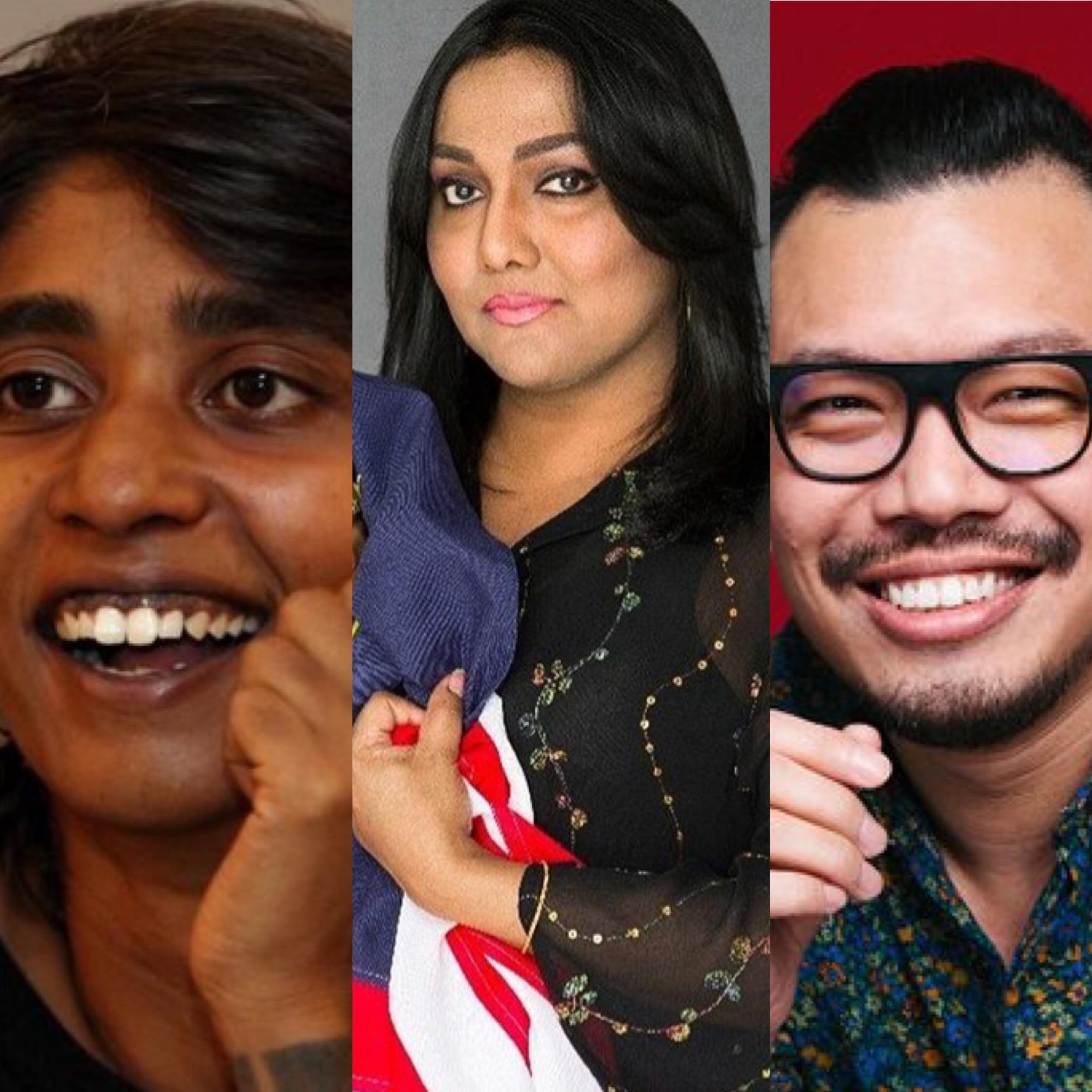 This list was never meant to be an authoritative one, nor was it meant to downplay the work of other Malaysian activists. Though the 10 individuals highlighted above have all made outstanding contributions to the LGBT community, they most certainly are not only ones.

We’re here to to celebrate the unsung heroes in our community, and we hope that this list can be a springboard for readers to look out for other heroes in the scene!