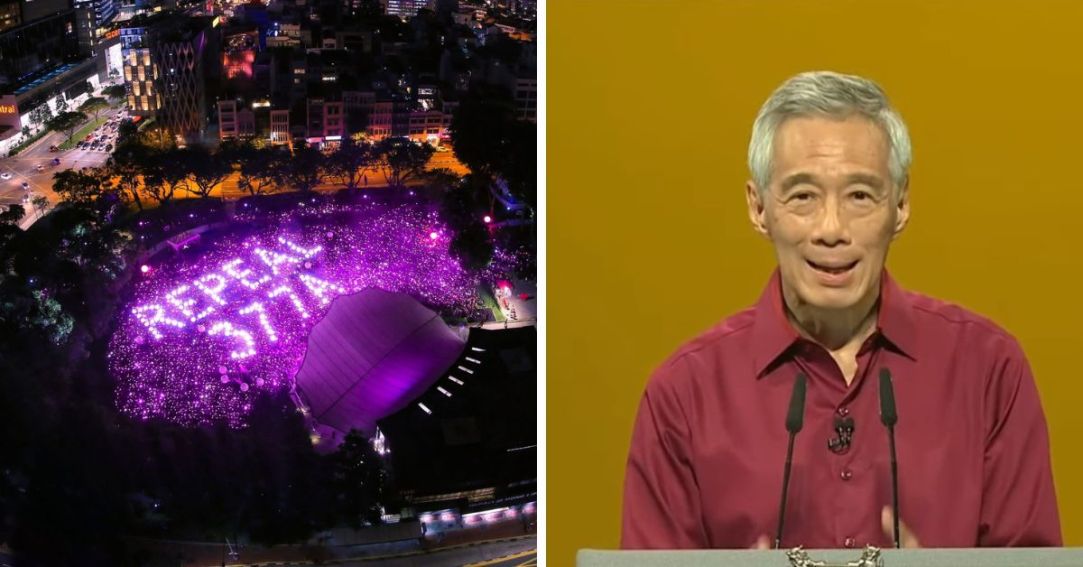 Singapore has finally repealed Section 377A; the archaic law that criminalises consensual sex between men.

Following months of speculation, Singapore has finally repealed Section 377A; the archaic law that criminalises consensual sex between men.

While the Singapore government has repeatedly stressed that Section 377A will not be enforced, the law has been a contentious point of issue for the community as it propagates stigma and prejudice by legally framing same-sex attraction as immoral and criminal.

During the National Day Rally on 21 August, Singapore’s Prime Minister Lee Hsien Loong made the monumental announcement that Section 377A will be repealed.

In his speech, he stressed that while sex between men will be decriminalised, Singapore will continue to protect traditional values. Measures to protect the traditional family unit include an amendment to Singapore’s Constitution, which will define marriage as being between a man and a woman. This ammendment will prevent constitutional challenges to the definition of marriage.

We have upheld and reinforced the importance of families through many national policies, and we will continue to do so.

They (gay people) are our fellow Singaporeans. They are our colleagues, our friends, our family members. They too want to live their own lives, participate in our community, and contribute fully to Singapore.

I believe this is the right thing to do and something most Singaporeans will accept.

Over the years, there have been legal challenges as well as non-legal movements to repeal Section 377A. After years of struggle, Singapore’s LGBT+ community can finally look forward to a future where same-sex attraction is no longer a criminal offence.