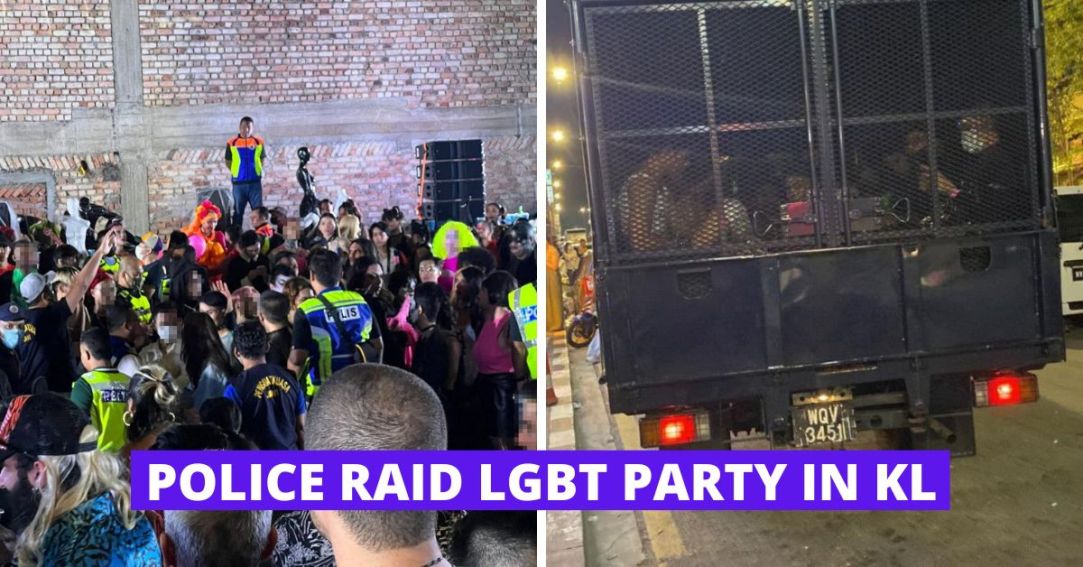 What was supposed to be a fun night out for LGBT partygoers at Shagrilla at RexKL quickly turned into a nightmare when the queer Halloween party got raided.

Police raided a queer Halloween party in Kuala Lumpur, with several partygoers getting hauled up for questioning.

On 29 October, throngs of LGBTQ+ partygoers made their way to a queer Halloween party organised by Shagrilla at RexKL, an entertainment hub in Kuala Lumpur. However, what was supposed to be a fun night out quickly turned into a nightmare when police unexpectedly raided the event.

During the raid, attendees were not allowed to leave as the exits were blocked off. LGBTQ+ partygoers could only watch helplessly as the cops barked orders at them.

According to one partygoer on Twitter, the raid lasted for over an hour and a half.

Several drag queens, transgender people and other party goers were hauled up and detained for questioning.

The event organisers have clarified that the party is completely legal, with the organisers having obtained all the necessary permits to hold the party.

The raid is believed to be an attack on the LGBTQ+ community, which continues to be a heavily marginalised group in Malaysia. The shocking raid on a queer Halloween party in Malayia have sparked outrage and widespread condemnation.

Notable public figures and organisations such as Charles Santiago and Pemuda Sosialis have condemned the senseless raid.

According to community organiser Numan Afifi, everyone who was detained during the raid have been bailed out.