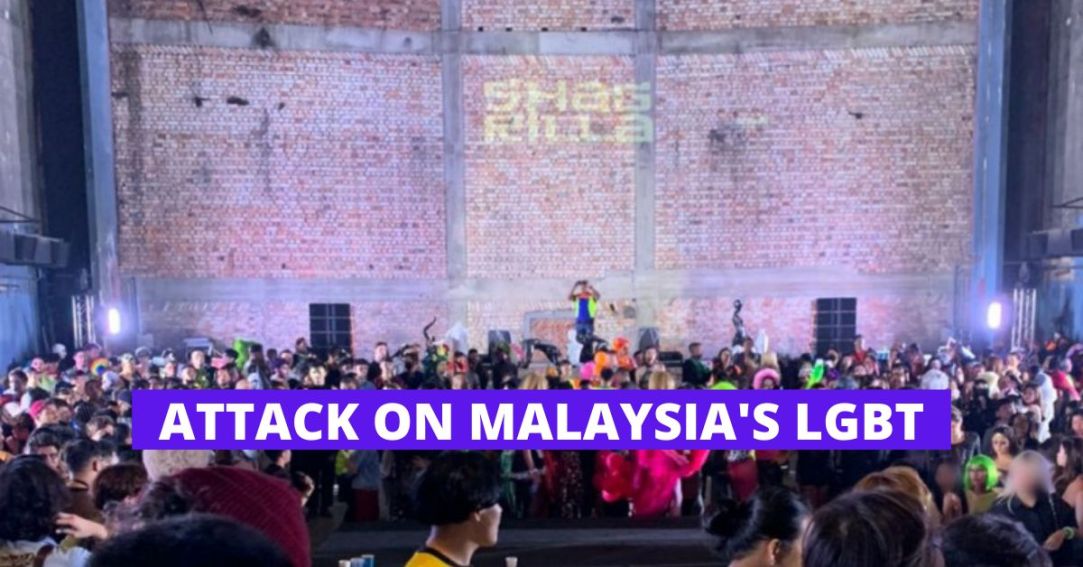 Shagrilla: A Detailed Timeline Of The Raid On An LGBT Halloween Party In Malaysia

Here is a detailed timeline of what happened during the raid on Shagrilla, which was an LGBT Halloween party in Malaysia.

On 29 October, throngs of partygoers at an LGBTQ+ Halloween party in Kuala Lumpur had their night ruined when police unexpectedly raided the queer event.

Dear Straight People spoke to several event attendees to get a better sense of what exactly went down that night.

Held at an entertainment hub called RexKL, registration for Shagrilla kicked off at around 7pm.

The event proceeded as per normal until police officers entered the venue and blocked off all exits. Lights were switched on and the crowd was separated into two groups; male and female.

Partygoers were asked to present their IC or passport for inspection. Over 20 attendees who were in drag or wearing women’s clothing were detained under Section 28 of the Syariah Criminal Offences (Federal Territories) Act 1997.

In addition, some partygoers were taken to the toilet to do a drug test.

In total, partygoers were detained at the event for almost 2 hours.

The attendees charged under Section 28 of Sharia law were escorted out into a police van, and brought to the JAWI office to be detained. Their belongings were confiscated as evidence.

Based on corroborated accounts from several party attendees, the raid on Shagrilla was clearly an attack on the LGBT+ community.

Partygoers who attended the event had their IC number recorded, while those who were detained for crossdressing all had their mugshot taken.

The raid sparked widespread outrage and condemnation. Several public figures have come out to condemn the senseless attack on Malaysia’s LGBT+ community.

“The LGBT (lesbian, gay, bisexual, and transgender) community has continued to be oppressed and persecuted for doing legitimate activities like everyone else. It is persecution.”

This targeted persecution against the LGBTQ+ community has the potential to trigger hate crimes, which we have seen happen in Malaysia. I urge authorities to cease hunting them down as if they are criminals,”

1 comments on “Shagrilla: A Detailed Timeline Of The Raid On An LGBT Halloween Party In Malaysia”