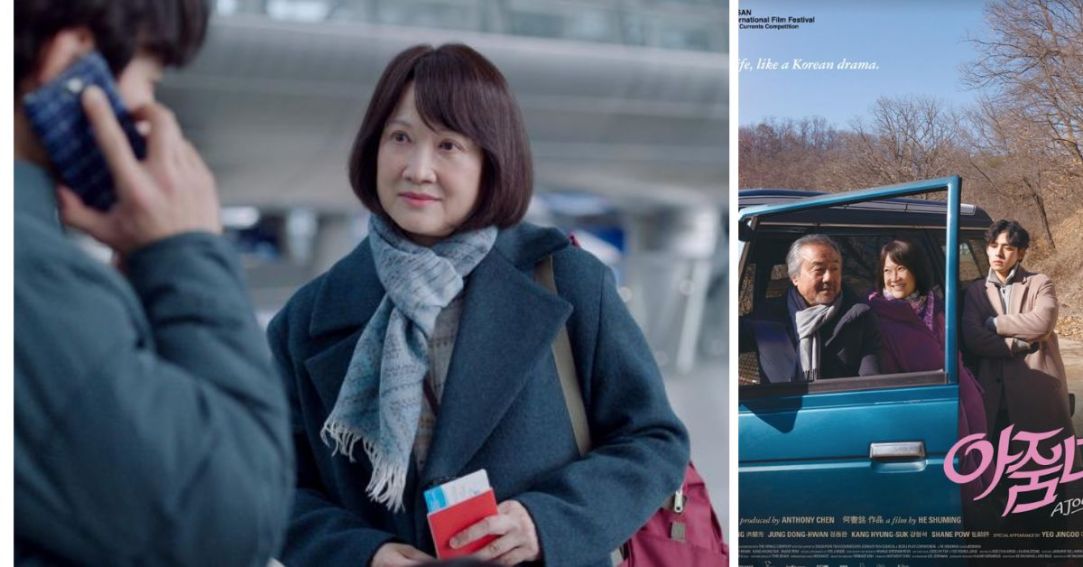 Ajoomma Contains Side Plot With Positive Depiction Of The LGBT Community

Directed by He Shuming and headlined by Hong Huifang, Ajoomma marks a rare occassion where a Singaporean film provides a positive depiction of the LGBT+ community.

Directed by He Shuming, Ajoomma is a unique coming-of-age film that focuses on a middle-aged housewife. Headlined by award-winning actress Hong Huifang, ‘Ajoomma’ follows a K-Drama obsessed Singaporean widow, who embarks on an unexpected adventure in South Korea when she gets separated from her tour group.

Since premiering at the Busan International Film Festival, Ajoomma has become the talk of the town after earning rave reviews. The film has racked up 4 nominations at the prestigous Golden Horse Awards in the following categories; best new director; best screenplay, best leading actress for Hong Huifang and best supporting actor for Jung Dong-hwan. Results will be announced at the 59th Golden Horse Awards scheduled to take place in Taipei on 19 November 2022.

Co-produced by acclaimed director Anthony Chen, ‘Ajoomma’ has been selected to be Singapore’s entry for the Best International Feature Film at the 2023 Academy Awards.

In ‘Ajoomma’, the protagonist has a son called Sam, who is played by Singaporean actor Shane Pow.

In a pivotal scene, Sam comes out to his mum over the phone, and informs her that he is in a long-term gay relationship. Although taken aback, Huifang’s character responds favourably to his coming out, and seemingly accepts her son’s sexuality.

While the scene may be brief, it marks a rare occassion where a Singaporean film encourages acceptance of the LGBT+ community.

Ajoomma is now showing in cinemas in Singapore.