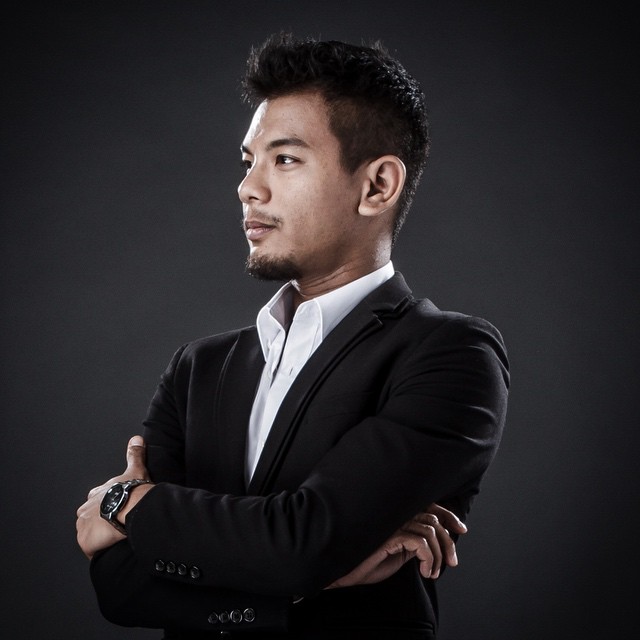 By Dear Straight People in Coming Out, Dear People, Gay, Gayspiration, Out Of The Closet, Viral on September 17, 2015January 27, 2018
3 comments 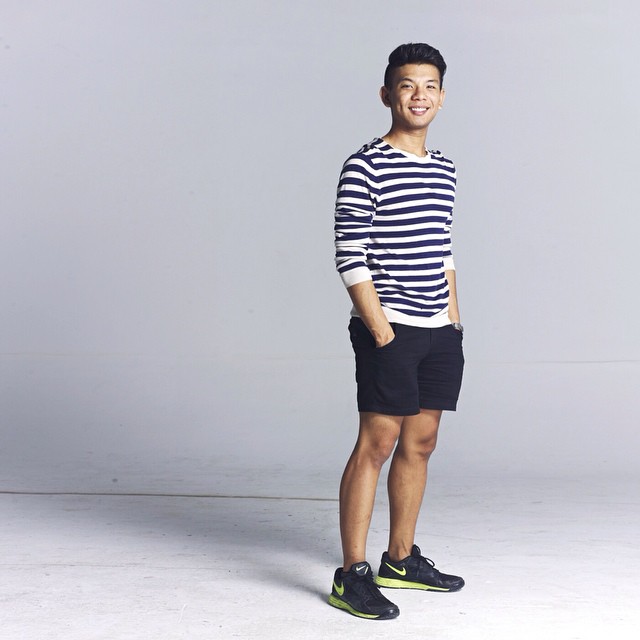 Born to a Malay family, homosexuality was a foreign concept to his parents. It was a topic that was rarely brought up nor discussed in the family. Never in their wildest dreams would Audi’s parents have expected themselves to have a gay son. Being gay however, was something that Audi was always innately aware of:

In hindsight, I’ve always been gay. It wasn’t something that was obvious to me when I was younger, but I guess after reflecting on the many times I’ve crushed over my male friends, or my sister’s boyfriends, and commented on for being pretty gay because of my behaviour, it does make sense. 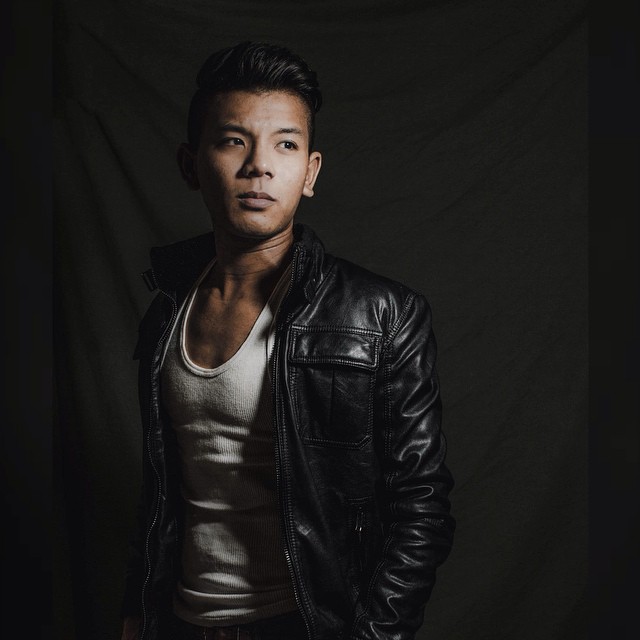 Since coming out of the closet, Audi has been a permanent fixture in the Singaporean gay scene (Tanjong Pagar, specifically). An avid clubber, Audi used to party at the gay club ‘PLAY’ twice a week. In fact, he got so involved with the club itself that he eventually became the club’s photographer and is currently part of their organising team for roving parties.

Getting involved with the gay scene has allowed him to rub shoulders with plenty of interesting characters from all kinds of backgrounds, ranging from the ultra rich to the lower-income groups.

I’m very lucky to be in this position where my ears can listen into issues of all variety. I’ve met people my parents would freak out at. Transgenders, drag queens, drug addicts, to name a few. I keep an ear out and observe what they do. I’ve immense respect for the drag queens in particular, and their art form. It takes so much effort and skill to pull off a show, and think of ideas for the next show.

But of course, the gay scene has its challenges too. Discrimination is rife in the gay community, which is pretty ironic considering the fact that gay activists often campaign on a platform of inclusiveness and acceptance. Audi states that:

You will be discriminated by anything; your height, your job, your face, your weight, your skin colour, your muscles and how many guys have slept with you. If you’re not part of the cool clique, you stand in the rejects corner, in the shadows, ignored. 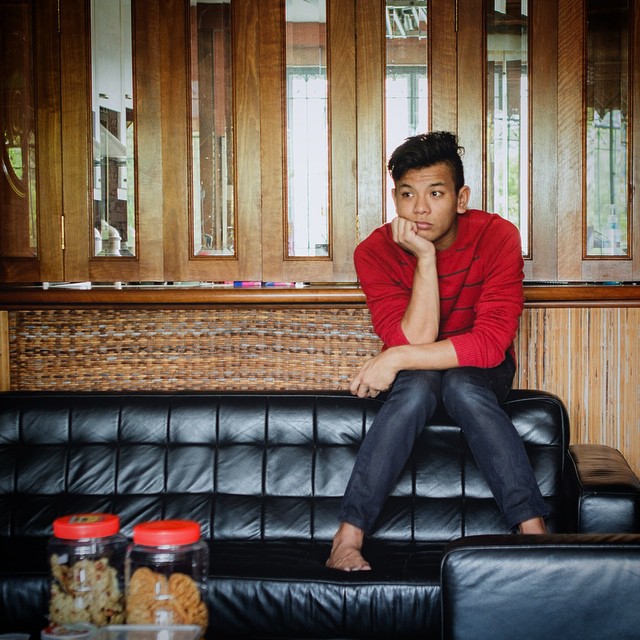 For Audi, it was his individuality that became his biggest source of criticism. Audi reflects that:

As a teen I was rejected by certain cliques, not fitting in because I was Malay. Funny enough, these were Malay cliques. I was criticised for having a different manner of speech, for not being ‘Malay enough’, not religious enough, and once I was liberally called ‘Christian’ because I hung out pleasantly with many Chinese friends.

But of course, the gay scene isn’t all that bad. Within the walls of the numerous gay clubs and bars that line the roads of Tanjong Pagar, Audi has met many nice people and made plenty of good friends. Many of the nights that he spent along the streets of Tanjong Pagar were filled with nothing but just fun and music.

Having said that, Audi admits that he is consciously making an effort to broaden his social circle as well.

I’ve come to a point whereby I realise I only have gay friends, and this, I thought, was dangerous. Because eventually you create this bubble, echo chamber, and on social media you have all these likes and shares but it doesn’t matter because you’re preaching to the choir. I’ve had to take steps to lessen this bubble, allow other opinions and views to come into my feed. So now I’ve a rather interesting feed whereby I’m looking at posts from all kinds of people – artists, ultra-religious, Malay community, low income, Chinese-speaking, anti-LGBTs even. 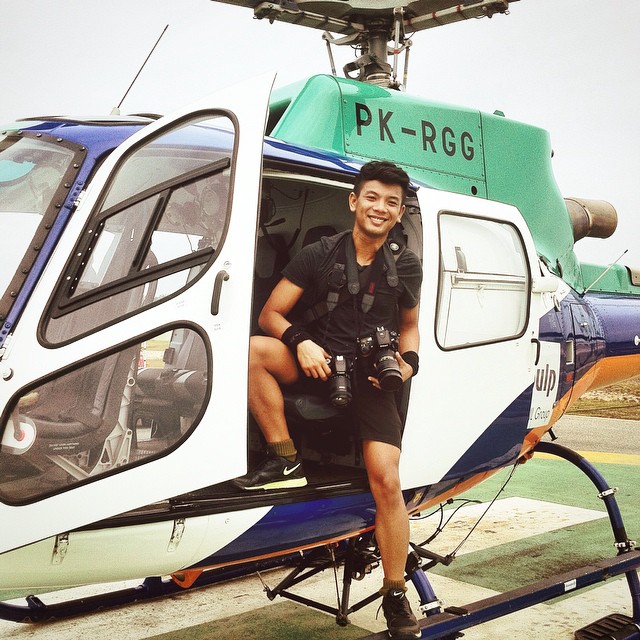 Outside of his involvement with the gay community, Audi has been working in the film industry ever since he graduated from Ngee Ann Polytechnic with a diploma in ‘Film Sound and Video’. Originally a film cinematographer and now a photographer, he’s also had stints as an actor, stuntman and assistant director as well. Currently working in a photo studio, Audi’s sexuality never posed much of an issue to his career progression:

Professionally, I’ve never been denied an opportunity because I was gay… My mentors openly accepted me…and from then on opportunities opened up to me purely by word of mouth.

On a more personal level, Audi enjoys gaming and has actually started a small group online catered to gay Singaporean gamers. Apart from gaming, he’s also an avid reader of topics like history, social issues and biographies. His passion for social issues coupled with his love for reflective writing is evident from his social media accounts, which he often uses as a platform to provide insightful social commentary. So unsurprisingly, Audi is currently considering exploring new career opportunities in the fields of research or journalism. 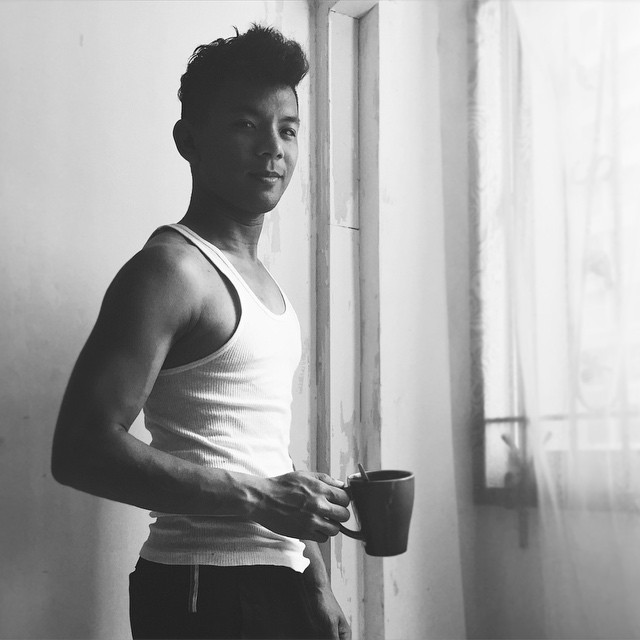 Audi has very kindly agreed to share his coming out story with us so read on to find out more about how he got to where he is now!

Anti-climactic. I came out in the army, even marched all the way to the MO to declare 302 (which in hindsight is pretty stupid and unnecessary). My straight friends had the reaction on the level of ‘Whatever, we already knew’. My relationships didn’t change, nobody treated me any lesser, and in some ways better, with a tinge of respect. I would actually chalk this up to the fact that after I came out of the closet, I didn’t transform into a flaming unicorn. I stayed the same, spoke the same, treated my friendships the same. In fact, there was a short period of curiosity by the others in camp, and they interviewed me a little about being gay. So many misconceptions. I tried my best to treat sexuality as simply a matter of fact, and not a badge of honor, and dispelling myths. Of course, some things were difficult to hide, such as the promiscuous gay culture, and rampant drug use.

2. Did you have any coming out experiences that were particularly significant or memorable to you?

Honestly no. Just many and many times I had to come out again and again to different people. I felt more confident, more daring, more secure about my abilities and what I could achieve. After all the years of self-doubt, not accepting who I inherently was, this was welcomed. With the positive experience I’ve had coming out, suddenly it seemed the possibilities of achieving success were higher. There was nothing to be afraid of. And failure can always be recovered from.

3. How is your family coping with it?

Shocked. They discovered it through meddling with my social media accounts. At the same time they discovered I left Islam, so it’s a double whammy for them. So many questions, they won’t let me off the hook. Their major concern it seems was the fact that I left the religion. There were a few years where our relationship was deteriorating, and in some cases ended up in shouting matches. I tried very hard to argue on the basis of logic and rationality, beyond the frame of religion, but as you can imagine it was difficult.

I think more than anything, they were worried for me, felt like they lost their little baby boy, about what the others will think. Why shouldn’t they be? I’m agnostic, gay, I smoke, and binge drink every week at least twice a week for many years.

Recently though it has mellowed out. I have mellowed out as well. My career is good, I’m paying the bills, my heart is fixated on social issues of the gay community and on the larger Singapore community, and I have matured in my thinking. This isn’t to say that they’ve accepted me though, but instead left it at don’t-ask-don’t-tell. I do get nagged still for not praying every now and then, or that my social circle is ‘bad’.

But I let it be. I’m an adult now, and I’ve come to understand where my parents are coming from. Whatever they’re doing is purely out of love.

4. As someone who is familiar with the Singaporean gay scene, how has your experience with the gay scene been like?

A mix. A bittersweet mix. I like to tell people that if you want a crash course on how society works, enter the gay scene. You have a nice cross section of the social strata here, and the political play is jarring. It has since mellowed out now that Tanjong Pagar is quieter, though I remember seeing how individuals would try so hard to climb the social ladder. It’s quite a funny thing to see really, when it’s quite a small pond, and all this nonsense about high/low profile exists only in the scene and does not translate to the real world.

On a larger scale, you have the activists who are doing their darnest to improve the community. I’ve personally received helped from individuals to launch my career, or help me out in difficult times. Many experiences I’ve had wouldn’t be possible without them. I’m indebted to a few.

The scene is not as vibrant anymore at Tanjong Pagar. Fewer people, lesser drama. The younger generation haven’t adopted wholesale the culture of previous generations of binge drinking and sexual freedom. They don’t also buy in much to who is famous or ‘high-profile’ in the scene. I think that’s great.

But of course it just means the currency has changed. Now it’s about who is famous on social media like Instagram, who has the higher follower:following ratio. Sexual habits have also changed, and it has dispersed onto apps. This trend of decentralisation also means it’s harder to focus certain efforts meant for the community, such as sexual health. There are higher rates of HIV amongst younger gay men now even if saunas are less popular than before. Drug use is still infiltrating the younger boys. How do you then reach out community efforts to educate? Used to be easier, just dropping by the bars and clubs and spreading your message. I think this is something that needs to be tackled.

Don’t rush to come out of the closet. It’s a huge decision. You need to think over it many times. Don’t simply buy in to the calls to be loud and proud. It doesn’t work for everyone. You have a life to lead, and should anything happen because of your decision to come out, these loud and proud slogans won’t be there to help you.

I’ve known people kicked out of their families after being discovered, their education and future now hang in the balance. You must have emergency plans in place. Only you will know when to come out of the closet and to whom.

That we want every other cock that walks by us. Honey don’t flatter yourself. We have tastes too.

Also we’re not all flaming queens. Our sexuality is simply a matter of fact. Our character and behaviour is just as varied as everyone else’s.

There’s a community out there willing to give advice (but take it all with a pinch of salt).

3 comments on “Out Of The Closet: Audi Khalid Shares His Story”