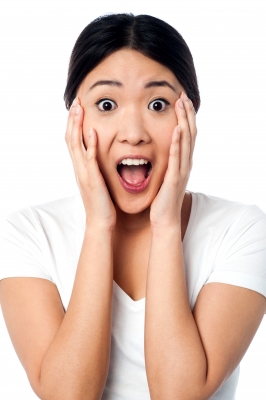 5 Of The Most Horrifying Cures For Homosexuality Ever Used!

Here are 5 of the most horrifying cures for homosexuality ever used:

In 2009, a controversial YouTube video posted by a church documenting the exorcism of a homosexual young man bought to light the kind of drastic measures some churches were willing to resort to in order to cure homosexuality. The video caused a huge controversy when it was uploaded and was taken down from YouTube shortly after.

If you’re wondering, the church in question is called the ‘‘Manifested Glory Ministries’ and is unfortunately still around up till this day.

This shocking form of treatment used in conversion centres involves electrocuting homosexual patients whenever a picture depicting an explicitly homosexual act was shown to them.

Check out the video of Samuel Brinton above, who shares his experience of being forced into conversion therapy by his parents in an effort to cure his homosexuality.

According to this report by the Economist, one form of treatment used by a conversion clinic in China called the Chuanwei Psychological Counselling Centre was to inject homosexuals with vomit inducing drugs whenever they were shown photos depicting homosexual acts!

One form of treatment that was formerly used by the British government was to inject homosexuals with oestrogen, which is a form of chemical castration.

If you watched the film ‘The Imitation Game’, the protagonist played by Benedict Cumberbatch was subjected to such a treatment during the end of the film.

In India, one form of treatment for homosexuals is that the families of homosexuals will assign a relative of the opposite sex to rape the homosexual in order to convert them into heterosexuals. In one shocking case, a gay man was forced to have sex with his mother!

While the other horrifying treatments mentioned earlier do kind of make sense from a really warped point of view, I’m pretty sure forcing any man to have sex with their mother is probably only going to traumatise them so much that they won’t ever want to sleep with a woman again!

10 Ways To Deal With Homophobic People

1 comments on “5 Of The Most Horrifying Cures For Homosexuality Ever Used!”