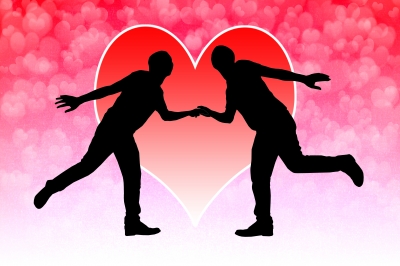 6 Awesome Same-Sex Marriage Proposals That Will Make You Smile!

You aren’t the only ones who know how to pull off an epic marriage proposal.

In no particular order, check out the following 6 super awesome same-sex marriage proposals that will most probably put a big smile on your face!

This incredibly touching marriage proposal takes place in Disney’s Boardwalk Resort in the United States. The elaborate proposal features a group of dancers as well as background music from Katy Perry and reportedly took Patrick 4 months to prepare! But judging from how touched Gavin was, all of the hard work definitely paid off in the end.

Pauly planned for 2 years to pull off this incredibly over the top marriage proposal which not only features a huge flash mob dancing to ‘Marry Me’ by Bruno Mars, he also roped in all of Werner’s family and friends to be part of the action too!

This viral video of Spencer’s marriage proposal to Dustin became so popular that Ellen Degeneres actually invited the couple onto her talk show!

Organised and produced by Big Hit Events, this video features the awesome surprise flash mob proposal of Violeta and Limor and takes place in New York.

This short but sweet marriage proposal between an unnamed lesbian couple at a gay pride event drew shrieks of approval from the crowd. One of the policemen himself actually took out his phone to snap a picture of the newly engaged couple!

When an incredibly brave Chinese man proposed to his boyfriend in the subway in Beijing, videos of their simple gay marriage proposal quickly went viral online. The most incredible thing about this marriage proposal isn’t the proposal itself, but rather the approval and support shown by the onlookers despite the fact that the gay proposal takes place in a largely conservative Asian society.

8 Mariah Carey Songs That Should Have Become Number 1 Hits