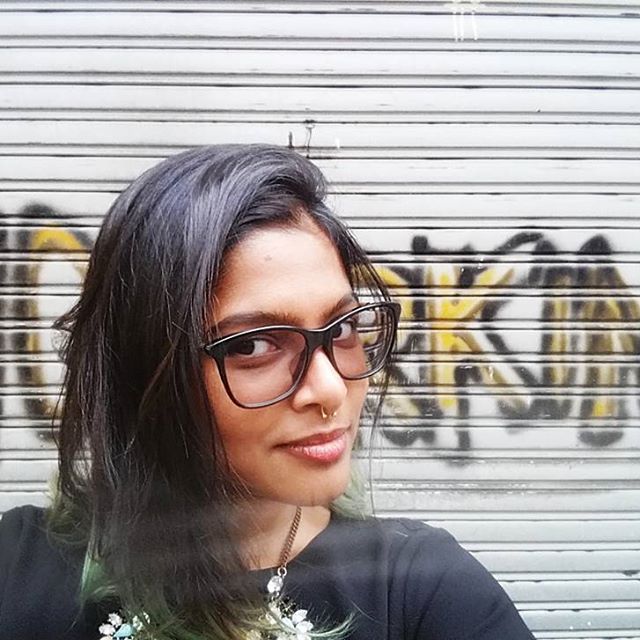 Sheni is a pansexual. Yes, a pan-sexual. Human sexuality don’t just comprise of hetrosexuality, homosexuality and bisexuality. Despite the fact that high profile celebrities like Miley Cyrus has come out as pansexual, pansexuality is one of the many other alternative sexualities that don’t receive much media coverage… until now.

The term ‘pansexual’ basically refers to someone who is not limited in sexual choice with regards to biological sex, gender or gender identity. In other words, gender itself isn’t a factor when it comes to their sexual attraction to other people. And that’s exactly how Sheni is like. 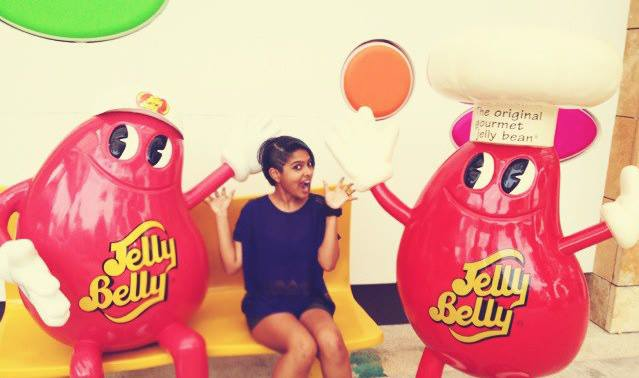 The first time Sheni experienced same-sex attraction, she was only 14.

Educated at an all-girls secondary school, having crushes on women was almost a norm at her school.

I was lucky growing up… I never got much of the “THIS IS WRONG” message when it came to attraction.

Despite the teenage girl crushes, Sheni only came to terms with the fact that she wasn’t straight after 16. 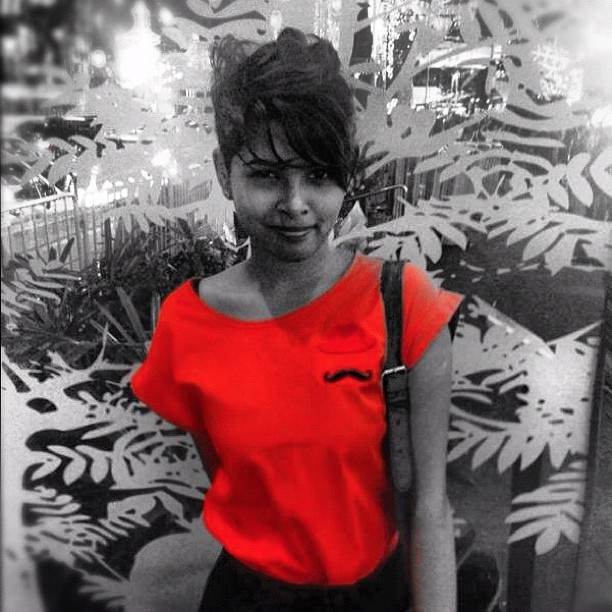 Before Sheni learnt about pansexuality, she identified as a bisexual first as that was the word that made the most sense to her.

Afraid of rejection, her coming out experiences during her teenage years were mostly disguised as jokes. That way, she had a safety net should the reaction turn out to be negative.

Maybe my friends thought it was a joke, or a phase that would pass. Maybe I thought so myself. But perhaps they never picked on it because it didn’t make a difference to them.

Most of these people are still my friends. I’d love to live in a world where there are more people like them. They don’t pressure me to talk about it, but I also know if I want to I can.

But of course, not all of the reactions to her coming out have been favourable.

There have been people who say “what’s wrong with you” or “ew that’s gross”.

In those times I turn to my friends and family. They share my anger, my fears, my sadness and I’m reassured that it’s going to be okay. 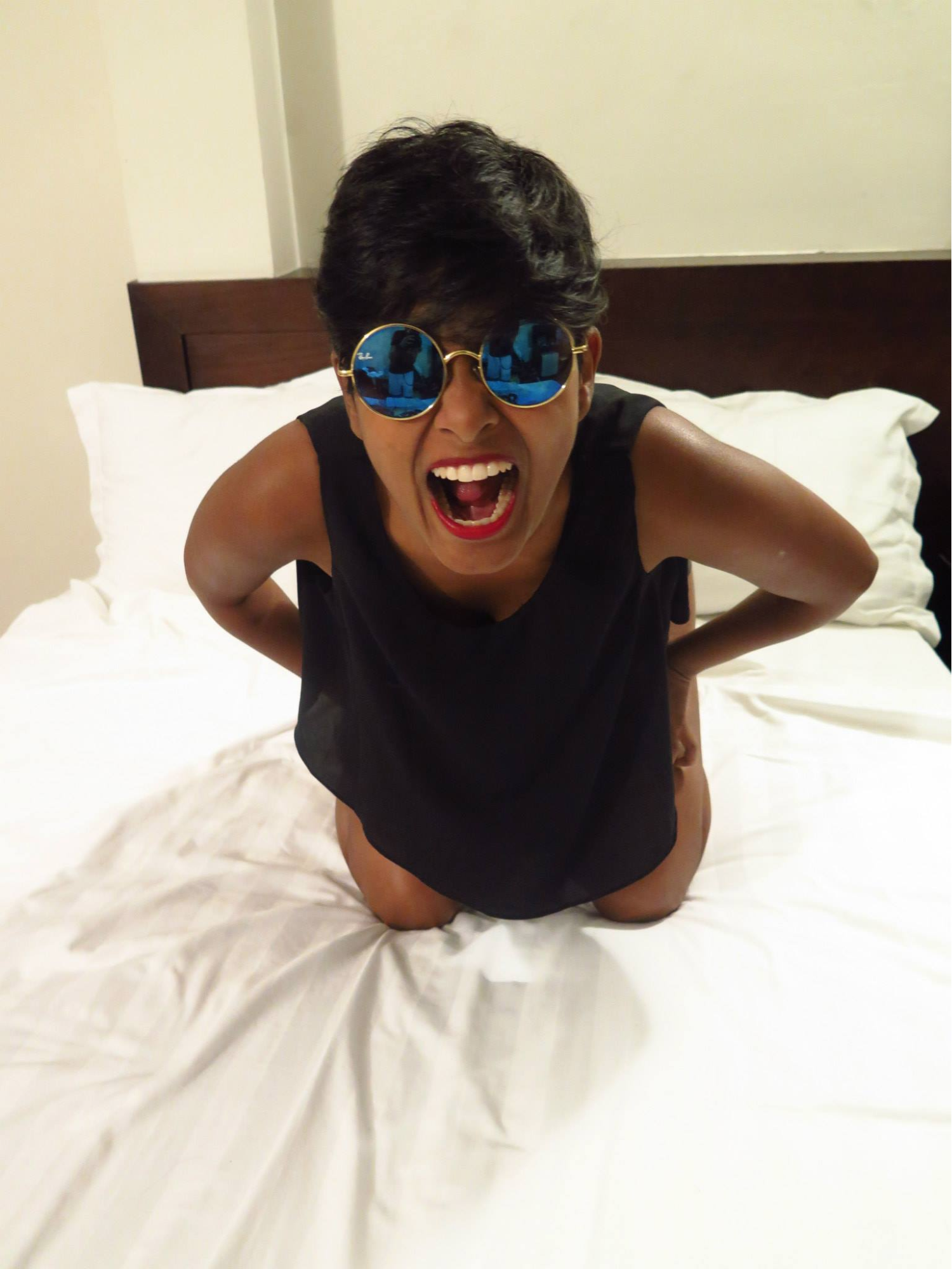 Despite the fact that Sheni identified as a bisexual for 10 years, the term never quite made sense for her.

The more I got exposed to things… the more I thought about how it worked or didn’t work for me, and what actually works. I got introduced to the word pansexual maybe 2 years ago. It was a better fit with who I am.

Gender is non-binary to me, and sometimes the people I’m attracted to are of different genders (male, female and others). 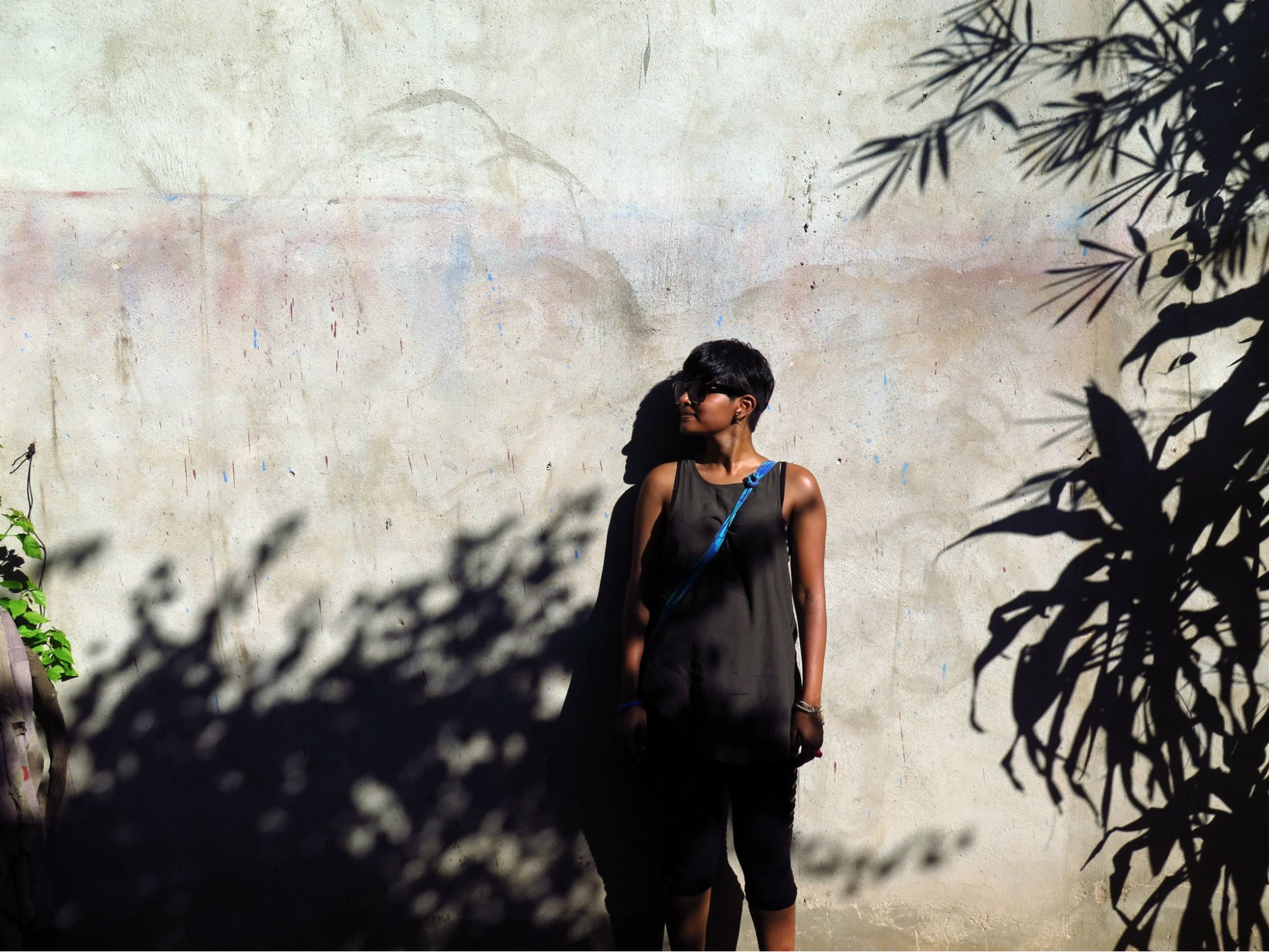 While Sheni has finally found a label that she can call her own, it’s not a term that defines who she is as a person.

Bi, Pan, Non-heteronormative. These are just words to me. Just labels.

I’m more than a label. I’m more than just one word. I am a collection of experiences and thoughts and feelings and that’s how I’d like people to see me.

So if you were to run into Sheni and ask her what her sexual orientation is, chances are that she might actually tell you that she’s bisexual instead!

Already there are times where coming out can feel uncomfortable. So I’m okay with using a more familiar word. It’s just a word after all. I also usually explain what that means for me if someone is interested in hearing. 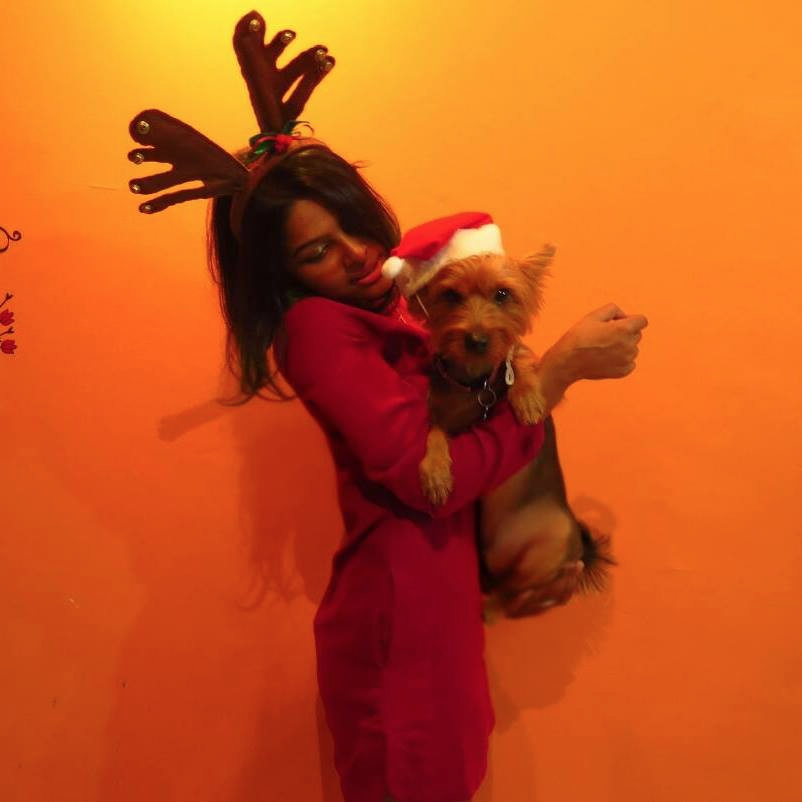 Outside of her sexual orientation, Sheni graduated with a Bachelor of Social Science from NUS. She joined Oogachaga as a Social Work Executive after a cousin who probably suspected her queerness referred her to the job opening. Thereafter, she worked in the Singapore Prison Service before re-joining Oogachaga as a full-time counsellor.

Sheni’s aspiration in life is to ‘continuously make choices that pave the way to happiness.’ An avid dog lover, some of her other interests include reading, eating chocolates and spending time with family and friends. 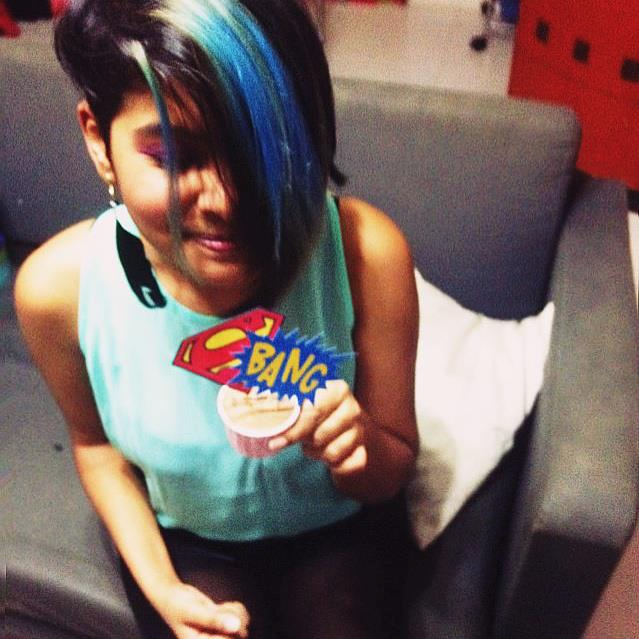 Sheni has very kindly agreed to share her coming out story with us so read on to find out more about what it means to be a pansexual in Singapore.

I can’t remember my very first coming out experience.

When I first started coming out I was in my teens maybe after 16. Most of my friends never made much of it, which helped. I wasn’t made to feel different. Straight or bi, or whatever I was, I was still the same person so it was easy to shrug off.

I asked my sister this exact question. And her response was, “Cope with what? What’s wrong with you? Are you dying?”

So we don’t like this question. Makes it sound like I have a disease or problem that my family copes with.

Every family is different… My family is not very verbal. We express ourselves through behaviours. And my family has shown me their support in their tiny little ways, like when they include my partner in our family time activities, when they cook for my partner and care for my sick partner. I have an entire collection of anecdotes on the tiny things that my family does or says that I read as signs of acceptance.

Editor’s note: We shall rephrase this question for our future interviewees from now on =)

3. When did you first start identifying yourself as a pansexual?

Growing up, bisexual was the word out there that made the most sense.

Working at Oogachaga really got me to think about my ideas of sexual orientation, sexuality, and gender. For me it’s more the idea that for some people, gender matters when it comes to attraction and for others gender doesn’t matter and I’m in the latter group.

In the end, what matters is how I make sense of who I am, because I’m the one explaining it to myself and others so what I feel comfortable with is more important.

4. What’s the general reaction you get when you tell people that you’re a pansexual?

“Whaaat? Stop making up your own words.”

“But you have a boyfriend, how can you be bi/pansexual?”

What’s comforting is that these are not the only reactions I get. Most people very politely ask me what does that mean and ask from a place of curiosity. So I’m happy to explain because to me they just want to understand who I am as a person better and I appreciate them trying.

5. Has your pansexuality ever posed a challenge to you in your dating life?

But yes. It bothers me when someone thinks I’m more promiscuous. Or that I’m confused. I try explaining my experience and if they are open to acceptance then we can talk about another date.

Dating is hard enough. Connecting to someone and being vulnerable in that process is scary. Sometimes I feel there are additional insecurities and stressors than come with being a minority. I wish I didn’t have to reassure someone that I wasn’t going to leave them for someone of a different gender. If I chose to date/love them, it’s because they are an amazing, beautiful, special person. These insecurities hurt our relationship and they hurt me.

6. As our understanding of human sexualities deepen, more and more labels are being conceived to cover the various sexual orientations out there. What’s your take on it?

I understand the purpose of labels. They give us the power to connect to other people who also describe themselves in the same way. It makes us feel ‘normal’. They simplify things and give me the language to describe myself with. So I’m all for labels if they empower.

At the same time I think labels circumscribe us as people. They over-simplify things. Make things one-dimensional. So I acknowledge their limits.

7. What advice do you have for people who are feeling lost with regards to finding their sexual identity?

It’s taken me years to figure out who I am, and there’s still room for further self-discovery. Your journey need not look like mine, but what helped me at the start was having someone by my side who didn’t judge me.

These people come in different forms. It could be a friend, a teacher, a pet, a sibling, or a LGBTQ affirmative counsellor. But it’s easier when someone’s got your back.

8. What advice do you have for people still hiding in the closet?

I know it’s scary out here. Having to come out is not a one-time thing and I still feel nervous about it. But it also gets awful lonely in the closet. As much as there may be rejection, there are also plenty of us here would like to meet you.

There’s also no rush. I only did it when I was ready and I think it’s okay to only do it when you feel it’s safe enough.

9. What do you think is the biggest misconception that people have about alternate sexualities?

It’s a phase. We’re confused. We’re doing it to be cool or make a statement.

When being heteronormative is all we know, then of course it’s confusing when you realise that you’re not. But at some point you figure things out and you’re sure and that’s a nice feeling – being sure of who you are. So trust me, when I say I know myself. I’ve lived in my skin for 28 years.

I’m not doing this for the attention. I’m just being honest about who I am.

Once again, Dear Straight People would like to thank Sheni for sharing her story.