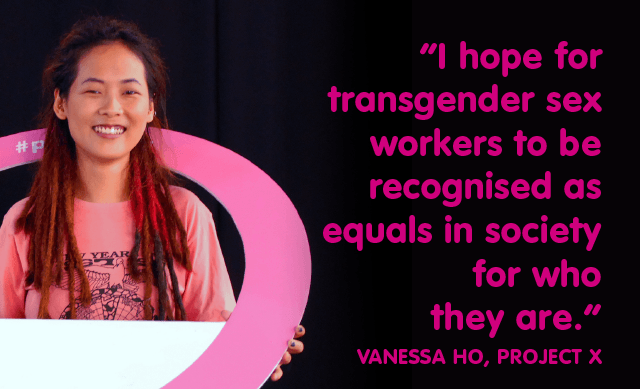 I’m not quite sure when it happened, but ‘Millennial’ has become a dirty word.

As a millennial myself, part of life as a millennial is constantly getting told about how awful my generation is. According to millennial bashers, we’re all supposedly apathetic, spoilt and self-absorbed narcissists obsessed with acquiring more Instagram followers.

But contrary to popular belief, not all millennials are social media whores. There’re actually Singaporean millennials out there who care about something other than themselves *gasp*.

Here are 8 Singaporean millennials fighting for the LGBT community that make me proud to call myself a millennial as well.

1. Benjamin Matchap: The Straight YouTuber Standing Up For LGBT Rights

Outspoken and opinionated, Benjamin Matchap has become a staunch ally of the LGBT community as one of his close family members is gay.

An active YouTuber, Benjamin regularly vlogs about LGBT related issues such as the Orlando Shootings and Section 377A. In addition, he also recently launched #ProjectWeExist, a video series that aims to document incidents of discrimination faced by members of the LGBT community.

Anyone who has ever met Vanessa Ho in person would know that this is not a woman you would want to cross. And this is precisely why trans sex workers should count their blessings for having someone as fierce as Vanessa on their side.

As the Program Director of Project X since 2011, Vanessa doesn’t just campaign for transgender sex workers. She’s bent on getting fair treatment and ending discrimination against all sex workers in Singapore.

Since taking over the helm of Project X, Vanessa has not only provided social and legal support to sex workers in Singapore, she has also conducted numerous outreach programs to challenge the stigma against sex work.

3. Darius Zee: The Proactive Activist Involved In Just About Everything

After witnessing the ecstatic aftermath that followed the legalisation of same-sex marriage in New York in 2011, Darius became determined to bring that same change back to Singapore.

Since then, Darius has become a permanent fixture in the local activist scene. He sat on the steering committee of Pink Dot from 2012 to 2015 and also shared his own personal testimony as part of Pink Dot 2016’s Community Voices. He’s also a volunteer counsellor for AFA (Action for Aids) and serves as the Asia-Pacific Correspondent for GayStarNews.

But that’s not all. Darius is also currently working on an upcoming collaboration with Project X and Oogachaga. You can read more about his life story here.

Towards the end of 2014, Christopher Khor inadvertently turned himself into a public figure when he came out publicly as a trans man in a Sunday Times interview.

That story went viral. And Christopher used his newfound fame to shine the spotlight on a very marginalised group in Singapore; the trans men community. Currently in the midst of producing a documentary chronicling the transition of several trans men, you can find out more about his upcoming groundbreaking project here.

Due to job discrimination, sex work seems like the only viable way to eke out a living for many transgender women in Singapore. So like many of her peers, Sherry too was once a sex worker.

But after a chance encounter with Vanessa Ho of Project X in 2014, Sherry joined Project X first as its Youth Programme Coordinator before progressing on to becoming their writer and researcher. Since then, Sherry has reached out to educate numerous trans sex workers during Project X’s outreach and community events.

You can read more about Sherry’s life story here.

As the overall coordinators of The Purple Alliance, they organise social events and outreach programs that are all aimed at supporting the LGBTQ+ community. Their two core programs are Trans* it! and Werq it!. The former focuses on providing support to the trans community while the latter refers to casual social gatherings aimed at building the social network of LGBTQ+ individuals.

7. Daryl Yang: The NUS Student Destined To Do Great Things

Currently pursuing Law and Liberal Arts at NUS, Daryl has already had his writings published in the Straits Times despite the fact that he’s still a student!

In July 2015, Daryl contributed an article that addresses the issue of LGBT bullying to The Straits Times. In addition, Daryl is also actively involved in LGBT community groups such as SGRainbow; a social group for gay, bisexual and queer men and The G Spot; a University group advocating for diversity and inclusivity.

With such a stellar resume already, it’ll be quite exciting to see what else Daryl manages to achieve after he graduates.

8. Alexander Teh: The Transman Who Started A Trans Support Group

Alexander Teh hasn’t even turned 21 yet, but he’s already making a positive impact on the world.

As a transgender male himself, the struggles that he faced due to his gender identity and sexuality spurred him on to help others in his shoes. Alexander joined The Purple Alliance two years ago as a volunteer, and went on to start a casual support group for trans people called Trans* it!

You can read his coming out story here.