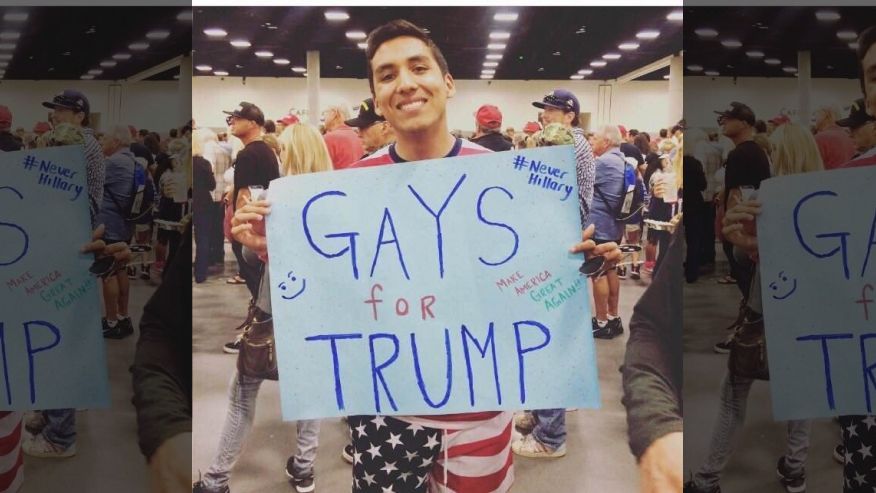 The only thing more surprising than Trump’s shock  victory is the amount of hate spewing out of the keyboards of gay Clinton supporters.

For a community that espouses the virtues of freedom of speech, it’s shocking to see so much hate spill out from the very community that campaigns on a platform of inclusiveness and acceptance.

And if you have no idea what I’m talking about, check out this harrowing account of what happened to a gay Trump supporter who decided to air his views.

I’m a gay man and I voted for trump.

I did so because I know it was for the best for my country, my family, and—if you believe it or not—the gay community.

This isn’t my first time just telling other gays that I voted for Trump. When I told other gays who believe the same as you, I was told I was a disgrace. I was called almost every word in the book. I was even told that I should just go kill myself.

Just because I voted for a different person than them.

I grew up as a gay teen struggling with who I was—some days, yes, actually wanting to kill myself. At the time, organisations like GLSEN and PFLAG and my schools GSA helped me.

Am I to believe that in the eyes of the gay community that the second I voted for Donald Trump my life became one that is worthless?

If that’s how the gay community sees me then I might be gay but I don’t want to be in your community.

Under no circumstances is it ever acceptable for anyone to ask other people to go kill themselves.

By bashing on people who think differently from us, we are becoming the very homophobes that we’ve been fighting against for much of our lives. By telling them that the reason why they are able to support Trump is because they haven’t been oppressed enough, we are invalidating their lives in the same ways that homophobes invalidate ours.

Sure, you can always try to reason with someone over why they should support Clinton over Trump. But nobody ever wins a debate by hurling insults at somebody else. And doing so will always make you seem like the uglier person.

Honesty and open dialogue is what will strengthen our community. Name calling and online censorship will only serve to tear us apart.

And who knows, by actually listening to what other people have to say, you might even learn a thing or two!

Out Of The Closet: Alexander Teh Shares His Story