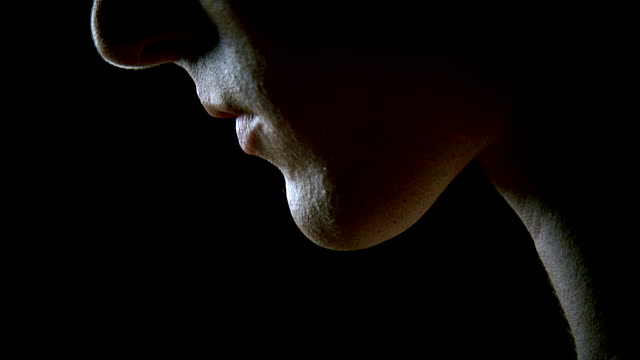 If you were to ever meet me in person, you would never suspect me of being gay.

My name is *Alan and I’m 30 this year, holding a well-paying job in finance. On the surface, I seem like your typical straight Singaporean, having been married to my high school sweetheart *Janice for the last 2 years. But lately, I’ve been seriously questioning my sexuality.

Growing up, I’ve had a few mild crushes on some of my older male seniors but I’ve always attributed that to being a part of puberty and never really gave it much thought.

During my second year of junior college, I met Janice who was one year my junior and who was in the same CCA as me. Sparks flew between us and before long, we started dating steadily and she became my first and only girlfriend.

For the next 10 years, we enjoyed a stable and happy relationship and became the envy of many others who often remarked that we were a ‘perfect couple’ seeing as our love remained strong while many of our friends were breaking up left right and centre.

On our 10th anniversary during an overseas trip together, I proposed to her and she tearfully said yes.

The first year of our marriage was wonderful. But everything changed when I met *Andy at the start of this year…

Andy was a new transfer at my company and I felt myself being drawn to him in a way that I’ve never felt drawn to anybody else before.

He was handsome, intelligent, fit, capable and one of the most charismatic people that I’ve ever met in my life. I found myself inadvertently creating opportunities to spend more time with him and soon our bromance blossomed and we would regularly hang out together after work.

When he eventually came out to me, I was beyond shocked. I don’t know much gay people and I was always under the impression that all gay men were feminine in nature but Andy wasn’t feminine in any way. When I managed to finally regain my composure, I assured him that nothing changed and we would still be bros.

But over the next few weeks, I started to fantasise about Andy sexually. As much as I tried to push the dirty thoughts out of my head, I couldn’t do it. Eventually I gave up and decided to make a move on him as I wanted to get it out of my system.

Unfortunately, what I originally intentioned to be a one-night stand to flush the homosexual urges out of my system ballooned into a full-blown affair. At first, I attributed it to just mere curiosity as I explored every type and variation of gay sex with him. I told myself that when I finally got bored with him sexually, our affair would end and life would return to normal.

But I never got bored with Andy. I actually enjoy his company a lot more than my own wife. He was like the soulmate I never had. With Andy, I could talk to him about absolutely anything and everything under the Sun. He complimented me in every way possible and I fell in love with Andy in a way that I’ve never loved Janice before.

What Should I Do?

All my life, I’ve always been someone who was clear about what he wanted in life. But now, I’m completely lost as to what I should do.

On one hand, I’m consumed by guilt over my affair with Andy. I still love Janice. She’s been such a huge part of my life I would always have feelings for her in some form or another. She’s been such a great wife to me and she really doesn’t deserve this. But I find myself losing interest in her and I think that she’s starting to get suspicious.

I love Andy but I know that our relationship is dragging him down as well. He’s met Janice a few times and also feels guilty over our affair but he confessed to me that he loves me so much that he isn’t able to leave me. Frankly, I too can’t bear to end my relationship with him.

I find myself reading some of the loving gay couple stories here and I get filled with envy wishing that Andy and me could have this life together too. But I’m afraid of coming out as bi, or gay or whatever not just to Janice but to my family as well.

I mean, how do you tell your wife and family that you’re in love with another man?

*Names have been changed.

Submit your own anonymous confessions here or email us at dearstraightpeople.info@gmail.com if you would like to submit a credited contribution!

Confession: I Am Straight… But I Regularly Have Sex With Other Men

Edits to parts of the submission not affecting the story have been made.

6 comments on “Confession: I’m Married To A Woman… But I Think I Might Be Gay”