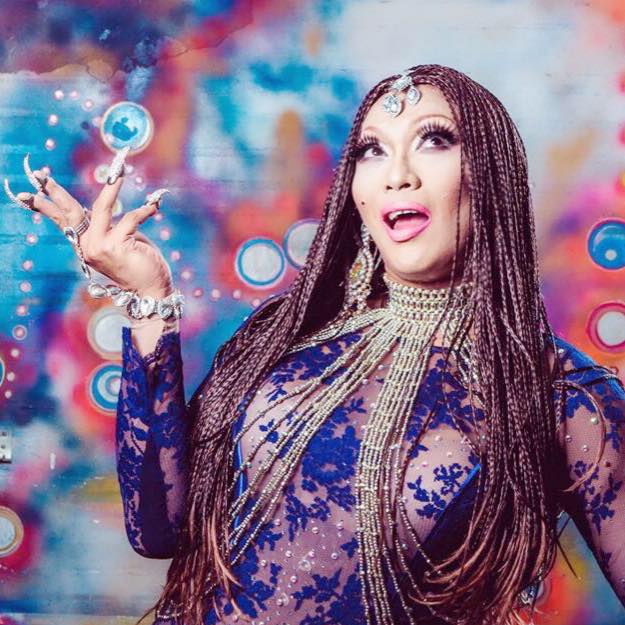 Out Of The Closet: Noris aka NORIStar Shares His Story

By Dear Straight People in Coming Out, Dear People, Gay, Gayspiration, LGBT Culture, Out Of The Closet on December 27, 2016January 29, 2020
No comments

Meet 40-year old Singaporean Norisman Mustafa… who is better known by his drag persona as NORIStar.

A veteran of almost 20 years in the local drag circuit, Noris is no stranger to the spotlight. Featured in a wide range of publications over the years, Noris just recently scored himself a prominent feature on  The Straits Times in June last year.

What’s more impressive however, is the fact that Noris has managed to carve out a successful career in a scene that routinely spits out wannabes. Scoring up to 12 bookings a month, NORIStar is still shining as bright as ever. But despite being one of the most prolific drag queens in Singapore, not much is known about the man behind the glamourous get-ups.

For the first time ever, Noris comes out publicly about his struggles as a gay Malay man trying to find success as a drag queen in Singapore. 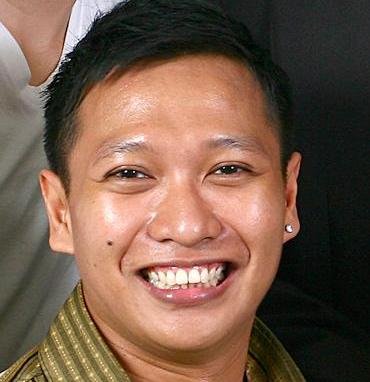 Born into a conservative Muslim family, the pressure to conform to societal expectations of how men should be like was something that Noris had to struggle with for much of his life.

No matter how modern or advanced we get, religion was upheld in whatever we do.

So even when I was young, I had to control myself very much from being loud. If not I would be name called and bullied in school.

Try as he might however, there were some things that simply couldn’t be controlled. For example, when Noris was just 8-years old, he experienced same-sex attraction for the first time. And despite his parent’s best efforts, Noris naturally gravitated towards toys and activities that were conventionally considered feminine.

I was always fascinated with soft stuff. Toys, fabrics, feathers even hair. I would comb my sisters hair for hours! 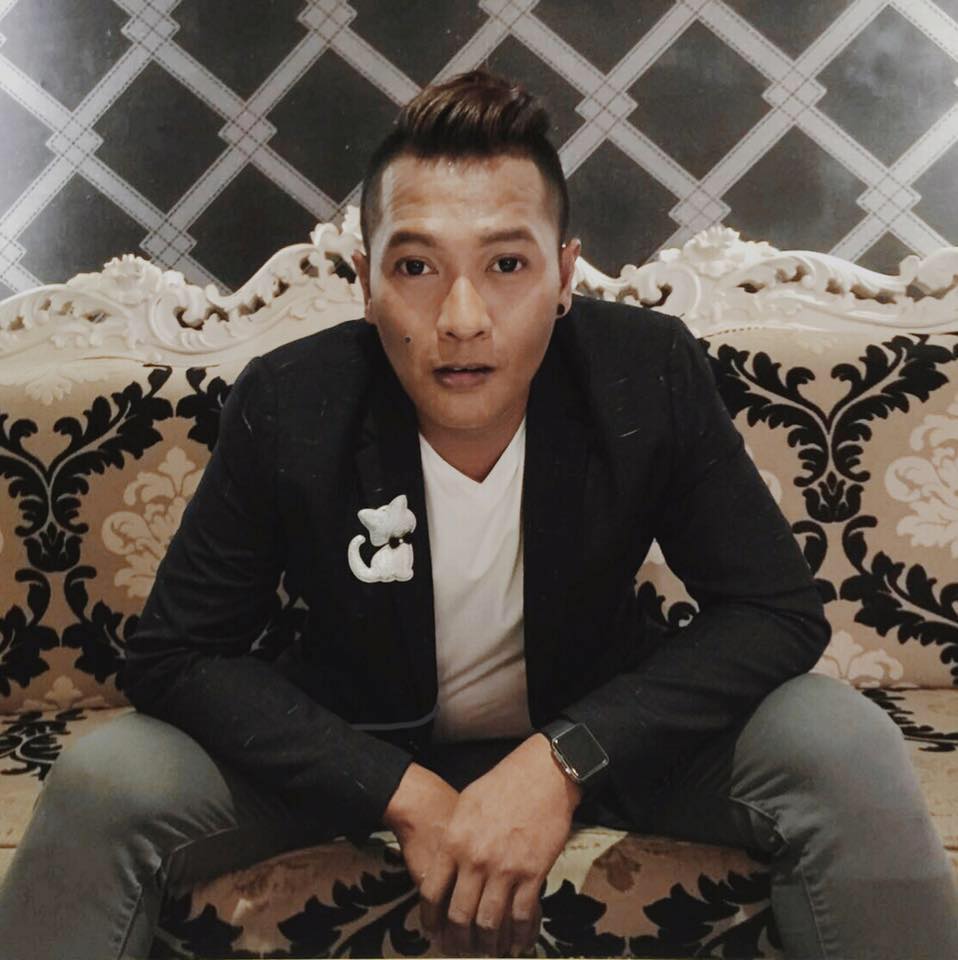 Noris’ affinity with the stage was evident even from a young age.

At the age of 12, Noris met and became best friends with a neighbour who just moved in. It was through that friendship that sparked Noris’ love for performing.

We confessed to each other that we were ‘different’ and we became best friend right away.

We would play ‘dress-up’ using curtains, bedsheets, towels, dresses and wigs. We would parade along our staircase corridors doing fashion shows, sing, dance and act as female characters.

Noris and his then best friend would stage weekly talent shows in front of an audience comprised of their female neighbours who would also serve as judges.

It became a weekly thingy where we would plan and rehearse our gigs for the little talent show on every weekend. It was something that we always look forward to. 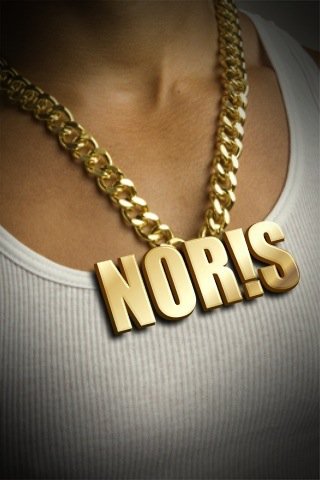 Their friendship unfortunately, was not meant to be. Four years after they first became BFFs, both Noris and his best friend were outed against their will thanks to gossipy neighbours.

Both families had an emergency meeting on this. Heated arguments were exchanged. Then we were both separated.

In an effort to stop their sons from ‘becoming gay’, both families moved away.

As we parted, we made a promise to each other:

“We should carry on living as who we are and grow up to make the world accept people like us. We’ll show them the best of what we can do.’

Fuelled by his promise to live an authentic life, Noris decided to chase his dreams of becoming a performer. 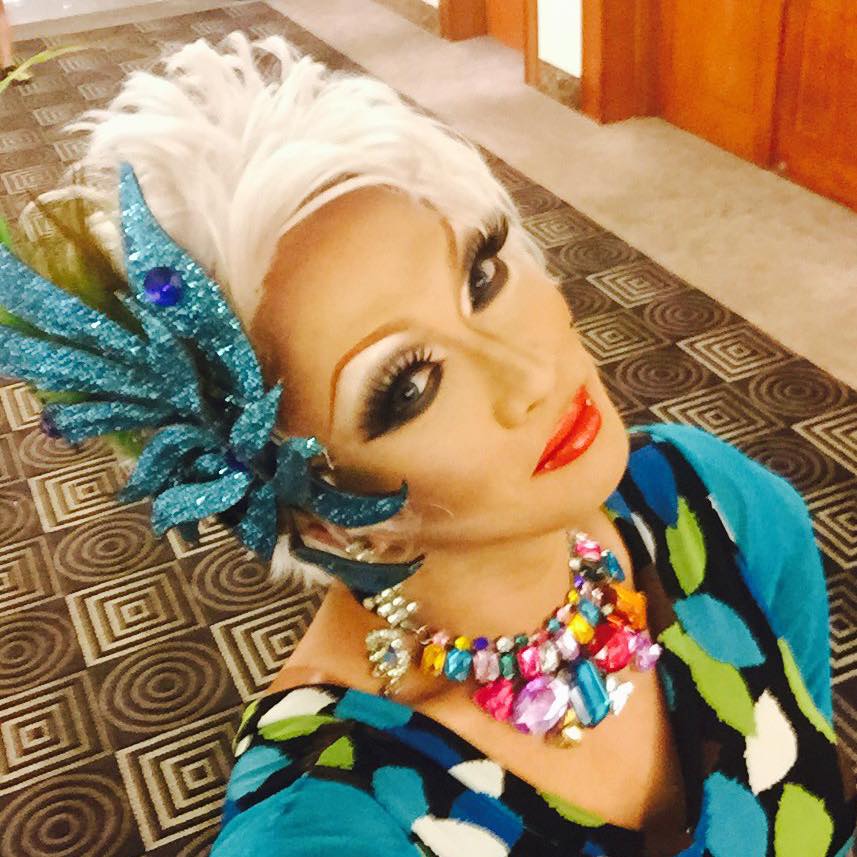 Noris began by getting himself involved in theatre productions. From learning character studies to attending theatre workshops. theatre became an avenue for Noris to freely express himself.

Then when Noris began his mandatory 2-year long National Service, he managed to find a group of like-minded friends who introduced him to an entertainment agency.

Once they are trained, they will be chosen and called up for corporate event shows! I was attached back then and we would just come and watch them rehearse every weekend.

Encouraged by his then boyfriend, Noris decided to join the company and try his hand at becoming a drag queen.

It was scary at first, as these are corporate events and they really mean business. If you are a bad performer, they won’t pick you for the next gig.

I was lucky to have a partner who supported me and pushed me to be better all the time.

Over the next few years, Noris worked hard at honing his craft. His perseverance paid off when he landed a regular performing gig at a club in Clark Quay. That was the breakthrough that he needed to help launch his career.

With close to 2 decades worth of performing experience, Noris is one of the most respected veterans of the local drag scene.

Apart from being featured on mainstream publications, Noris has also managed to snag acting roles in TV shows and movies. In 2006, he appeared as a drag queen in local television series ‘Rogue‘ and followed that up with an appearance in the 2007 Royston Tan hit movie ‘881’.

Most notably, he was awarded with the ‘Best Drag Queen of the Year’ award by Zouk in 2005 and was referred to as the best Drag Queen Comedian for the Super Kaki Events in 2015 by The New Paper. 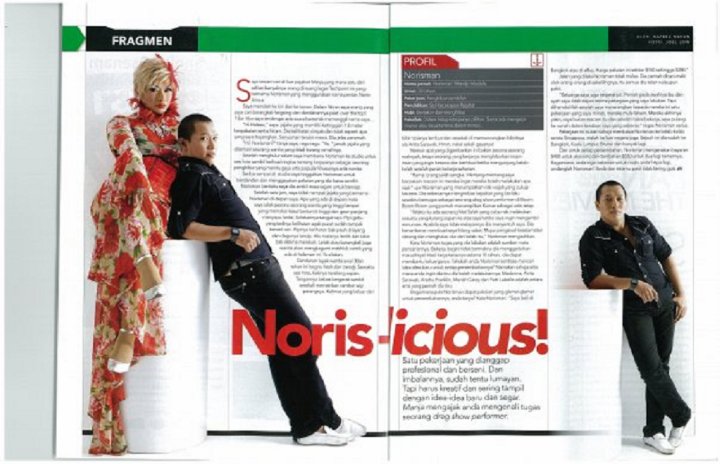 When Noris is not busy slaying the stage as his drag persona, you might find him engaging in his favourites activities – cycling and watching movies.

Currently single and available, Noris aspires to ‘be so good that no one can ignore you.’ And one of the things Noris is really good at is singing!

I can sing! Really I can!

Noris has very kindly taken time out of his busy schedule to answer our Q&A so read on to find out more about how life as a drag queen in Singapore is like! 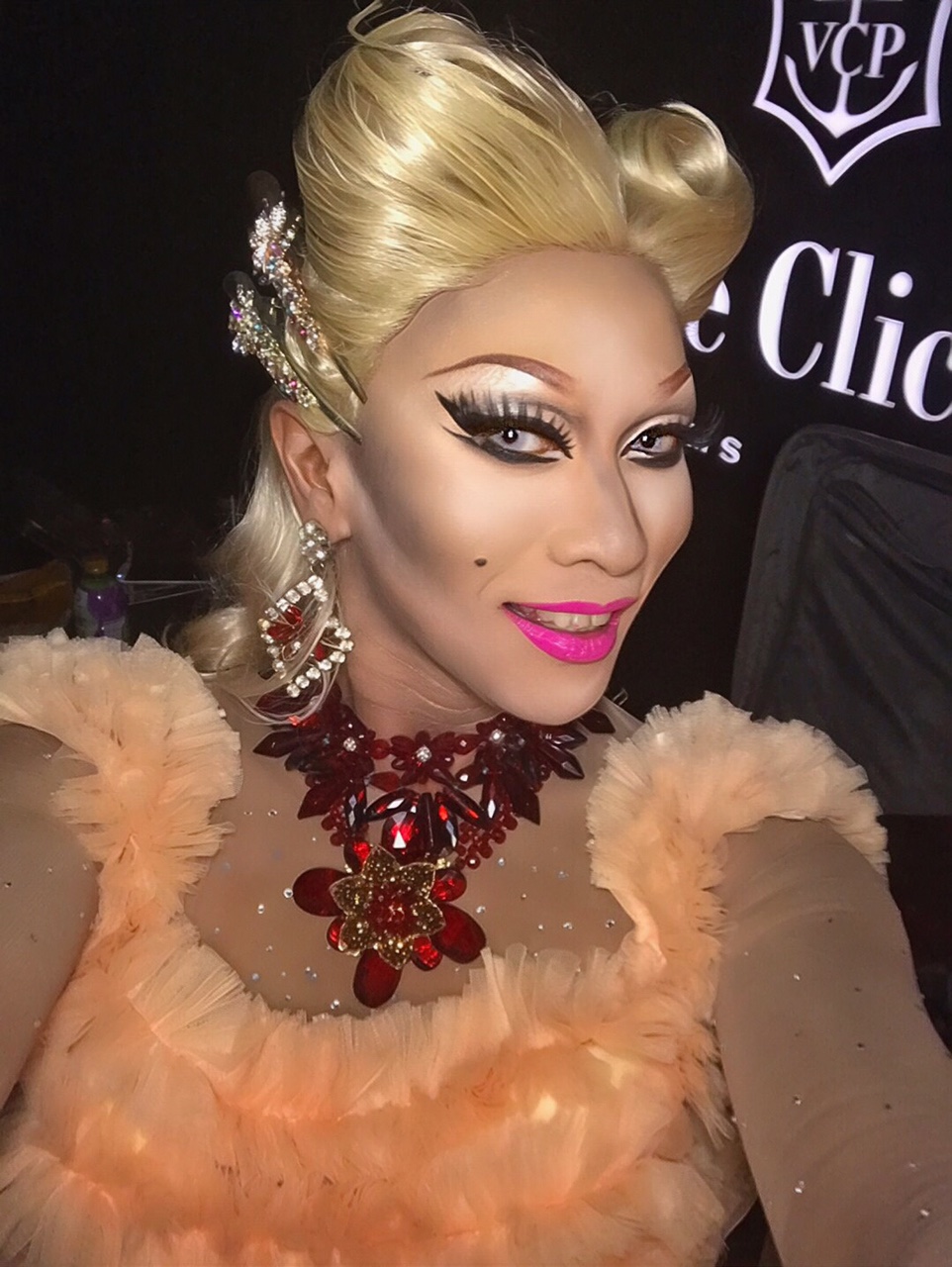 It was not easy. Nobody has it easy I suppose.

My best friend and me were 16-years old. Our parents found out about us being gay and doing all those activities from neighbours.

We both were separated. We cried a lot that day. Although my heart broke that day as I lost my pillar and confidant, I held on to our promise to be ourselves. It is what keeps me going.

It was not smooth sailing.

They asked me questions after questions that I wish to forget.

3. How did your family respond to your choice of becoming a drag queen?

I’ve been keeping it a secret because of the bad experience I’ve had in my childhood. I was chased out of the house, but I came crawling back in literally.

Time and time again when they chase me out, I came back in. I told myself I still need my family as I still need their love, care and family values and wouldn’t want to throw it all away just because they don’t understand what I was doing. They think once you wear a dress, you’ll end up a prostitute. I wanted to prove to them that this is nothing but just a profession and I am good at it.

And so one fine day my late dad sat me down and said, “I’ll let you do what you are doing but you must promise me one thing. You come out of the house as a man, you come back as a man. Nothing else added or altered! Prove to me that this is a profession.”

You know that smile that sails the thousand seas? I think I had that on my face!

True enough as the saying goes, ‘as you are consented and blessed by your parents, you’ll end up successful in what ever you do.’

4. What were some of the challenges you faced in pursuing a career as a drag queen from the queer community?

Unfortunately, even our own community slam us the same way as what the straight people would. No difference.

An addition to that, they think that our personas on stage are a disgrace. They all should learn their history. Really they should.

Without the Drag Queens, they won’t be as free as they are now. You know, in our history, the Drag Queens are the ones who risked their lives by starting the fight for freedom and gay rights (e.g. Stonewall). Hence the Mardigras is celebrated till now.

I also lost my 7-year long relationship due to some insecurities my partner had. A price to pay for being high profile.

One day I’ll find the right one. I believe so

5. Any plans to ever retire from the drag profession?

I will one day.

As for now, I’m concentrating on strengthening the Drag Queen Showgirl Culture till its fabulous again!

6. What advice do you have for aspiring drag queens?

Some people are born with it and some train for it.

Either way, work hard and you’ll make it!

Now go on, put on some heels and walk around. I assure you, you are inches away from touching the stars.

That’s when you’ll feel fabulous! As long as you don’t fall that is! Hahaha! 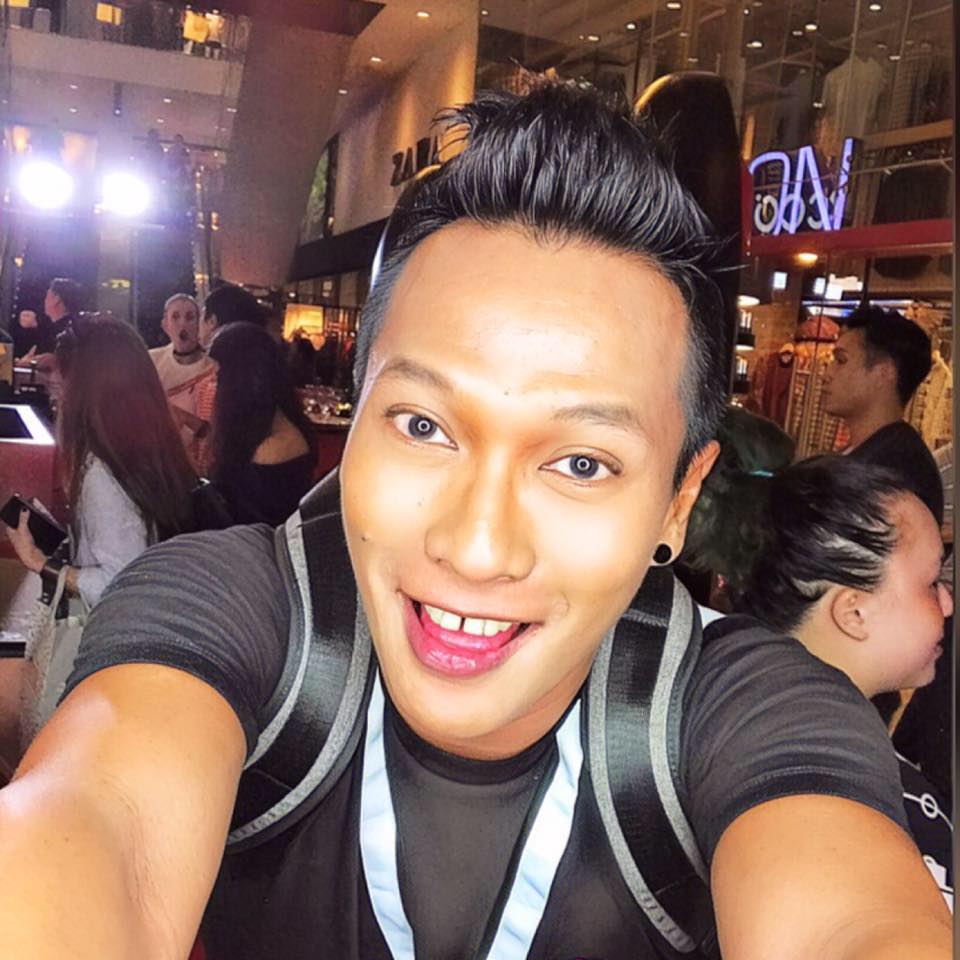 Once again, Dear Straight People would like to thank Norisman Mustafa for sharing his story with us.

Support Dear Straight People and our mission in telling stories that broaden hearts and open minds by joining us on Patreon and gain access to patron-only content such as Pangina’s full interview transcript.