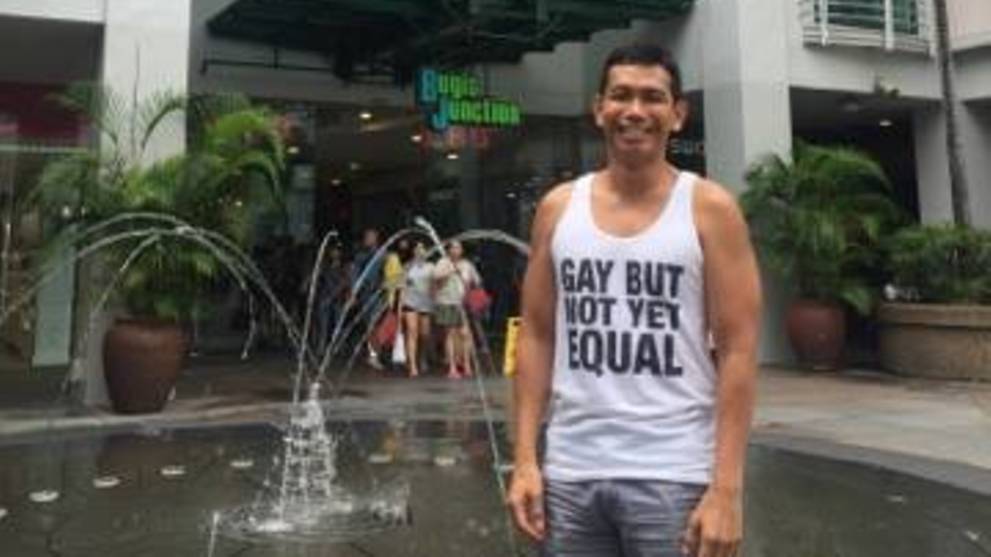 It feels strange to call you ‘Straight People’, because you are so much more than your sexual orientation. You are grandfathers, mothers, nephews, teachers, fire fighters, bartenders, stamp collectors, knitting enthusiasts, and lovers of curry laksa. Sexual orientation is a vital part of who we are, but it’s only one part.

In the same way, you must wonder why Gay People identify so loudly as Gay. Why I wear a tank top with the words “Gay But Not Yet Equal” on the front, and “Equality for All” on the back to work out in SAFRA Mount Faber gym. If I do that, shouldn’t I expect people to complain to the gym about my tank top? 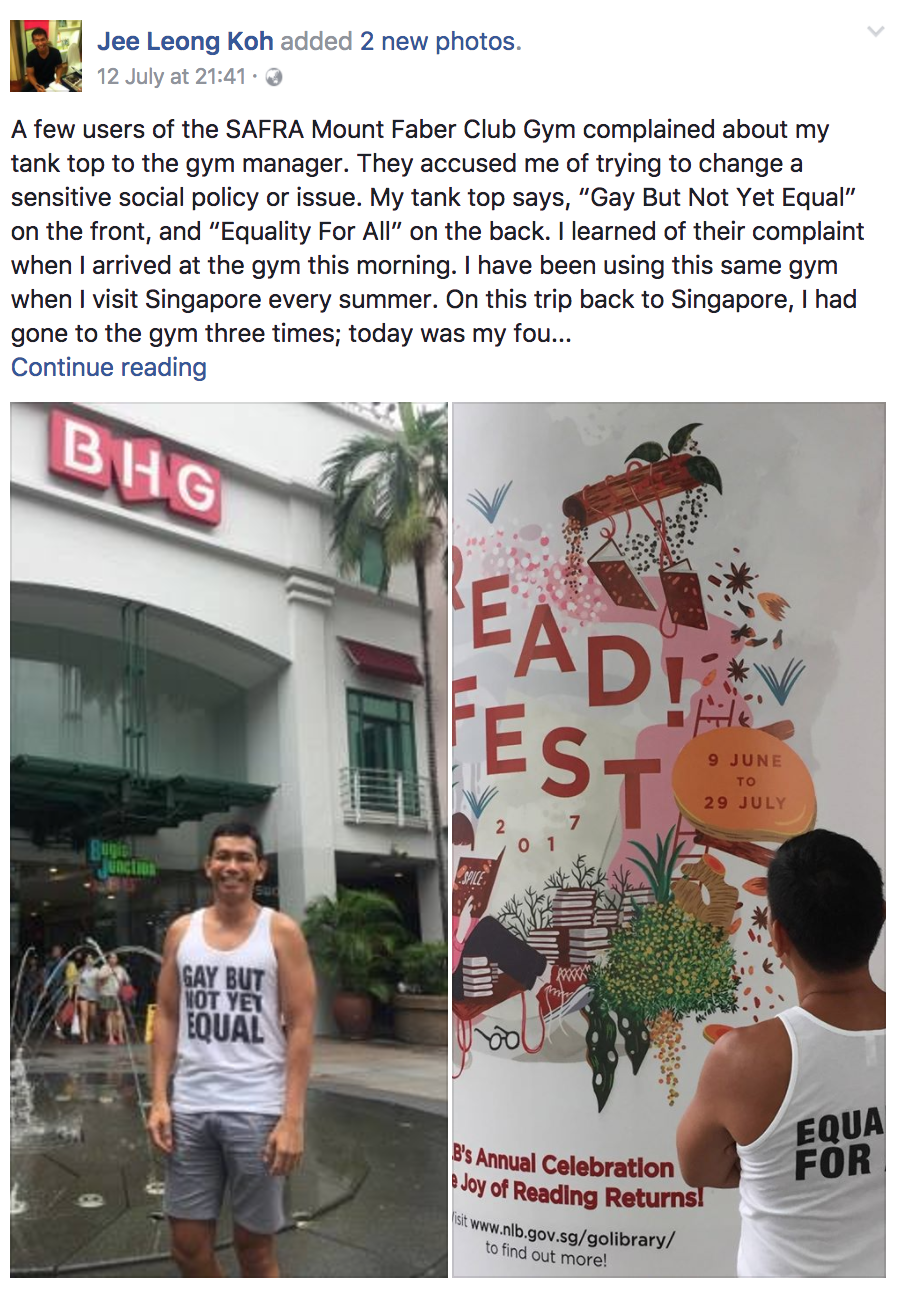 A friend was in a cab going past Pink Dot, Singapore’s annual Pride event, when the cab driver commented that he didn’t understand why the LGBT community couldn’t just do what they do privately, but instead made such a public fuss. The truth is that the LGBT community would like to go about our lives quietly just like everyone else. We can’t because we are being discriminated against on the basis of our sexual and romantic preferences. We are not treated equally. We can’t marry the person we love, and therefore can’t protect that person with all the benefits and rights of marriage, such as spousal medical benefits and hospital visiting rights. We aren’t protected against the loss of our jobs due to homophobia. We aren’t safe in schools. Because of unjust laws and social prejudice, we have to speak up if we want things to change.

We speak up so that you can understand us better, and the struggles we go through. We speak up also because we have been told for so long to keep quiet. To hide who we are. To repress who we are. It takes courage for us to identify as LGBT. Many of us are in the position to share our stories and write about our experiences, but many of us suffer in silence because we live in a conservative family or community, or in poverty, or in shame, convinced that our sexuality is a curse. It takes unseen courage for many of us to attend Pink Dot. To take the MRT and endure curious stares and judgmental comments. To know that the authorities are keeping a wary eye on our actions and putting up barricades around our bodies. Many of you came to Pink Dot to support us.Many, many of you expressed your support on social media for my wearing the tank top, and helped the news go viral. That took courage too. Your courage gives us courage. 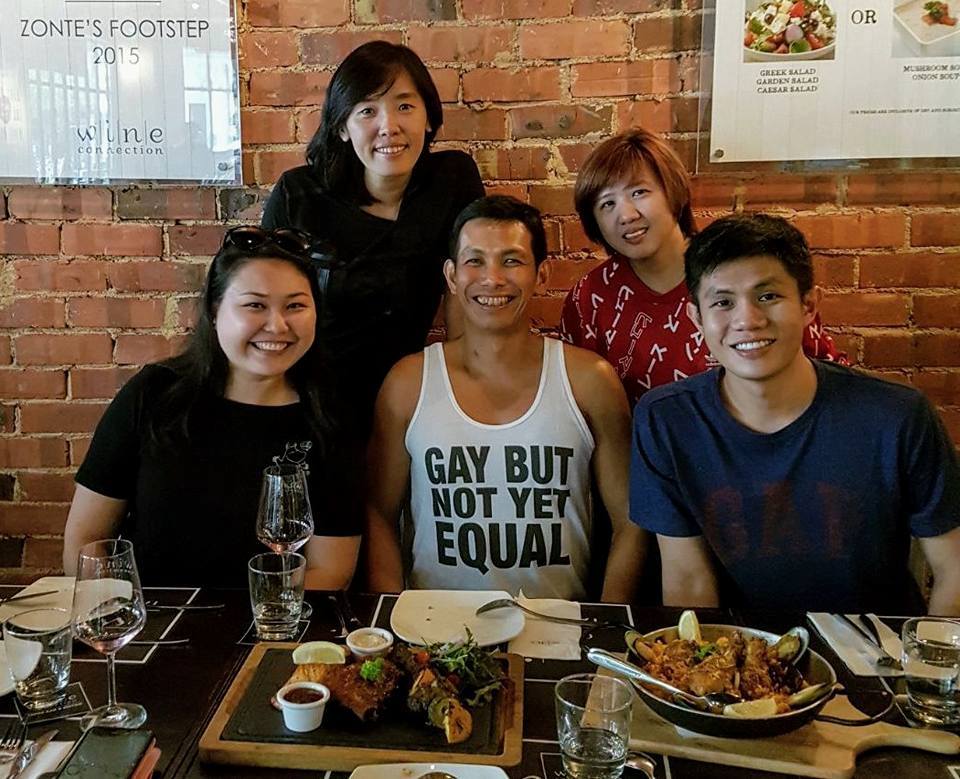 This is why the SAFRA statement means so much to me. It is not pro-gay. It does not need to be. It needs only to be fair. It acknowledges that I have not broken any of its rules and regulations by wearing my tank top, and so allows me to continue doing so. The statement also says that the SAFRA management has spoken to the complainants as well as to me. This equal treatment, not special favour, is exactly what I’m asking for. It’s too easy to favour the complaint. That was what the National Library did a few years ago when they removed the children’s books about non-traditional families from the children’s section because of some complaints. It’s much harder for an institution to take an impartial stance and adjudicate the merit of the complaint. SAFRA did the harder thing, the right thing. They attended to the complaint and then they dismissed it for its lack of merit.

This mature decision on the part of SAFRA is a very encouraging sign that Singapore is ready for equality. When we were in school we recited the National Pledge every morning, and so, every morning we pledged ourselves “to build a democratic society based on justice and equality.” The writers of the pledge knew that equality is an on-going project. We were not equal then and we are not equal yet, but we can work towards equality. Gay rights are not just for the LGBT community; they are not special privileges for a vocal interest group. Gay rights are part of our national project of building an equal society. They are, right now, a key test of our will and means. I ask you, Straight People who are more than straight people, to support the struggle for equality with all the love you have for Singapore. 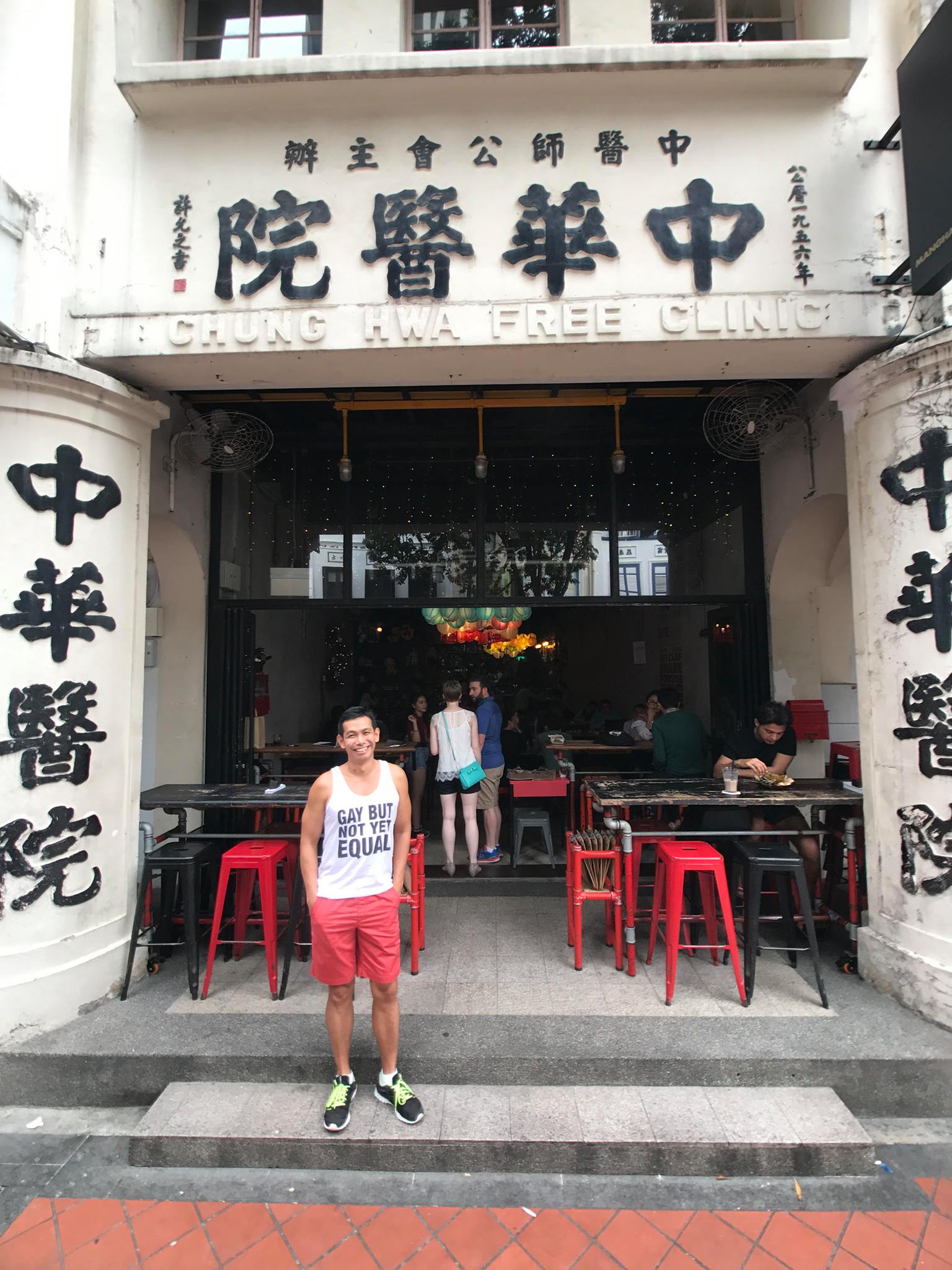 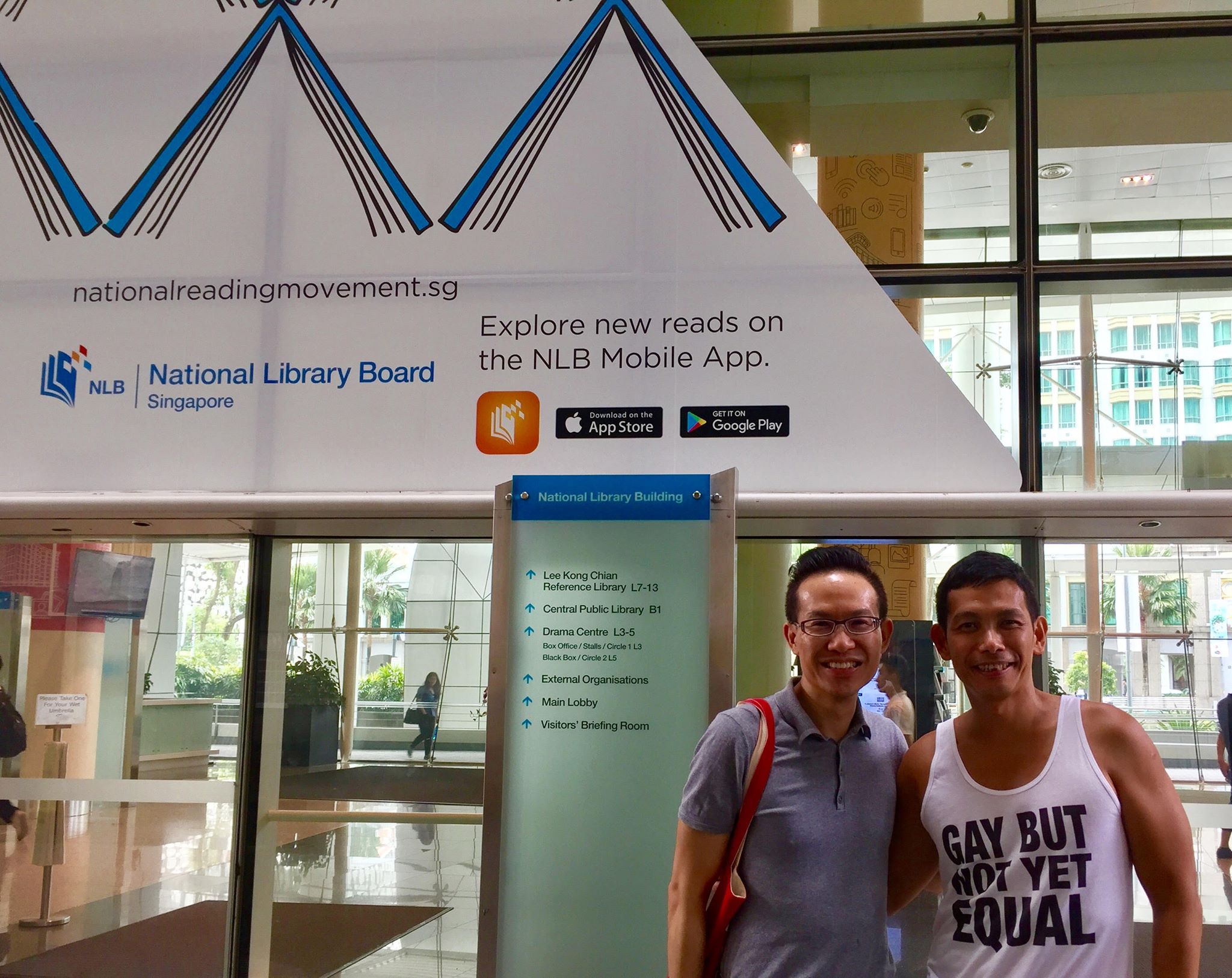