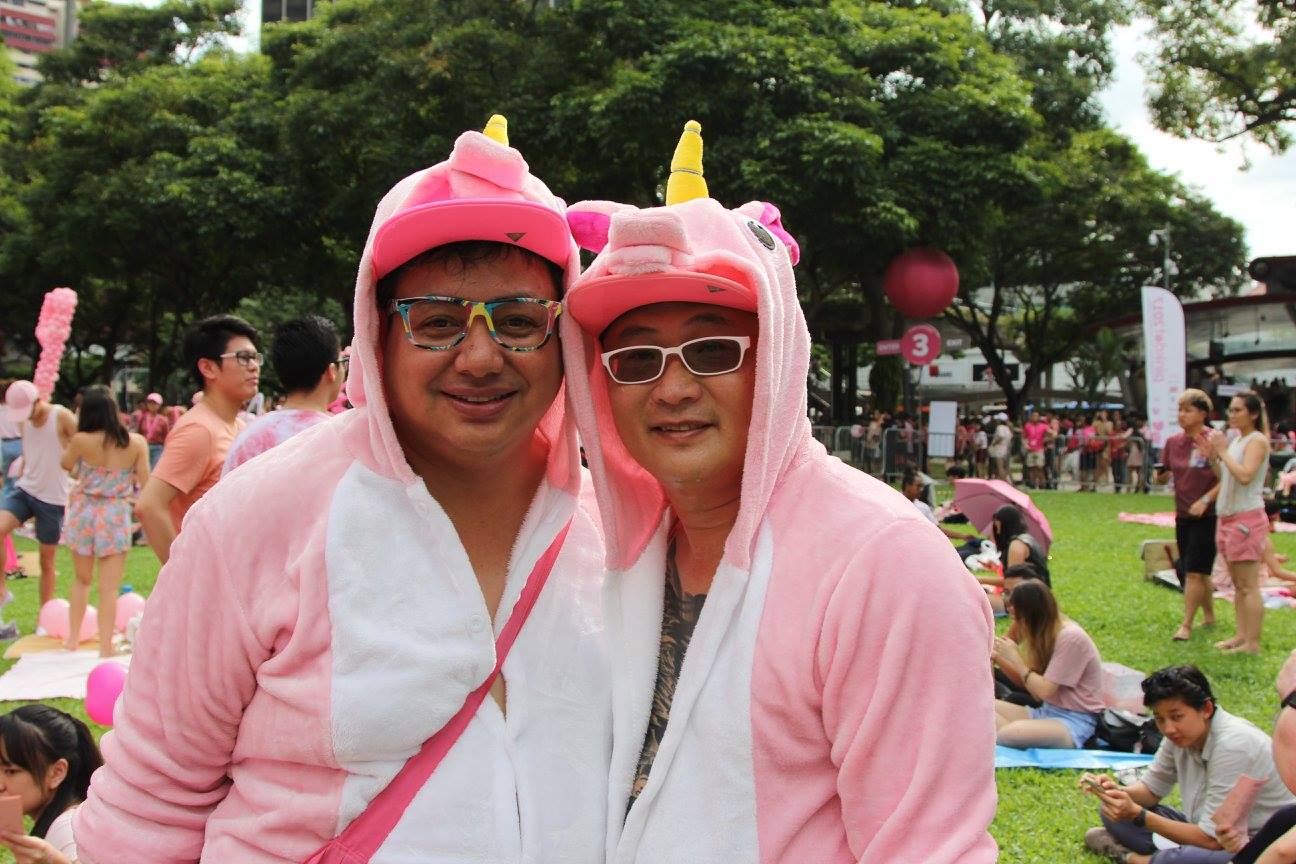 Out Of The Closet: Desmond & Onn Share Their Story

I’ve never believed in love at first sight. Such Disney like fantasies have always seemed like quite a stretch for me. But that’s exactly what happened to 53-year old Wong Yung Onn-Perry (Onn) and his 39-year old partner of 10 years, Desmond Charles Perry-Wong (Des).

A decade ago, a chance encounter at Century Square Mall brought the unlikely pair together. Back then, Onn was a divorced father of two fresh out of the closet. Des on the other hand, was an entertainer who has been ‘out’ since he was 16.

Desmond: When Onn walked passed me, he looked up and our eyes met and the connection was electric.

I truly remember till today that I actually felt sparks.

Since that fateful day, the two lovebirds have been inseparable. But before we get to the happily ever after part, let’s start with the story of Onn first – the closeted father of two who came out to his wife when he was in his early forties! 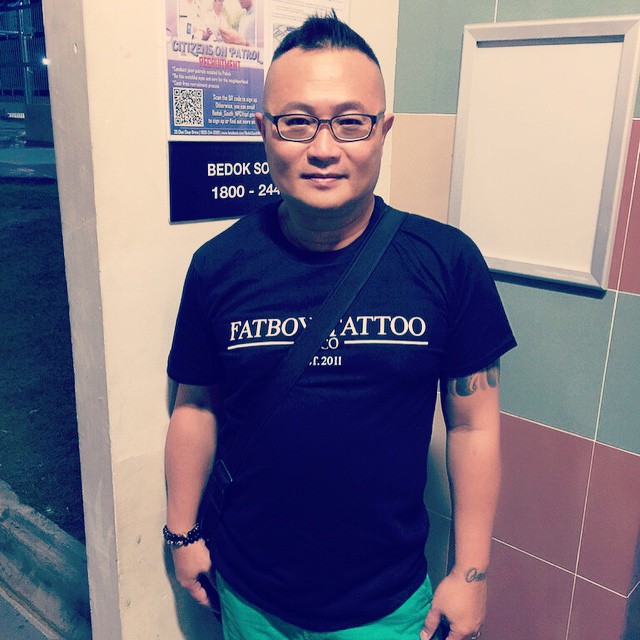 Although Onn experienced same-sex attraction from a young age, he managed to suppress it well.

As the eldest son in the family, the pressure to conform was strong. So like many gay men of his time, Onn ended up marrying a woman and fathering two children with her.

We were married for 14 years before I came out to her.

She was taken aback and told me “if you can fake it for 14 years, why don’t you fake it for another 14, all I wanted was a home and you cannot even give that to me“.

Unwilling to continue living a double life, Onn was determined to break out of the closet.

If I decide to fake for another 14 years, it would be like serving a lifetime imprisonment as it would become a marriage without love even though I still care for her.

So we went through the divorce process. 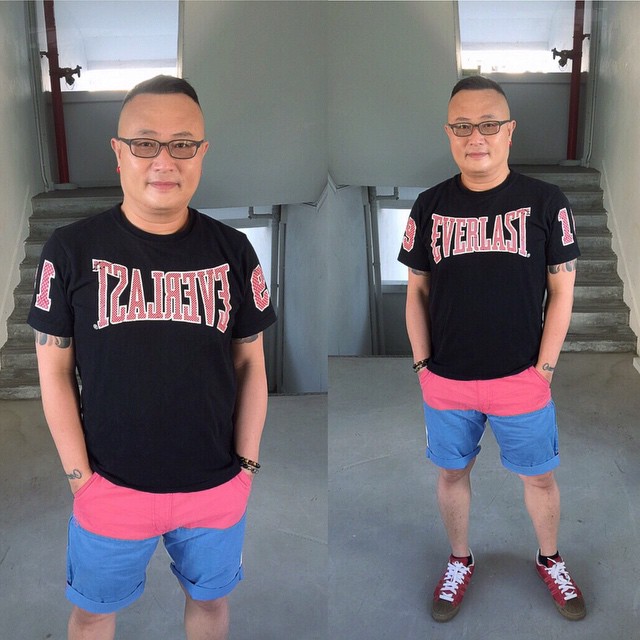 At that time, my thought process was simple – we are in our early 40s, we can still live our life.

Onn’s ex-wife unfortunately, didn’t quite see things his way. Since the divorce, she has cut off all ties with him. As a result, he has not seen his two kids in the last decade despite the fact that the court order grants him visitation rights.

I was willing to lose everything and start from scratch so that we can all move on.

I lost the visitation rights after my ex blocked me and no longer responded to my emails, SMSes, WhatsApps etc. I felt sad but that was the sacrifice I had to make.

I allowed her to treat the situation as such because the kids are doing so well and I did not want to disrupt their everyday routine. I’m still hoping that they will come look for me one day. 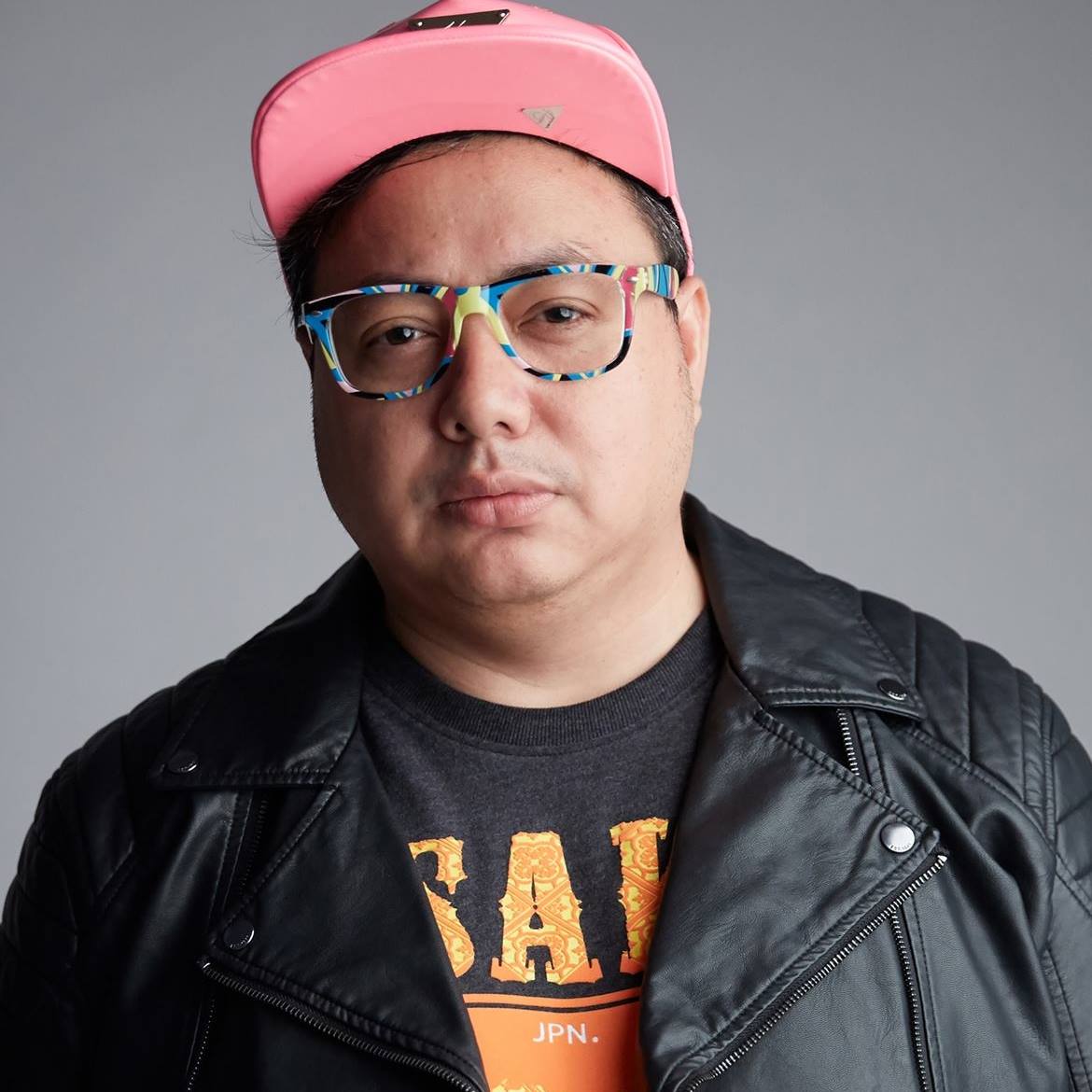 Desmond may not have had to live a double life like Onn did, but his life was no less dramatic.

Abandoned by his mother and sexually abused as a child, Desmond had his first sexual experience at the tender age of 6.

The 12-year old son of the local noodle shop owner asked me to follow him to the playground.

While he lay on the top of the slide, he asked me to give him oral and if I did, he would ask his mum to give me a plate of noodles.

Placed in a Children’s Home from the age of 7, Desmond was diagnosed as being dyslexic during his time in the Home. After being released from the Home at the age of 14, he had to work 3 jobs to put himself through school.

After breaking up with his late partner of 13 years, life took a turn for the better when he chanced upon Onn at Century Square Mall. 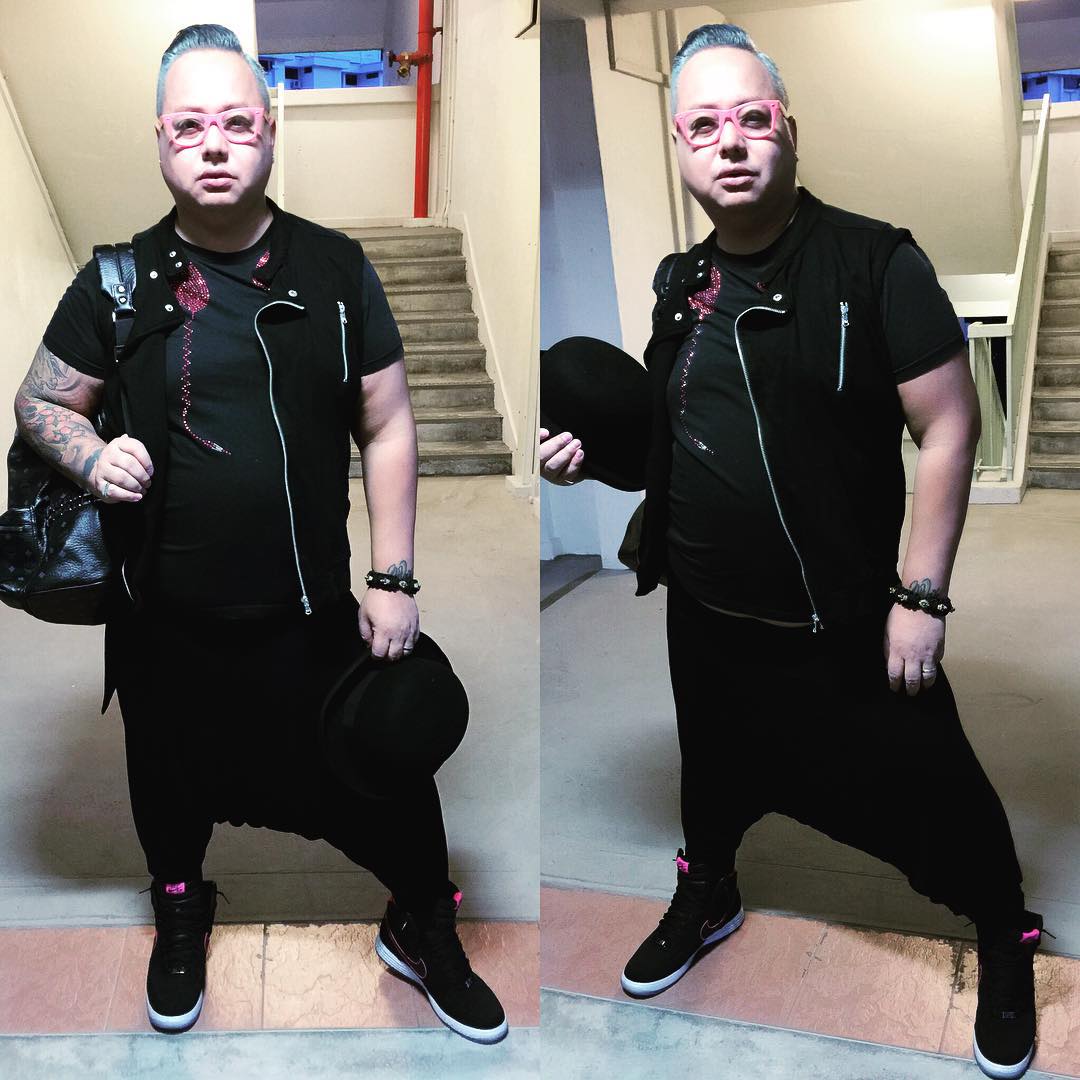 The pair then had coffee nearby before going on to exchange numbers.

2 days later, Desmond decided on a whim to take a train up to KL to join Onn on his business trip.

Since that whirlwind weekend in KL, the pair have been inseparable.

After 6 years of courtship and 2 failed proposals, Onn successfully proposed to Desmond on 9th June, 2013.

Desmond: With the help of 10 of our closest straight friends, Onn proposed during a picnic at Marina Bay Barrage.

The process of getting registered and married was pretty straightforward and we managed to get Pastor Ngeo Boon Lin to marry us in his church in front of our friends and the community of the church.

Desmond and Onn now aspire to get legally married in every country that allows same-sex marriage. Read on to find out more about them in the Q&A segment below! 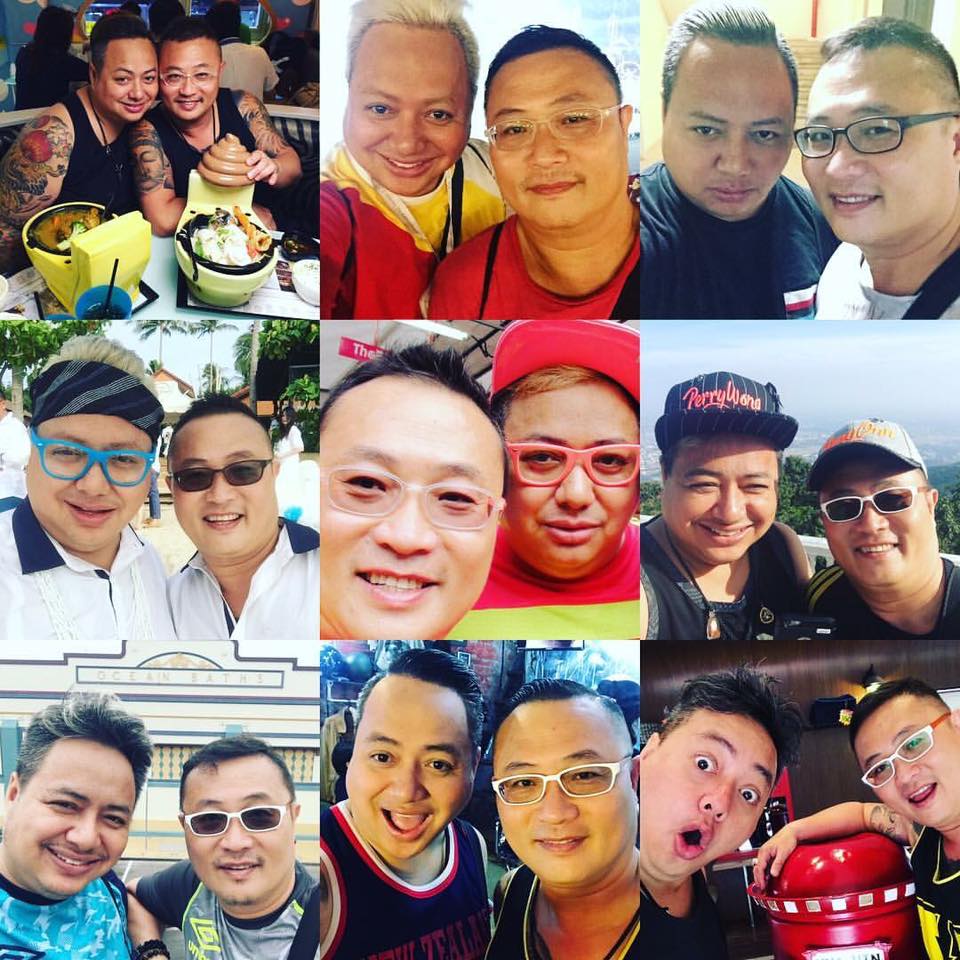 1. How did the two of you eventually end up getting together?

Onn: It was love at first sight, we had our first date in KL where Des took a train up to meet me.

Desmond: After that week in KL we just became a couple without words or a plan.

Onn: We had a couple of dates more and within a month, we moved in together and have been staying together till now.

2. When and how did you two get married?

Onn:I had like 3 proposals and it was the last proposal at Marina Barrage that was accepted by Des.

Desmond: The first time was deemed unsuccessful because he proposed to me in our quiet hotel room with a rose bud, yes a rose bud that he took from the centerpiece of his sister’s solemnisation. I hate flowers and to make matters even funnier, the rose had a hole poking through it.

The second time was…. wait for it…. in our hotel room at his sister’s wedding. This time, with a bouquet of roses that he made his brother-in-law arrange for him on his own wedding night!

3. What has been the greatest challenge to your relationship so far?

Desmond: I have never seen anything as a challenge. I love this man too much and will rise up to any challenge. Our love is always worth fighting for.

If I had to name a few, then it has to be dealing with his temper. He has a temper of a spoiled 3 year old but it seems that this temper is only shown to me because I am the only one that understands.

Onn: I have the hottest temper and many times, it has shaken the relationship. But lately, I have learned to control it before it gets out of proportion.

4. What is your advice to other closeted gay men trapped in a heterosexual marriage?

Onn: Honestly, it takes a lot of courage and sacrifice. It is not easy and one must really know what he wants. Be prepared that a lot of people will be hurt in the process. The key is how far do you want it for yourself and how you want to live your life.

There are a lot of gay men married to women that are living two lives but it’s not fair to the wife. Let her go so she can live her life but prepared to pay heftily for maintenance fees but that is ok for me because it’s for my kids after all.

5. What do you think is the biggest misconceptions straight people have about gay couples?

Onn: I believe the biggest misconception is that being gay is all about sex. Love is love

Desmond: That we made a choice to like the same sex. That we can one day become straight if we found the right person. That their lives and love is “normal” while ours are a lifestyle. 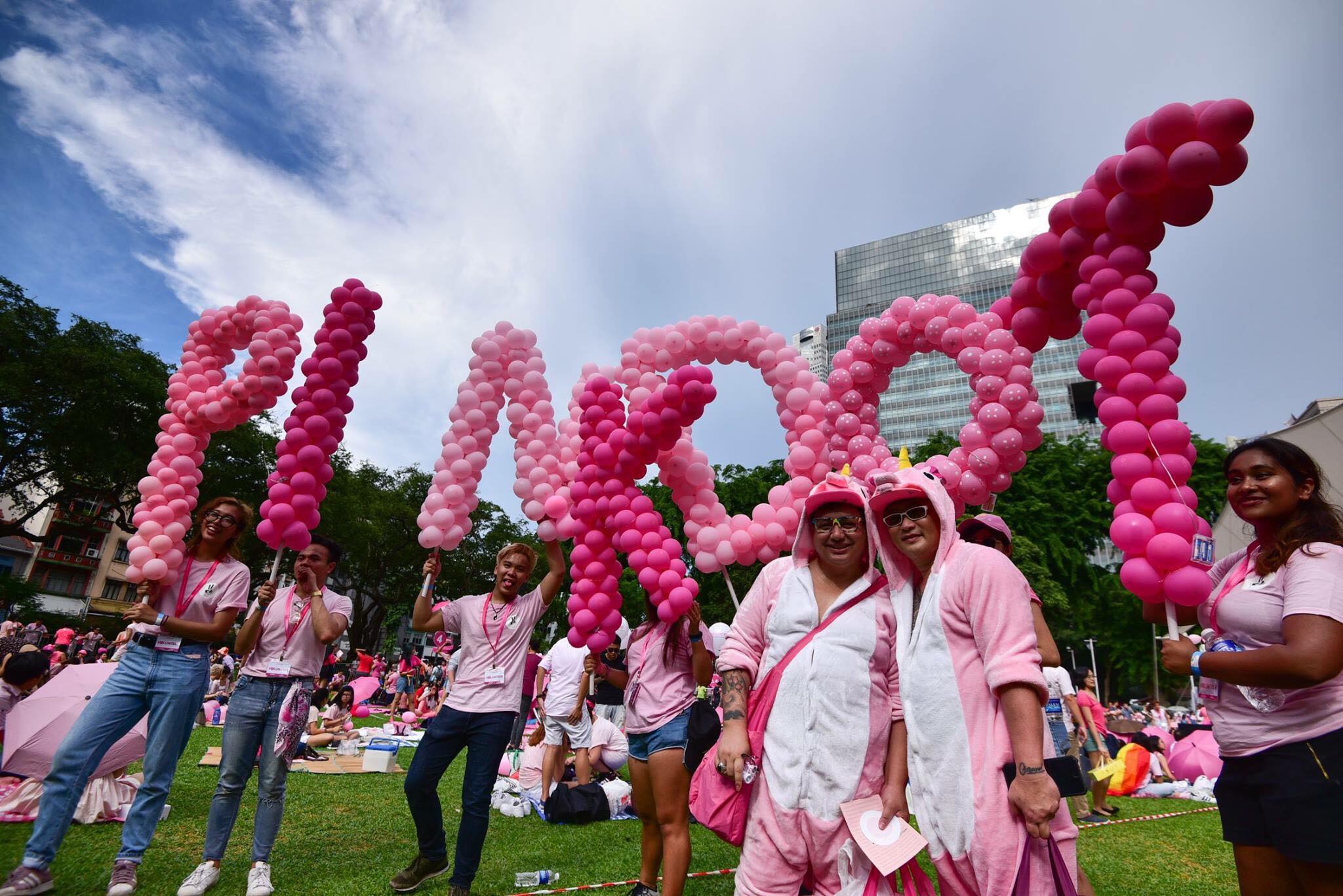 Once again, Dear Straight People would like to thank Desmond and Onn for sharing their story with us.

Read more features from our Out Of The Closet series here:

Out Of The Closet: Huey & David Share Their Story