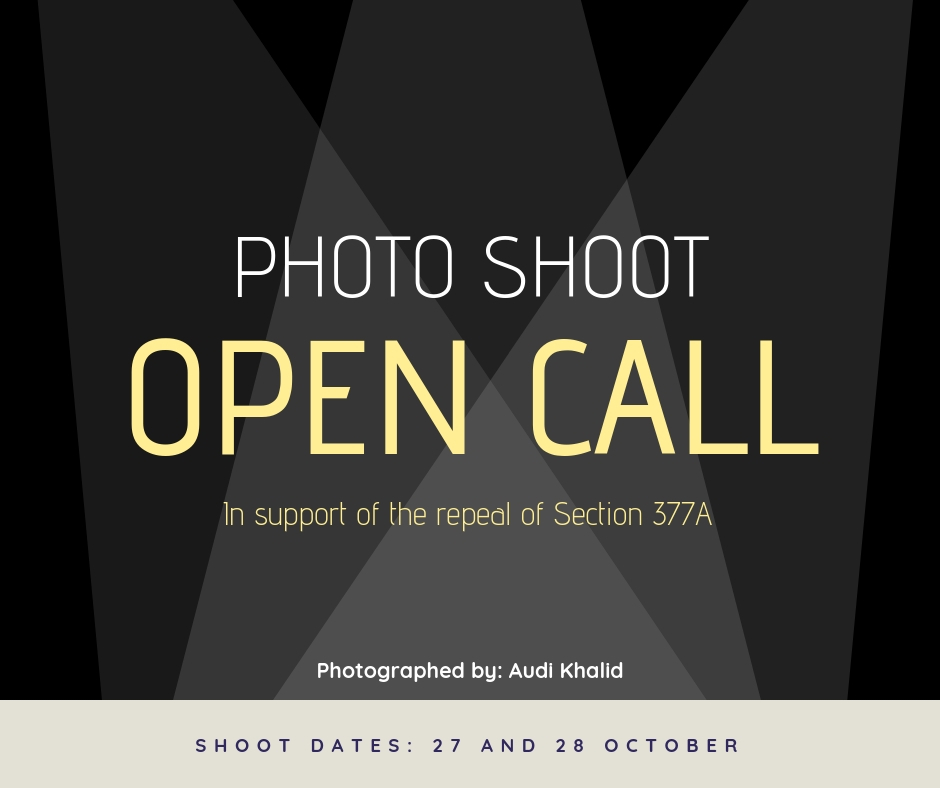 Share Your Story: Open Call For Photo Shoot To Support Repeal Of Section 377A

In support of the #Ready4Repeal movement, Dear Straight People is organising a photo shoot to showcase stories of how Section 377A affects our society.

Although the government has assured that they will not actively enforce Section 377A, its ramifications on society are widespread. By legally framing same-sex attraction as ‘immoral’ and criminal, Section 377A propagates stigma and prejudice against the LGBTQ+ community. Not only does this archaic law shape mindsets and strip us of our basic human rights, it encourages ignorance, hate and misconceptions. 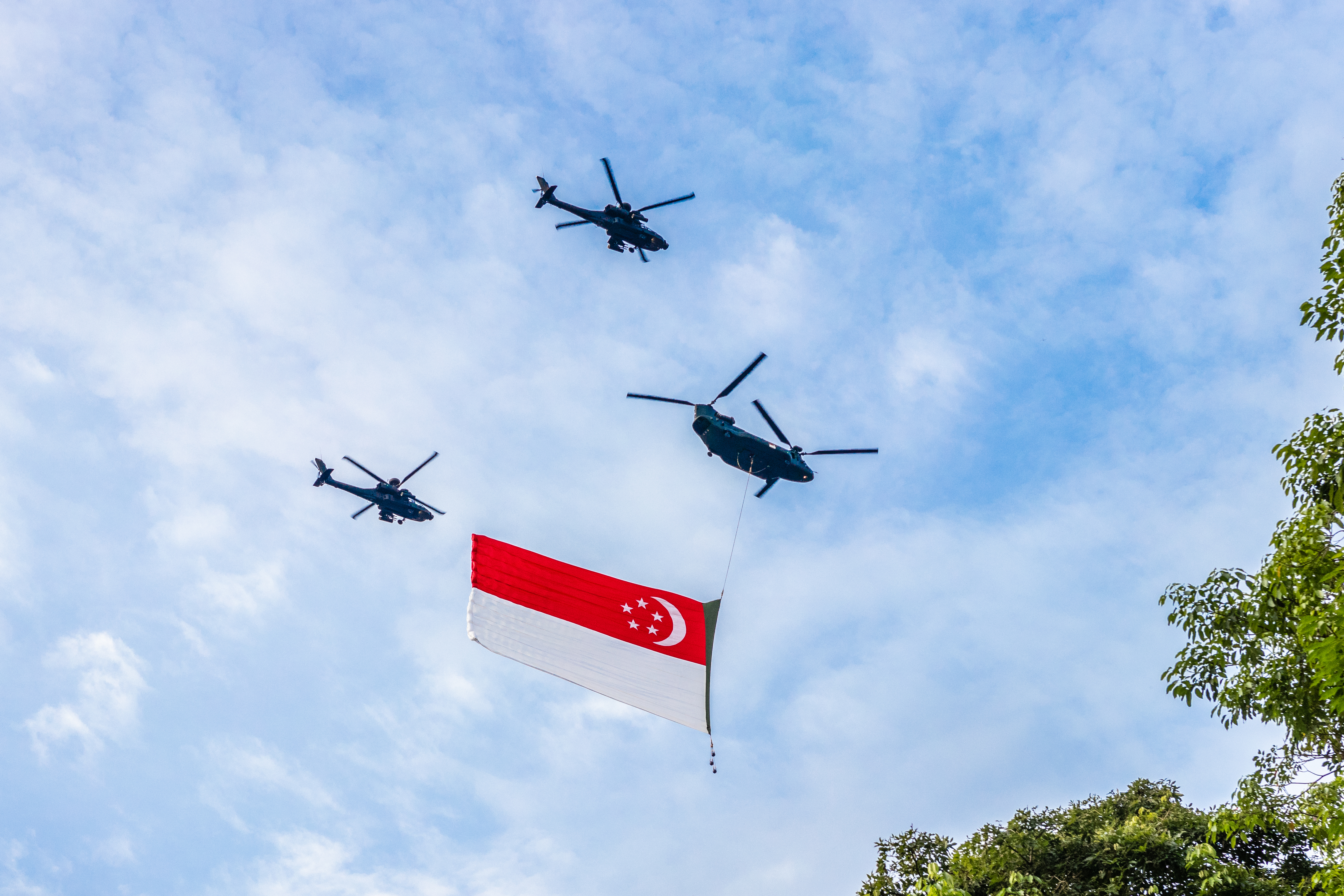 As concluded in the recent town hall meeting organised by Ready4Repeal, one of the ways to facilitate the repeal of Section 377A is for the LGBTQ+ community to share their stories of discrimination.

By sharing your story, it humanises the struggles faced by LGBTQ+ persons in Singapore and demonstrates how Section 377A plays a role in perpetuating discrimination against the queer community. You will be amazed at the kind of impact something as simple as sharing your story can have on the wider community.

As a platform that has been sharing the stories of ‘out’ Asians for 3 years, we can vouch for its positive effects. Just take a look at this heartwarming message below, one of the many sweet messages Dear Straight People has received over the years: 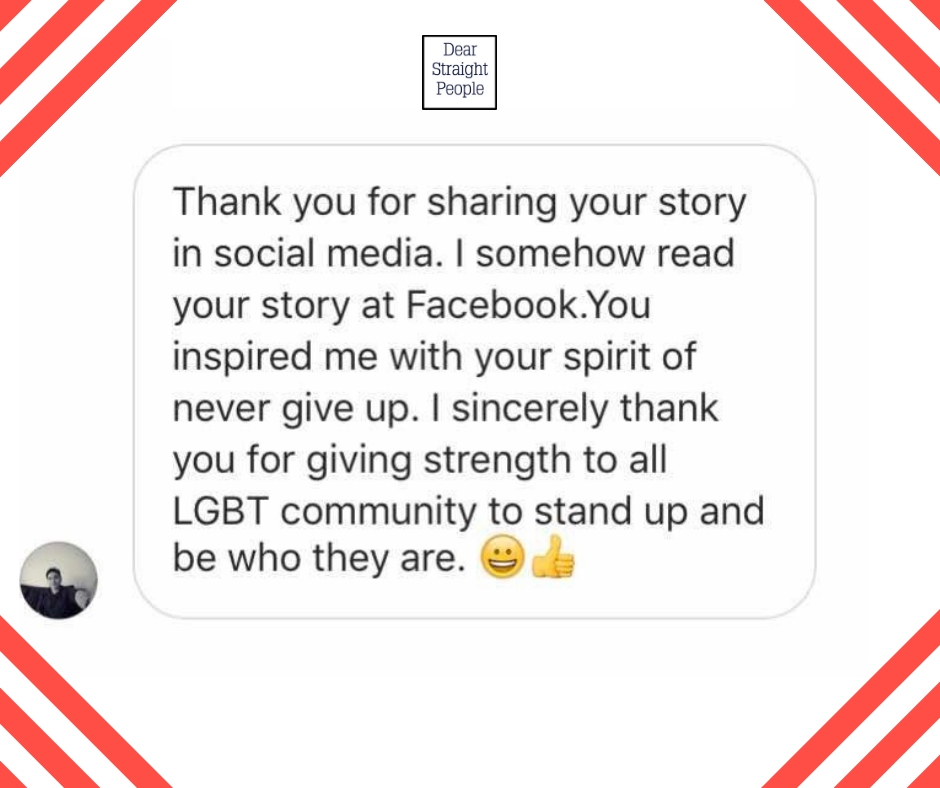 So in support of the Ready4Repeal movement, Dear Straight People is organising a photo shoot on 27th and 28th of October that will be open to everyone in Singapore, regardless of their sexuality.

Have your portrait shot by a professional photographer and share with the world:

1. Why you believe Section 377A should be repealed.
2. The most notable incident of discrimination that you’ve encountered as a result of your sexual orientation or gender identity. (Optional)

The resulting photos will be collated and published on our Facebook page. The first album will feature everyday Singaporeans sharing their stories of discrimination while the second album will showcase the arguments from the various participants on why Section 377A should be repealed.

Regardless of whether you have a story of discrimination to share, we highly encourage everyone who believes in the repeal of Section 377A to participate in this photoshoot. Straight people are highly encouraged to join as well. And if you know a friend or two that is suitable for this organic project, share this article with them and encourage them to sign up!

Slots are limited so send in your application ASAP! Submissions close on 19th October at 10pm. 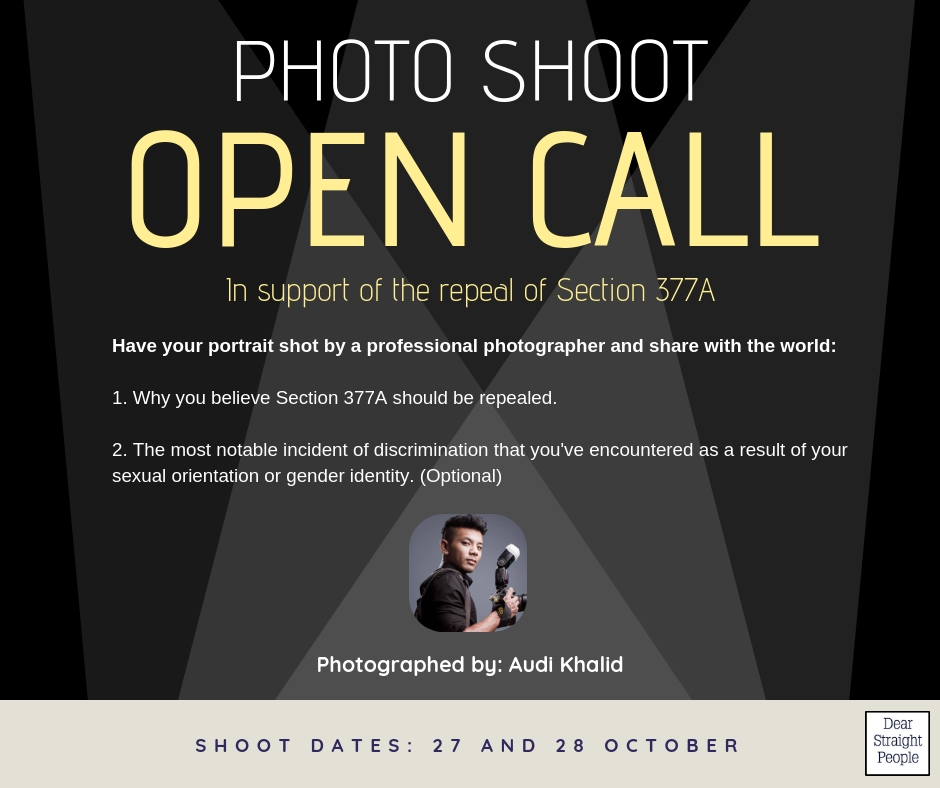