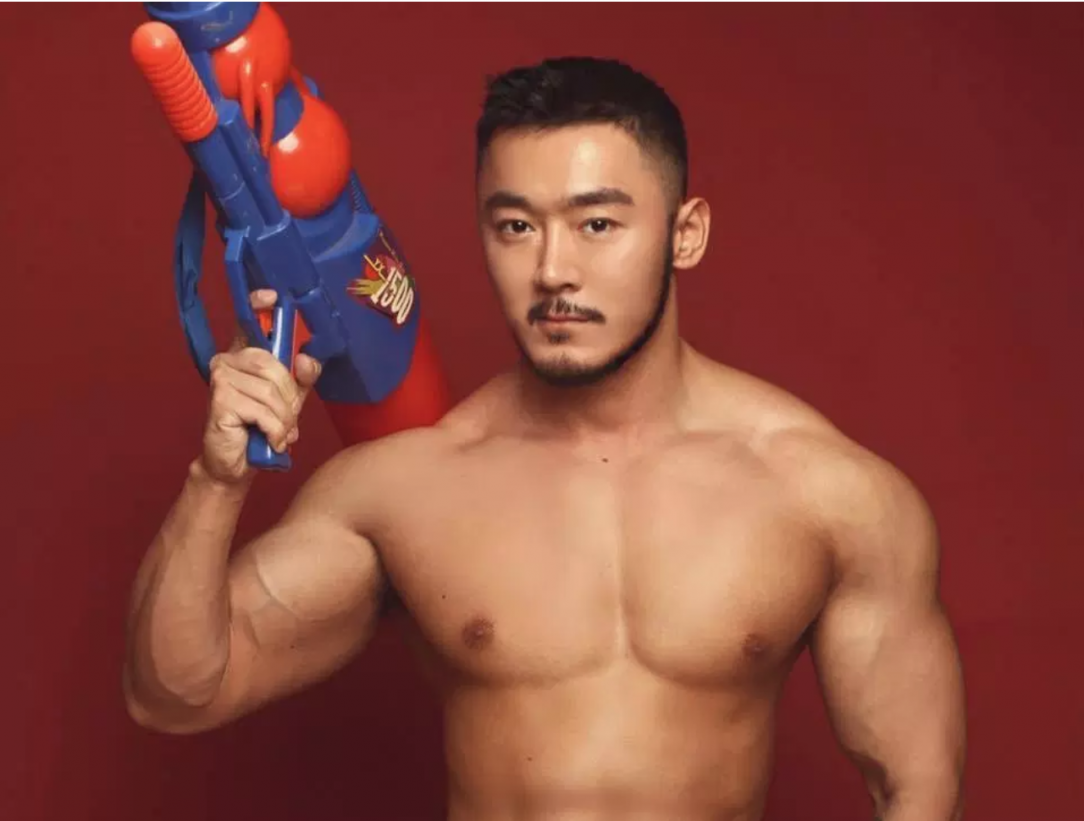 Out Of The Closet: Guo Yang Shares His Story

In this ‘Out Of The Closet’ feature, we speak to Guo Yang, one of Asia’s most popular go-go boys, to get an inside look into the elusive world of go-go boys.

When they’re not gyrating their hips up on stage, they’re bombarding Instagram with their algorithmically curated thirst traps. For better or for worse, go-go boys have become a cornerstone of gay culture.

For the uninitiated, go-go boys are scantily dressed dancers who typically perform in gay parties by dancing in a sexually provocative manner. Come April, hordes of go-go boys will be descending upon Bangkok for Asia’s largest gay dance festival; the gCircuit Songkran parties. And with the annual ‘gay migration’ fast approaching, it seems especially timely for us to shine the spotlight on go-go boys.

With their ripped physiques, globetrotting lifestyles and phenomenal social media presence, go-go boys have become the envy of many. Their rise however, have seen its fair share of detractors. Criticism is often levied at how go-go boys promote a vapid lifestyle that indirectly encourages body image issues in the gay community. Then of course, there are the widespread rumours that go-go boys are really just elevated money boys.

So in an effort to shed more light on this gay cultural phenomenon, we speak to one of Asia’s most popular go-go boys to get an inside look into the elusive world of go-go boys. 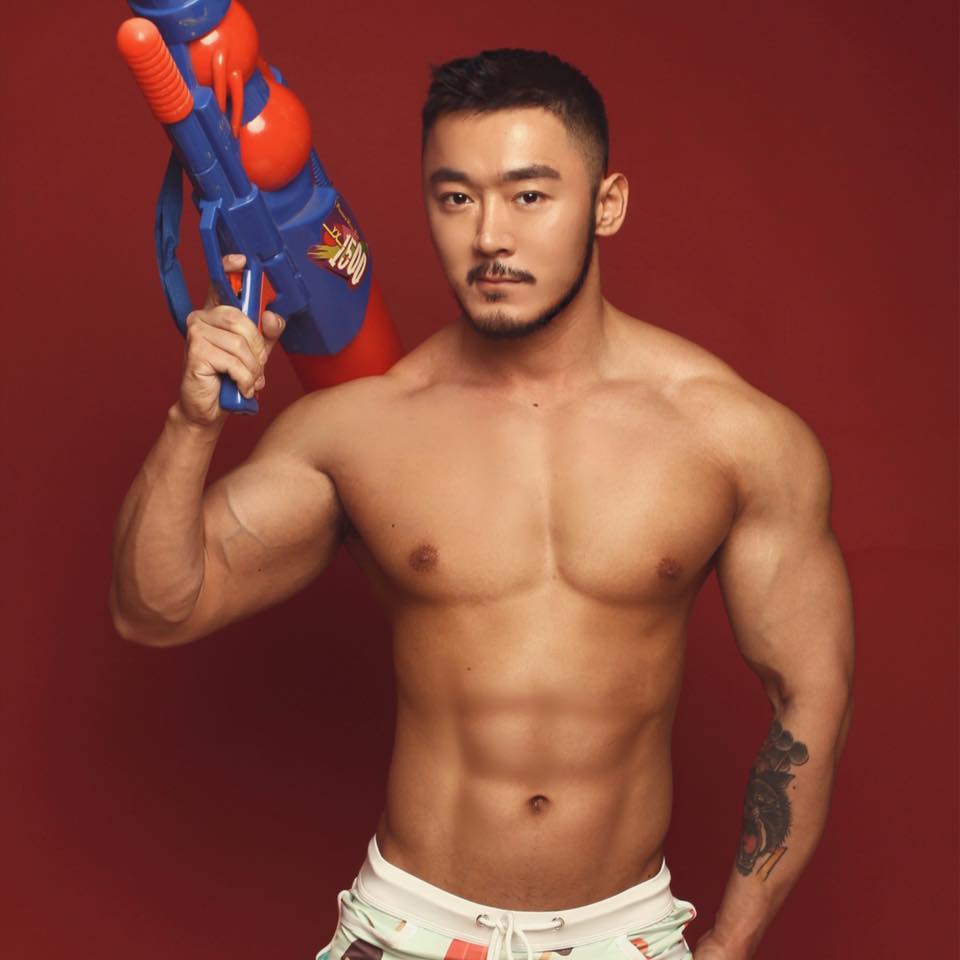 Having performed in major circuit parties across Thailand, South Korea and Taiwan, Guo Yang is no stranger to the spotlight. One of Asia’s most prominent go-go boys, he has even performed in pride parades such as Taipei Pride. And with a social media presence of almost 80,000 Instagram followers, chances are you would have come across his handsome mug even if you aren’t actually following him.

But while many may know of him, I daresay even his most ardent followers don’t actually know much about him.

I developed a crush on a good looking classmate of mine. It made me question myself in a way I never questioned myself before.

My crush also seemed to have feelings for me but we were both too shy to do anything about it.

It was only after Guo Yang made it into University that he had his first same-sex relationship. While he brought his ex-boyfriend home to hang out with his family, he has never explicitly come out to his parents before.

My father is probably oblivious but I think my mum knows.

My father used to chase me to get married and have kids. I had to keep telling him I wasn’t interested and they shouldn’t pressure me to pursue things I have no interest in. Slowly, my family stopped putting that pressure on me.

Although his parents are kept in the dark about his sexuality, Guo Yang makes no effort to hide his passion for go-go dancing from his mum. In fact, his mum regularly ‘likes’ his go-go boy related Facebook posts.

I believe even if I were to tell my mum about me being a go-go boy, she will understand and support what I like to do because as my mum, she knows me best. 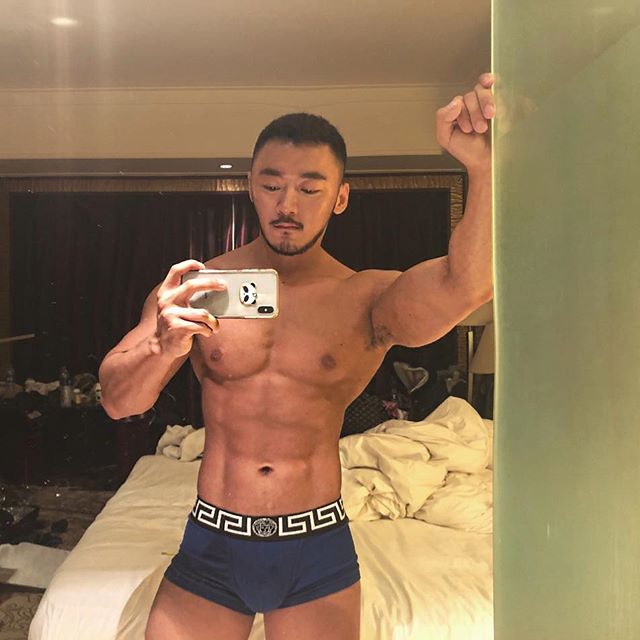 In 2015, Guo Yang made the annual ‘gay pilgrimage’ to Bangkok to experience the gCircuit Songkran parties for the first time. It was then that his interest in becoming a go-go boy first piqued.

I had some friends who were go-go boys and that was the first time I saw my friends up on stage dancing. The fact that they were having a lot of fun made me want to try.

I’ve always been quite adventurous. Maybe it’s because I’m a Leo (laughs).

Apart from sparking his interest in becoming a go-go boy, his first gCircuit Songkran party was also where he first met his current boyfriend.

I thought he was very handsome and so we started dancing together.

I remembered his first remark to me was telling me that I was very ‘baby-faced’.

Although the pair were then based in different countries (his boyfriend is Singaporean), the couple took a leap of faith and embarked on a long distance relationship.

We would FaceTime every night.

After two years, Guo Yang managed to help his boyfriend find a job in Beijing. The pair have been living together since then.

Together for almost 4 years, their relationship appears to be going as strong as ever. One plausible reason could be attributed to the support that Guo Yang receives from his boyfriend with regards to his passion for go-go dancing.

I’ve asked my boyfriend many times whether he minds me being a go-go dancer and he has always assured me that he doesn’t.

It might not sound like much. But seeing how the world of go-go boys is often plagued by salacious rumours, I can’t imagine it to be very common for other guys to be as supportive as Guo Yang’s boyfriend. 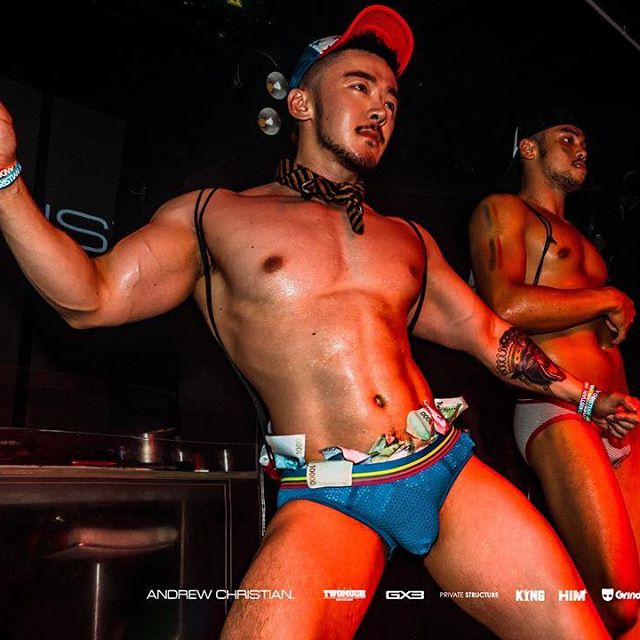 Gossip mills have always run amok with sordid details of the exploits of go-go boys, usually involving sex work. It’s a sensitive topic to broach. But one that Guo Yang had little qualms about answering.

People generally have a negative perception of go-go dancers.

A lot of people are under the impression that go-go boys are motivated purely by money and would accept sexual requests but that is just a stereotype and cannot be generalised to everyone.

It’s a fair take on the matter. And when I quiz him on a more personal level, the ‘weirdest’ request he has ever received wasn’t really that out of line.

It’s quite common to receive sexual requests ,which is understandable considering the nature of our performances. But it’s all about how you deal with it.

If the request is too weird, you are always free to reject it. The weirdest request I’ve received was people asking me for my worn underwear. 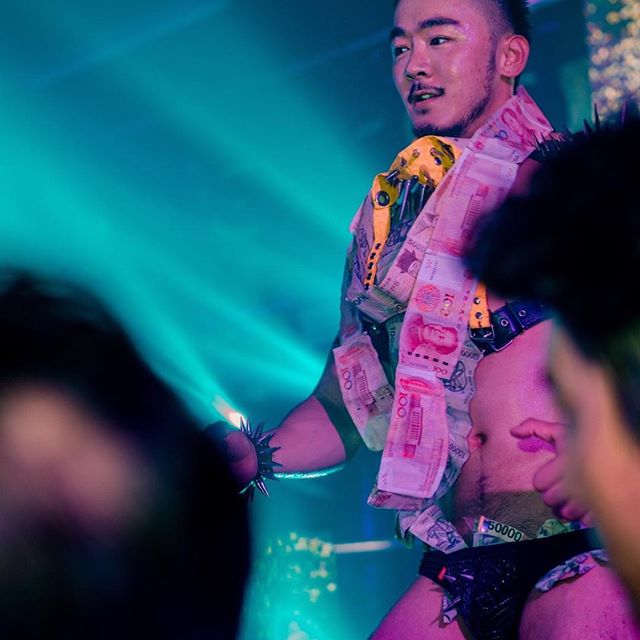 I wish I could have delved deeper into the complexities of the go-go scene. But language and geographical barriers made it difficult for either of us to explore this topic on a deeper level.

There is however, one key message I hope to convey through Guo Yang’s story. That is, people should be allowed to celebrate their bodies in whatever ways they want.

Go-go boys often receive unwarranted flak for being scantily dressed. There are the allegations that their popularity encourages body dysmorphia in the gay community. A questionable link really, seeing as go-go boys can’t possibly be held accountable for the reactions of others. Then of course, there are those who see them as being poor representatives of the gay community.

But like almost everything today, the very nature of social media renders anyone to seem simpler than their true self, insta-famous go-go boys included. And if there’s one thing I got from my interview with Guo Yang, it’s that he’s really not that different from the rest of us.

Being a go-go boy is not my profession. I work in the media in the field of publicity.

I believe that when one is young, one should make full use of whatever opportunity they receive. 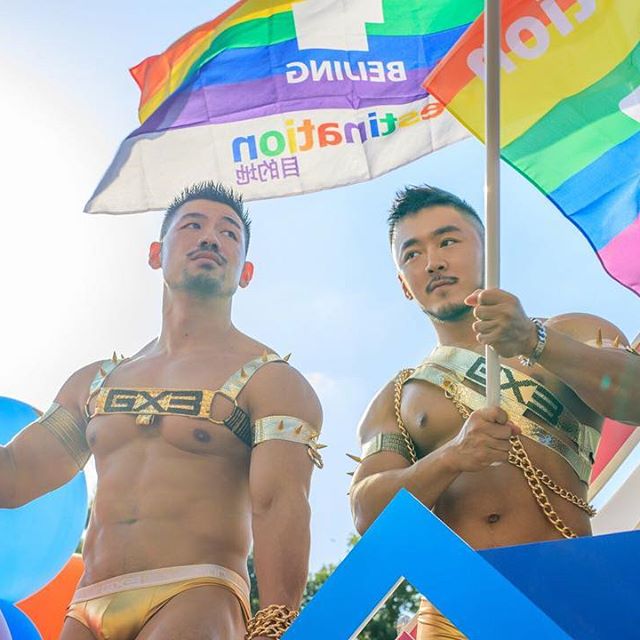 It’s clear from his responses that Guo Yang believes in living life to the fullest. And if that involves taking up go-go dancing gigs, then so be it. After all, who are we to judge how others choose to celebrate their bodies and live their lives?

So for those of you hoping to catch Guo Yang in action, you can watch him in his element as one of the performers at the upcoming gCircuit Songkran parties, which is coincidentally also where he had his first performance.

That was when I realised it was not as easy as it seems as you have to dance non-stop and it requires a lot of stamina. You also have to ensure you show your best side to the audience at all times so you can’t look tired.

But overall, I really enjoyed the experience.

Taking place in Bangkok from 12-14 April, you can book your tickets online here. Who knows, you might just meet your other half there like how Guo Yang did! 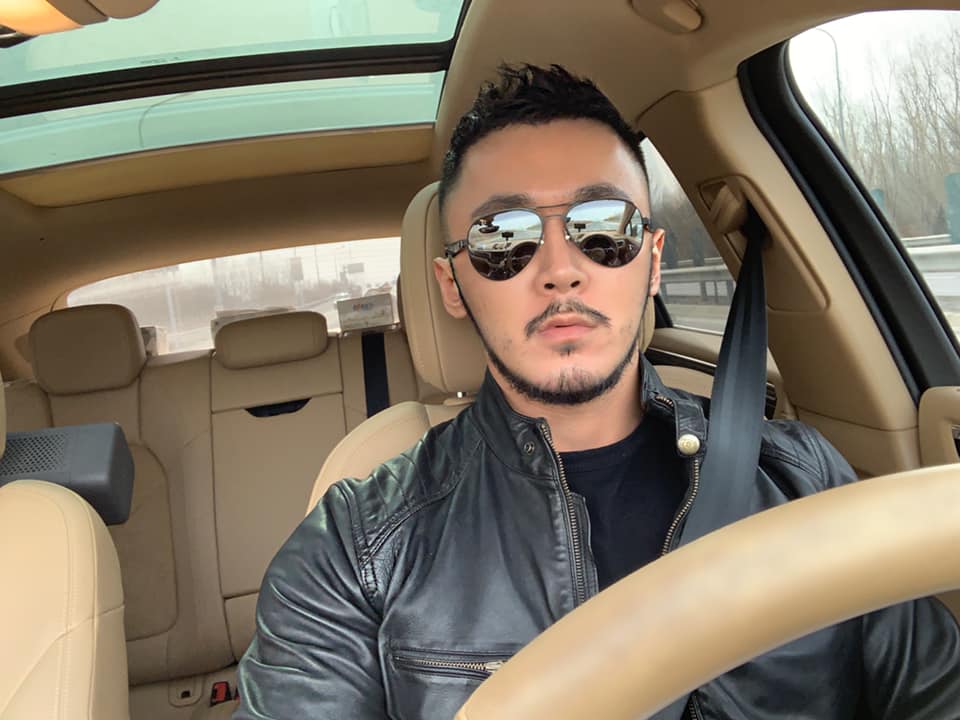 Once again, Dear Straight People would like to thank Guo Yang for sharing his story with us.

If you would like to keep up to date with how Guo Yang is doing, you can connect with Guo Yang on Instagram via @guoyang510.