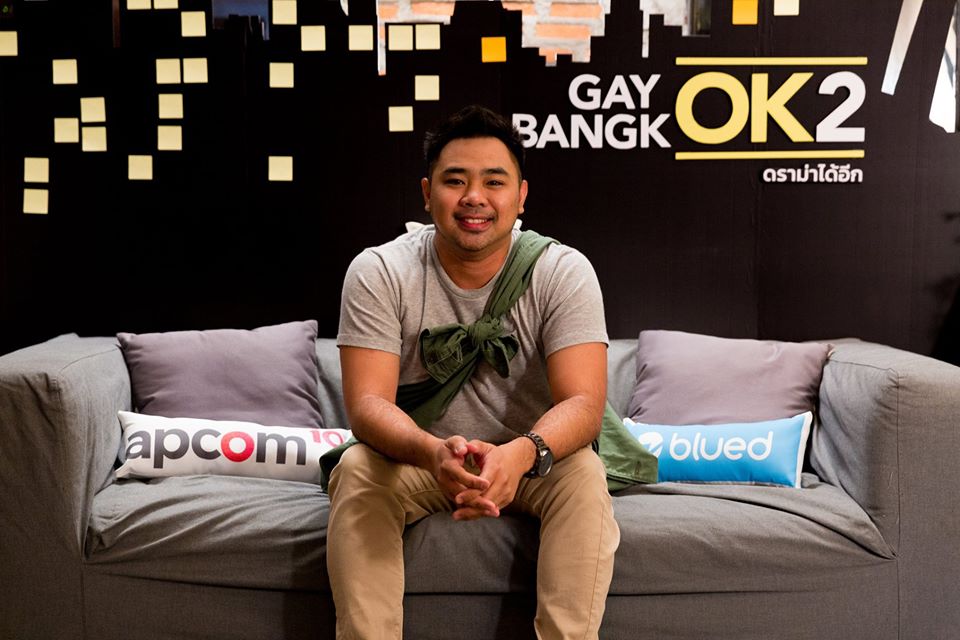 Kun Mookdasanit, one of the lead actors in the popular gay Thai web drama ‘Gay Ok Bangkok’, has passed away on the morning of 21 April 2020.

Kun Mookdasanit, one of the lead actors in the popular gay Thai web drama ‘Gay Ok Bangkok’, has passed away this morning (21 April 2020).

The beloved actor has reportedly passed away from severe Septicemia, also known as blood poisoning.

Directed by Tichakorn “Jojo” Phukhaotong, Gay Ok Bangkok follows the lives of a diverse group of gay men living in Bangkok. In the series, Kun Mookdasanit plays Oaff – a jovial cafe owner in a long-term relationship with the much younger Big, who is played by Paween Naliang. The series explores the relationship between them as they navigate their way through the challenges of a same-sex relationship with a large age gap.

Spanning two seasons comprising 12 episodes, Gay Ok Bangkok is critically lauded as one of the best gay BL dramas ever produced. The series boasts a stellar cast, well-written script and it is frequently applauded for its realistic and relatable plot lines that steer away from the fluffy theatrics of most gay web dramas.

Since its debut in 2016, Gay Ok Bangkok has attracted millions of views from both Thai and foreign audiences alike. The most watched episode currently has almost 2 million views alone.

Here is a look back at some of his most memorable moments on the show.

R.I.P Kun Mookdasanit, you will be dearly missed and condolences to his loved ones.