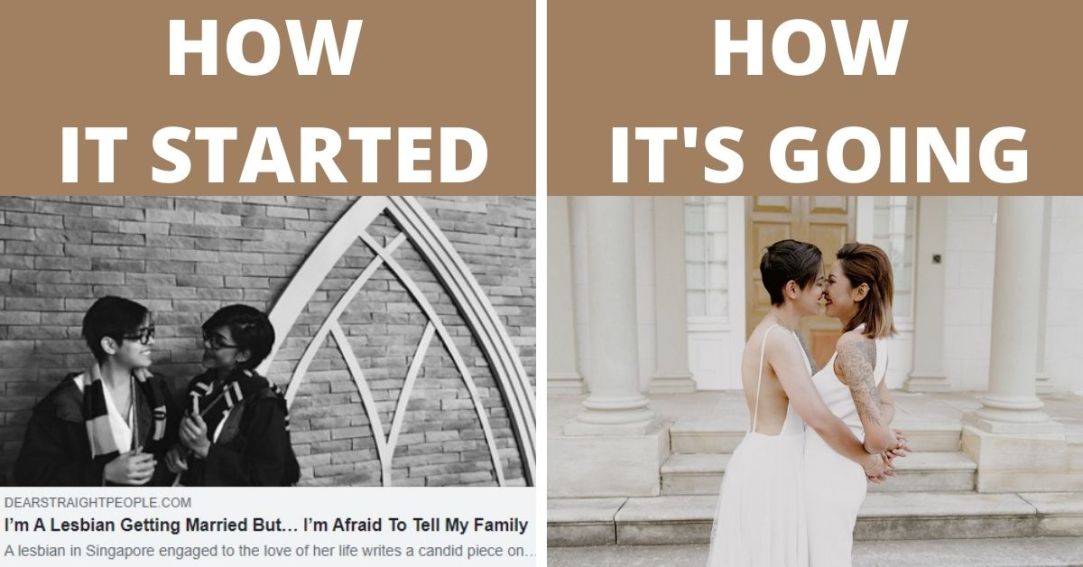 The Story Of Sher & Rachael: It Gets Better

‘It gets better’ may have become a cliché of sorts for the LGBTQ+ community. But I can think of no better slogan for the story of Sher and Rachael, who got married in a beautiful ceremony with the support of their loved ones.

By Dear Straight People in Coming Out, Lesbian on February 8, 2021
No comments

‘It gets better’ may have become a cliché of sorts for the LGBTQ+ community. But I can think of no better slogan for my next story.

Meet Singaporeans Sher and Rachael, a same-sex couple who got married with the support of their family and loved ones.

We first met Rachael in 2019, when she penned an open letter on Dear Straight People detailing her frustration with being unable to tell her family that she was engaged to her partner. Her letter struck a chord with many of our readers, and the encouragement she received spurred her on to come out to her family one month later.

Thankfully, her coming out went as well as she could have possibly hoped for. And she followed up with another powerful letter on Dear Straight People; ‘I Came Out To My Chindian Family And… I Got The Best Response Ever’.

On 1 February 2020, Rachael and Sher got married in a beautiful wedding ceremony held in Sydney. Watch the video below but be warned, you will probably shed or tear or two.

WATCH: SHER & RACHAEL – IT GETS BETTER