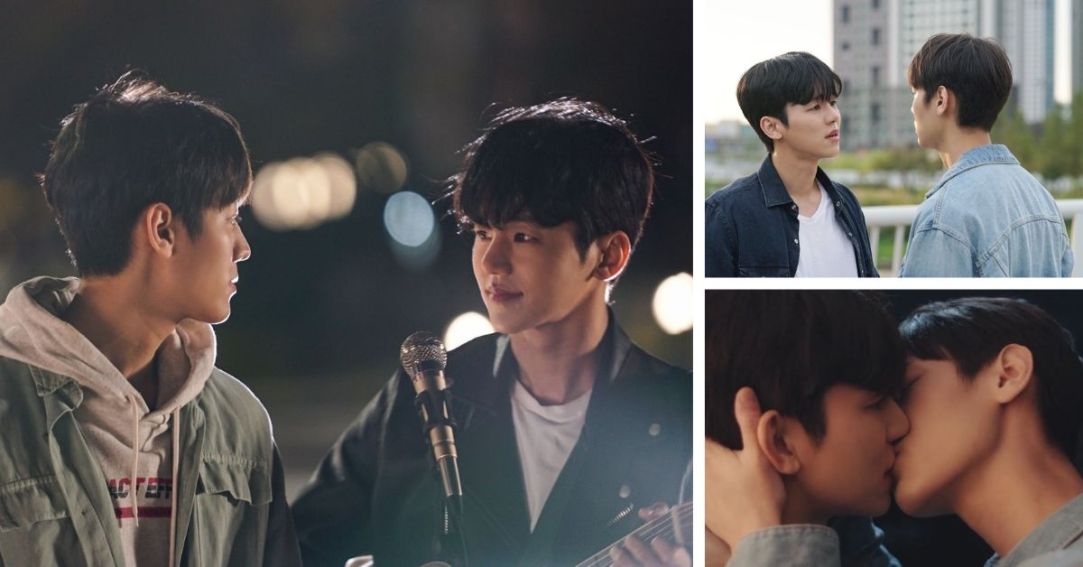 Produced in 2020, read our no spoiler review of Wish You: Your Melody is in My Heart’, the latest Korean BL drama on Netflix.

South Korea’s ‘Wish You’ may not have caused as much of a stir as Taiwan’s ‘Your Name Engraved Herein‘, when it joined Netflix’s roster on 15 January 2021. But the latest BL (Boys Love) offering from the Land of the Morning Calm is definitely worth a stream or two.

Produced in 2020, Wish You aka ‘Wish You: Your Melody is in My Heart’, was originally an 8-episode Korean web drama. But the version you see on Netflix is a full-length 101 minute long film.

Starring up-and-coming idols Kang In Soo and Lee Sang, the film centers around a keyboardist working in a record company played by Lee, who becomes smitten with a singer-songwriter played by Kang. The former persuades the latter to join his record company.

Sparks fly when the two protagonists start living and working together.

Wish You boasts all the hallmarks of a typical Korean production, including world class cinematography, picturesque locations and plenty of mushy moments.

Personally, I have always found the mushy stylings of Korean dramas to be too sappy for my taste. But if you’re a fan of such dramas, then you will be glad to know that Wish You boasts plenty of tender moments engineered to make viewers squeal.

While Wish You avoids the theatrics of the melodrama that have come to plague gay films, you will find several BL tropes in Wish You.

For example, there is the classic cliché of opposites attract. Kang Inn Soo plays a strong headed extrovert while Lee’s character is frustratingly shy and introverted. There is also an unusually straight forward female love interest, which seems to have become a mainstay in every BL production.

But clichés aside, Wish You is a well-paced and well-acted production with a radio friendly soundtrack that deserves a thumbs up.

A Step In The Right Direction

While there is nothing particularly groundbreaking about Wish You, it is a step in the right direction nonetheless.

South Korea is still a largely conservative country that only produced its first BL drama last year. But Wish You is evidence that South Korea has taken notice of the growing popularity of the BL genre, currently dominated by Thailand.

I predict that it’s just a matter of time before South Korea comes up with a BL drama that enjoys the feverish success of other K-Dramas such as Descendants Of The Sun and Crash Landing On You. But for now, Wish You is a decent Netflix offering that deserves a stream or two.

1 comments on “Wish You Review: Korean BL Movie On Netflix”