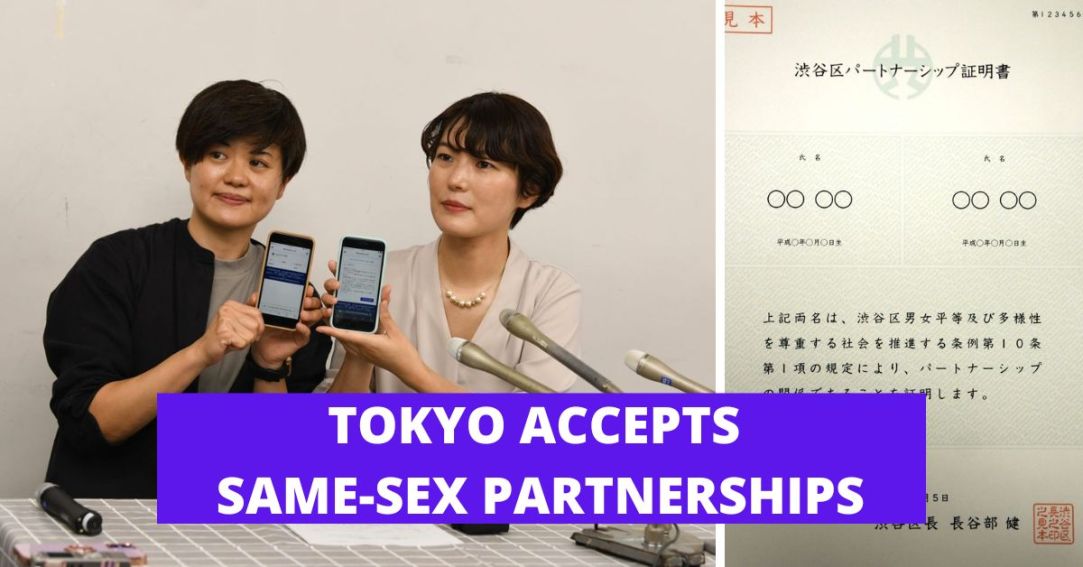 Japan has not yet legalised same-sex marriages. But same-sex couples who obtain certificates under the Tokyo Partnership Oath System will be granted rights previously reserved for heterosexual couples.

This includes the right to apply together for public housing in the capital as well as medical decision-making for spouses.

In order to qualify for same-sex partnership applications, both partners must be legal adults. In addition, at least one partner must be a sexual minority and reside, work or attend school in Tokyo.

There are no restrictions on nationality as long as the above criteria are met.

While there is still a long way to go with regards to LGBT+ rights in Japan, the move has been welcomed by many as a small step forward.

One happy example is 37-year old Soyoka Yamamoto and her partner of 11 years.

“What I’ve wanted for so long now feels real and I’m happy. We can now be recognised by society as a couple”

Another elated couple are same-sex parents, Mamiko Moda and her female partner, who are raising their 10-month baby together.

I am happy that we were able to put the names of all the members of my family on the application.

Now, we will be able to use the certificate to prove our relationship as a family at hospitals during an emergency. That will give us peace of mind.”

Although public polls have indicated favourable results, Japan is the sole Group of Seven (G7) member that has yet to legalise same-sex marriage or civil unions. The other countries that make up the G7 are Canada, France, Germany, Italy, the United Kingdom, the United States and the European Union.

Here’s hoping that this small step will pave the way to full legalisation of same-sex marriage in Japan.