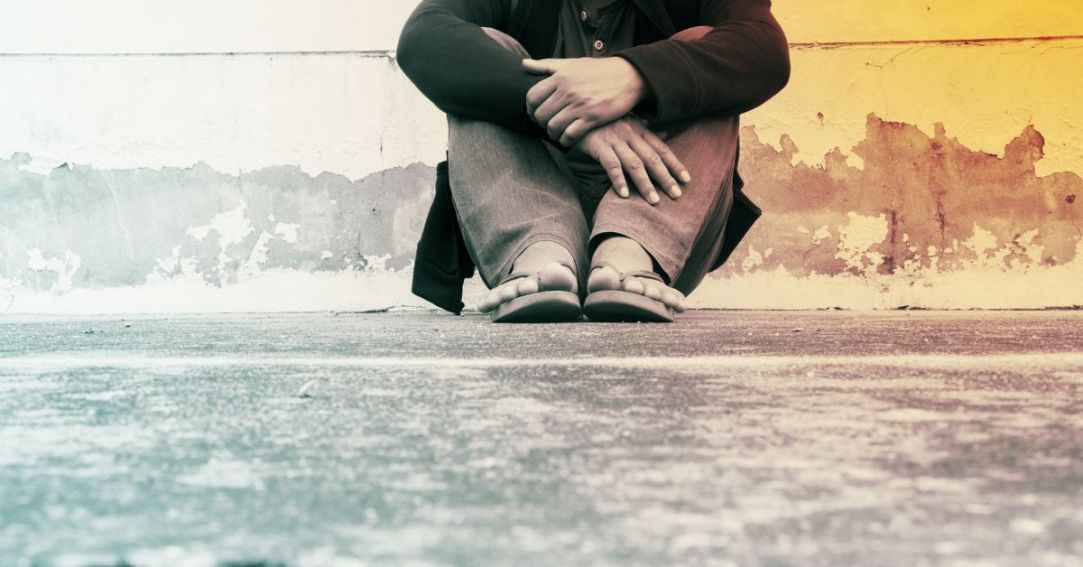 Homeslessness may be a nightmare for some. But for many LGBT Malaysians, it’s a lived reality.

By Dear Straight People in Perspective, Voices on December 8, 2022
No comments

For many, the greatest cost of coming out would be getting kicked out of the house.

The threat of homelessness has plagued many in the LGBT+ community. That’s why closeted queers are often advised to be financially stable first before they come out to their family.

Homeslessness may be a hypothetical nightmare for some. But for others, it’s a lived reality.

Nobody knows how many homeless LGBT+ people there are in Malaysia. But they definitely exist.

Homelessness may conjure up images of someone who is smelly, scruffy or drunk. But the reality is that many homeless people look just like you and me.

Homeless people live quietly among us. In many cases, you wouldn’t be able to tell they are homeless until night comes and you spot them setting up a makeshift bed in a public space.

A study from 2016 estimated that there were between 1,500 to 2,000 homeless people in Kuala Lumpur. There hasn’t been any comprehensive study since then. But it’s fair to assume that the figure would have gone up in the aftermath of the pandemic.

Forced Onto The Streets

For many homeless LGBT+ people in Malaysia, family rejection is the underlying cause of their plight. Not all of them came out voluntarily either. Some were outed against their will.

One prime example is Jack Lim (Read his story here). In 2004, all hell broke loose when his mum stumbled upon a Christmas card he made for his then boyfriend. The fight at home got so bad that it compelled Jack to leave home and drop out of law school.

“Being homeless out of the blue at 19-years old meant no money, no back-up plans. Naturally, I couldn’t continue with my law studies.”

With just a few pennies to his name, Jack used his last remaining coins to call his then boyfriend for help.

Not everyone however, has someone to turn to in such situations.

Stories From The Streets

Since 2020, Rayson Hew worked as the House Manager of Rumah Angkat; a transitional housing service that provides temporary housing for homeless LGBT+ people in Kuala Lumpur.

“Being one of the very few queer affirming shelters in Malaysia has opened my eyes to how badly the community needs this service. Since starting our operation, we have received countless requests for this service.”

Over the years, Rayson has met many LGBT+ people without a roof over their heads.

One particularly memorable encounter was that of a young gay Malaysian who was outed against his will in a Malaysian news channel when he was photographed attending a gay event. He was subsequently chased out of his home by his homophobic dad and fired from his job.

“(The Malaysian media) failed to protect the identity of this person. He was fired from his job, hence he had to move back to his family home in order to survive due to inadequate finances. When he went back, his dad chased him out of the house.”

When I ask Rayson for a more uplifting anecdote, he recalls the story of a young gay man who randomly showed up at their doorstep one day.

“He was so soft spoken, polite and constantly anxious about offending someone to the point he would sweat so much you can see a puddle collecting underneath him.

His intention was pure. Maybe that is why I was drawn to him so much. He never asked because he never knew what to ask for.

Many of these experiences are probably a distant memory for most of us. But they all lit up his face with so much joy.”

MISCONCEPTIONS ABOUT THE HOMELESSNESS

In a society where home ownership is closely tied to self-worth, the biggest misconception about homeless people is that they are lazy. Reality however, is much more complex.

“I think the hardest narrative for me to refute is that “they are lazy”.

Regardless of the circumstances that drove each individual to homelessness, it is an ordeal that nobody should have to endure.

“It’s common to see ordinary people shun homeless people. A good start would be to just listen and understand their point of view without judgement.

End of the day, it is our duty as creatures of community to lift each other up, especially in times of need.”

RESOURCES FOR THE HOMELESSNESS

Despite doing incredible work over the years, Rumah Angkat was forced to close their shelter recently due to a myriad of factors.

Rumah Angkat may have shut down. But there are other resources that homeless LGBT+ people in Malaysia can turn to.

Set to be completed by mid 2023, The Roof needs to raise around RM150,000 per year to run. You can support their endeavour by clicking on the link below.