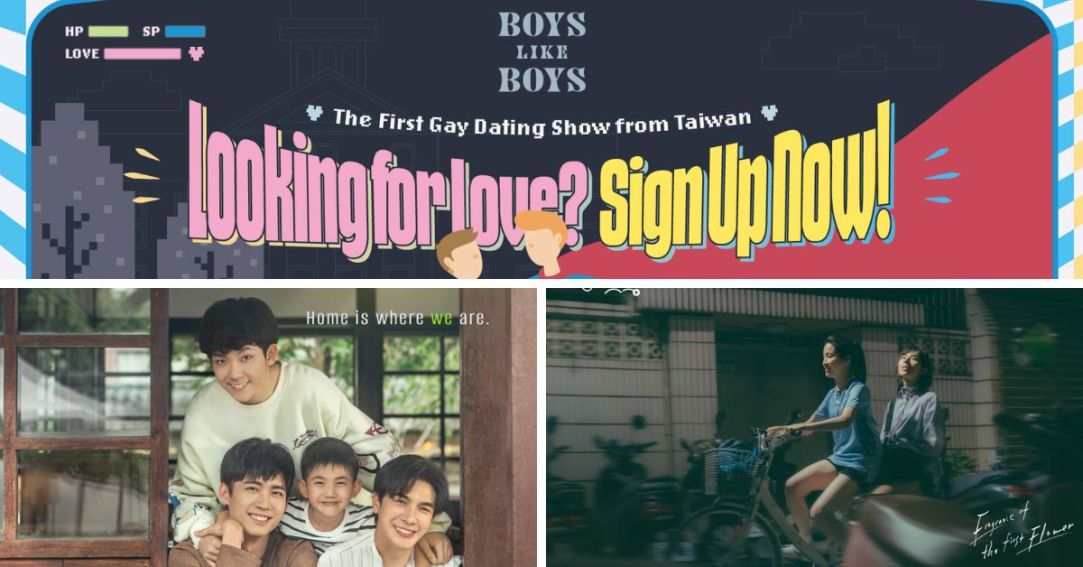 4 Taiwanese LGBT Productions Coming Out In 2023

From Taiwan’s first gay dating show to exciting new BL and GL shows, here are 4 LGBT productions from Taiwan to look forward to in 2023.

It seems like the BL (Boys Love) craze will not be dying anytime soon.

In 2023, BL fans can look forward to a lot more BL titles coming their way, particularly from Taiwan.

During the inaugural ‘Taiwan LGBTQ + BL Mixer Night Out’ held in Singapore, GagaOOLaLa unveiled a slew of original LGBT+ titles slated to be released on their platform in 2023. With over 1,600 queer titles, GagaOOLaLa is touted as the world’s largest LGBTQ+ and BL (Boys Love) streaming service.

As of 2022, we have more than 2.5 million members, as well as partnerships with 30 other streaming services. We’ve accomplished great things and won attention across Taiwan, Asia, and the world.

Jay Lin, CEO of Portico Media and founder of GagaOOLala

With a rapidly growing subscriber base, here are 4 GagaOOLaLa shows to look forward to in 2023.

Touted as Taiwan’s first gay dating show, Boys Like Boys just concluded their open casting call, and is slated for release in 2023.

Following 2 successful seasons, Papa & Daddy is slated to make a return to our screens, but this time, as an animation series!

As Asia’s first family-friendly LGBT+ animation series, we can foresee Papa & Daddy: The Animation Series making a big splash when it comes out.

Released in 2021, Light was a 44-minute short film that dealt with the heavy topic of sexual abuse.

Following a positive reception, GagaOOLala will be releasing Light as a series in 2023.

4. Fragrance of the First Flower 2

Written and directed by Angel Teng, Fragrance Of The First Flower was a GL (Girls Love) series released in 2021.

GagaOOLaLa will be renewing Fragrance Of The First Flower for a 2nd season, slated for a 2023 release.

You can find out more about GagaOOLala here.

Contrary to popular belief, content creation takes up considerable time, effort and resources. Independently run without any corporate backers, Dear Straight People needs the support of the community in order for us to continue running.

If you enjoyed our content and want us to continue creating more, please make a one-time donation or better yet, support us with recurring donations.

Or enter a custom amount

1 comments on “4 Taiwanese LGBT Productions Coming Out In 2023”