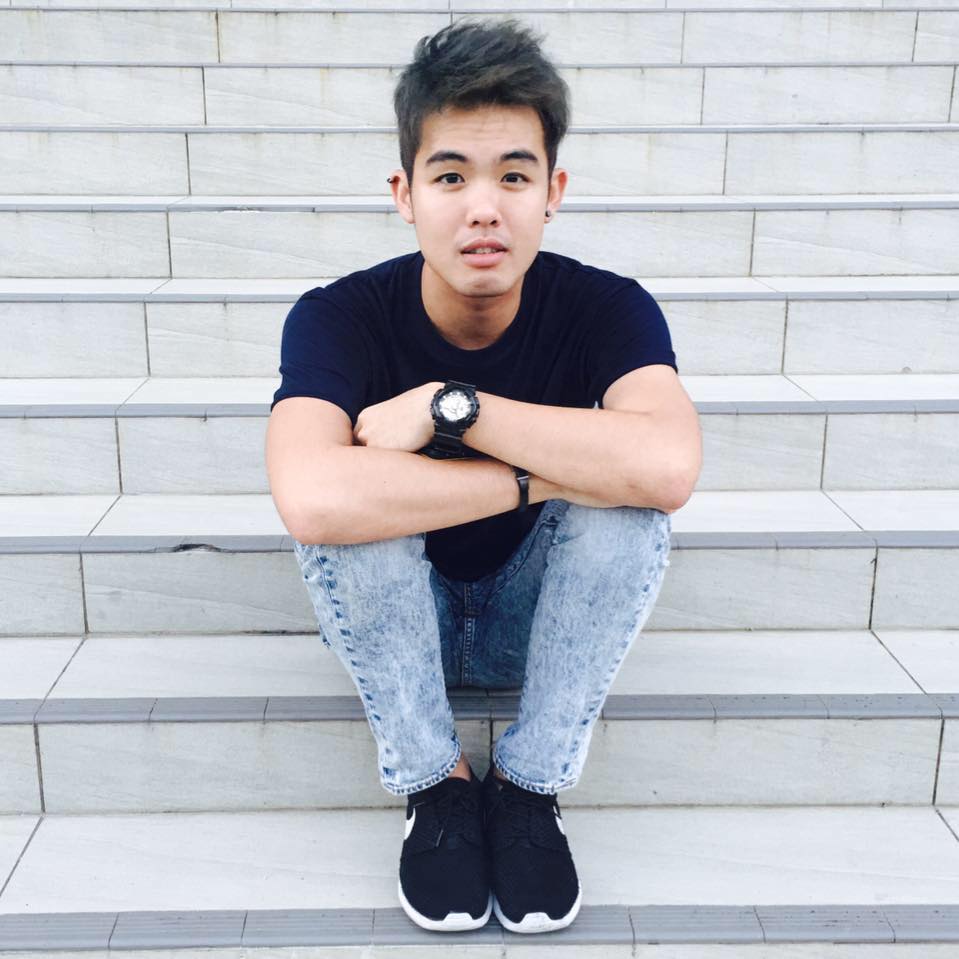 Out Of The Closet: Xzavier Shao Wei Shares His Story

Cheerful, friendly and perpetually sporting a smile on his face… That’s how most of his friends would describe Shao Wei if you were to ask them about him. Beneath that bubbly exterior however, few would have imagined the kind of trauma that he once went through.

Outed against his will and forced out of his home, Shao Wei had to live through the kind of nightmare that haunts most gay youths. But before we get to that part of his life story, we need to start from the beginning first… 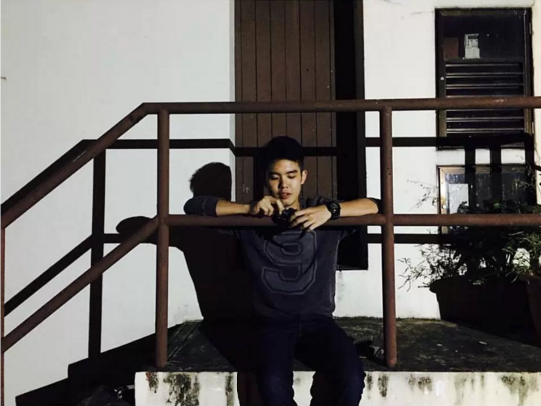 The year was 2005 and Shao Wei had just started secondary school. During that time, Shao Wei was like most other boys his age.  At 14, he had his first girlfriend. That teenage romance lasted for 2 years and ended in 2008.  That very same year, Shao Wei got to know a guy through Friendster and a platonic bromance soon blossomed between the two.

Maybe it was my imagination, but I felt hints of affection coming from my so-called brother. Being curious, I started searching about boys liking boys on the internet and before I knew it, I have signed myself up on SGBOY (a gay forum).

I will say that coming out to myself was pretty natural, it just fitted into my life like a jigsaw puzzle.

And yes, for those of you who were wondering, Shao Wei’s Friendster buddy was indeed gay. But nothing romantic ever developed between the two. 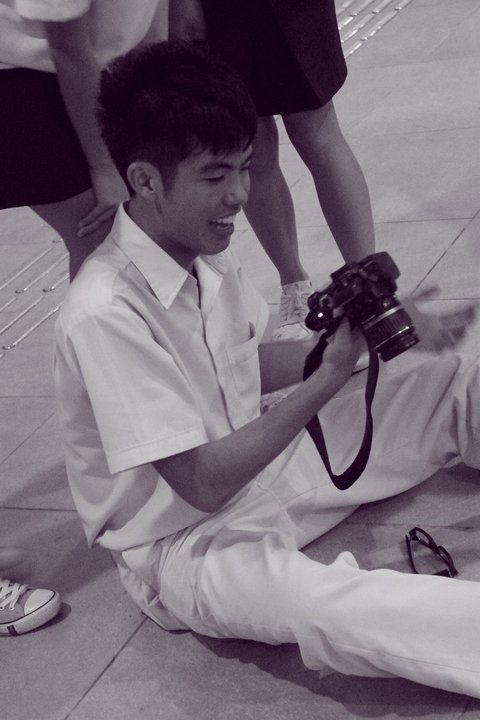 But while Shao Wei didn’t have much of an issue with accepting his own sexuality, he still wasn’t comfortable with sharing that information with others.

Growing up, he hid the identities of his dates from his peers. He would often lie to his friends that it was some ‘girl’ from another school that they wouldn’t know anyway in order to change the subject.

I felt bad that I had to lie to people whom I acknowledged as friends over my sexuality. So to my friends whom are reading this right now, I am sorry… 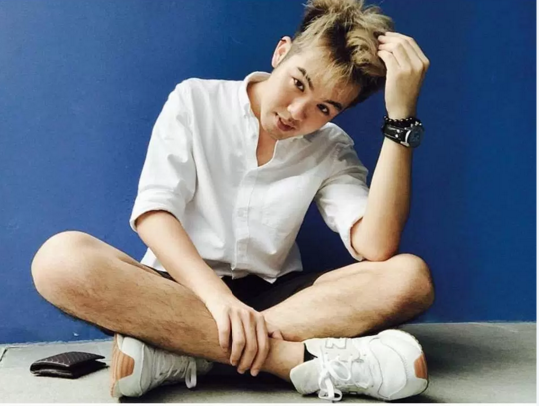 But in 2012, despite his best efforts, his family found out about his sexuality and his world came crashing down.

Whilst serving his National Service, his grandmother discovered a picture of him and his then boyfriend in his room. His grandma went on to inform his entire family and the brouhaha that followed was dramatic to say the least. Unable to return home, Shao Wei sought refuge from friends who kindly took him in. He also had to spend a few weekends in camp.

Little did Shao Wei know, that traumatic episode of his life would one day, serve to inspire a bunch of filmmakers many years later. Produced by eBroduction and closely based on Shao Wei’s personal experience, 娘家 (Embodiment of Love) tells the touching story of a gay boy (played by Shao Wei) who gets kicked out of his home after his father discovers his sexuality.

The events depicted in the film and the ordeal that Shao Wei went through highlights a social concern that most Singaporeans are oblivious to. LGBT youth homelessness is an issue that affects almost every country and Singapore is no exception.

Getting kicked out of the house is arguably the biggest fear of all LGBT youths. And it’s a fear that’s very well justified. It’s troubling that not only are there barely any resources out there to assist disowned Singaporean youths, the dearth of credible data pertaining to the issue makes it impossible to judge the extent of the problem in our city. There’s currently only one established shelter for homeless transgender people in Singapore run by The T Project.

Although LGBT youths are often advised not to come out to their families until they are financially independent, Shao Wei’s case illustrates perfectly well just how badly things can spiral out of control.

With barely any social safety nets in place, youths in Singapore who get chased out of their homes can only turn to their friends for help.  Luckily for Shao Wei, he eventually reconciled with his family. But not everyone can be so lucky. 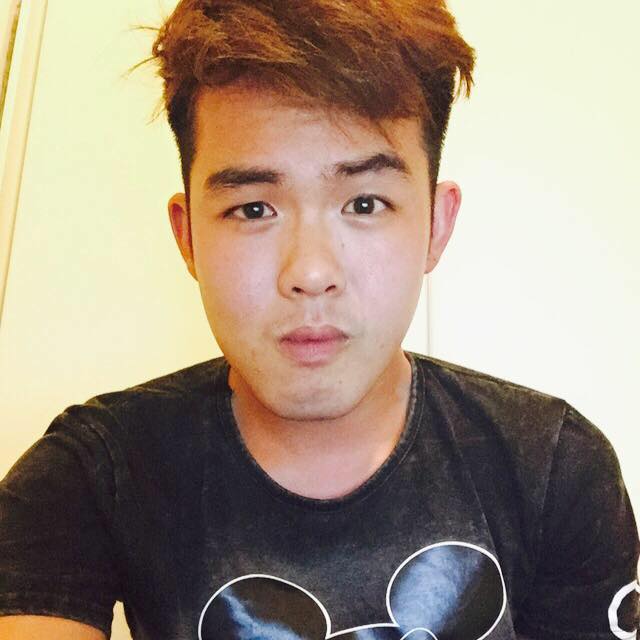 It’s been 4 years since that fateful incident and Shao Wei has long moved on from that episode of his life.

Currently pursuing a degree in business at SIM, Shao Wei aspires to one day own his own restaurant or cafe.

Currently single and available, his love for cooking and baking implies any potential dates can look forward to savouring his tasty treats. He’s a fan of adrenaline pumping activities but has also been known to spend an entire weekend binge-watching his favourite TV shows. 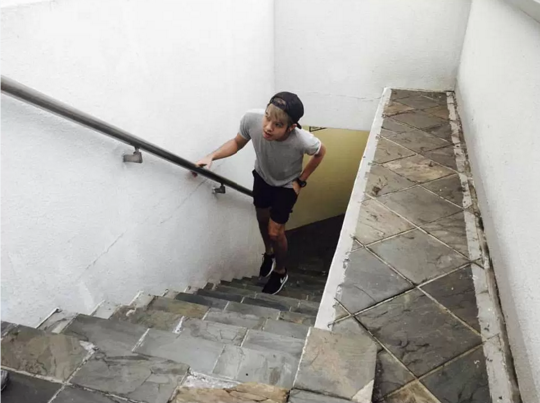 I remember very clearly, the very first person I came out to was someone that hated me. She was my girlfriend’s best friend and thought that I couldn’t match up to her back in (my) secondary school days (I looked nerdy back then). But after a couple of years, we grew to become really good friends… and I decided that I should come out to her.

Till today, we have been best friends for eight years. She was really receptive, and had a complete change of impression about me after I came out to her. I am blessed to have met her and her family, whom are all really accepting, and even treated me as part of their family. She’s really receptive with the LGBT community and even has other gay friends. I would say that I had a really fortunate encounter with her.

2. What happened in the aftermath of getting outed to your family?

It felt like hell broke loose, and my world crashed. I always thought that my family will be accepting, because we do have some gay family friends. I was wrong. I guess that’s not the case when it’s your own child.

I was half-way through serving my National Service when all these happened. My conversation with my family over the phone was just arguments, and tears. I couldn’t go home for a couple of weeks, I was crashing around my friend’s place, and spent a few weekends in camp.

I was asked to go home eventually, but to me, it didn’t feel like a home any more. It was awkward when I first got home after being outed, i have no idea what to say, and the silence was deafening for a couple of days.

3. How is your family coping with your sexuality now?

Throughout these few years, we have adopted a “Don’t Ask, Don’t Tell” policy. I am not saying that they have accepted me for my sexuality, they are just ignoring it.

4. Do you ever blame your family for kicking you out of the house?

I have never blamed anyone for that incident, probably just myself for being careless. However, this incident made me face the reality that i have been hiding from my friends and family. I would say that it was the catalyst that made me come out of the closet.

5. How did you get involved with the CNY coming out film?

The script was actually written by one of my close friends. They wanted to address this very real social issue that most straight people do not realise.

When I saw the script, I knew that I want to do it. If there are straight people out there trying their best to make a change, as a gay man, i have to give my fullest support, if not more. It’s also a subtle way of my coming out to people around me.

6. What advice do you have for gay people still hiding in the closet?

Take it slow, come out only when you have fully embraced your own identity.

Let’s face the fact, you are bound to meet people whom will shun you off. You have to be mentally strong to face the butterflies in your stomach moments before coming out to people, and the anticipation of their reactions, fearing that they will have the look of disgust in their eyes.

Be strong, there are people whom will love you for who you are. By fully accepting and loving yourself, people will feel the conviction in you. You can’t sell something you don’t have faith in.

7. What do you think is the biggest misconception straight people have about gay people?

Most straight people have the stereotype that gay equates to feminine. However, we are just like any other person you see on the streets, and of course there are exceptions. But my point is that, we are no different to any other straight person out there.

Dear straight people, when a person decides to tell you that they are gay, they probably have mustered all their courage in their entire life to do it.

You do not have to treat us differently, all we ask for is to be treated the same. If you don’t know how to react, just smile, and tell them you’ve got their back. 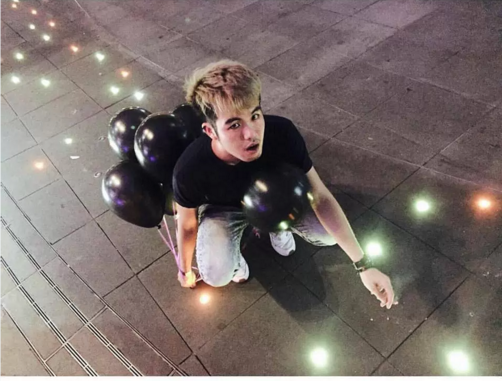 Once again, Dear Straight People would like to thank Xzavier Shao Wei for sharing his story with us.

If you would like to keep up to date with how Shao Wei is doing, you can connect with him through his Facebook and Instagram accounts.

Out Of The Closet: Gabriel Lu Shares His Story