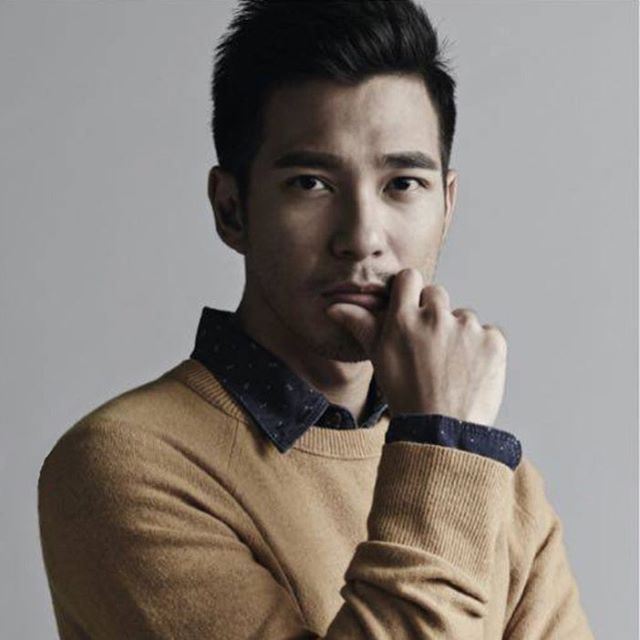 Out Of The Closet: Gabriel Lu Shares His Story

If I had to sum Gabriel up in one word, it would be ‘Confident’. Seated comfortably inside his lush condominium abode, there’s no uncertainty on Gabriel’s end. His voice never wavers. Even when he’s recounting incredibly painful memories of his past, Gabriel never displays any signs of vulnerability.

That confidence however, wasn’t something that he always had. Beneath his fearless facade, few would have guessed just how depressed and alone he used to be. 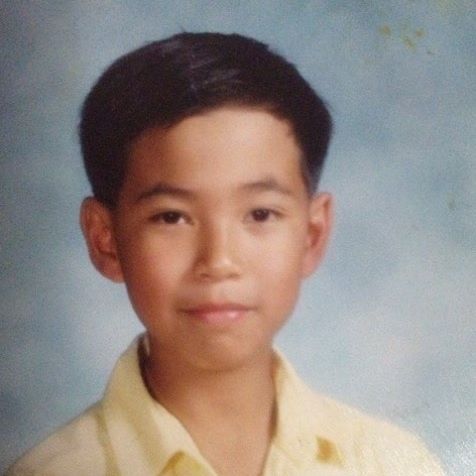 The kid that Gabriel used to be was a far cry from the man that he is now.

As a child, his confidence was largely non-existent. His awful haircut and dorky batman glasses served as fodder for bullies whilst he was schooling in Hong Kong International School. He was also often teased for having a ‘gay’ name (Gay-briel).

I was a pushover, and never dared to fight back. I came from a school where bullying led to being physically beaten up. And I was afraid of that

To make matters worse, he had to wear his sister’s old clothes till he was 12-years old, despite coming from a well-to-do family.

Can you imagine wearing girl’s clothes until you are 12? My puberty started early so my sister told my mum it was a waste of money to get me new clothes because I kept growing. 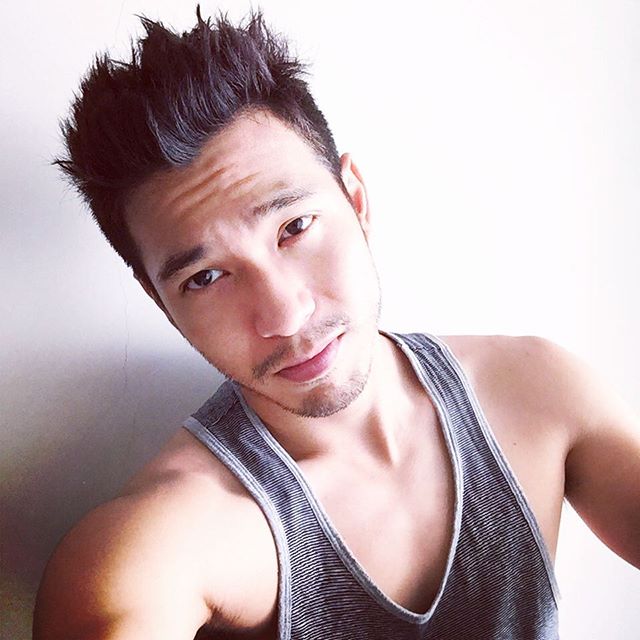 Back home, things weren’t much better for Gabriel.

Gabriel was the popular archetype of the rich kid who wasn’t getting enough attention at home. Like many other Asian children, he had a tiger mum who was fierce, controlling and had very high expectations of him.

I created a lot of problems for my parents because I was so lost. I couldn’t get any attention from home so I looked for it elsewhere..

I went out so much my parents thought that I was on drugs, which I wasn’t.

To top it off, his growing awareness of his sexuality made matters more difficult . He experienced same-sex attraction for the first time when he was 12.

At that age I didn’t really know what to make of it. I have a very bad memory but I think it was when I started watching movies and I realised ‘Oooo, that guy is hot. And I would watch the rest of the movie despite it otherwise being very boring’. 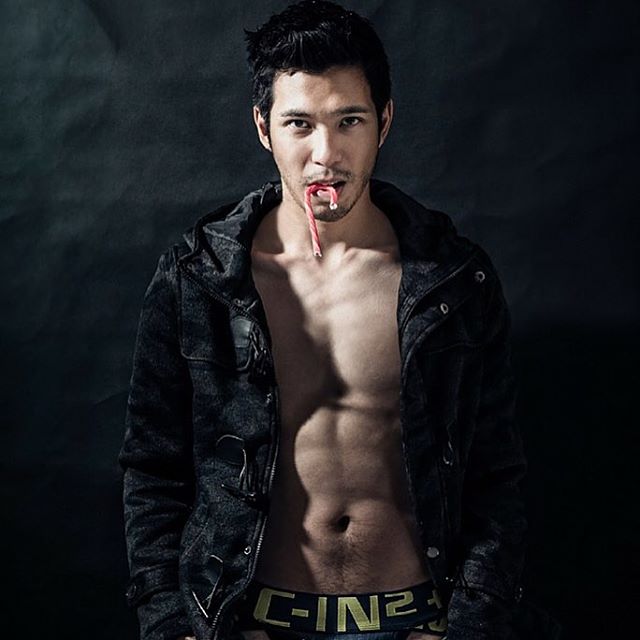 Try as he might, Gabriel couldn’t find the acceptance that he so desperately craved. At the age of 15, he became ostracised in school after he confessed his sexuality to his then best friend.

He told all my friends. No one spoke to me again.   Losing my best friend, losing my friends…

It all became too much – I told myself I needed to start over, so I left for the US.

But things didn’t improve much for Gabriel in the States. After just a year there, he dropped out of school.

I didn’t like the school because I didn’t like myself… I didn’t know who I was, or what I wanted. I was constantly confused, and kept struggling with my identity. 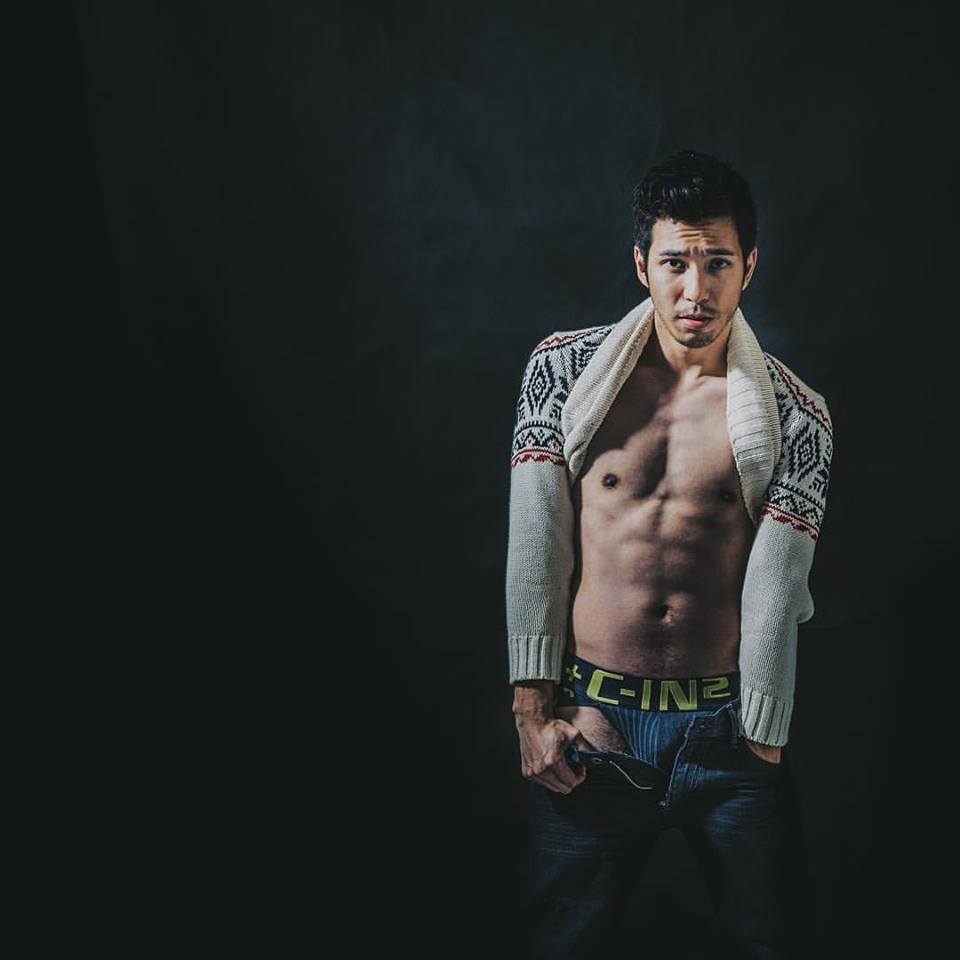 Just like many other gay kids struggling with their sexuality, depression was something that haunted Gabriel for many of his teenage years.

6 months after dropping out of school, his mum moved him to Perth to finish his high school education. But unfortunately, he was bullied and outed against his will once again.

I had kids walk behind me with a shoelace and tie it around my eyes making fun of how small Asian eyes were. These same kids would sit at the back and shout “faggot” while I was giving a presentation.

So racism on top of being gay, you might as well not exist there. 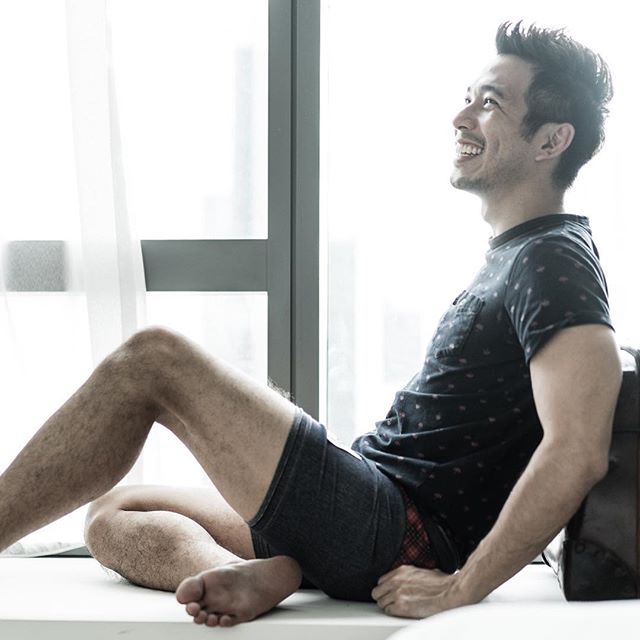 Like many other people in my situation, I tried what I thought was the easy solution – medication – but quickly realised that it wasn’t the answer.

In the end, I discovered that the key was to learn not to give a crap about what people thought about me, and just believe in myself.

He finished up his education at Singapore Management University, where he graduated with a Bachelor in Psychology. Thereafter, he embarked on a successful career in insurance, winning several professional awards.

But in 2015, Gabriel took the plunge by quitting his job in finance to set up The Jock Shop; an exclusive online men’s underwear and swimwear store. 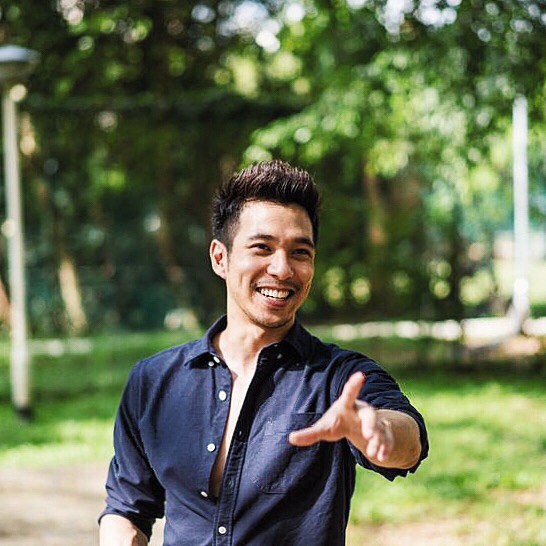 As a one-man team, building up The Jock Shop wasn’t easy. With no background in business or marketing, the odds were against him. He put everything on the line for  The Jock Shop. All of his savings went into the business and he knew failure was not an option.

It’s easy to be a victim of society. But it’s equally as easy to slap yourself on the face and prove to the world that you can be somebody. And that’s what I did.

I wanted to make something of myself and create a business that I would look back at and be very proud.

His drive to succeed paid off and by the third month, The Jock Shop had started to turn a profit. 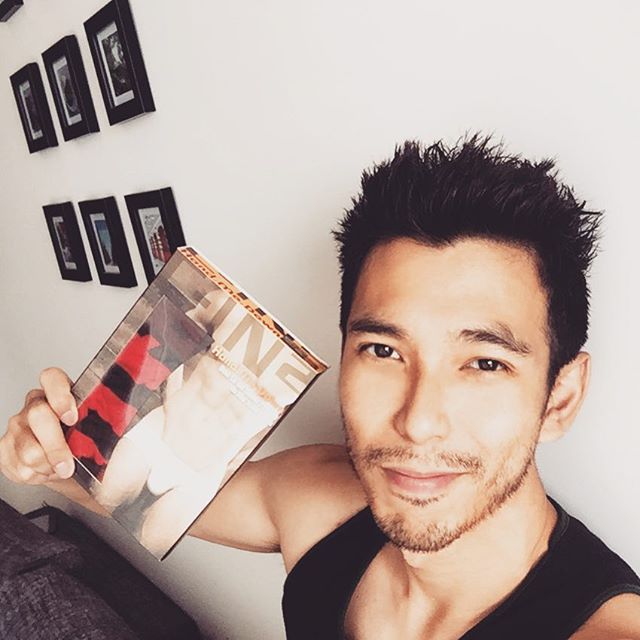 No longer that scared kid who was always pushed around, it’s easy to become envious of the man that he is now.

As his own boss, he doesn’t have to put up with overbearing supervisors. He gets to hang out with underwear models all the time. And he’s infinitely more confident than he was before.

I know how to pitch. I can go into any shop and I can get a discount… My number 1 motto in life is ‘If you don’t ask, you’ll never know.’ 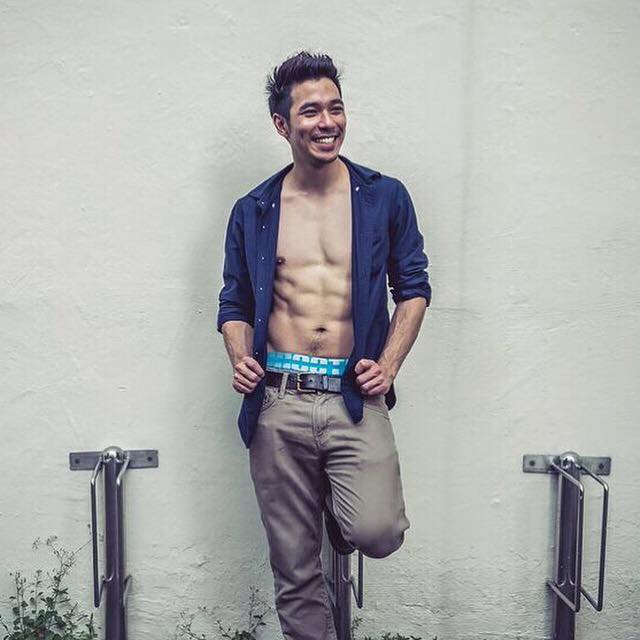 Outside of work, he spends a lot of his free time gaming and is an avid lover of music.

Happy music makes me happy. My all-time favourite song is Pachelbel’s Canon, I can listen to it for hours on end.

He also candidly confesses to having a thing for Britney, the only artist he will ever pay to see live in concert. 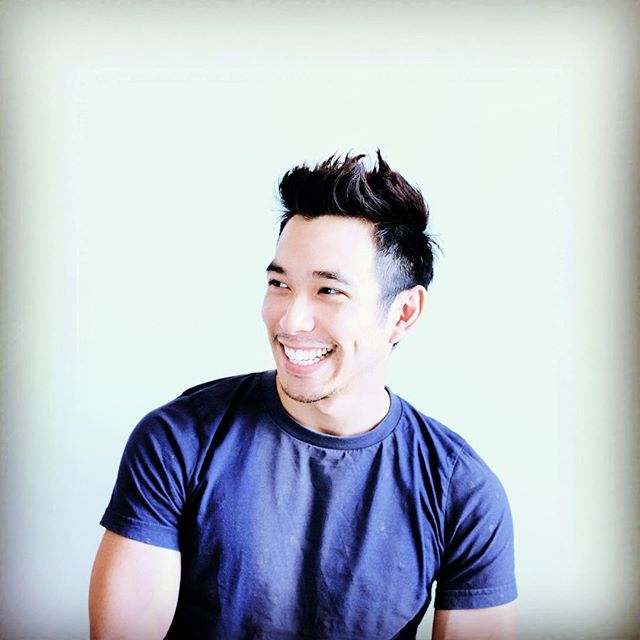 Gabriel has very kindly agreed to share his coming out story so read on to find out more about his inspiring journey so far!

The first time I came out to someone was my best friend when I was 15. He was my first gay crush.

When I came out to him, he walked away from me and never spoke to me again, up till today. For 5 years in a row I wished him ‘Happy Birthday’ but he never said anything back to me.

2. What were some of the difficulties you faced growing up as a gay male in Hong Kong?

I think a lot of it was trying to figure out who I was, trying to find acceptance . I felt accepted by the gay community in Hong Kong – they were really the first group of friends who accepted me.

3. Growing up, you were bullied a lot for being gay. How did that affect you?

It really affected my self-confidence. I remember not being able to handle it. There were times where I  looked into the mirror and didn’t recognise myself.

4. How did you overcome being bullied?

I just told myself that enough was enough. I wasn’t going to be afraid of people just because I was different. My lack of confidence was due to other people, and I knew that my confidence could only be built up from within, and so I did.

I woke up one day and told myself that today was the day that I became a different person. I wasn’t going to allow people to bully me. And I wasn’t going to change myself for anyone (unless it was to become tidier).

5. What advice do you have for other gay people still hiding in the closet?

Some real advice would be the earlier you accept who your are, the less running around you have to do.

Once you learn who you are, you don’t have to run anymore. That’s one thing I’ve learnt. I’ve done a lot of running. Many schools, many countries.

6. What do you think is the biggest misconception straight people have about gay people?

I find it so annoying when straight guys  assume that you’re hitting on them. They think we all have agendas.

Be kind. I like kind people. That’s the number one quality I look for in someone. Kindness goes a long way.

Once again, Dear Straight People would like to thank Gabriel Lu for sharing his story with us.

If you would like to keep up to date with how Gabriel is doing, you can connect with him via Instagram (@ghlu86). You can also find out more about his business, The Jock Shop here. 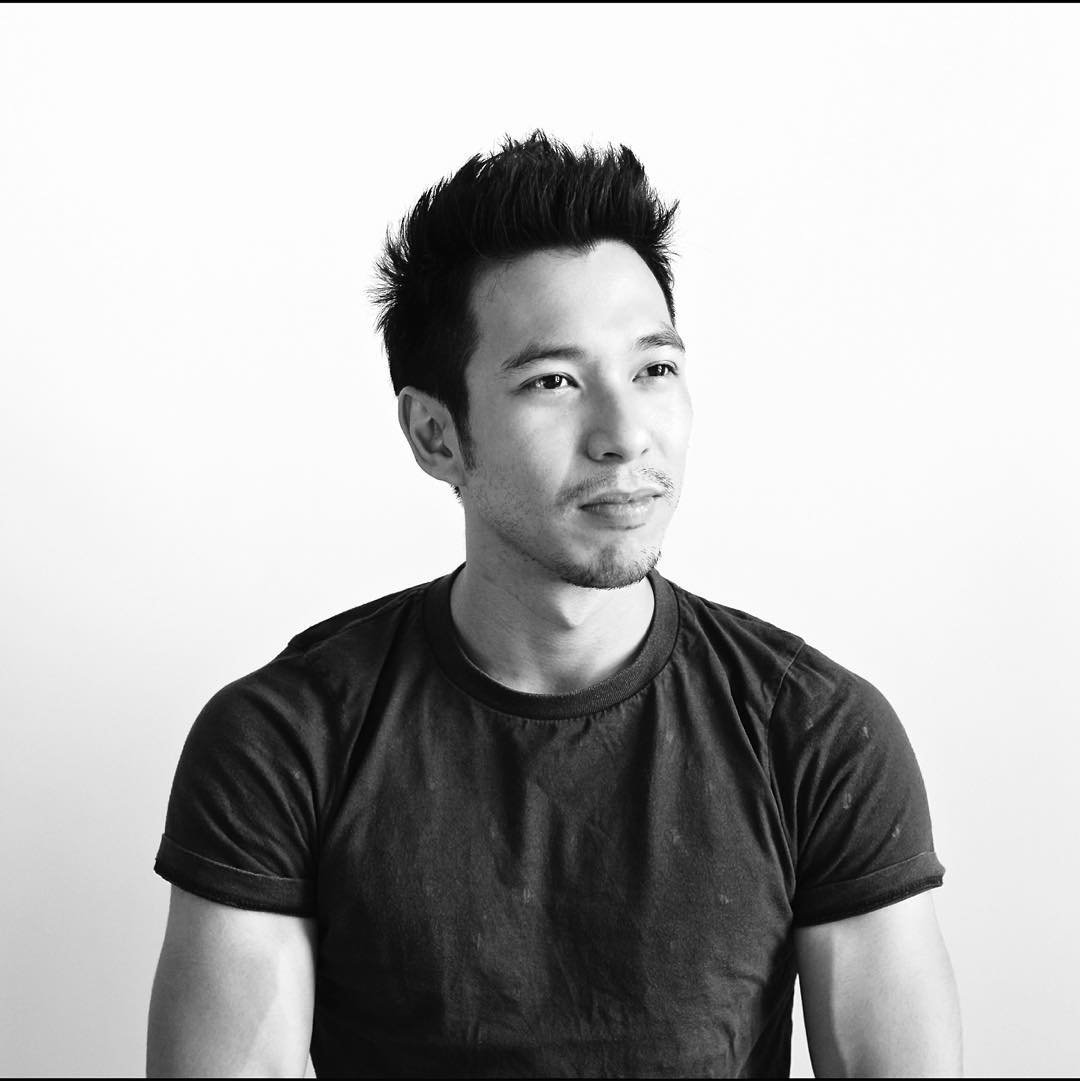 Out Of The Closet: Brenan Yeo Shares His Story

2 comments on “Out Of The Closet: Gabriel Lu Shares His Story”