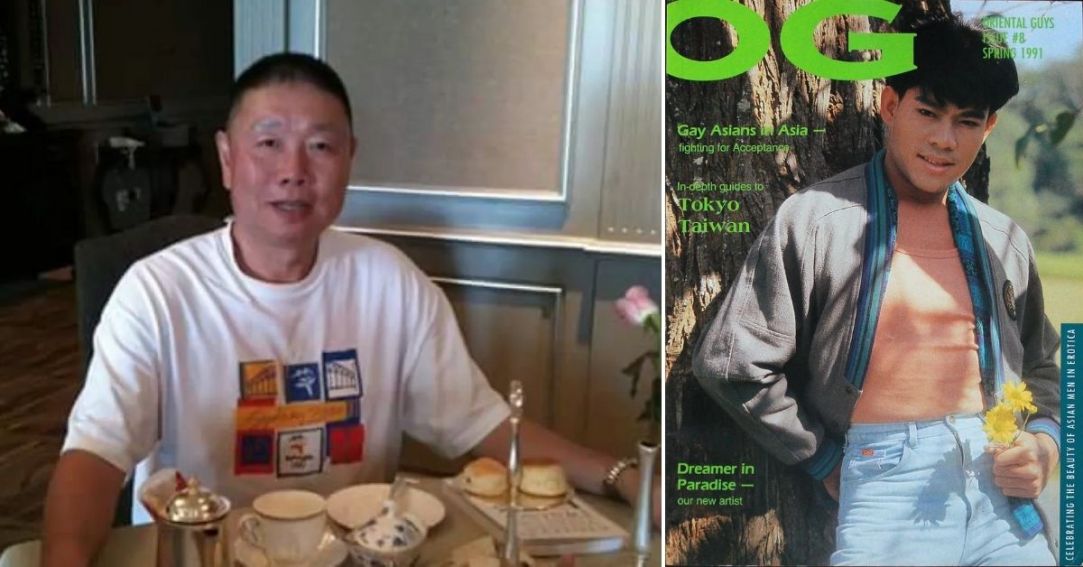 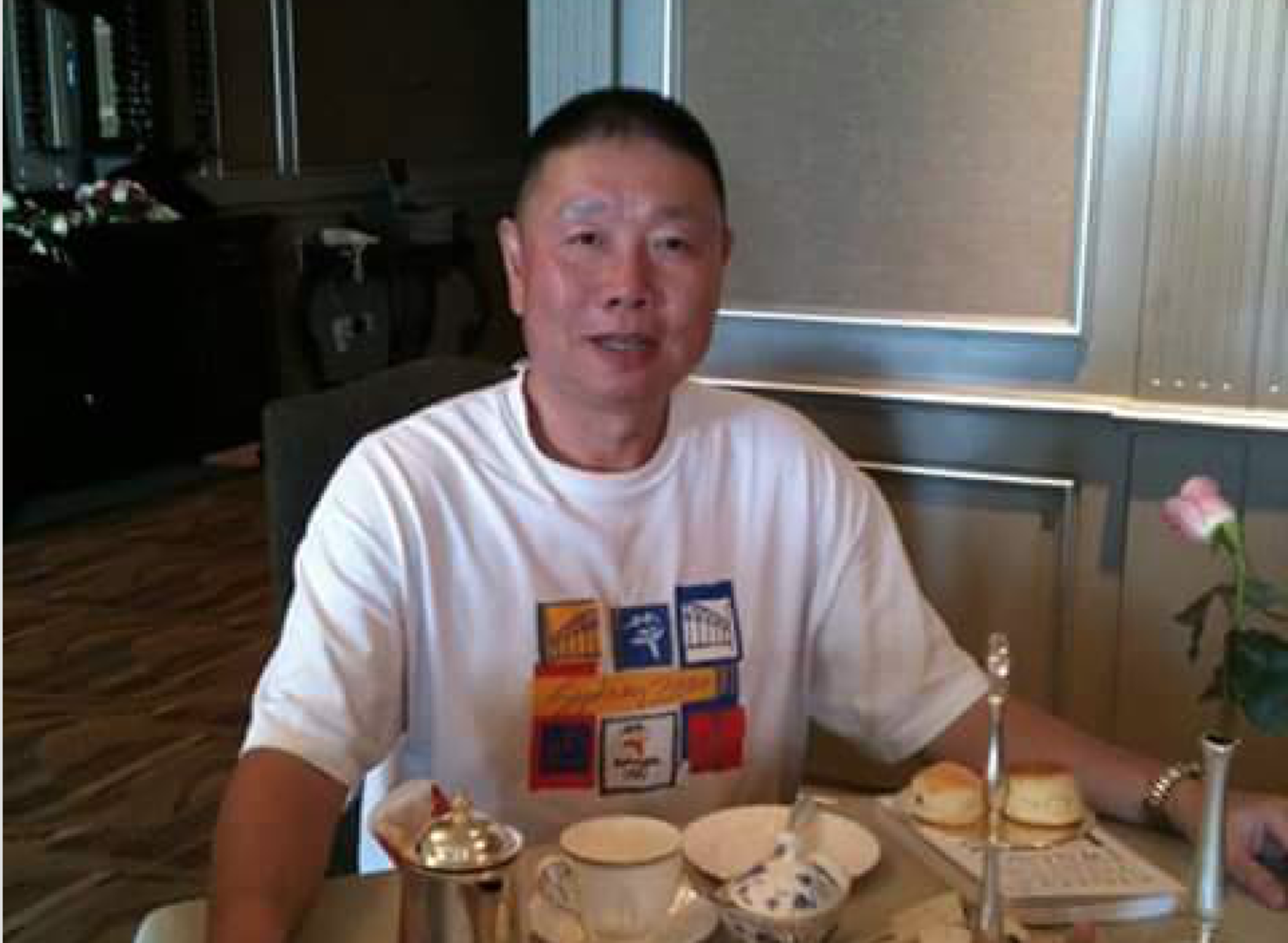 A trailblazer well ahead of his time, Ed is best known for his work through OG magazine. The gay magazine was distributed overseas during the 1990s and ran for 26 issues. Unlike other gay magazines during that time which only featured Caucasian models, OG Magazine broke new ground by showcasing Asian male models in glossy full colour spreads.

On 25th May 2017 however, Ed passed away. And it is with deep regret that I was not able to get his interview out before his untimely death. But I hope that this piece will help to ensure that his legacy does not get forgotten by future generations. And I pray that his loved ones will find comfort in his words. 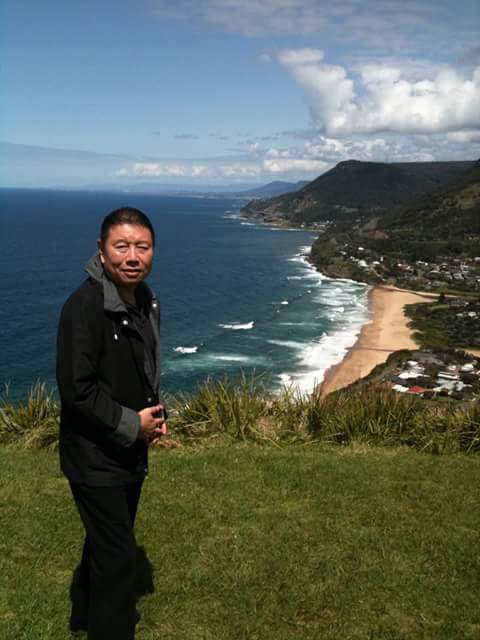 Born in 1958, Ed experienced same-sex attraction from a young age.

My family had a maid and she brought her 12-year old son to stay at our home. I was instantly drawn to him and we became good buddies.

Despite the fact that it was the 1960s, his sexuality was rarely a source of contention for him. And his family never bothered him much about it either.

My family did not care in the least. Both my parents were business people and they never bother me about my private matters.

They must have known but they kept quiet. Ditto my brothers and sisters.

In 1986, Ed started OG Magazine despite possessing zero editorial experience. The first two to three years were especially tough, and it soon became clear that he needed a professional on board in order to ensure the magazine’s survival.

I knew that it won’t go further afield if I don’t get professional help soon.

Thankfully, he managed to enlist the help of Ian Withers, an editor in an Australian TV station who joined OG magazine as its editor.

I owe Ian a very great debt of eternal gratitude.

His role as editor literally ensured OG’s survival for the next decade. When he took over as editor, he brought to OG a sheen and the gloss to the content. 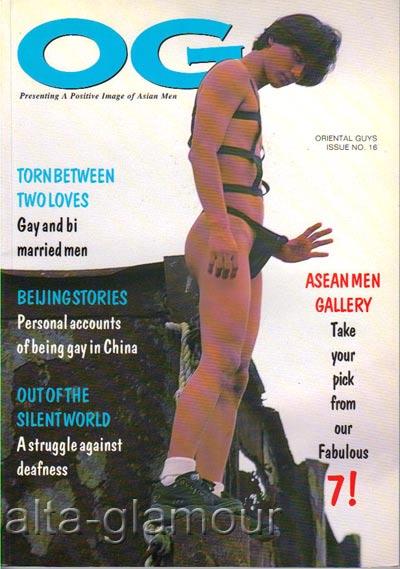 Under Ian’s new editorial direction, OG Magazine started to thrive and its popularity in the Western markets surged.

The 90s was our golden decade.

Readership in our major markets in the US, Europe and Australia increased by leaps and bounds and many new distributors came aboard.

Unfortunately, OG magazine also began to attract unwanted attention. Two Singaporean models featured in OG Magazine, both students at the time, found themselves getting attacked by local media caused by gay men who sought to blackmail the models.

Both times, that slimy dirty rag The New Paper was the main culprit that exposed the guys to sell copies for their own profit.

I am just so glad that said dirty slimy rag has gone so deep in their bottom line losses that they have to beg you to take them for free in the streets now. 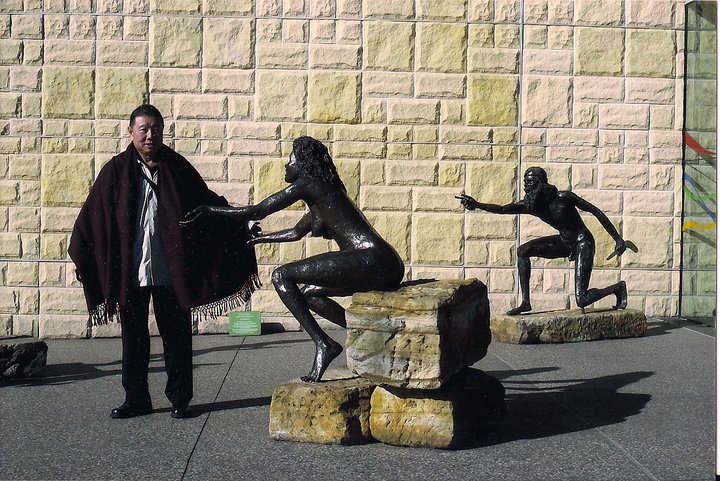 OG Magazine may have stopped circulating over a decade ago. But his work constitutes an important part of our queer history that must not be forgotten. And it’s evident that Ed himself feels the same way too.

OG was a sheer pioneer in its field.

We were the first publication from Singapore to showcase young, handsome Asian men to the rest of the world and to do so with much pride and conviction.

Read on to find out more about this local pioneer in our Q&A section below!

1. How was it like for you growing up gay in Singapore?

From the age of 15 studying at St Patrick’s School, I had friends at nearby Katong Convent and all through my young adulthood, I cultivated friendships and relationships with women. At the same time, I indulged in close friendships with guys my age.

The mid 70s and 80s in Singapore was actually a very fun place. No questions asked and no one I knew told anything.

I truly enjoyed myself being bi and getting away with it effortlessly. There was hardly any pressure from anyone. Those who knew just winked and kept silent.

I did not come out officially to anyone. There wasn’t a need to.

I just did what I wanted and enjoyed myself tremendously. However, I was at the same time discreet. I can’t recall anyone ever asking me directly whether I was gay.

3. How did OG Magazine come about and how did you get involved in it?

I started thinking about starting OG in 1986 when I was living in Sydney, Australia.

There were no books or mags featuring gay Asians so I thought I would start one. To test the viability I posted an ad in Campaign magazine, a gay Aussie monthly, taking advance mail order for the premier issue to be released 3 months from June ’87.

The response was terrific. I got 300 over people sending in their orders and checks. That contributed to my war chest and I took a deep breath and got started.

4. What were the biggest challenges for you in running OG Magazine?

The biggest challenge was to ensure the mag’s viability as a going commercial concern and to keep it as interesting as possible in order to do that.

When I first begun, I had not one single day of editorial room experience. Everything was touch and go. I was really feeling my way around and learning on the go. It was very tough.

For the first two to three years, I just could not find anyone able to help me as editor. Then as great luck would have it, one of my Aussie subscribers Ian Withers came to Singapore (where I had returned) for a visit and we got together.

He made many changes, improved the layouts and brought professionalism into the mag’s make up. He enhanced the content introducing many new elements like breaking news features and electricfying interviews with many interesting gay personalities from both Asia and the west. Our models selections also improved and we also secured the services of a new printer in Hong Kong who did a good job to make the mag looked and feel good.

Each issue of the mag was assembled in Singapore, guided by Ian’s diskettes from Sydney and printed and shipped from Hong Kong to our major western markets.

5. Two of OG Magazine’s Singaporean models got into trouble for being featured. What happened exactly?

OG featured a lot of Singaporeans as models for its various issues. The two models in question were both students. One in university and the other in poly.

The 2  models posed for the fun of doing so and since OG was not sold in Singapore, they felt assured that it was safe to pose. A professor in the uni who is gay saw the issue where the undergrad appeared and cornered him and wanted to expose him. I don’t know what then transpired but the New Paper was called in and they did a damaging expose of the undergrad. He had to leave the uni because of some ethics issues. I felt really bad about that.

The other case of the Poly boy was much the same in several aspects. The boy was a personal friend of mine and I engaged a lawyer to thwart off the threats posed by the poly’s disciplinary master. We won the case because the boy, on the advice of his lawyer, refused to be cowed and intimidated by the school disciplinary board. He was allowed to continue his studies at the poly and went on to pass his exams.

Both cases showed up the bias and prejudices of the school/education system here in Singapore. They meddled in things essentially private and not subject to discriminatory and unnecessary investigation and scrutiny.

6. What in your opinion was the cultural significance of OG with regards to the LGBT community?

OG was first published specially for readers in the west. The first three years, I concentrated on securing a readership base there. I never thought that I could sell it in Asia anywhere. This was before the internet came along in the early 90s.

When we went online with a website in 1994, I began receiving enquiries from some Asian countries like Japan and Hong Kong. Soon after, I appointed dealers there and then orders also came from home (Singapore).

By the mid 90s, I had one eye glued to these growing Asian markets and we tailored the content of the mag accordingly by including more articles of interest from Asia about Asia and the west.

I think overall OG should be remembered as an informative and entertaining publication for subscribers in both east and west. Because we were the first to use so many local Singaporean models, we set a trend for others to follow suit. The stories and articles in OG helped bridge a gulf between east and west and as such, OG was culturally significant to the LGBT community.

7. Do you think there will ever come a time when a magazine like OG will be sold publicly in Singapore?

No, I don’t think that there will ever come a time when publications like OG can be sold openly in a country like Singapore.

It’s just not possible because of draconian laws and restrictions. 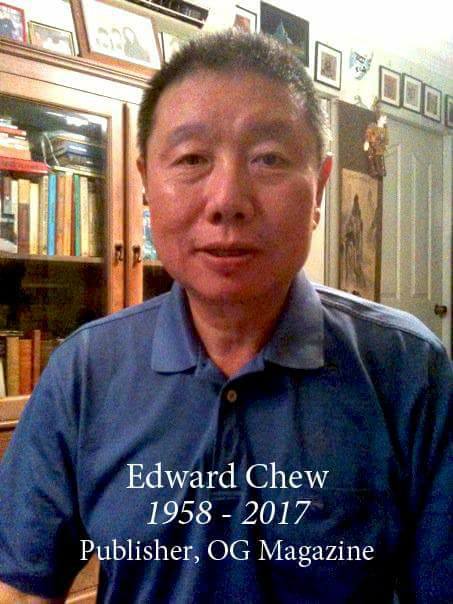