Out Of The Closet: Lewis Loh aka LEW Shares His Story

Bisexual artist Lewis shares with us why he isn’t afraid of being ‘out’ despite the possible repercussions his sexuality might have on his showbiz career.

It was one year ago during Pink Dot 2016 that I first met Lewis Loh. I was there covering the event with my colleagues. When the festivities wrapped up, we headed to Lau Pa Sat for dinner. That was when Lewis joined us.

I don’t remember much of that encounter. But I do remember that whatever interaction that we had was insignificant. So while we may have met in person before, we were still effectively strangers.

Who would have known that our paths would cross again one year later.

It was a little over a week before National Day when the idea of doing an LGBT National Day cover of ‘Home’ first struck me.

With just one week to go, my team scrambled to find a suitable singer for the project. I managed to obtain Lewis’ contact and pitched him the idea of what we wanted to accomplish. Without any hesitation, Lewis agreed to lend us his vocals. There was no talk of payment. No queries about how this would benefit him. Lewis very sportingly agreed to help me, a stranger, despite the tight timeline we had to work with.

The anecdote that I’ve just provided you with pretty much sums Lewis Loh up as a person.

As an artist trying to make it in the cut throat music industry, there is nothing ‘smart’ about Lewis being so open about his bisexuality. But life shouldn’t be all about making ‘smart’ choices. Because what’s the point in being smart if you can’t be yourself. And Lewis Loh certainly isn’t afraid of being himself. 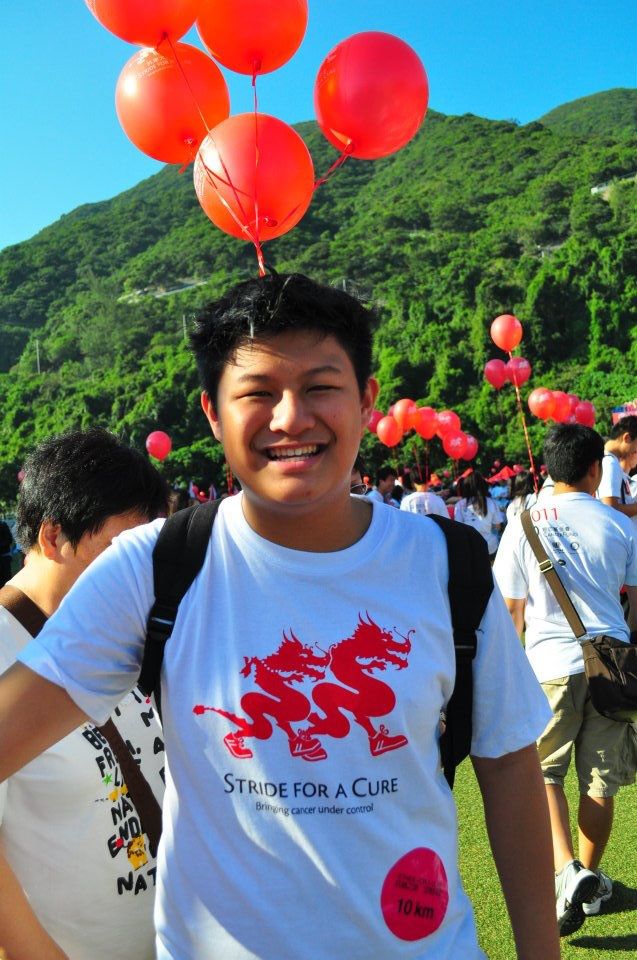 Born in Hong Kong, Lewis experienced a slew of heterosexual crushes growing up. It was only during high school that he first experienced attraction to the same sex.

Growing up, I had a bunch of crushes on girls, always assuming that my admiration and attraction for guys were non-platonic.

When Lewis was 15, he came to the conclusion that he was bisexual after years of self-reflection.

I started identifying as bisexual when I was around 14/15.

I only came to that conclusion after many years of watching ‘coming out’ videos and sharing (mostly) similar sentiments to my sister’s high school crushes. 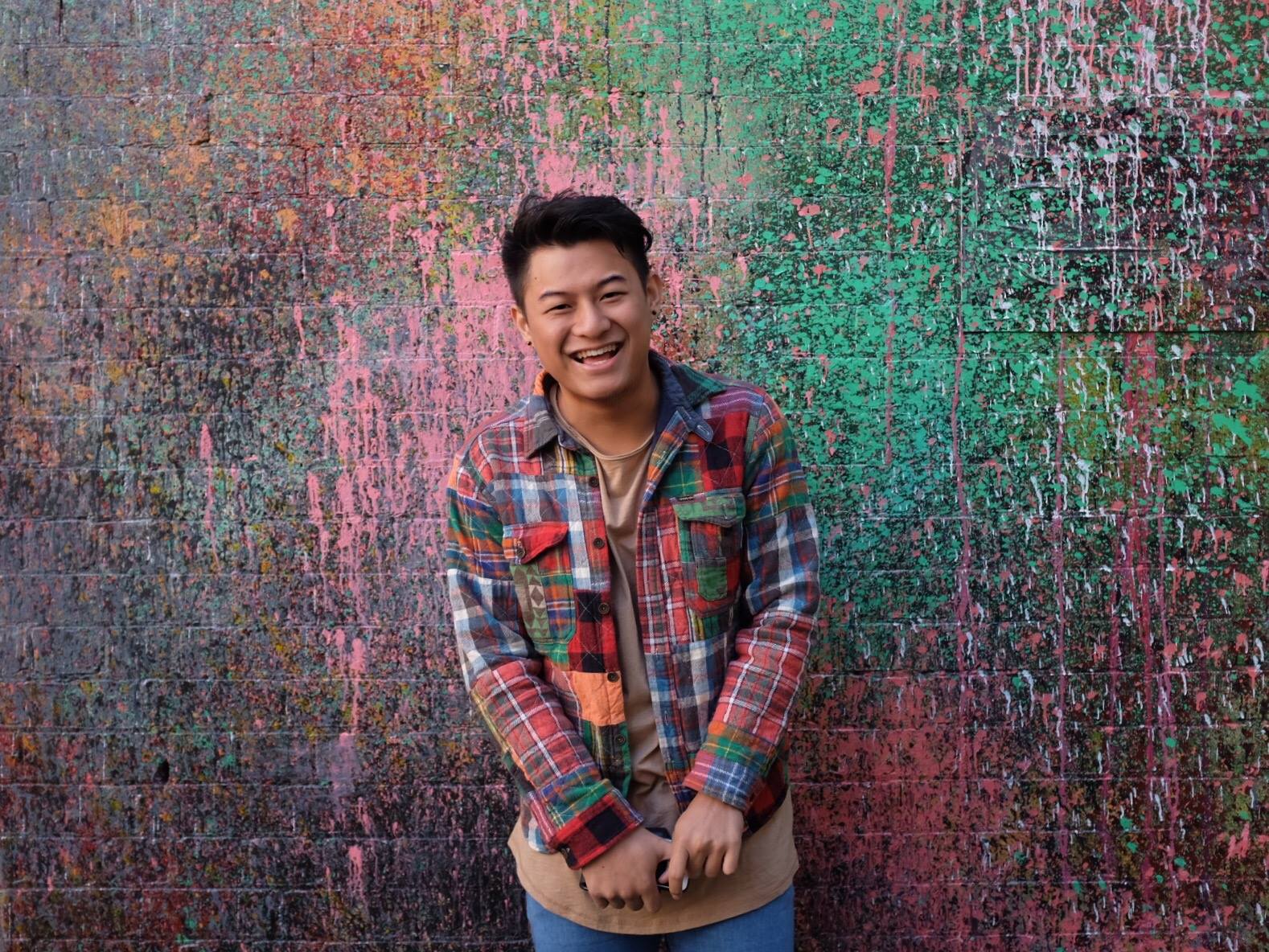 Not long after, Lewis took the plunge by coming out to two of his best friends.

I remember crying and feeling a kind of unapologetic guilt.

I felt guilty that I was not straight, but so relieved that I was slowly coming to terms with my sexuality and also comfortable enough to tell my friends about it.

Two years later during his senior year, Lewis decided to take it a step further by coming out to everyone in his social circle. On 1st January 2014, Lewis came out through a Facebook post.

It was the most liberating feeling ever. The adrenaline I felt was so specific to that moment, and I was expecting all the worst reactions under the whole umbrella.

However, I was so blown away by the tremendous amount of support from my community. It may have been one of the first times I experienced euphoria. 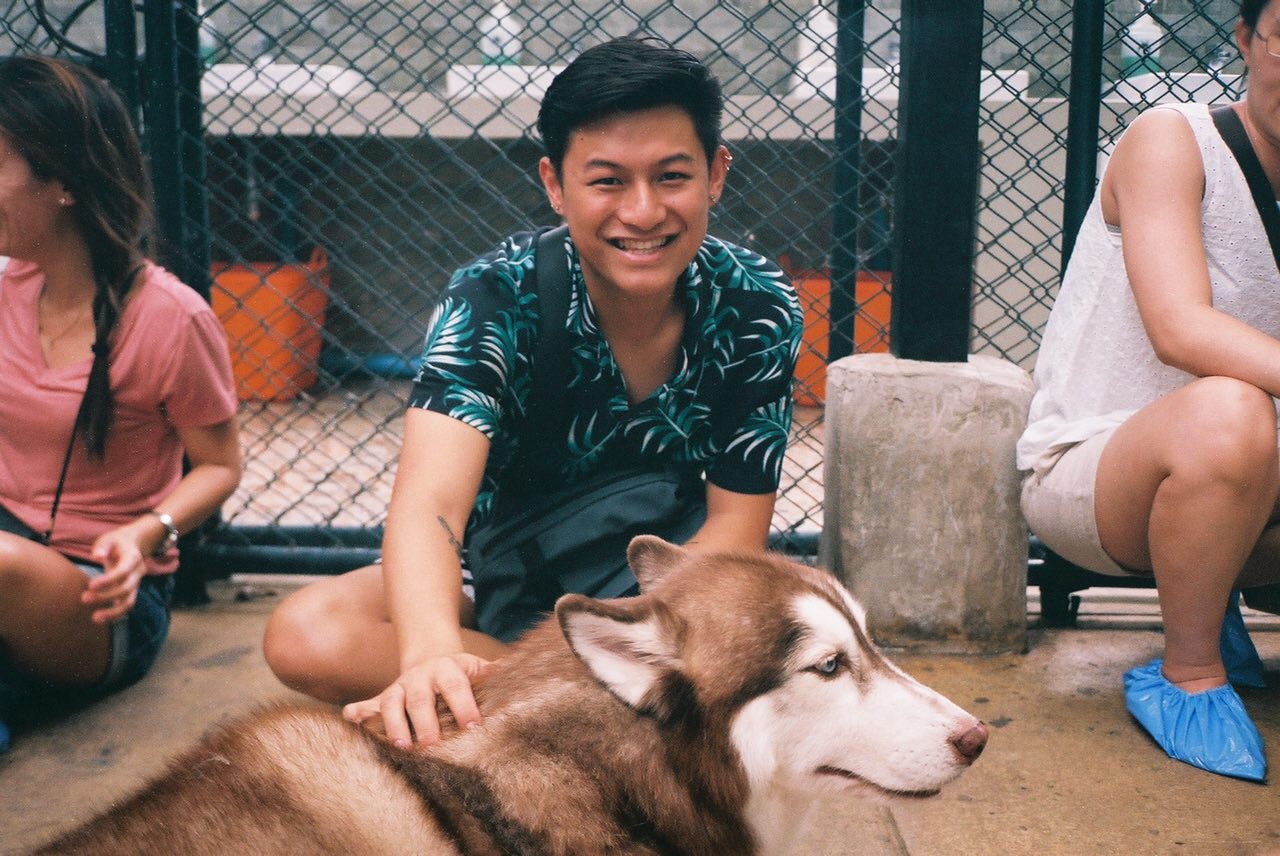 Raised in Hong Kong, Lewis returned to Singapore at the age of 18 to serve his National Service. Drafted into the Singapore Police Force, it was there that Lewis had his first taste of fame.

A then 19-year old Lewis Loh became an overnight viral sensation when he fronted a National Day music video cover of ‘One Singapore’ produced by the Singapore Police Force. Originally performed by Dick Lee and JJ Lin, Lewis’ cover managed to garner over 460,000 views and over 9,000 shares to date.

His rendition was so well-received that the video even earned a share from Prime Minister Lee Hsien Loong!

Despite the overwhelmingly positive reception to his cover, Lewis was prepared to risk all of that goodwill to become the face of our LGBT National Day cover of ‘Home’.

On 7th August 2017, Dear Straight People published our cover of ‘Home‘, featuring both members of the queer community as well as our straight allies. The video quickly went viral, accumulating over 80,000 views across Facebook and YouTube. Our cover even earned features in both straight and LGBT publications like Mothership and Gay Star News.

When I asked Lewis why he decided to get involved in our project, he had this to say:

I love working and collaborating with other creatives around me.

I enjoy sharing what I have to offer, and if it can benefit a community, or even just one person, then it makes it all the more worth it. 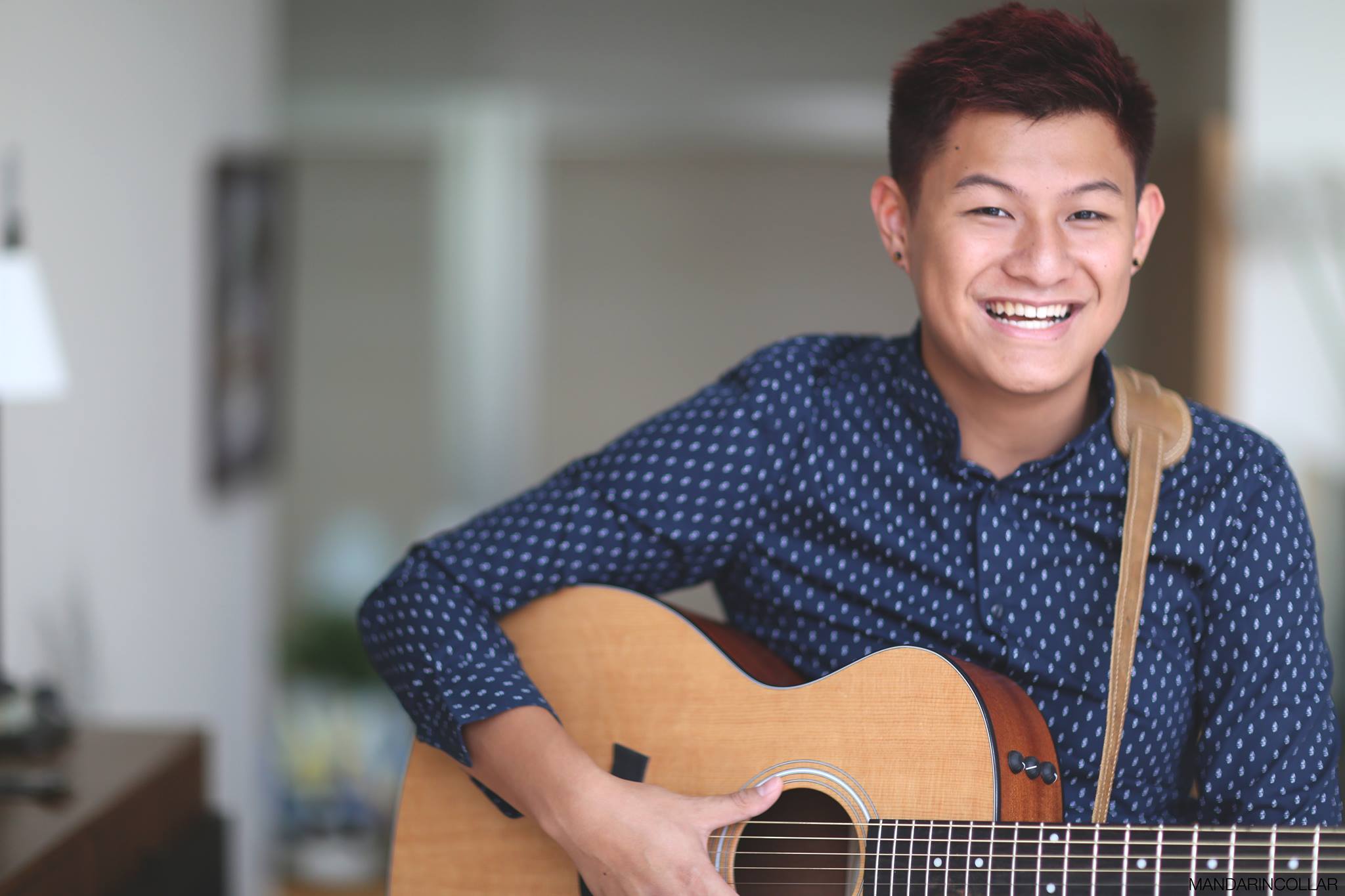 A talented singer and performer, Lewis picked up songwriting when he was 17 after being left heartbroken from his first break-up.

He has since gone on to release a full-length album ‘Lullacry’ on 21st July 2017. Lewis has also managed to crack the Singapore Viral 50 charts on Spotify, with his song ‘Wings’ peaking at number 5. Adept at playing the piano, drums, and guitar, Lewis is currently based in Boston where he is studying at the prestigious Berklee College Of Music.

Check out the ‘Profile’ and Q&A section below to find out more about Lewis and his experiences as a bisexual man. 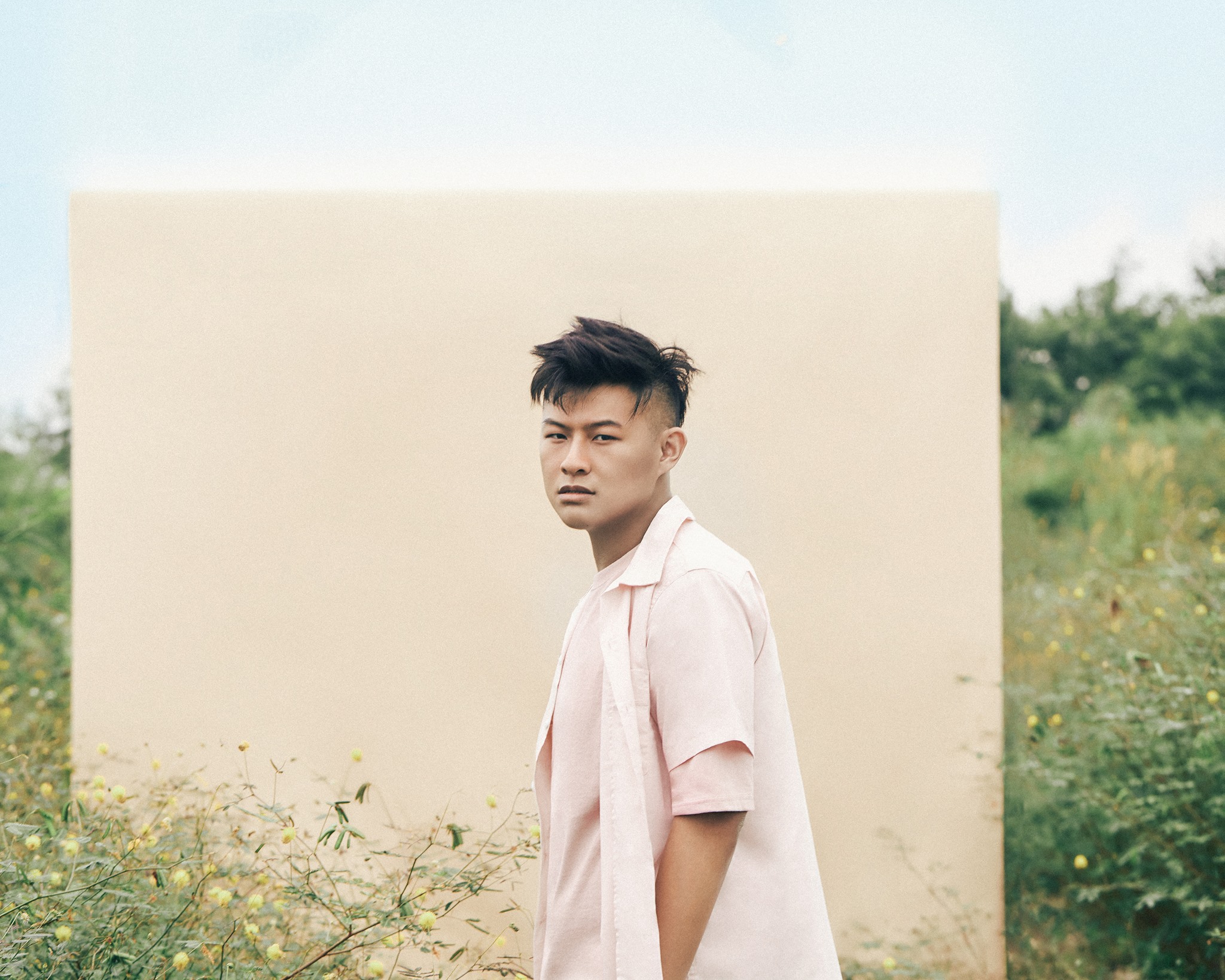 Aspiration: To heal people through music.

Something interesting about you not many people know about: I am generally an introvert who prefers time spent with one other person as opposed to a larger group of people. 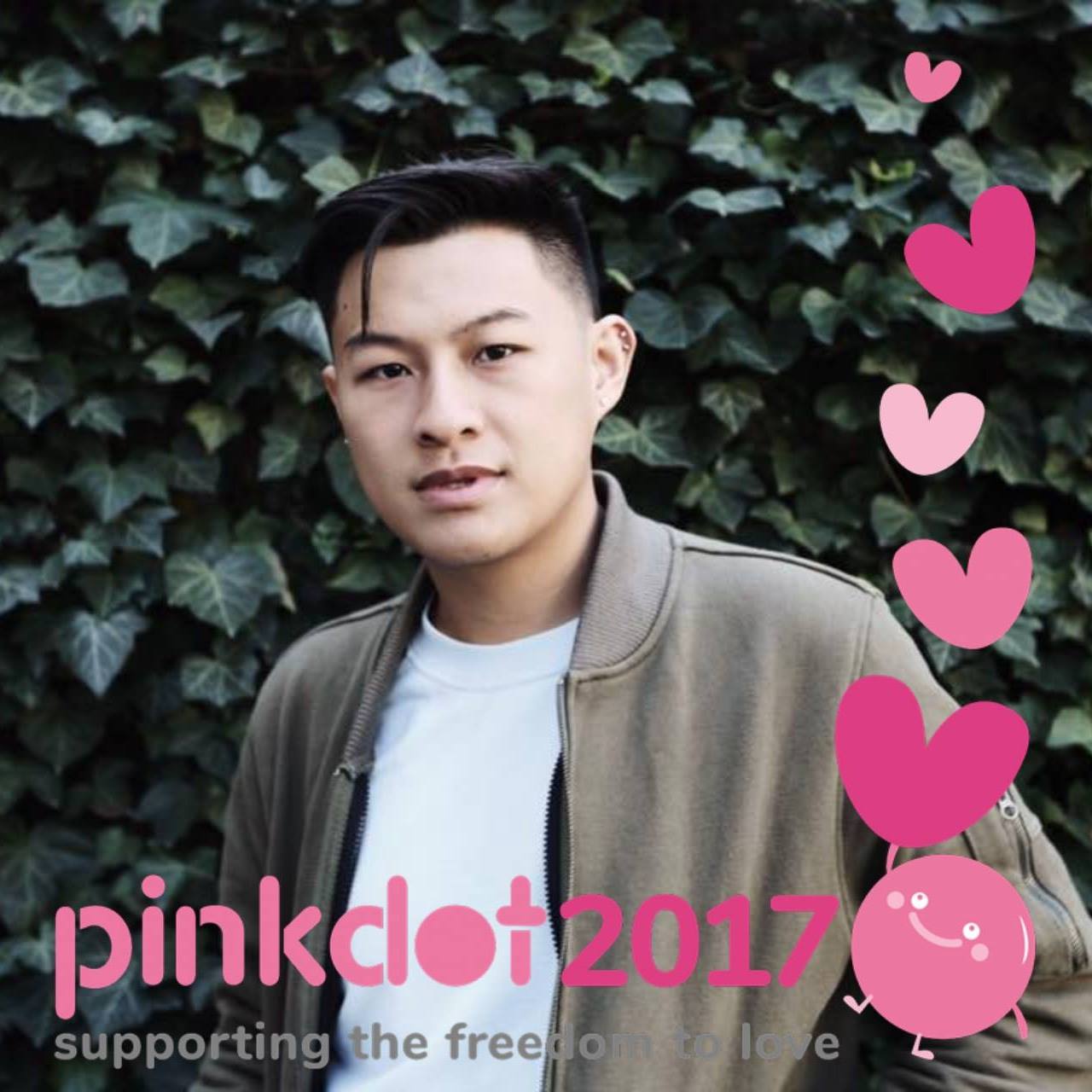 I first came out to my two best friends when I was 15. They consoled me with words of encouragement and comfort, and then I barely talked about my sexuality soon after that.

Only when I was 17, during my senior year, I came out to everyone else around me on Facebook.

My dad responded with curiosity whilst my mother responded with the typical traditional asian mum angst. I just sent a bunch of youtube links to my dad to go and study, and then explained better what bisexuality meant, and what it meant to me.

For my mum, it took a lot of conversations where I tried to normalise and mix in the discussion of cute guys whenever we talked about my future partners or any possible love candidates – both my parents even met my ex-boyfriend in 2015, and I think it went pretty well haha.

Honestly, my parents have been amazing in the way that they learnt to love what they didn’t understand and more importantly to love every aspect of their children.

3. Generally, how has the response been like from both the straight and LGBTQ communities when you come out to them as bisexual?

I feel like situations would be so much easier explained if I was just completely gay.

It’s always ‘so if you date a girl, are you straight now?’ or ‘so you’re with a guy now, so you’ve been gay the whole time?’.

I think the beauty of sexuality is that it all lies on a spectrum, and the less you identify with a specific label, the more time you give to yourself to learn the intricacies of your own being.

4. What do you have to say to those who tell you that your bisexuality is ‘just a phase’ and that you are actually gay?

How do you educate ignorance?? People have to be willing to listen in order for them to learn.

5. As an openly out entertainer, do you ever worry that your sexuality will negatively affect your career in showbiz?

Since I came into the music scene back in 2015, I was already pretty open about my sexuality and so if there were any loss opportunities, I wouldn’t know because I guess they just wouldn’t approach me in the first place.

I care less about how my sexuality may negatively impact my own career because the importance of being ‘ok’ with myself means so much more to me than to stay closeted and hide half of myself away from the world in exchange for a possibly ‘better’ music career.

6. What do you think is the biggest misconception that people have about the bisexual community?

That we sleep around, and that we are not monogamous.

I know plenty of bisexuals who are in stable committed relationships with either gender, and I personally only get into monogamous relationships.

7. What advice do you have for bisexual people still hiding in the closet?

Take your time and only when you feel safe and ready, take the leap and let go of all your insecurities – come out to one person, and the snowball grows from there.

Be unapologetically you, and the right people will naturally surround you. One day you may even find your soulmate. 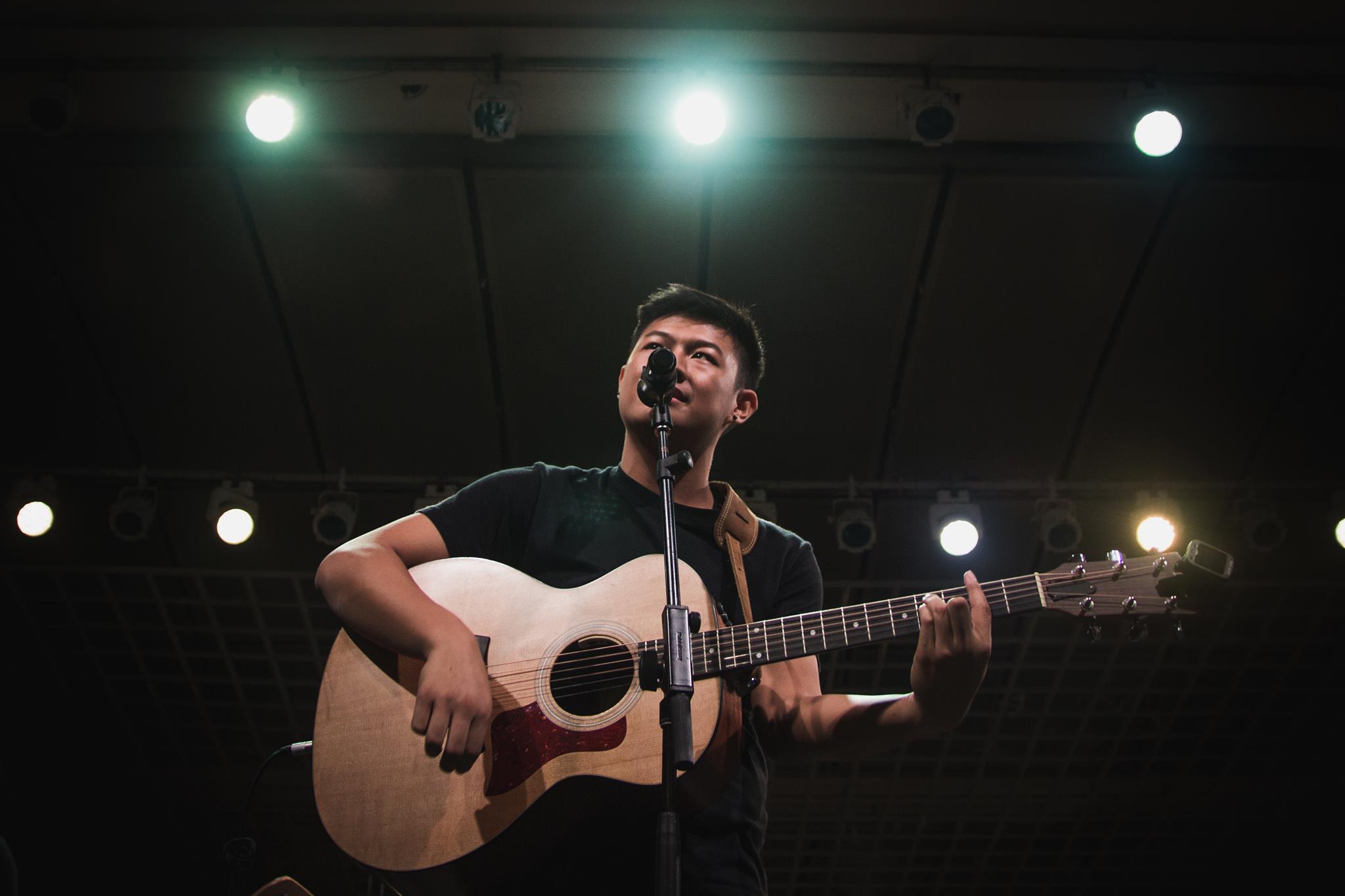 Once again, Dear Straight People would like to thank Lewis Loh for sharing his story with us.

If you see value in the work that Dear Straight People have been doing, join us on Patreon to gain access to patron-only content, behind the scene access, discounts and many other rewards: bit.ly/PatreonDSP