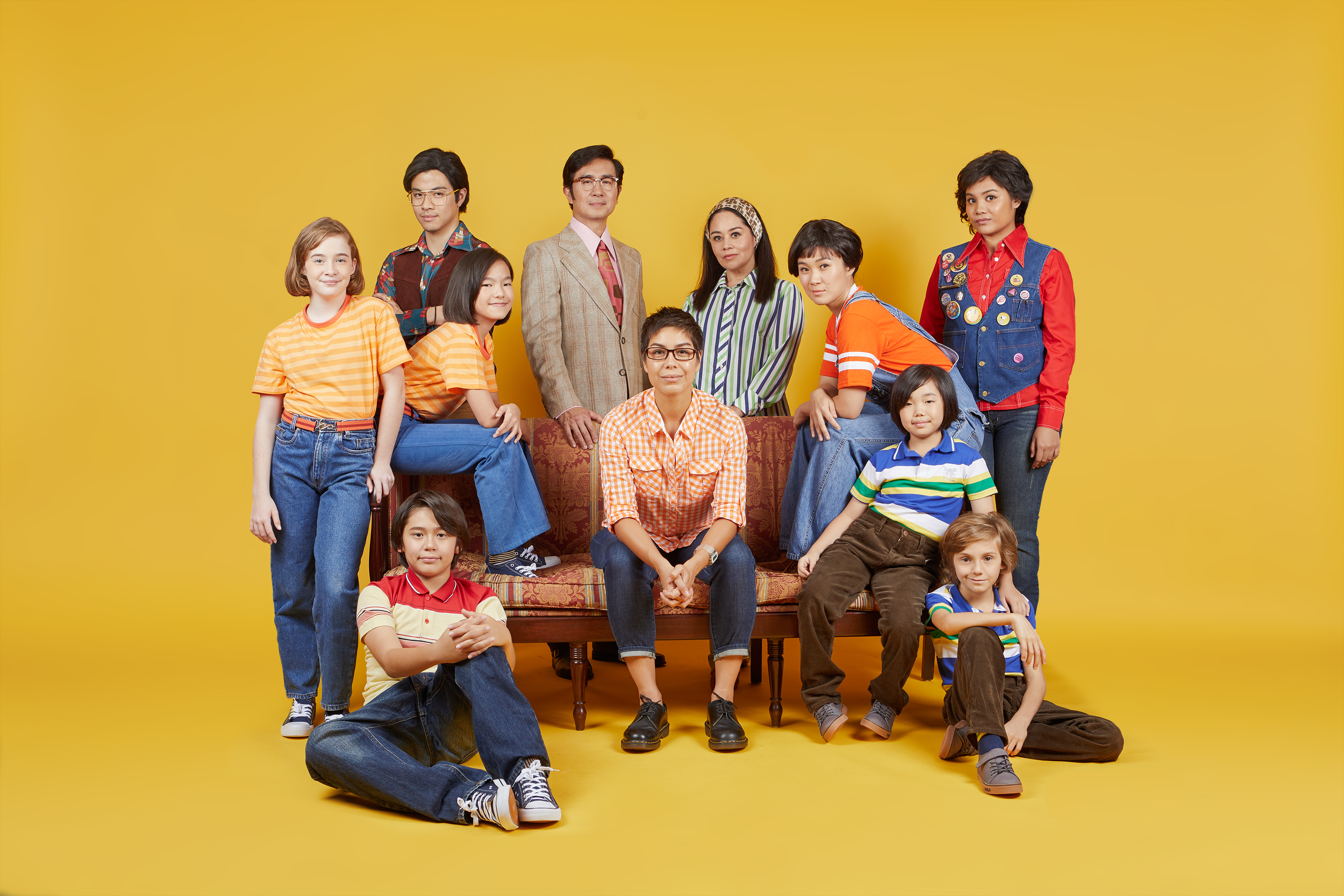 Winner of 5 Tony Awards, Adrian Pang, Benjamin Kheng and Monique Wilson share with us what it’s like starring in the groundbreaking LGBT musical packed with drama and comedy about a young woman’s journey of self-discovery.

Pangdemonium is back with another LGBT production and you just might score yourself a pair of FREE Cat 1 tickets worth $170 if you read till the end!

Winner of 5 Tony Awards, ‘Fun Home’ tells a powerful tale of self-discovery centering around a female protagonist’s determination to connect with her volatile, brilliant father whose temperament and secrets have defined her family and her life. Adapted from Alison Bechdel’s best-selling autobiographical graphic memoir, ‘Fun Home’ promises an enlightening experience packed with drama and comedy. As Pangdemonium co-founder Adrian Pang puts it:

This story of one woman’s coming out is one that will touch many people in many different ways… It’s a “coming out” story in more ways than one.

A groundbreaking musical that has already cleaned up award shows overseas, the Singapore staging of ‘Fun Home’ will be helmed by Best Director winner Tracie Pang. Featuring a star-studded cast, we speak to some of the cast members to gain an insight into what to expect from Pangdemonium’s latest production. 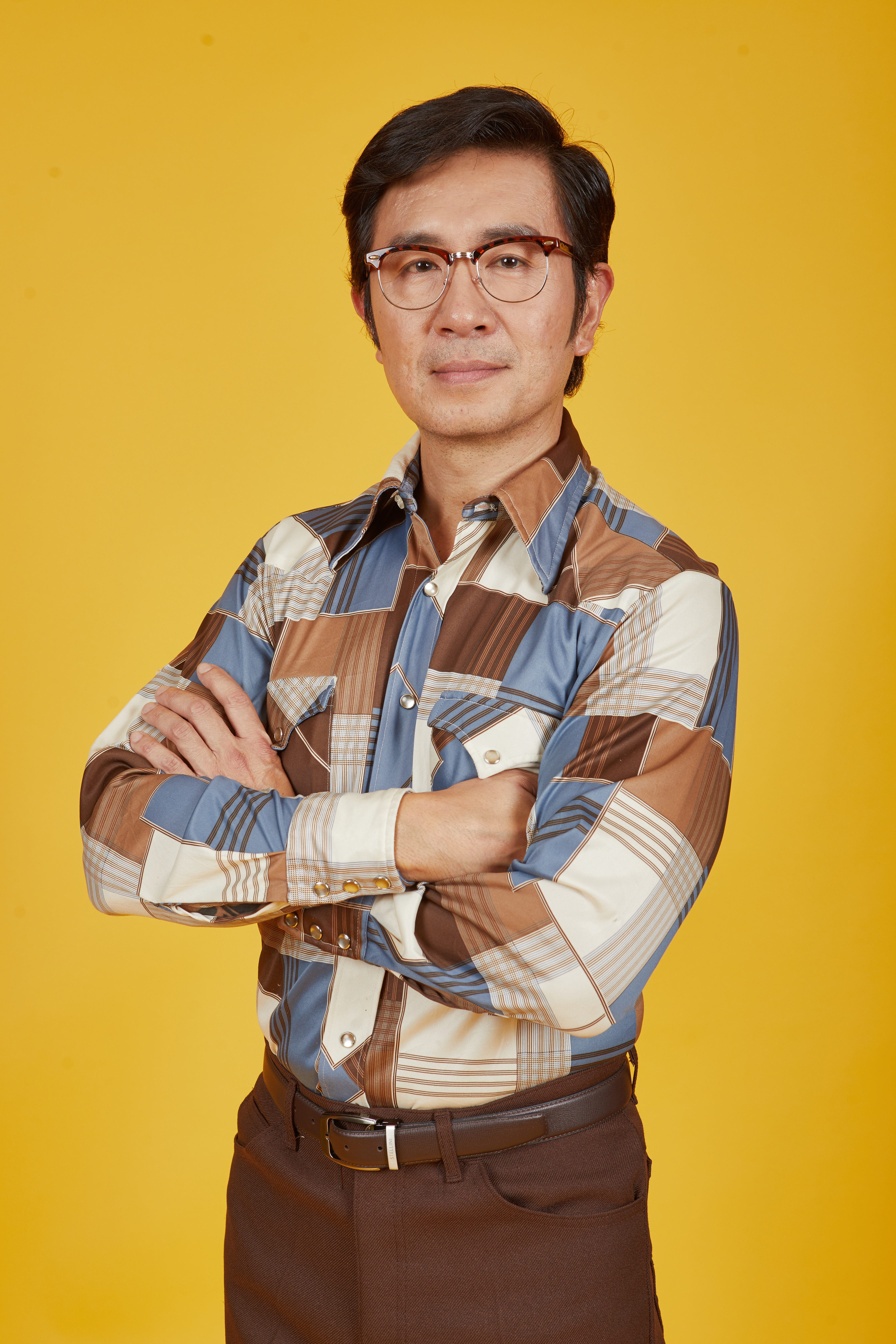 Veteran actor Adrian Pang plays the enigmatic father of Alison, a high-school English teacher and funeral home director. He is a complex character who is quick to anger after having to deal with years of repression.

1. What made you decide to bring ‘FUN HOME’ to Singapore?

We were intrigued by the idea of this true story of one woman looking back on her childhood and youth, and recalling life-changing moments and realising they were life-changing only in hindsight.

Alison Bechdel’s acclaimed graphic memoir of the same name is (by the author’s own admission) written in quite a cold, dispassionate way, so for her story to have been adapted into a musical that is at once joyful, poignant, shocking, and heart-wrenching, it’s pretty miraculous. When we heard the sublimely beautiful music and read the powerful script, we were immediately captivated by it, and we knew that this is a story that needs to be told here, and we fought for the right for Pangdemonium to be the one to tell it.

2. What attracted you to the role of Bruce Bechdel and how did you get into character?

Bruce Bechdel is very much shrouded in mystery because he lived this life with a veneer of the perfect husband and father, but underneath this facade he was leading a double life, having affairs with young men.

It seems that he would not even admit to himself that he was gay, because growing up in 1950s and 60s in small town America, it was virtually unheard of to “come out“. So he led a life of self-suppression and self-delusion, and all his pent up yearnings manifested themselves in, at best, passive-aggressive interactions with his family, and at worst, violent and abusive outbursts of rage.

This kind of conflicted, contradictory character is extremely challenging and intriguing for any actor to explore and tackle, so it’s a unique privilege for me to be able to try to get into his head and under his skin. Alison Bechdel’s memoir provides very useful clues as to his behaviour, and her analysis of his repressed and tormented psyche has proven very insightful. But I’ve also been reading many “coming out” stories and interviewing people who have shared their own experiences and imbued my characterisation of Bruce Bechdel with these true-life elements.

Being slightly screwed-up myself also helps!

3. What was the best and toughest part about playing Bruce Bechdel?

What has been quite interesting is that, as a father of two teenage boys, now playing a father of a young girl has made some extra latent extra-protective fatherly instincts kick in.

I feel very tenderly towards the two young actresses (Chloe Choo age 11; Elly Gaskell, age 13) alternating in the role of Small Alison. But at the same time, as Bruce, I have to adopt this stand-offish and hot-and-cold dynamic with her, which secretly breaks my heart. But I have to say that watching these young ladies portray the innocence, the wonder, and the sense of promise of a young life, gives me great joy as their “surrogate dad”.

It’s all round a very emotional story set to some of the most gorgeous music I’ve had the privilege to share in, and I love the journey it takes me (and everyone) on.

4. Seeing as you are playing a heavily repressed character, what is something about you that you’ve had to repress?

I could tell you, but I’d have to kill you…

5. What do you hope audiences take away from watching ‘FUN HOME’?

I do believe that Fun Home will resonate with everyone in many different meaningful ways.

For me, the idea of realising that your family (like it or not) has an indelible influence on the person you grow up to be, and will continue to grow into – that’s huge. And along with it, how vital it is to embrace that fact, and at the same time, have the wherewithal and courage to take ownership of who you are, free yourself from the shadow and shackles of the past, and take flight. 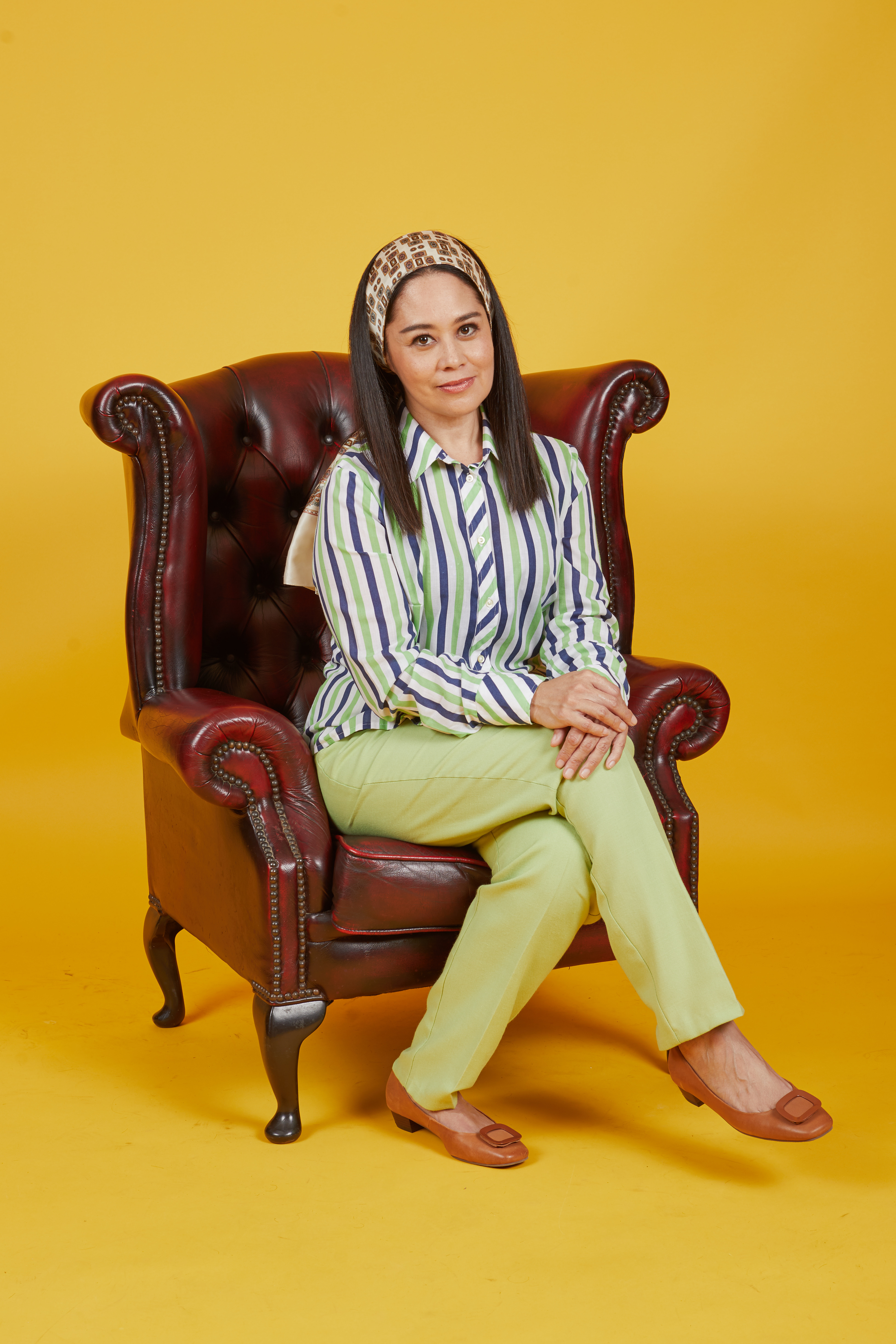 Openly queer Filipina actress and activist Monique Wilson plays the mother of Alison – Helen Bechdel. Frustrated with her ‘brokeback marriage’, her character has had to turn a blind eye to the many illicit affairs of her husband played by Adrian Pang.

1. What attracted you to the role of Helen Bechdel and how did you get into character?

“Fun Home” is written by women, about a lesbian woman – so its pretty rare you find something unique like this.

As women artists, I feel like we have to champion works written about women, about issues that affect their lives and are not always given public space and attention and focus in the arts.

The first thing to do with any character, is to do research – on the time, the context of the show, the era. And in this case, as it is a memoir – Reading the graphic novels was the first step. Then once you have that, you can create the character you’re playing in terms of her background, her characteristics, her past and present circumstances, her inner and outer obstacles, her wants and desires. Then begin to do the painstaking work, once you have created her, to dig deep into your own life and story, and personalise and find the emotional triggers, so that you have a truthful way into the character.

2. What was the best and toughest part about playing Helen Bechdel?

The toughest part about playing Helen is going into a dark and painful space – of being an emotionally and psychologically abused wife – and the rejection from her husband which made Helen quite emotionally withheld – and going through her own turmoil and conflict surrounding the shambolic marriage they had that was rooted in lies and deceit.

The best part about playing Helen is towards the end of the show, when Helen sings to her teenage daughter – that despite her own life that shattered through all these years, she finds the courage and strength to insist to her daughter – not to follow the same path she took. She is determined and insistent that her daughter live a much better, much more open and free life – where she won’t be a victim of her circumstance.

3. How was it like working with Adrian for the first time?

It’s been wonderful working with Adrian. He is so giving and generous as an artist – and so truthful, that even if most of our scenes are painful and  are full of fights and tension – its amazing to play off another artist who delves deep into authenticity and vulnerability – and meets you there.

4. Seeing as this production revolves heavily around the theme of coming out, how was your own coming out experience like?

My coming out story is not as straightforward! That might be another article as its quite long! haha!

But let’s just say that growing up in the theatre in the Philippines –  there was more freedom in the space to express and to have an in built support system from open minded artists. My sexuality and coming out was not embraced as immediately for some members of my family, but I generally had a lot more freedom than most to be who I am.

5. Why should people watch ‘FUN HOME’?

Fun Home is about family and relationships. It is about love and sexuality and how we cannot repress our most primal life force. It cannot be caged. 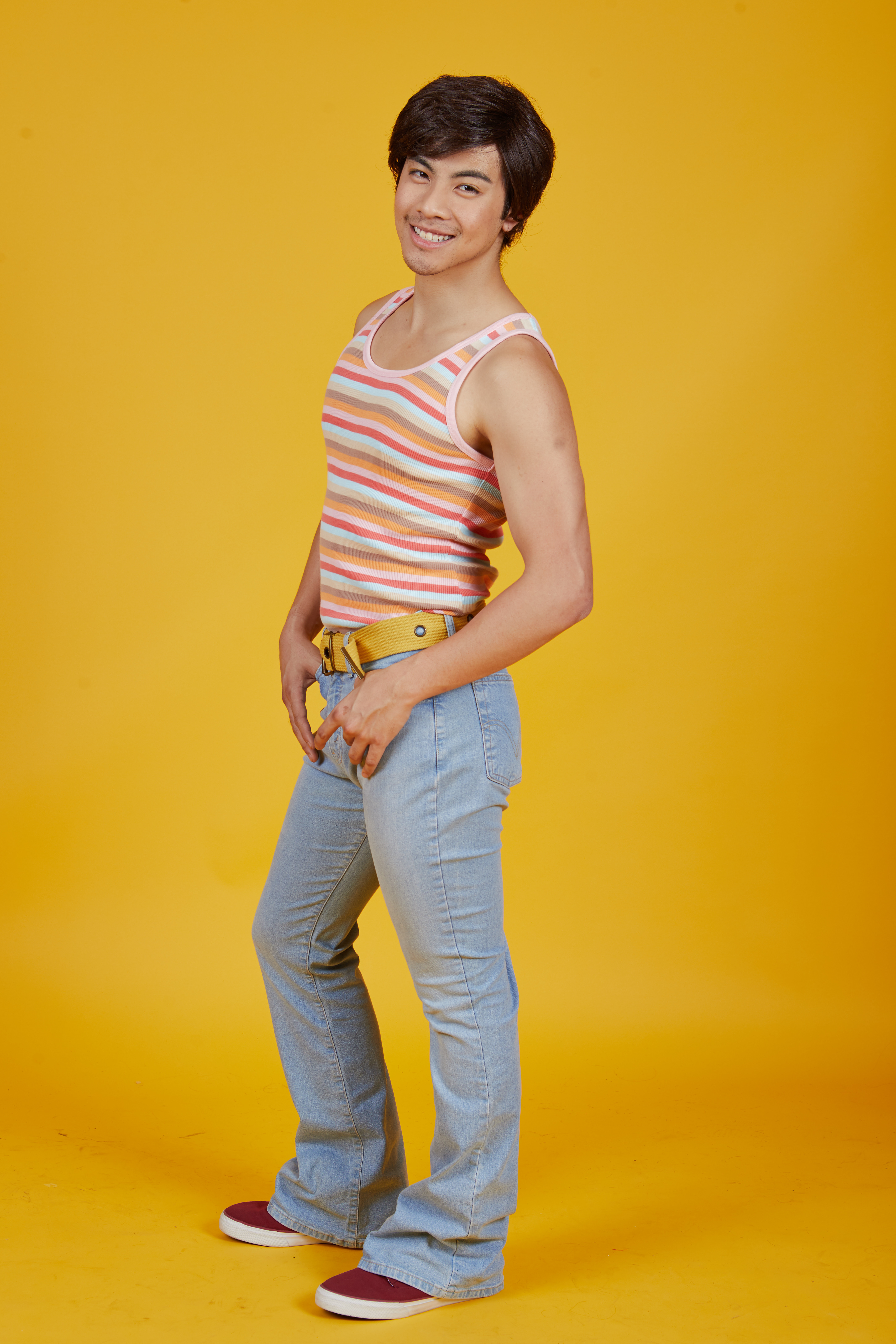 Playing 4 different characters, get ready to see Ben as Roy, a young man Bruce hires to do yard work; Pete, a mourner who visits the funeral home; Mark, a high school junior; and Bobby Jeremy, the lead singer of a band in Alison’s imagination.

1. What made you decide to join the cast of FUN HOME and how has the experience been like?

It’s the most beautiful (true) story. Heartbreaking and hilarious, sweeping and subtle, everything in between. Plus I get to hear Nikki Muller sing everyday. How to say no?

2. Seeing as you are playing a few different characters, which character was your favourite to play and which one was the toughest?

My favourite character is Bobby Jeremy, this Partridge-Family-meets-Corny Collins TV personality that interjects at the most dysfunctional moment of the family. It’s a surrealistic bit and so fun. He’s also the toughest – lots of choreo and music notes that are just a bit out of reach. But I’m relishing the challenge.

3. Given that this is the first time you’re involved in a LGBT production; do you worry about the potential implications it might have on your career in showbiz?

We’re telling an amazing story here that people need to hear and see. And if you’re a conservative, come and watch please. We want to open discussions anyway.

As dysfunctional as any other. We hardly get dinner together anymore because everyone exists in different time zones. There’s politics and all that. But we love each other, and that’s how we get by. That’s all it ever was about anyway!

5. If you get the chance to work with Pangdemonium again, what role do you hope they will cast you in next?

I’d be happy being a tree. I just want to be a part of their process. 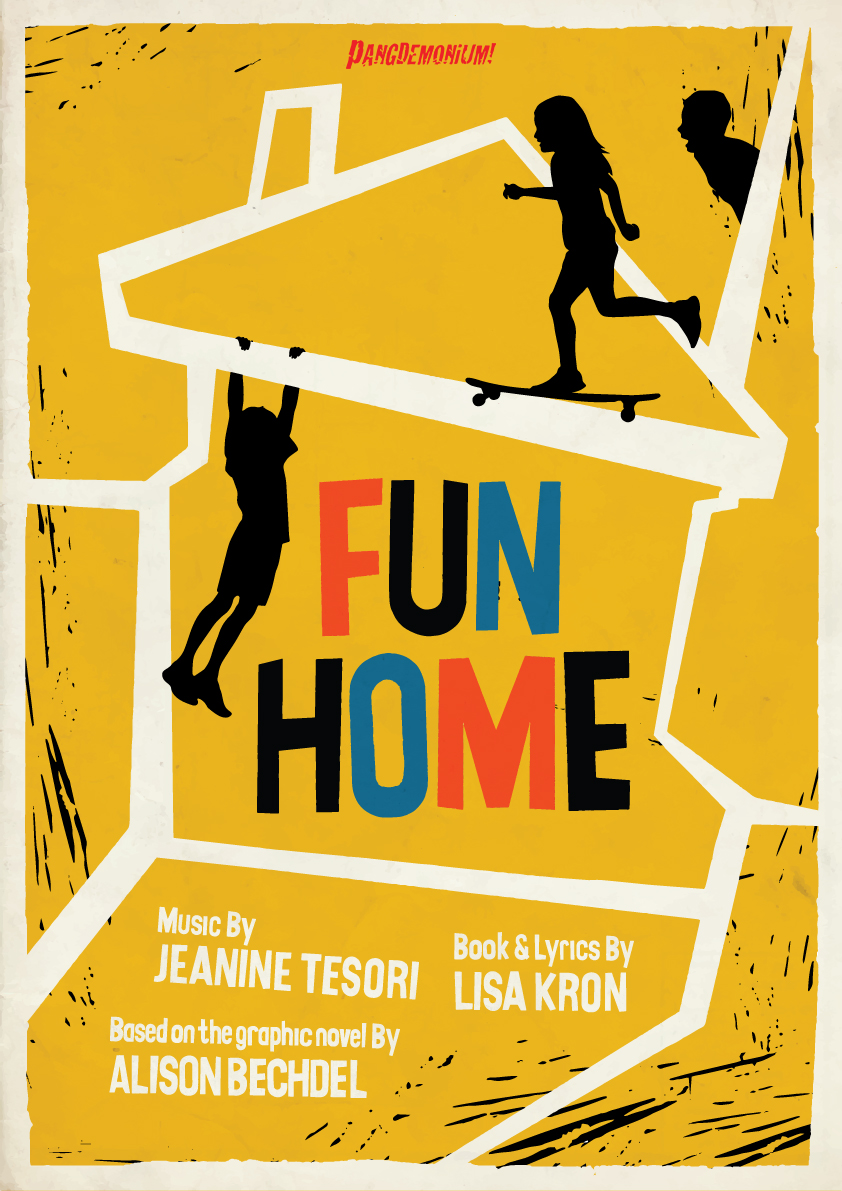 Pangdemonium has very generously agreed to give away two Cat 1 tickets worth $170 so head on over to Dear Straight People’s Facebook page to find out how to win!

Contest ends on Friday, 29th September. The show time for the giveaway prize will be for 1st October 2017, Sunday, 3pm. 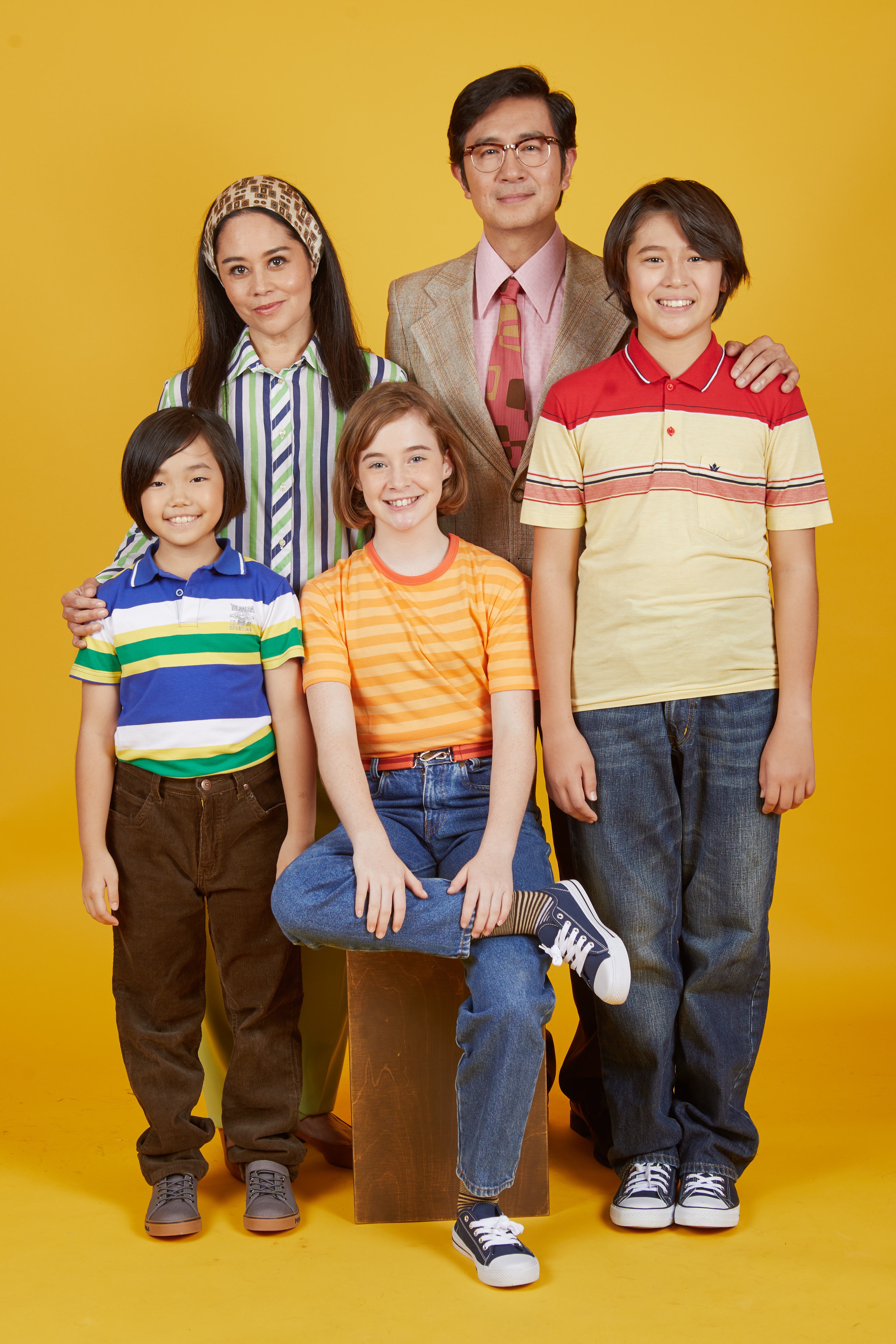