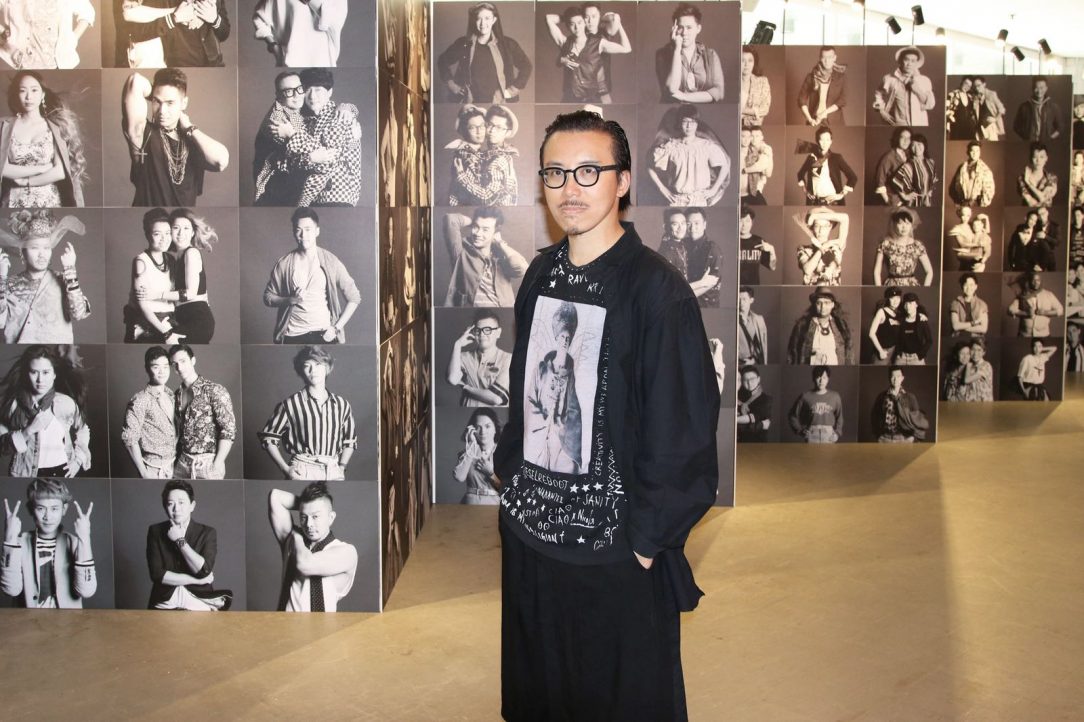 Out Of The Closet: Leslie Kee Shares His Story

If I had to sum up the next feature of the Out Of The Closet series in just one word, it would have to be ‘dreamer’.

For a country that prizes pragmatism over passion, it’s rare to find idealists from Singapore. But that’s exactly what my next interviewee is. The man may be almost half a century old. But there’s a childlike innocence to his ideals.

For example, when I ask him whether he thinks Singapore will one day legalise same-sex marriage, he looks at me like I’m crazy and boldly exclaims:

Of course! Are you kidding? 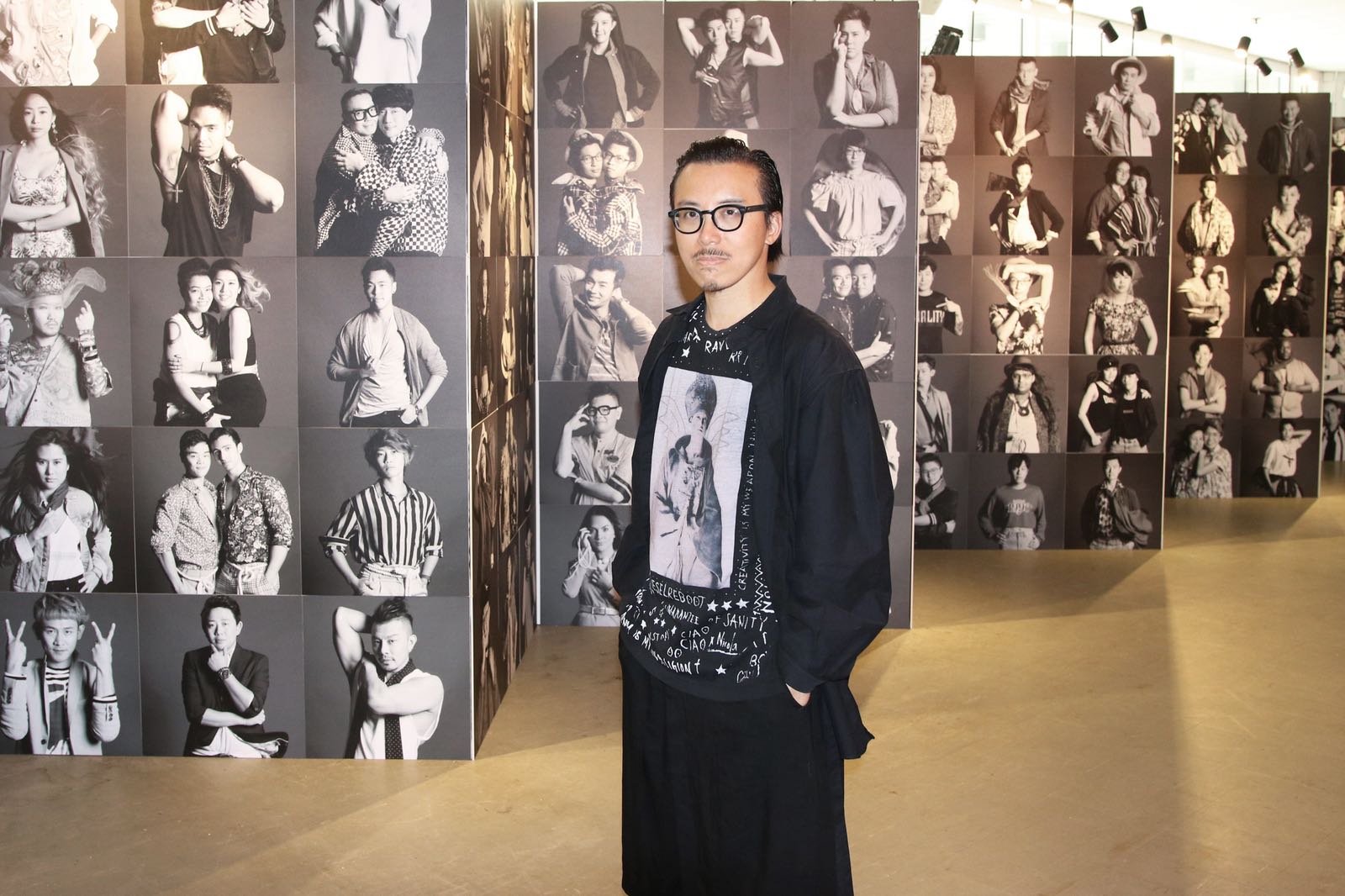 His name may not ring much of a bell in his home country. But Leslie Kee is a prominent figure in the entertainment world.

This is a man who comes from a world of glitz and glamour. Commanding daily fees of up to $40,000, Leslie has shot the likes of Madonna, Beyonce and Big Bang among many other top stars. He has even been appointed as the official photographer for the Tokyo 2020 Olympics Paralympics

Back in town for only four days, Leslie is in the midst of preparing for the launch of ‘Out In Singapore‘ as we speak. Shot over two days, his passion project aims to shine the spotlight on the local LGBTQ community by featuring 150 openly queer subjects in a photo gallery.

This is one of the most meaningful projects I’ve done in my life.

Looking at these pictures, I hope it makes people want to meet these subjects. LGBTQ people deserve the spotlight too.

As I listen to him speak animatedly about his ambitions for ‘Out In Singapore’, I find his blinding optimism even more remarkable considering his family background. Born into a broken family, Leslie grew up without a father. His mother was a bar hostess who had two children out of wedlock with two different men.

His formative years were spent in a dreary one-room rental flat in Tiong Bahru. At the tender age of 13, Leslie lost his mother to cancer. Four years later, his grandmother, who was his primary caregiver, passed away. Leslie and his sister then moved to live with one of his aunts.

After turning 21, Leslie packed up his bags and left for Tokyo. There, he struggled for a few years, taking on a slew of odd jobs ranging from working as a dishwasher to being a tout in an effort to save up for photography school. After graduating from Tokyo’s Visual Art School with a diploma in photography, Leslie struggled to find work.

Considering the cards that life dealt him with, Leslie could have easily morphed into a bitter cynic. Instead, he went the opposite way.

I’m always thankful to my aunt and uncle who raised me even though I didn’t come from a proper family.

Wanting to express that gratefulness makes me want to run faster than anybody. 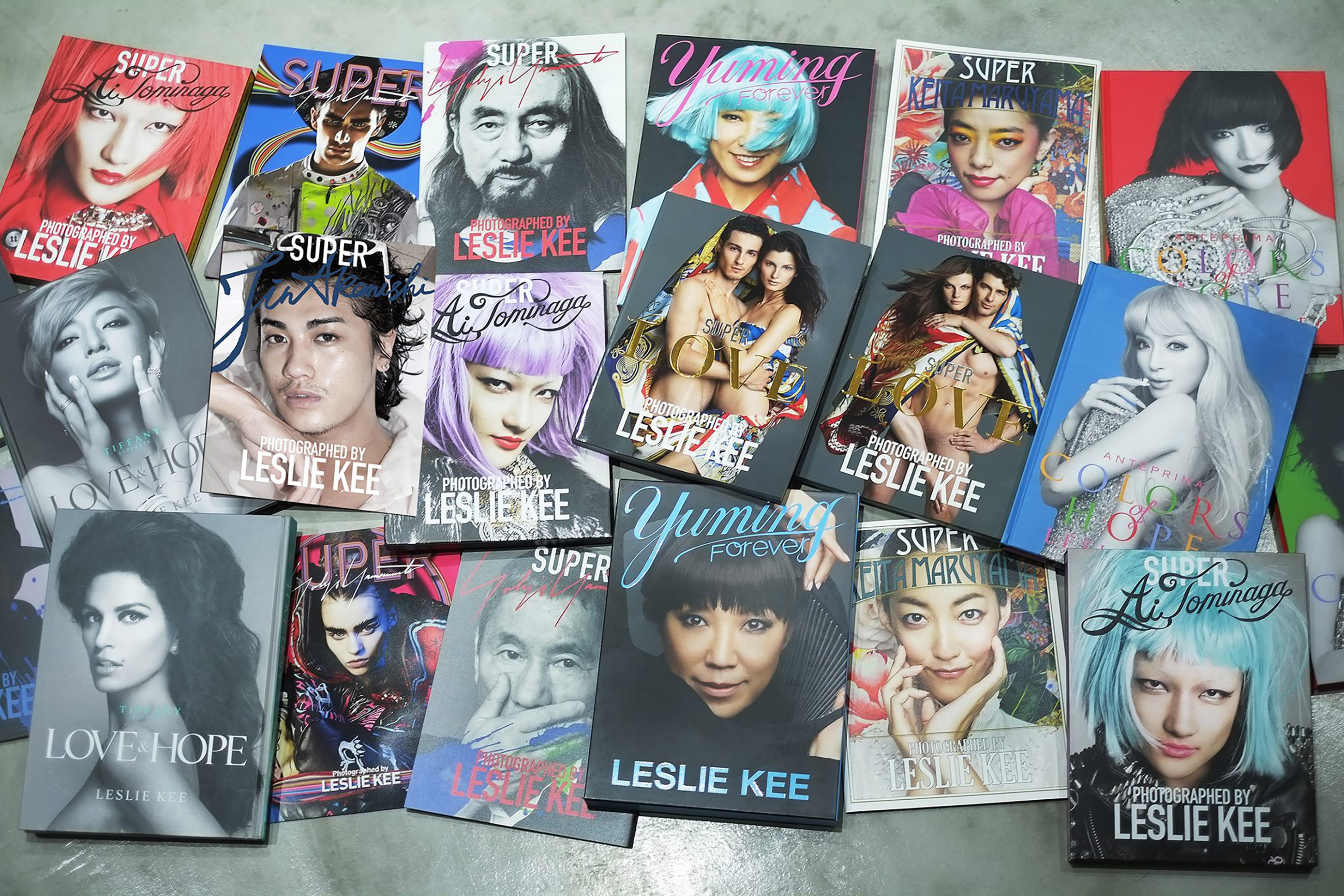 Eventually, his never-say-die attitude paid off.

Leslie got his big break when he was given the opportunity to shoot Japanese-Taiwanese actor Takeshi Kaneshiro for a 10-page magazine spread. His work caught the attention of Vogue Taiwan, which subsequently engaged him to shoot fashion spreads.

As his career prospered, his relationship with his Japanese wife suffered. After divorcing his wife, Leslie moved to New York. It was in the Big Apple that a then 30-year old Leslie found his sexuality being awakened. 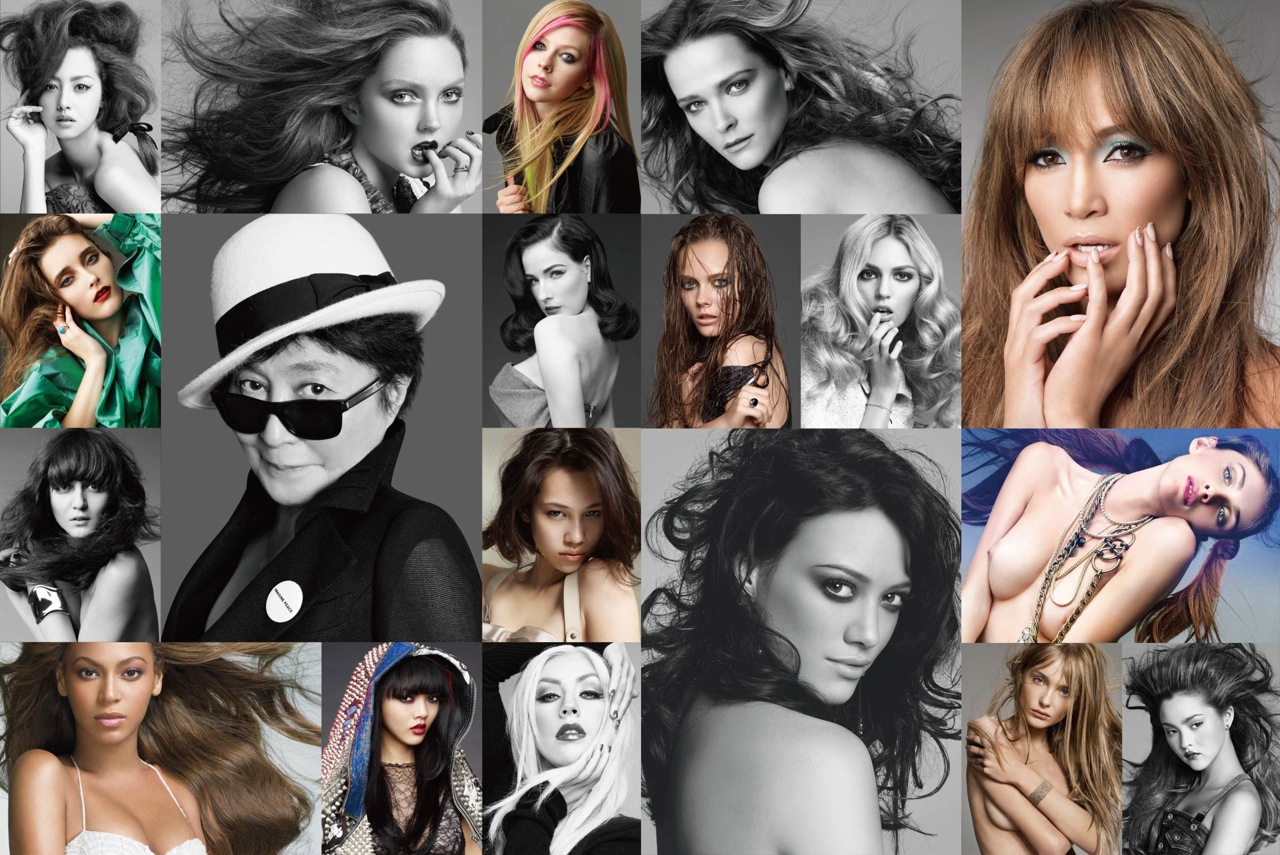 Before moving to the United States, Leslie has never met an openly queer person before. But during his time in the Big Apple, he came into contact with many members of the LGBTQ community.

I realised I was so ignorant for 30 years living in Asia. Before that, the world always told me that a man should marry a woman.

With his newfound revelation, Leslie began to explore his sexuality.

I had sex with men and women of all races.

I would say that I like human beings. If a person is charming, it doesn’t stop me from loving the person regardless of their gender.

In 2003, he was introduced to his current partner through a mutual friend. Together for the past 15 years, the couple currently reside together in a luxury mansion in Tokyo. But while Leslie was able to live his life freely and honestly, he was aware that many others in Asia weren’t as fortunate.

Spurred by a need to do something for the queer community, Leslie started ‘Out In Japan’. For the past 2.5 years, Leslie would shoot 100 queer Japanese subjects a day every two months. He aims to eventually shoot 10,000 LGBTQ people in Japan by 2020. 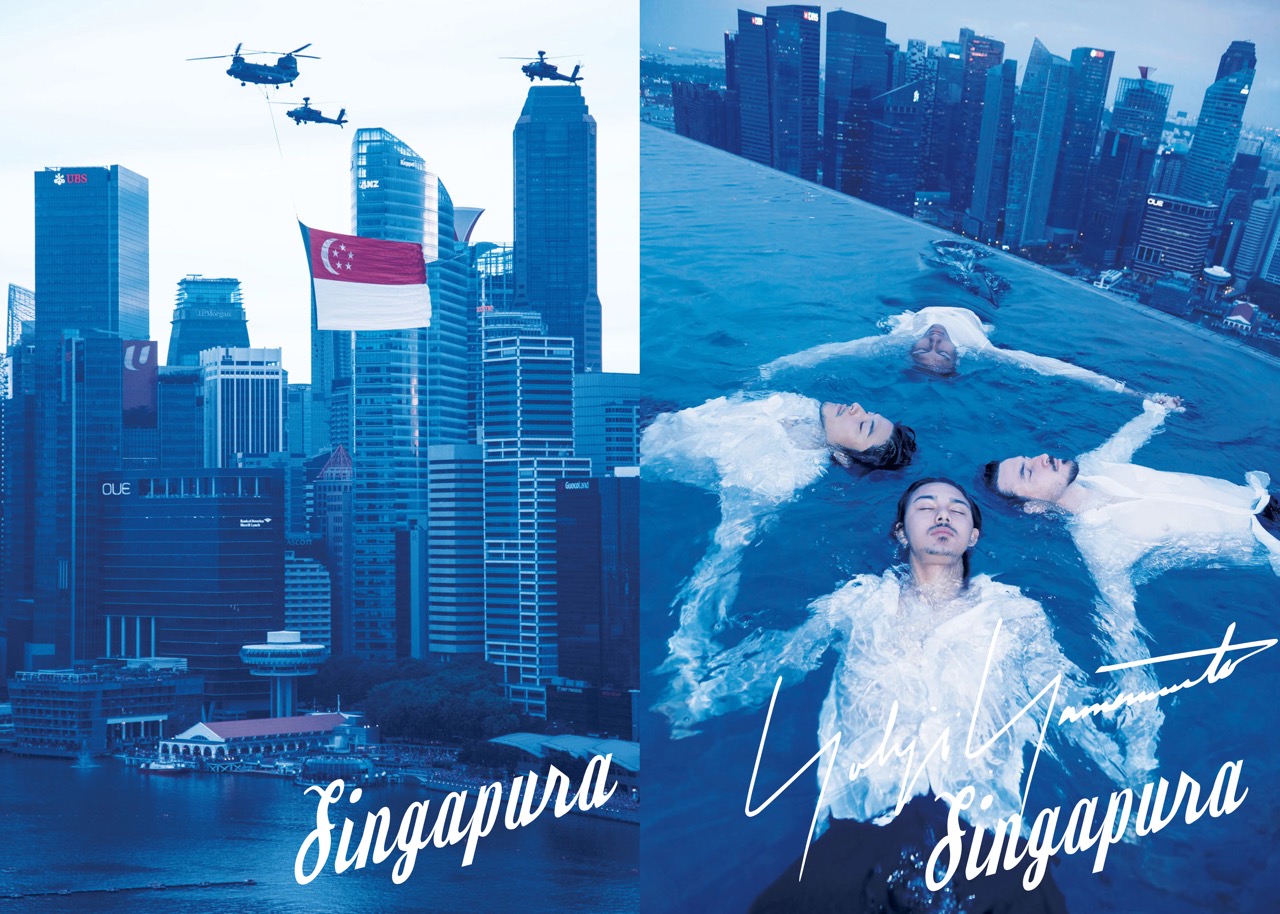 It was late last year during a chance meeting with a Pink Dot committee member that sparked the decision to bring Leslie’s ‘Out In Asia’ series to Singapore.

After working with Nathan Hartono on his music video, Leslie learnt about Nathan’s role as a Pink Dot ambassador and was inspired to get involved with Pink Dot. Nathan subsequently introduced him to Alan Seah, a co-organiser of Pink Dot, during the Singapore Film Festival. That meeting was what sparked the birth of ‘Out In Singapore’.

For over a month, a group of volunteers worked tirelessly alongside Leslie to bring ‘Out In Singapore’ to life. In just two days, Leslie shot 150 queer subjects from all walks of life.

I feel like a little boy, being back again and getting to meet all these great people. I feel like I’m home.

And when I ask him who is the most memorable subject he shot from the ‘Out In Singapore’ project, he ponders for a moment before pointing at the portrait of Duncan and Gaurang.

This Indian couple have been together for over 20 years!

In 1992, they bought a gay magazine which required a password because homosexuality wasn’t allowed in India back then. So they advertised on this magazine stating that they were looking for a partner and that is how they met one another. 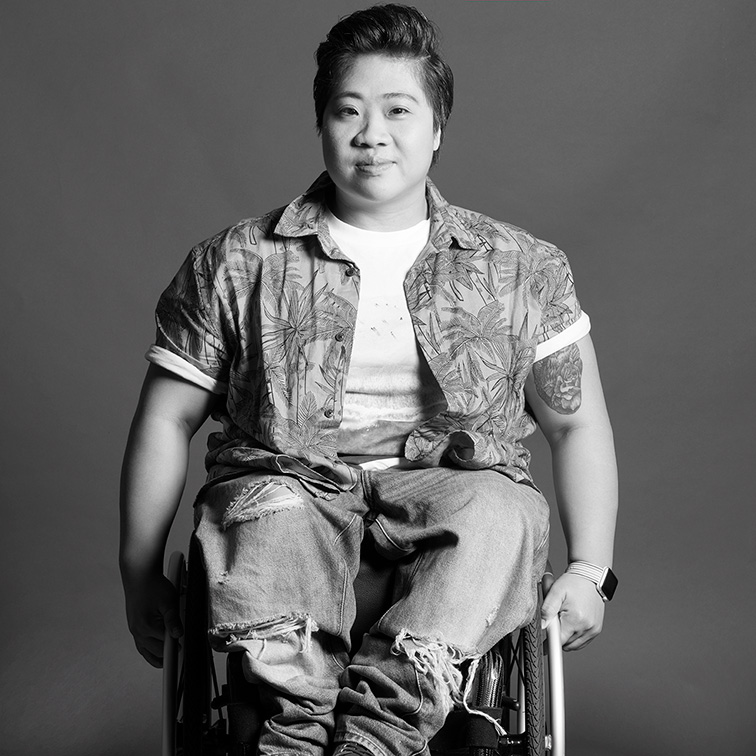 Another notable subject is Theresa Goh, a national Paralympian and Pink Dot ambassador.  Coincidentally, Theresa was the 50th feature of the Out Of The Closet series.

As Leslie shows me around the gallery, he suddenly turns to me and asks whether I think the portraits turned out well. I nod in approval, finding it amusing that a man of his calibre is seeking validation from a nobody like me.

But that’s the thing about Leslie. In some ways, he’s like a man-child. And perhaps it’s this quality of him that explains why he’s still brimming with so much positivity. When I ask him what his ultimate aspiration for ‘Out In Singapore’ is, he exclaims proudly:

When I shoot 1,000 people for ‘Out In Singapore’, I would like to hold an exhibition at the National Gallery.

Some people might scoff at his wide-eyed idealism. But I personally find it inspiring. And I think we can all learn a lesson or two from a dreamer like Leslie. 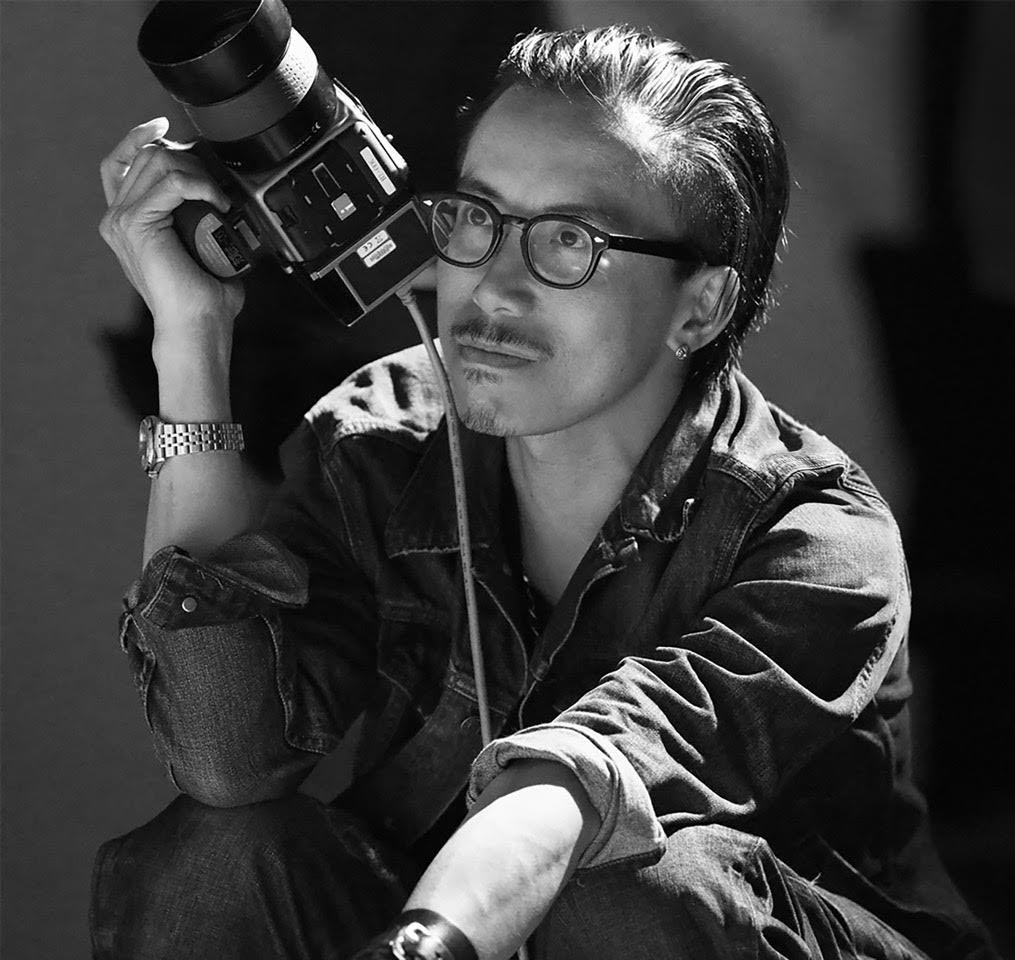 I have met many members of the LGBTQ community who don’t have high hopes for the future of the queer community in Singapore. So perhaps it’s timely that Leslie decided to launch ‘Out In Singapore’ at this time.

Cynics need only look at his success story to realise that sometimes, dreams do come true. After all, a younger Leslie would never have imagined himself to one day, reside in a luxury mansion in Tokyo with his partner of 15 years and rub shoulders with some of the biggest names in the world. He has even been invited to share his inspirational story on TEDx.

I took 20 years to become the photographer that I am today. I’ve been very lucky that the people that I’ve met believed in my ideas.

I hope that whoever who helped me in my career will feel like they helped the right person.

As Pink Dot approaches its 10th anniversary with Section 377A still intact, it can be very easy to grow disillusioned with the state of human rights in our country. But Leslie is a shining example of how it is possible to have a happily ever after if you dream hard enough.

So if Leslie’s dreams could come true, perhaps we can all have our happily ever afters one day too.

After all, even cynics were dreamers once upon a time. 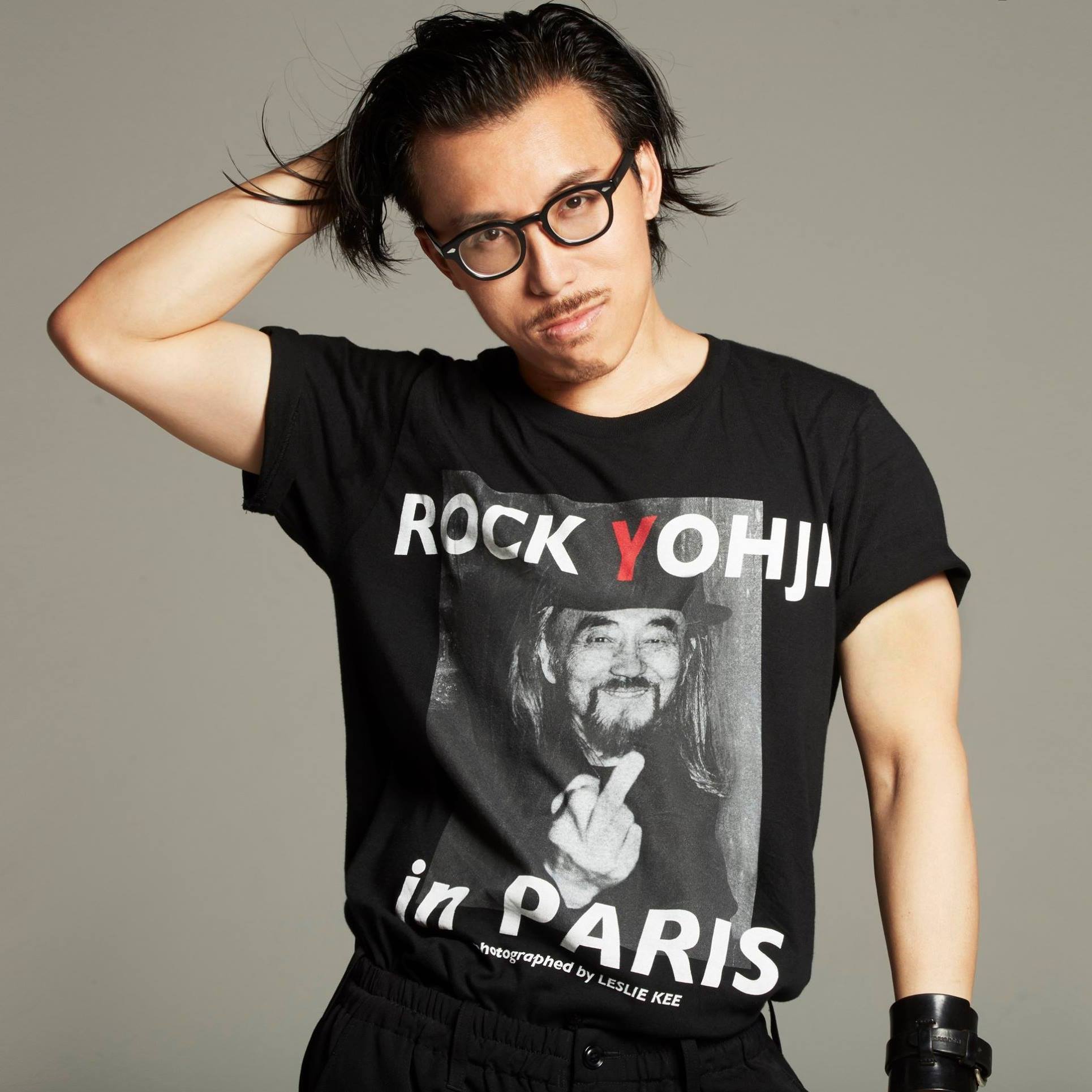 Once again, Dear Straight People would like to thank Leslie Kee for sharing his story with us.

If you would like to keep up to date with how Leslie is doing, you can connect with Leslie on Instagram via @lesliekeesuper and check out some of his work here. You can also find out more about ‘Out In Singapore’ via their website or visit the exhibition from now till 29 July at The Projector.