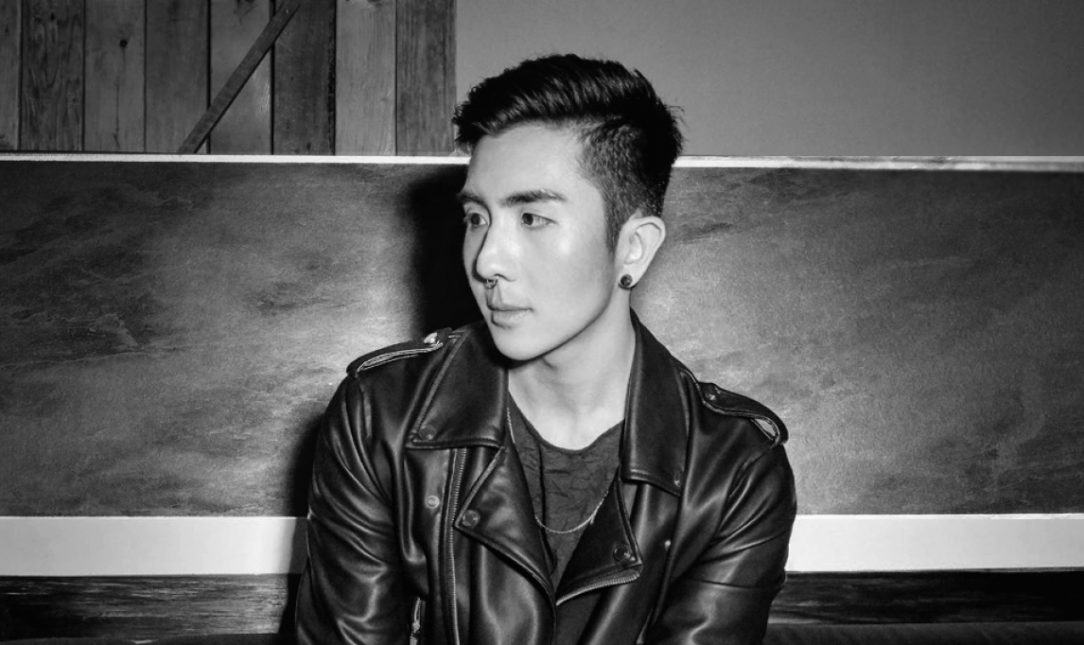 Summerdaze: Meet The Director Behind The Viral Gay Short Film

We catch up with the director behind the viral gay short film; Summerdaze. 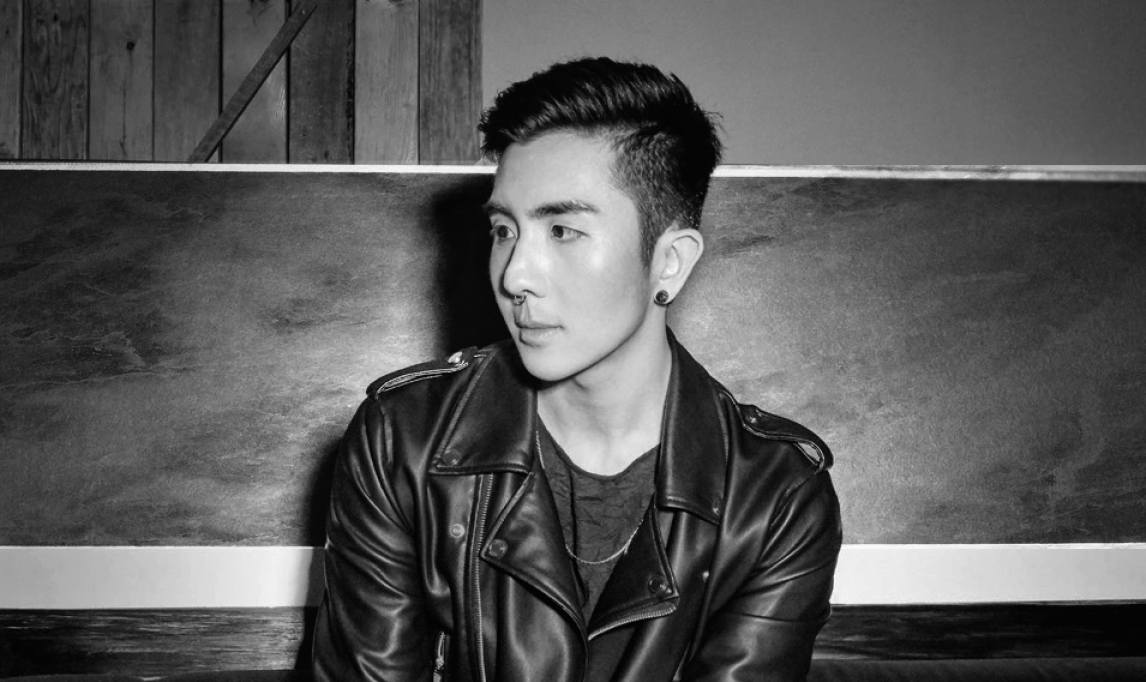 A freelance commercial director who has delivered projects for brands such as McDonalds and Laneige, Summerdaze has been a passion project that Martin has been wanting to bring to life for quite some time. Set against the beautifully scenic Jeju Island, the 3 -minute long short film deals with the age old cliché of falling for your straight best friend.

It was an idea I harboured for a while, the idea of one boy falling for his best friend, but I never really acted on it.

Thankfully, he did. And judging from the overwhelming response to ‘Summerdaze’, it’s safe to say that we are not the only ones who loved his short film. With over 400,000 views on Facebook alone, Summerdaze is a certified viral hit.

We catch up with Martin Hong to find out more about his experience working on this passion project together with The Authority and Telescope Productions. 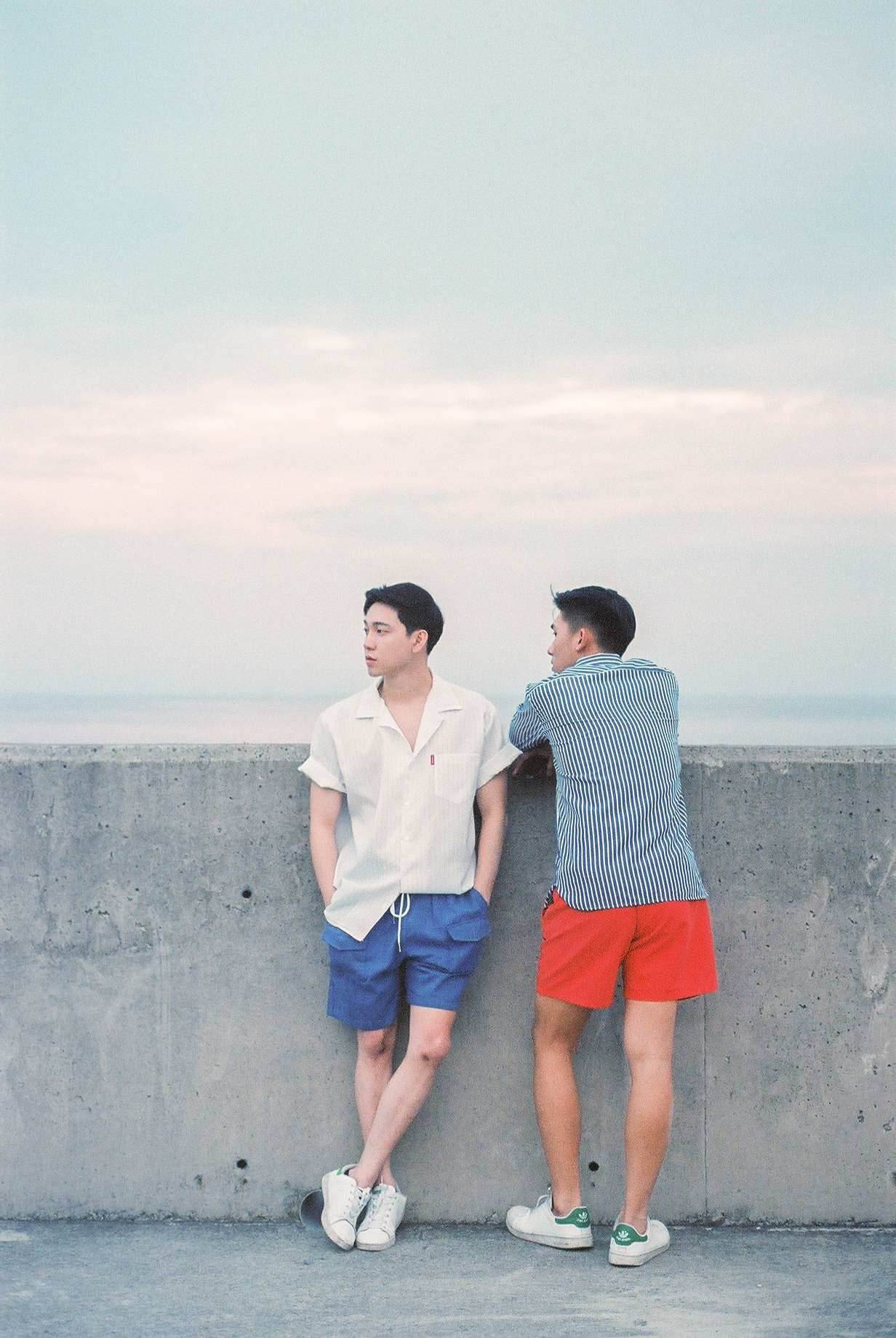 1. Why did you become a filmmaker?

The ability for a film to speak to you so intimately, even though it was done by a complete stranger, that universal empathy of films made me go “I wanna do that too”.

2. How did Summerdaze come about?

One day in between my commercial jobs, I came across The Authority’s collaboration with Pink Dot and thought, this brand was pretty brave to put itself at the forefront of LGBT rights, especially in a place like Singapore. So I thought, why not pitch this idea to them as a fashion film? .

Before I knew it, I met up with Jasper and Minhua and we hit it off straight away. So we spent the next months putting the team and elements of the film together. It also took a while because we all have our day jobs on top of this, but everyone was so passionate in the idea that we really wanted to make it good.

3. Why did you decide to set the film in Jeju island?

So being a fashion film, obviously we had to showcase the spirit of the collection. And one of the things I remembered Jasper telling me about the clothes was the feeling of summer. And to us we all agreed the location of the story would play a huge part in the story, because we wanted to echo the feeling of falling in love with a foreign place with the foreign feeling of falling for someone of the same gender. Like something that was both unfamiliar but beautiful at the same time.

Because of that we knew we had to shoot outside of Singapore. But it also didn’t feel like it was a European kind of summer, but something more Asian, so when we came across Jeju Island, we were like “That’s it!”.

Funnily enough, Jeju island was also used to shoot alot of Korean dramas. It’s almost like an Asian version of Paris haha. There’s an associated romanticism about the place that we thought would be interesting to ride on, but with the subversion of a queer relationship.

4. Why did you decide not to include any dialogue in the film?

The initial few drafts were actually very dialogue-driven, and some of the later drafts had narration too. But after a while, I felt alot of it felt too clunky or unnecessary, especially since this was such a visual piece.

Like the scenery in Jeju played a huge part in the story, the idea of escape or a sanctuary, and I felt with dialogue it might have felt too grounded in reality. There was some subtle sound design to bring out the atmospheric quality, but the lack of dialogue helped that dream-like quality of a memory, which helped tied up the idea much better. 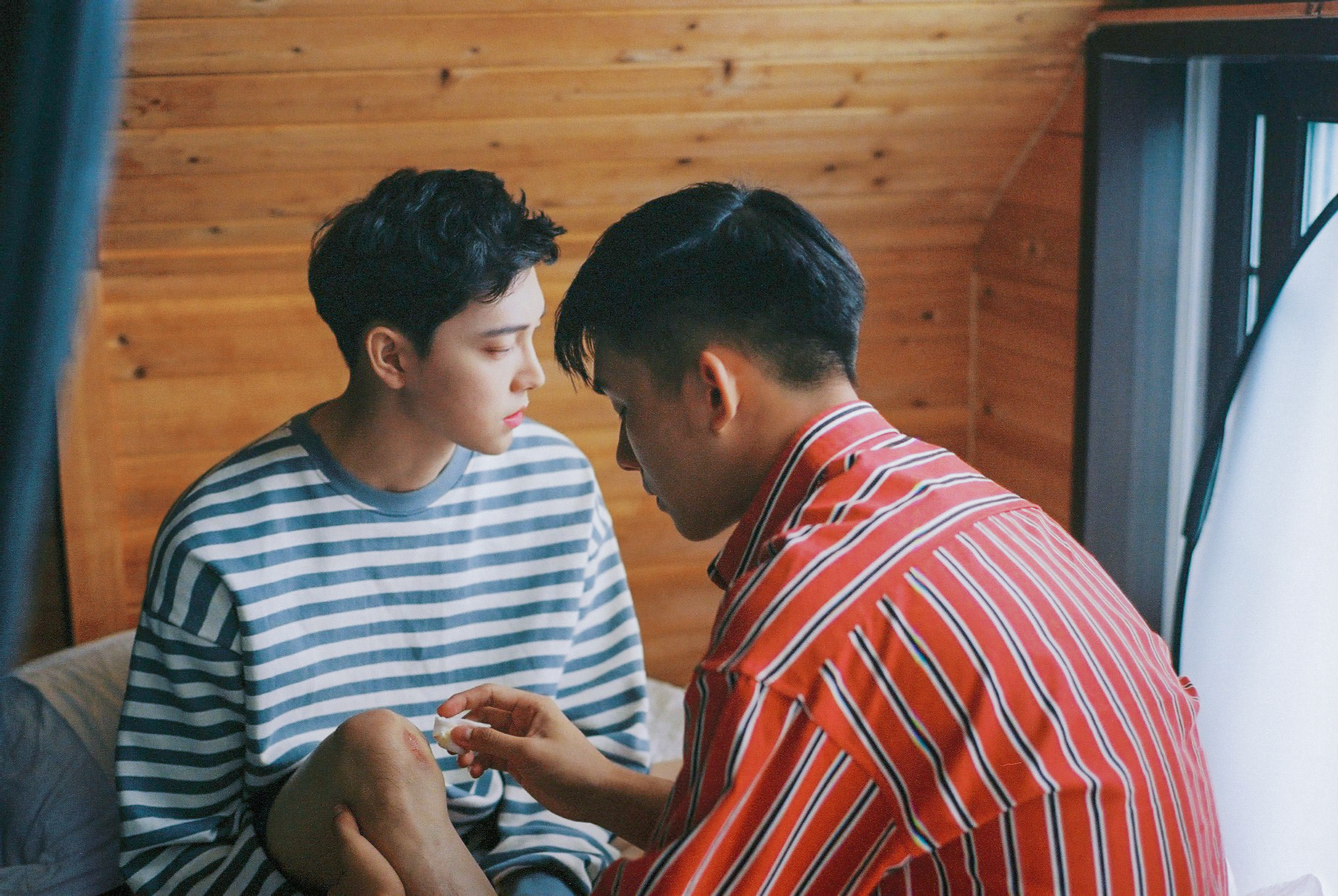 5. What were some of the challenges you faced in making the film?

Money was probably the biggest challenge. Being a passion project, we couldn’t approach this with a huge budget where we could afford manpower for every department, so the whole team ended up doubling up on multiple roles. I ended up having to okay multiple roles like co-producing, editing, art direction and even VFX! I I had to spend a few weekends to learn After Effects just to replace the sky in some shots.

Time was the second biggest issue. In Jeju, it was the most challenging just because we were there for a limited number of days, and some days the weather wasn’t good so we had to postpone or wait it out, and you can imagine how stressful it was to be at a mercy of a location with the clock ticking away.

As a freelance commercial director, it was extremely difficult for me to balance this film with my other commercial projects happening at that time. There were days when some projects got delayed and resulted in everything pilling up simultaneously, even when we were shooting in Jeju. It was weeks of sleepless nights from pre to post production.

But I’m extremely grateful to have such a strong team that supported this production throughout. Telescope productions was kind enough to lend us some of their equipment, as well as their producer Jeremy to help pull this project together. Minhua, who’s the creative director of Authority, also constantly gave his creative feedback on how we could make the short film better.

6. How has the reception to the film been like so far?

It’s been great! I mean it’s extremely encouraging when people tell you they really felt something watching it, regardless of whether they’re straight or from the LGBT community.

Of course there are people who won’t like it, but it’s always important to hear them out. It’s no secret we don’t get queer stories in mainstream entertainment in Singapore, and I feel as a result, a lot of us are deprived of LGBT stories, especially in films and TV. And because of this, I can’t blame anyone for wanting more representation in stories, because this film itself IS a reaction to that, to have a queer story front a Singaporean brand. That’s pretty rare in advertising in Singapore.

But that being said, I feel the only way for us to progress is to make more LGBT films, with more diverse casting, stories or even genres. If anything I hope this encourages more filmmakers come out to tell their own stories because we need the volume to make a real change. One 3 minute short film can’t make that change alone.

7. What do you hope people who watch the film will take away from it?

The author Michael Cunningham said once that we consume stories of people struggling so readily not because we enjoy them, but because in reading someone’s else struggles, we feel connected that we aren’t alone in our suffering.

I hope that with this short film, even though it’s meant to be a ‘feel good’ piece, it can give people a sense of encouragement, that there are others out there facing the same issues.

8. What’s the next passion project for you?

I’m working a another music video with a local musician (which is gonna be visually mind-bending so it’s exciting)  and scripting for another short film that I have no idea when is coming out haha.

Once again, Dear Straight People would like to thank Martin Hong for sharing his experience with us.